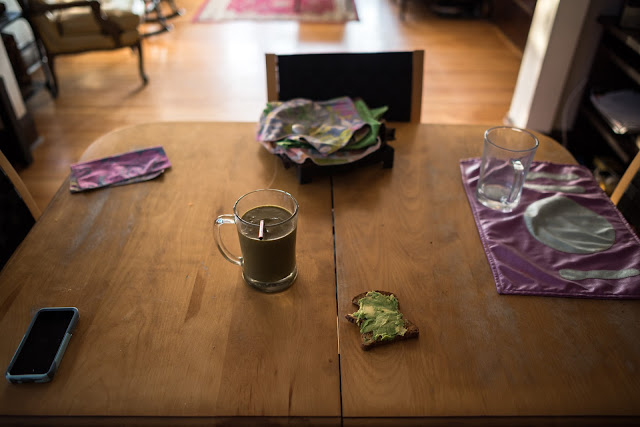 I woke up first again. We had plans to walk over to Bogart's Donuts for breakfast so I made a smoothie and avocado toast to tie me over. 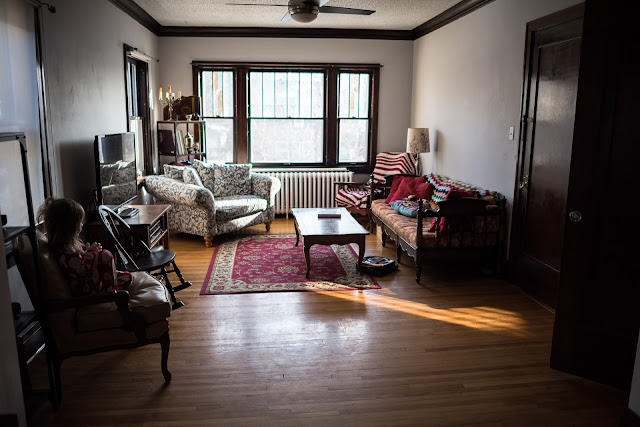 One thing we invested in with our move was a robot vacuum. Our old vacuum had quit sucking so it was time for a new one anyway. I figured with our limited space and being on one level a robot vacuum was the best idea.

It seems like a splurge, but it's so nice to let the little guy take on this boring task. 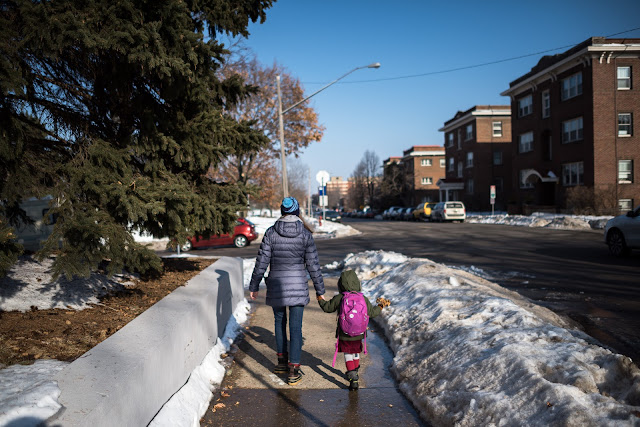 Meadow and I finally got dressed and walked to Bogart's. Had we known that all the sidewalks in the area were ice rinks we would've driven.

We had a spring day the day before and most of the snow from the storm melted into puddles. Then the temperature dropped freezing everything. 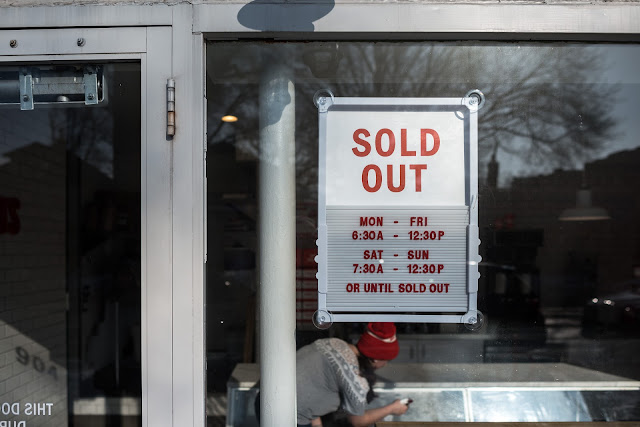 When we finally got there we got the bad news. They had sold out for the day. I guess we can't take so much time getting out of bed.

We will have to try again during the week. 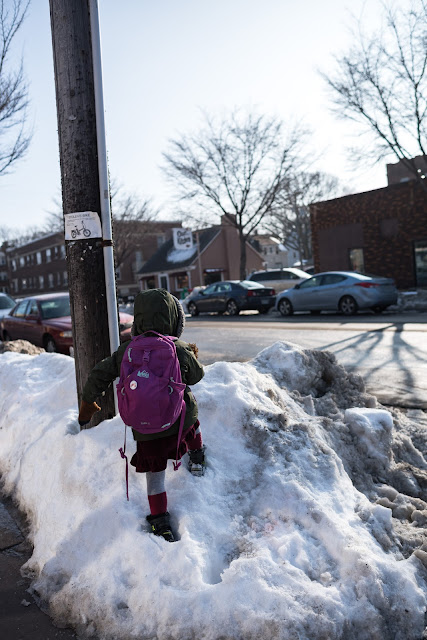 We debated on going over to Our Kitchen instead. Meadow really wanted to go to another donut shop.

Our Kitchen is just big enough for two rows of counter seating. It was as packed as you'd guess on a Saturday morning. 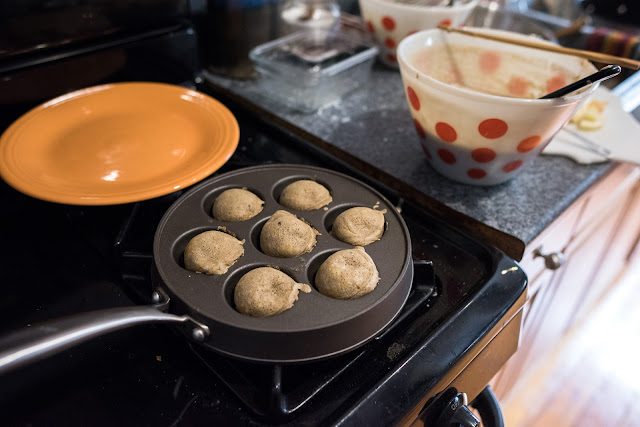 We went home for ebelskivers instead.

I made the good recipe. 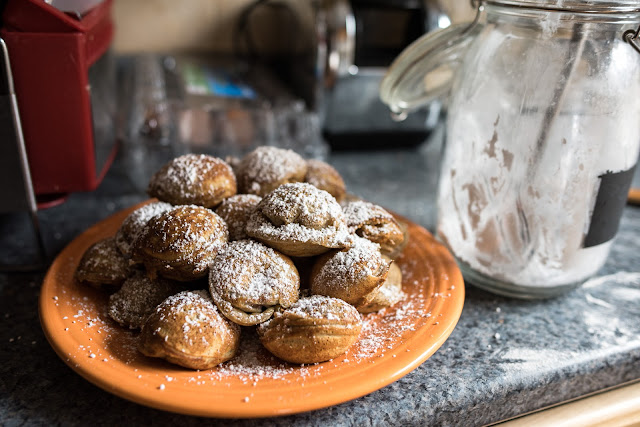 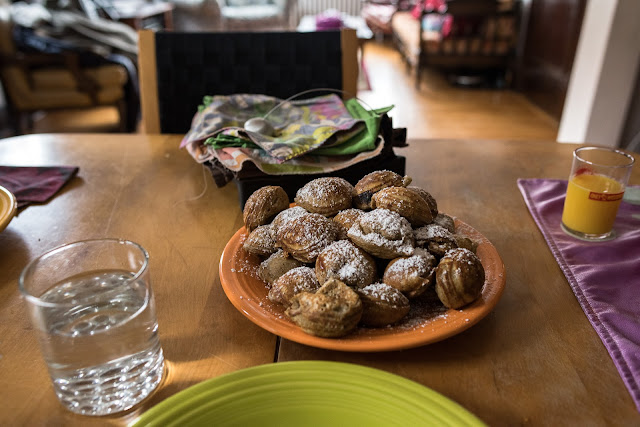 We filled them with apple and banana pieces, jam and peanut butter. Not a bad donut substitute. 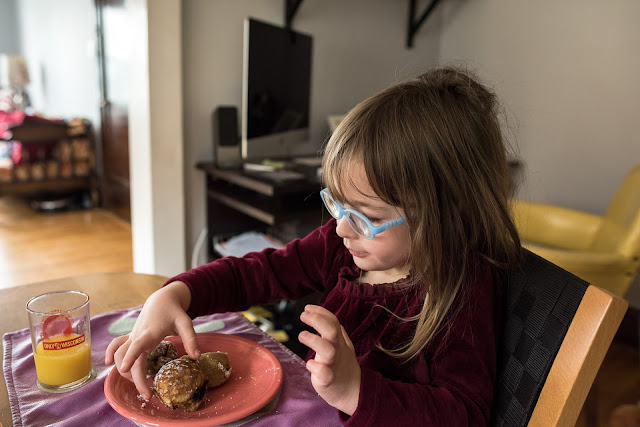 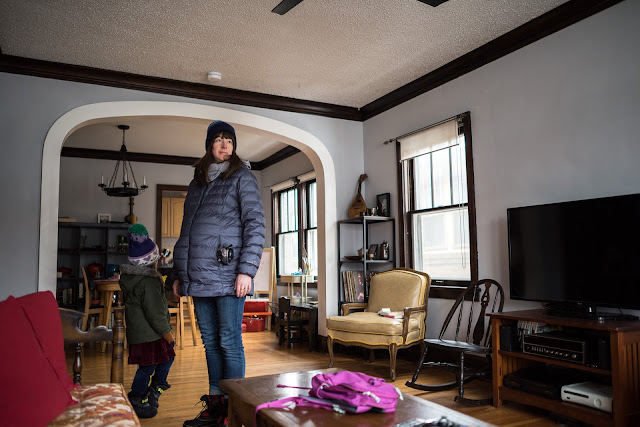 Then it was time to walk over to Lake Harriet. 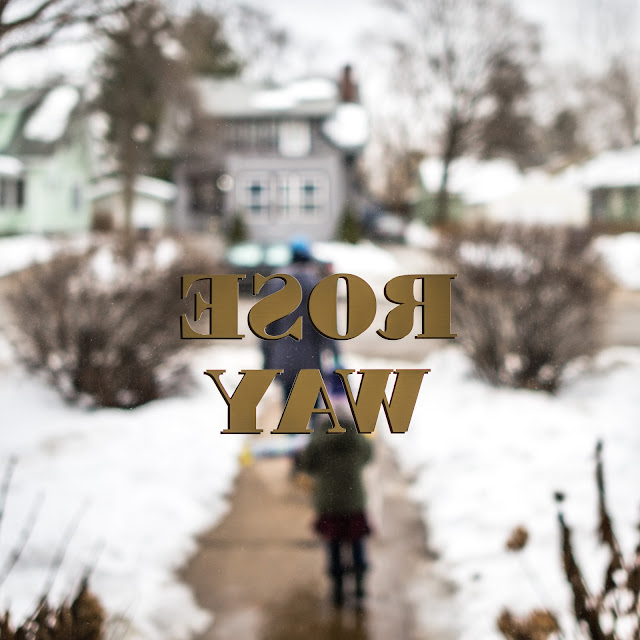 I love saying that we can just walk over to the lakes. Ha. 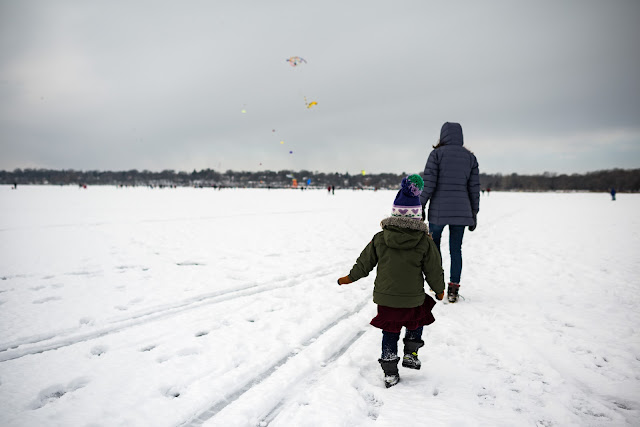 It was dark and cloudy when we started on the lake. 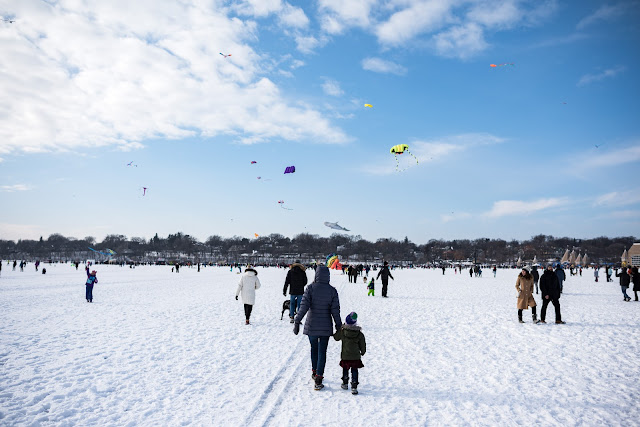 Once we reached the other side the skies cleared.

I love that we can walk over to the festival this year. No driving around trying to find a parking spot.

Brooke seems to agree on that point. 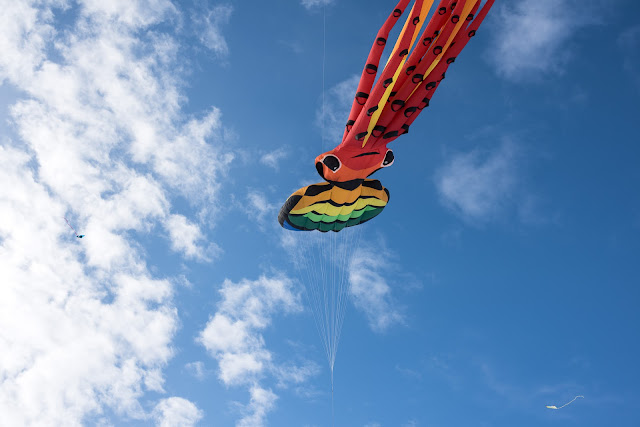 All the big guys were out this year. 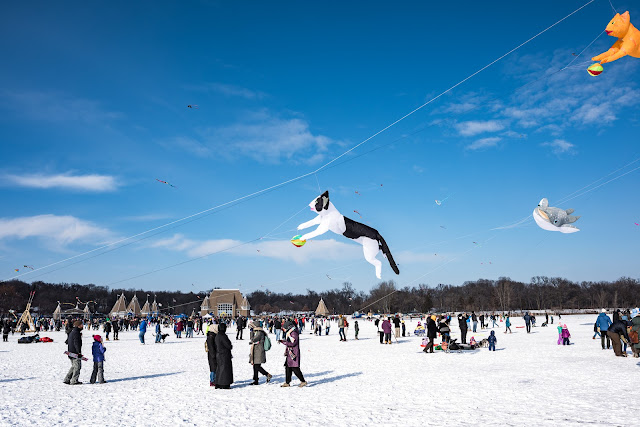 The cat kites are Meadow's favorite. 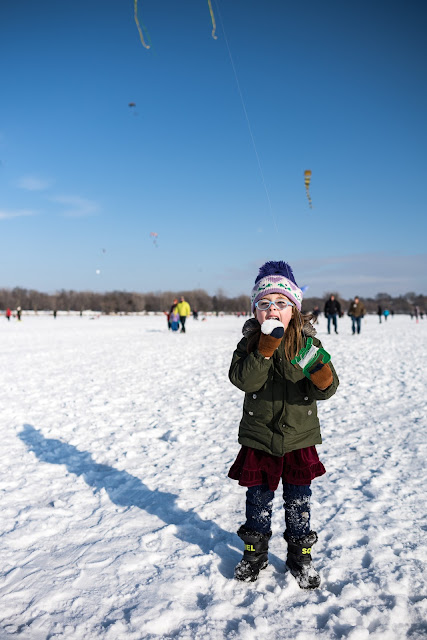 Meadow was more interested in eating snow than flying a kite.

We did some kite flying and managed to snap the lines of both kites, but quickly got back up in the air once we found ours. 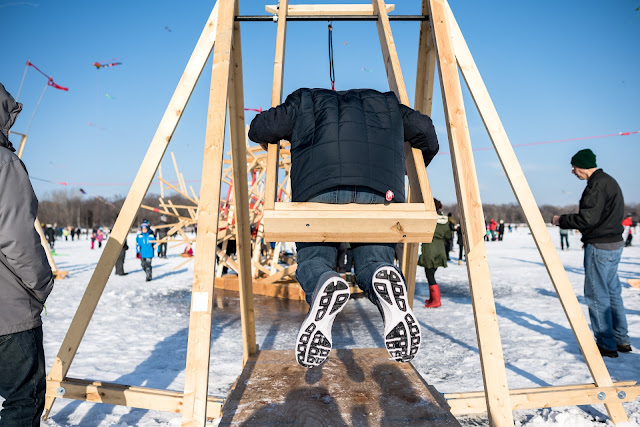 Meadow really wanted to try out the giant tip-up swings. 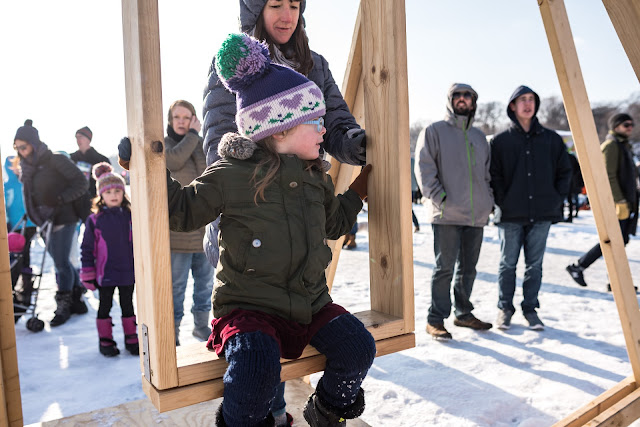 Once Meadow got her turn she didn't like it. She complained it was too high.

I was so surprised. Meadow loves swinging high up in the sky. 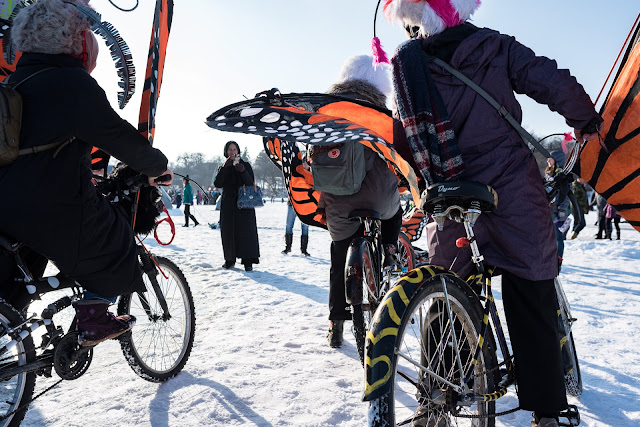 Once she saw the butterfly bikes she was too excited to try one out. 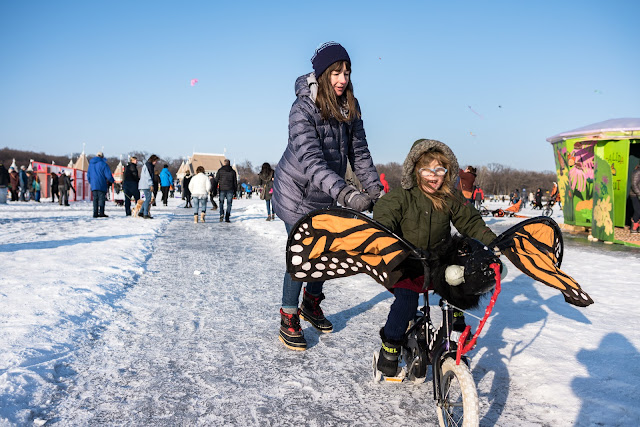 Finally Meadow got her turn on a butterfly bike more her size. 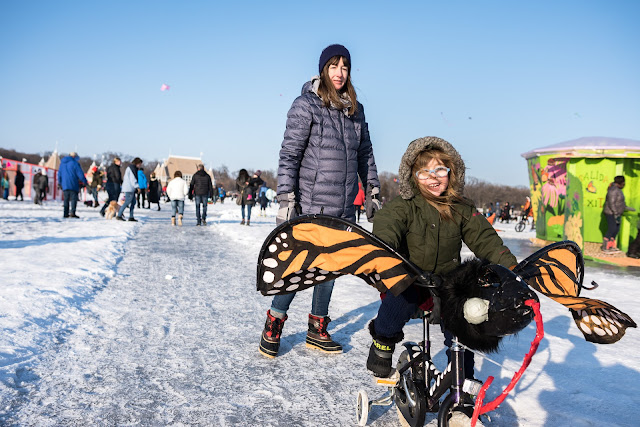 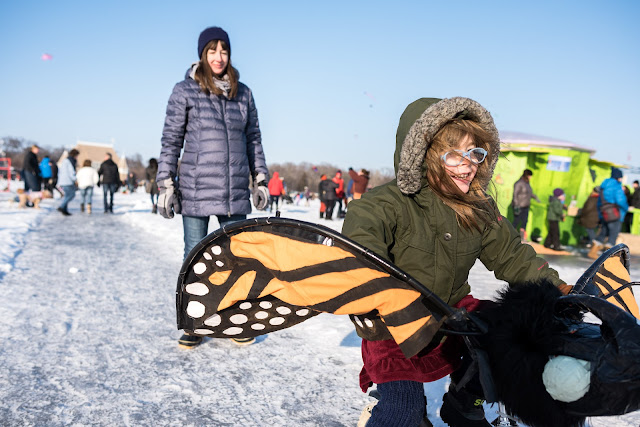 Other folks were hogging them before she got a chance. She couldn't have been happier once she got on. 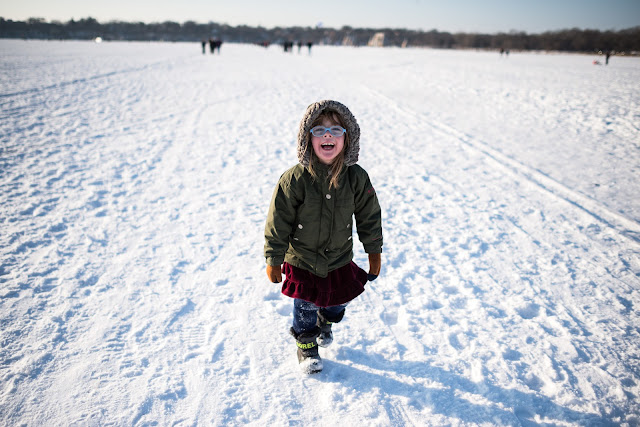 The Art Shanties were a little too crowded so we decided to try again another day. 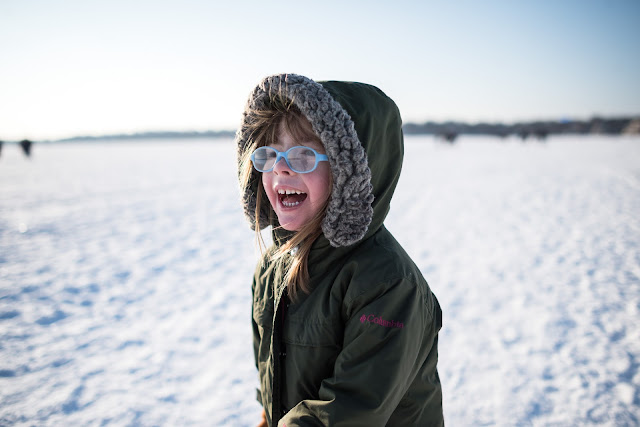 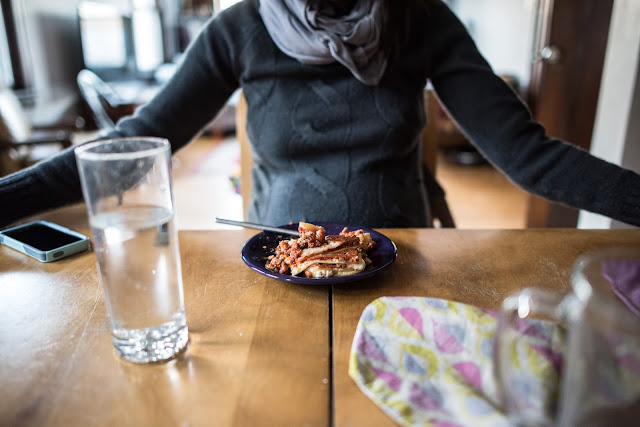 Back at home we had lupper leftovers. 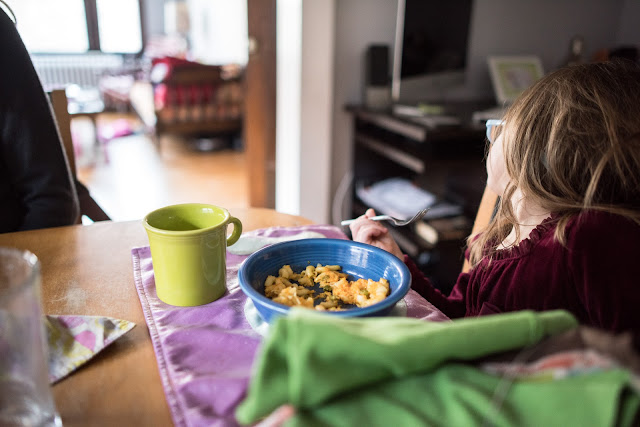 Mac and cheese with hidden veggies for Meadow and super spicy chili for me. 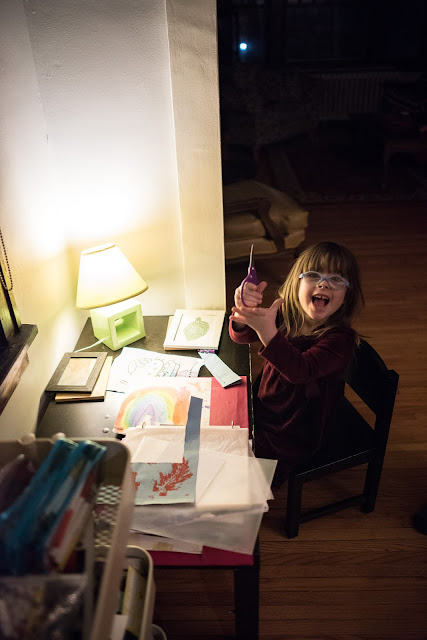 The only thing left in our little place is to hang pictures. We had Meadow pick out some artwork that she wanted framed. She even cut them herself to fit the frames. 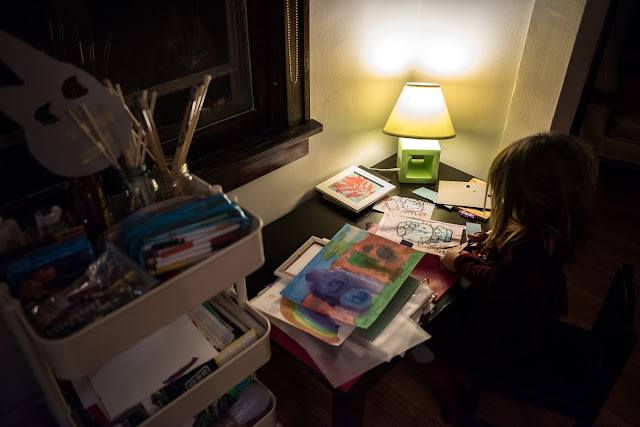 I made the outline and she made the cuts.

While she did that we picked out photos we wanted printed. 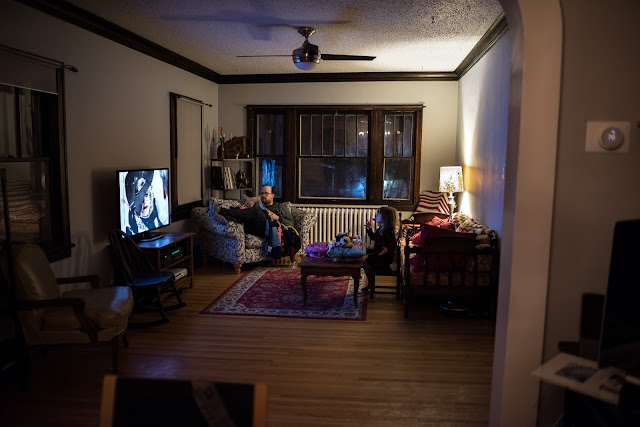 Then we ended the night by watching 101 Dalmatians.

The live action version from the 90s. I don't remember it basically being Home Alone with dogs.

The Hunt for a Perfect Vintage Airstream

By Scottie and Brooke Tuska April 02, 2017
So the Fialas had been staying at our place going on two weeks. Tyler had bought the SUV, but he was waiting on the title to show up in the mail from the bank in South Dakota.  So, what would you do if your hunting for the perfect Airstream? Well, he decided, after nearly buying one near the Twin Cities, to broaden his search. He asked me one night, probably during a game of Madden, if I wanted to tag along to look at a 31 foot Airstream with the coveted rear bedroom setup in Algoma, Wisconsin. I told him I'd tag along, as long as we were going to come home with an RV. Scott mentioned he was going with for the day.  I jokingly said to make sure they are back before Wednesday.  The yearned for rear bedroom Airstream was a bit more ragged than he anticipated. While he looked it through and through, I checked out the  Airstream Classics collection of very rare and sometimes strange Airstreams. I really dug this tiny stove in a 50s vintage. Af
Post a Comment
Read more