A Rare Weekend in Minneapolis 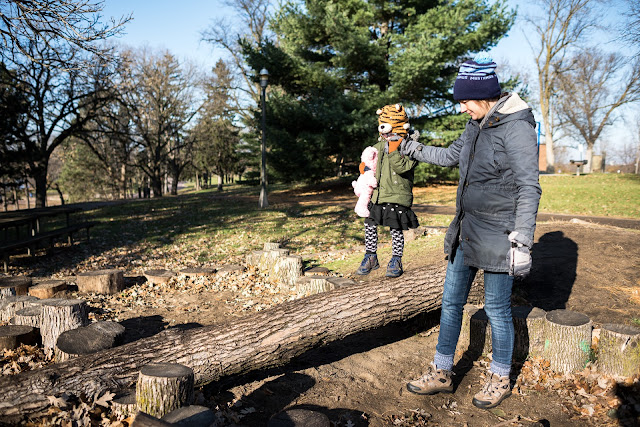 For the first time ever we got up early and were out of the house before 10am. We headed to Lake Nokomis for a Nature Club meetup. Nokomis Park had recently replaced their playground and added  a natural playground. Meadow was loving the balance beams. 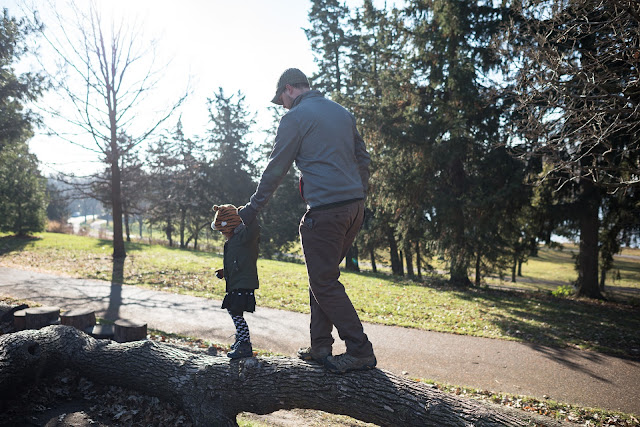 She even got me, Mr. I'll-Watch-You-Play to try it out. 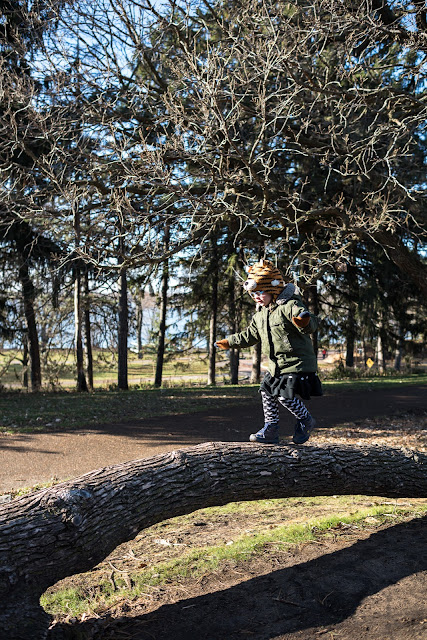 Before you know it Meadow was racing back and forth down the tree balance beams. 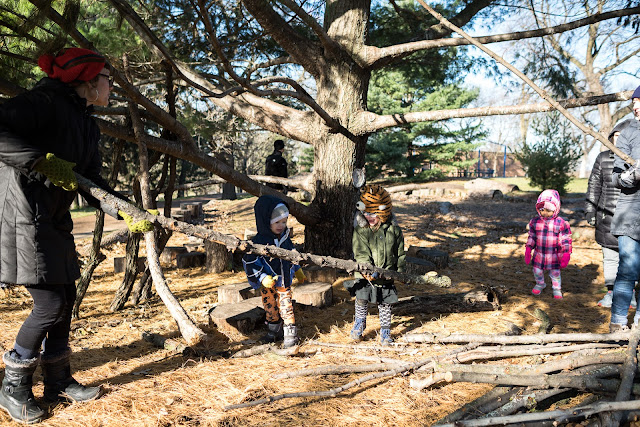 Our friend Anna runs the nature club for the Minneapolis Park Board. She lets the kids take charge and explore the environment. This time they built a structure out of branches.

All the kids and adults were involved and helped each other out. 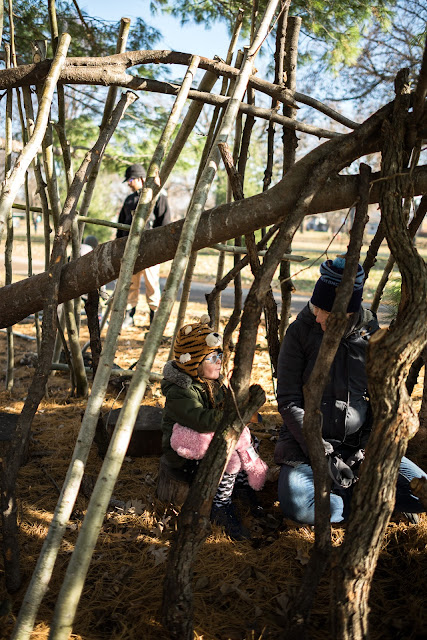 It turned out to be a pretty nice structure. 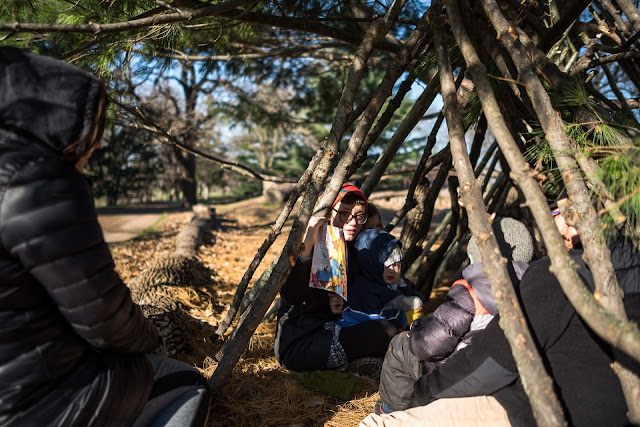 Once it was built everyone crawled inside and Anna read a book about fall. It wasn't the book she had planned, but all the kids liked it. 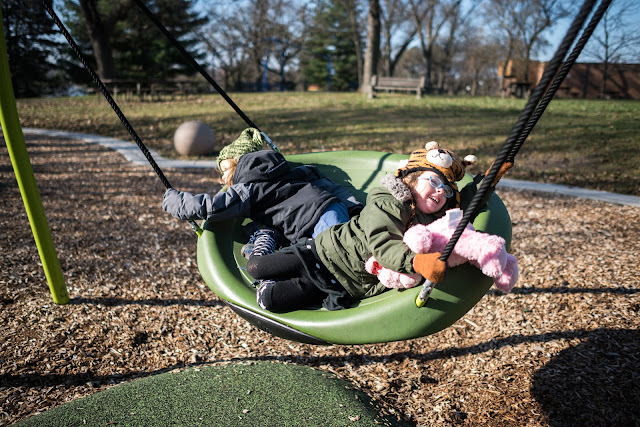 Before leaving the kids played on the playground. 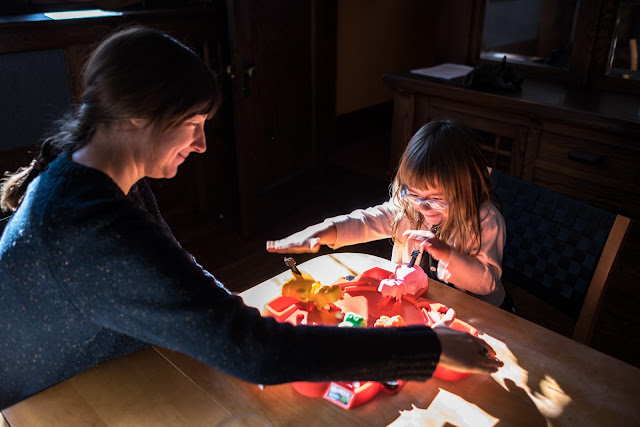 Back at home Meadow and I played some games. 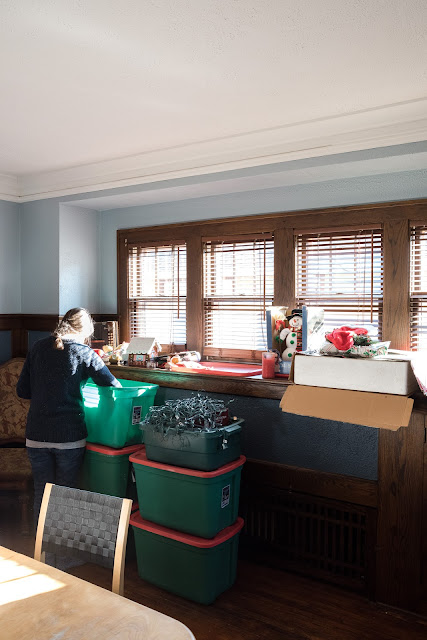 Well we accepted an offer on our house and put in an offer for a condo.

Since we will be packing up before Christmas I figured it was okay to put out a few decorations before Thanksgiving. We also needed to slim down our 6 boxes.

We're not going to have nearly the storage that we currently have nor the space for endless Christmas decorations. 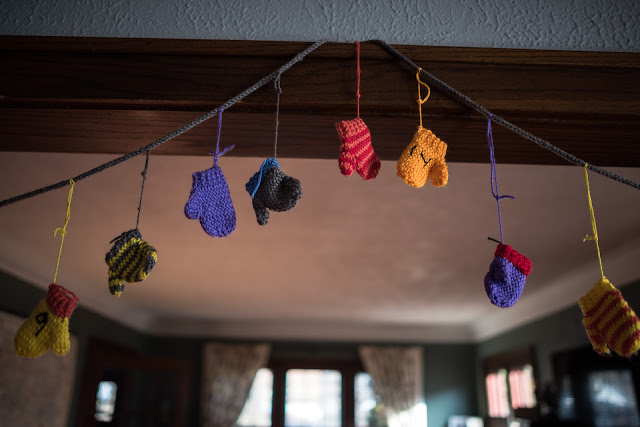 Of course the advent mittens had to go up. 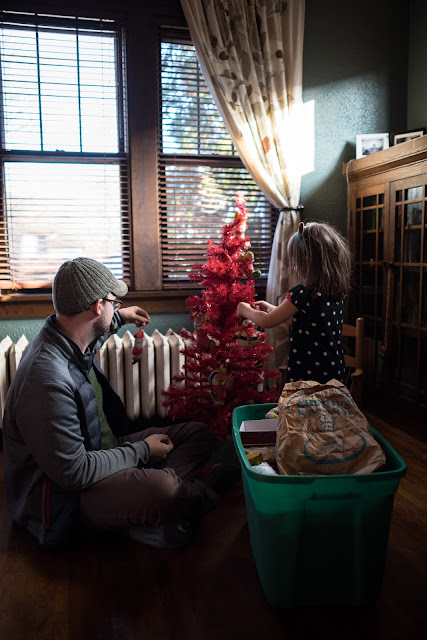 Just the little tree this year. 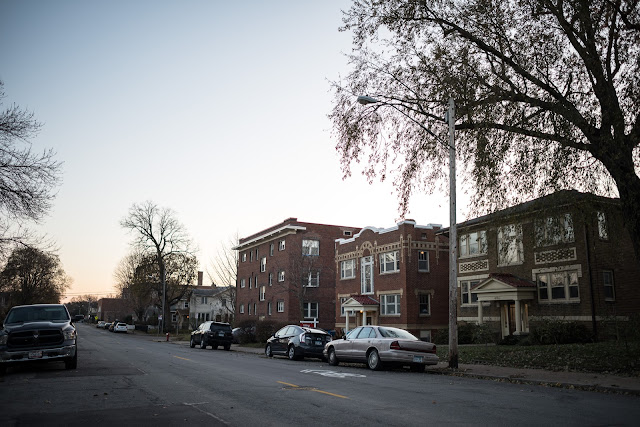 After we finished decorating the house we had to drive down to our potential condo for the inspection walk through. The condo is in southwest Minneapolis near Lake Harriet. We never imagined ourselves living in such a swanky area, but it turns out we could afford a condo. Where we'll be living, is a mix of older apartments and charming, but expensive homes.

It will be change losing 1000 sq ft of space with a baby on the way, but I think we are going to love living here. 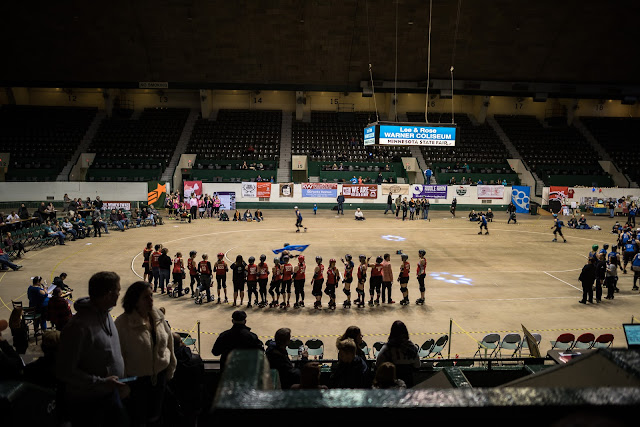 After the inspection we were invited to the Northstar Roller Girls Roller Derby.

My friend and realtor, Nate, is sponsoring the league this year.

I had never been to a roller derby before and was completely lost at first at how the points work.

Eventually we caught on. It was a pretty entertaining way to spend a Saturday night. 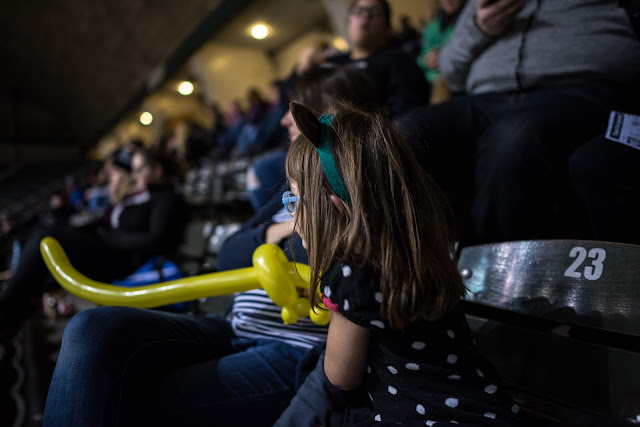 There was a guy making balloon animals for all the kids. Meadow requested a sword and was having so much fun with it that she popped it. 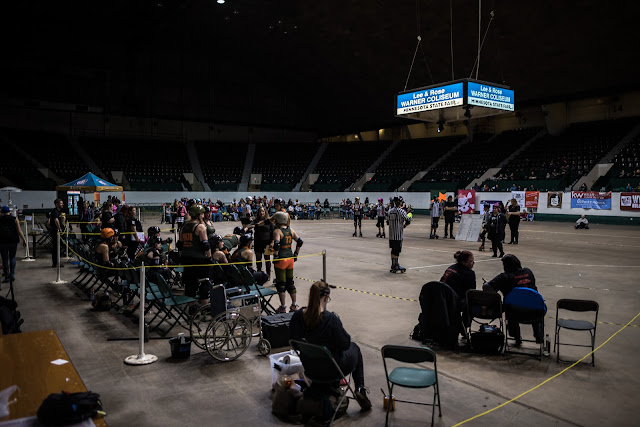 So then I took her back down to get a new one. This time she picked a flower. 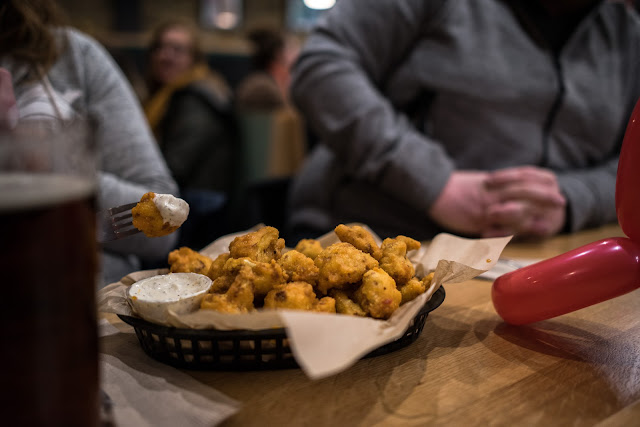 At this point we hadn't eaten dinner yet.

After some discussion with Nate, Jess and their friends we ended up at J. Selby's in St. Paul. When we first sat down a part of Meadow's balloon popped. The whole place stared at us. Whoops.

The cauliflower "wings" were really good. 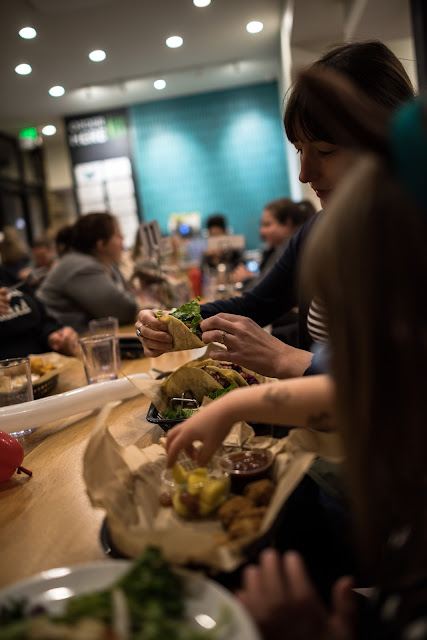 Brooke got faux-chorizo tacos, Meadow the near-chicken nuggets and I got a simple asian stir fry. After finishing I kind of regret not getting one of the fake meat menu items. We'll have to take Blake here next time he's in town.

It was getting late and we were ready to head home.

It was a nice change of pace to actually go out with people back in the cities. We usually only go out with folks when we're out of town. I think that might change a bit after we move to the new place near Lake Harriet.