By Scottie and Brooke Tuska August 13, 2017
When my parents came to visit back in February and we tried to go on a tour of US Bank Stadium, we noticed on the screens that Coldplay was coming this summer. Of course my dad had to get tickets and the weekend of the show finally arrived. 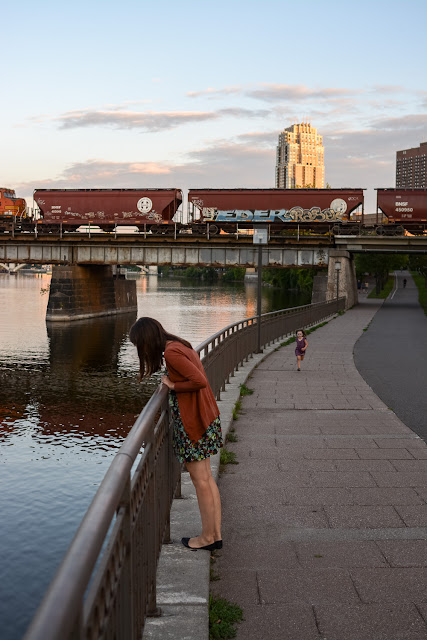 My parents arrived around dinnertime. After we fed them, the night was still young, so we decided to take them for a walk along the Mississippi. 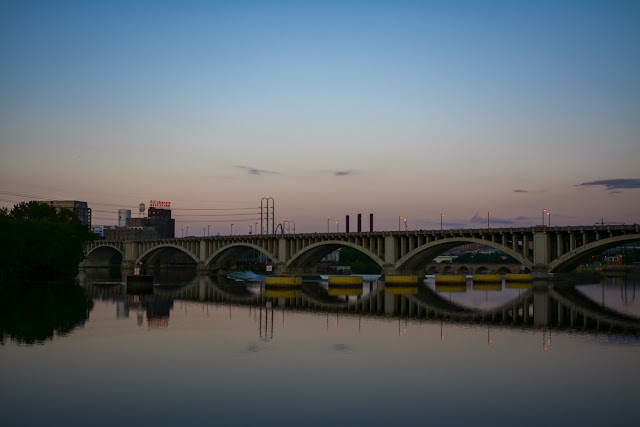 Isn't this what folks do when their parents are in town? 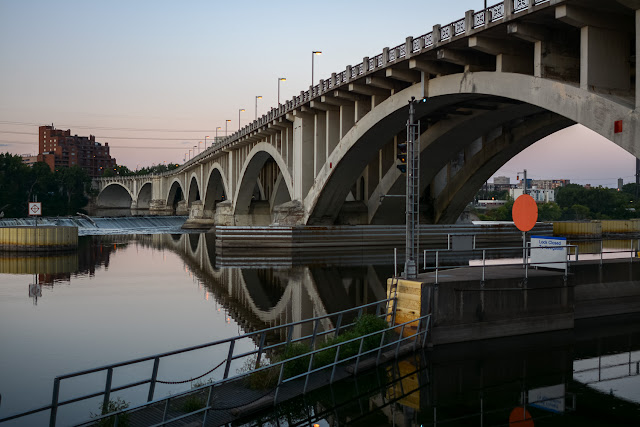 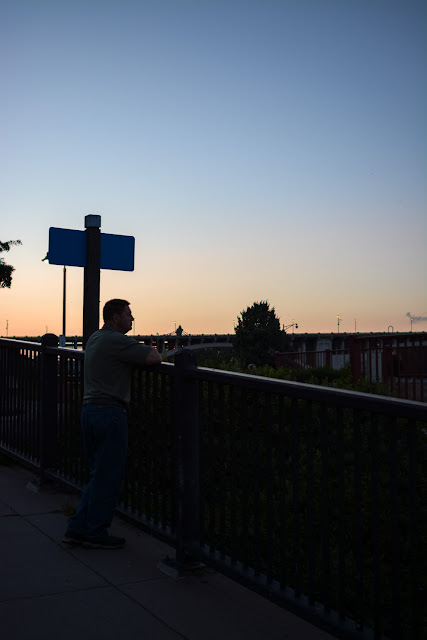 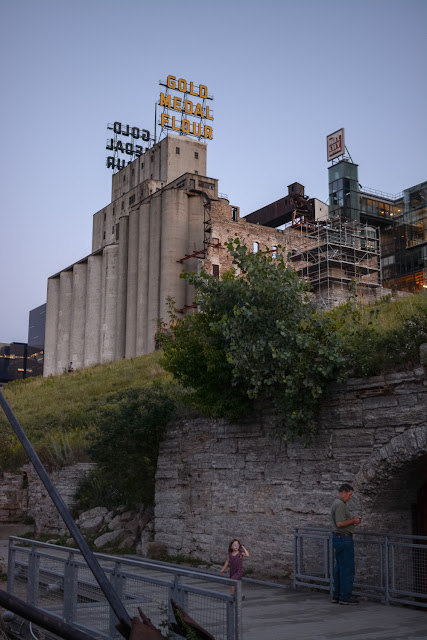 We walked all the way from the North Loop to the old ruins below the Mill City Museum. When we got down there it was swarming with gnats. It was still a nice walk.

I knew my mom would love seeing all the old ruins. 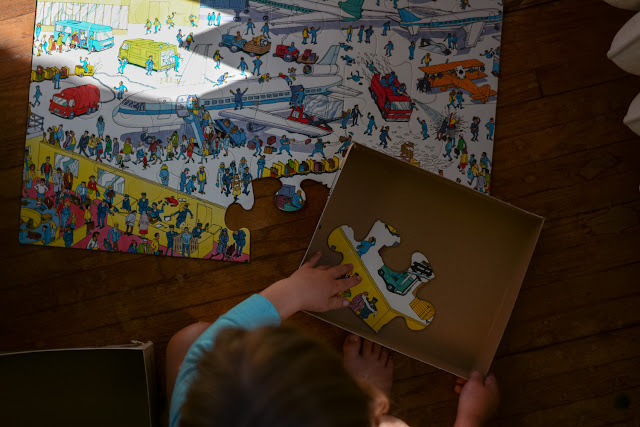 The next morning I woke up to my dad and Meadow doing puzzles. 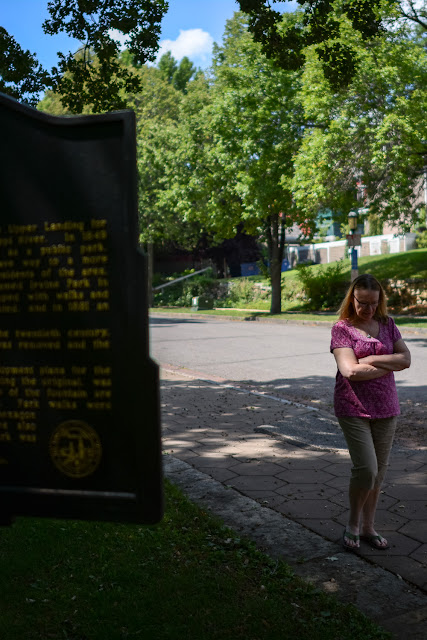 Since they were here, we had to use my Minnesota Historical Society Membership.

After all they bought it for her for Christmas.

With the concert tonight we decided to do something that would be quick and not a ton of walking around. We chose the Alexander Ramsey House tour. 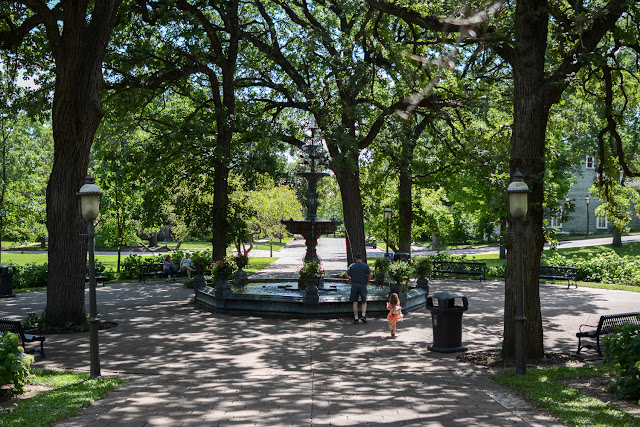 When we arrived we had missed the tour by a few minutes. The next one wouldn't start for another hour. We decided to take a walk around Irvine Park while we waited. 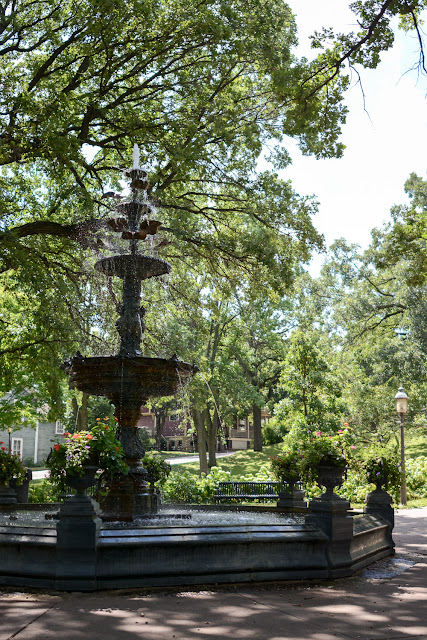 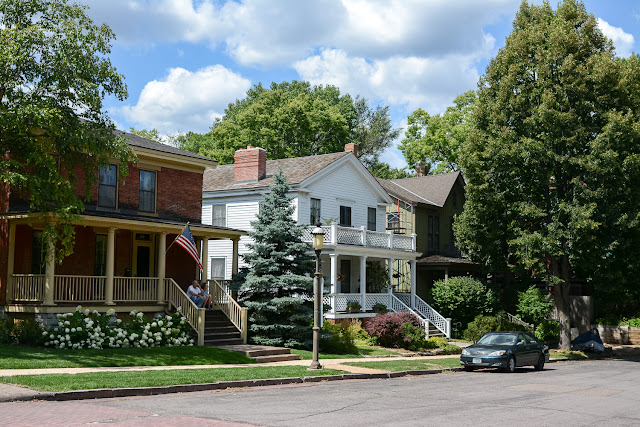 We also took a walk around the block to look at the neat houses. One house was for sale and my mom loudly said, "Oh that roof is really bad, they need to fix it". Then we noticed the owner was chilling on his porch. 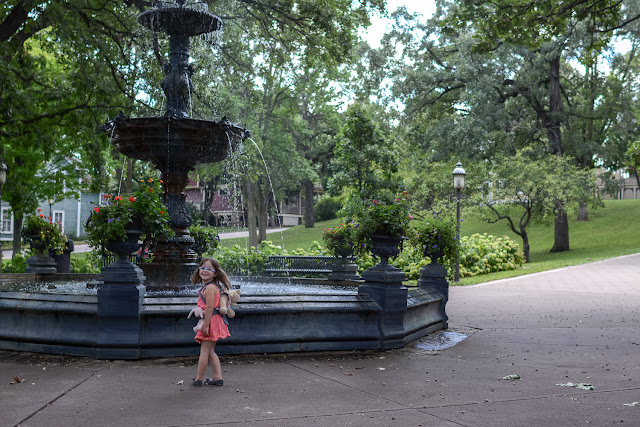 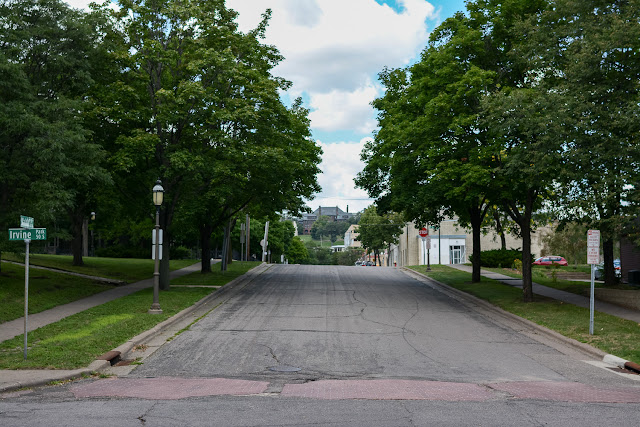 Hey, you can see the James J. Hill House from here. 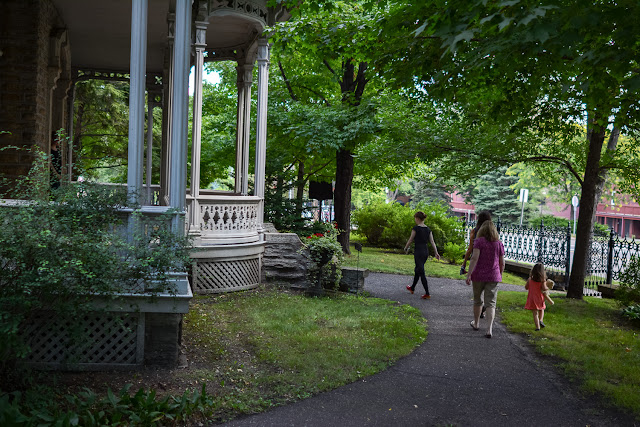 Sadly no photos are allowed inside the house. I actually was expecting the home to be smaller and not as extravagant as it was.

Being the first governor of your state brings perks. 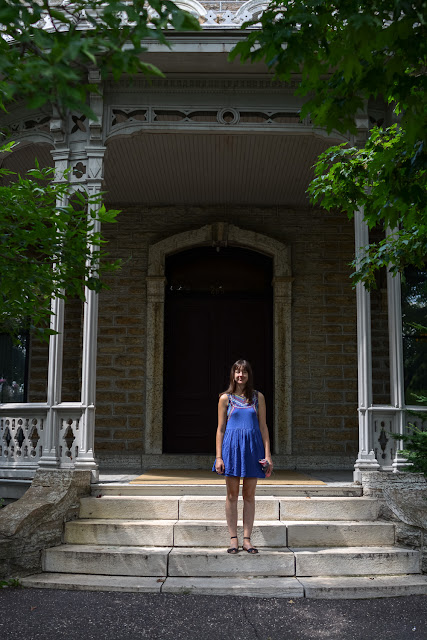 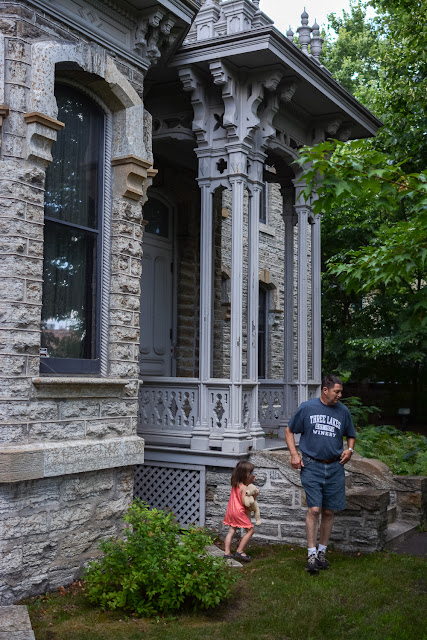 Before we could go we walked around the yard. 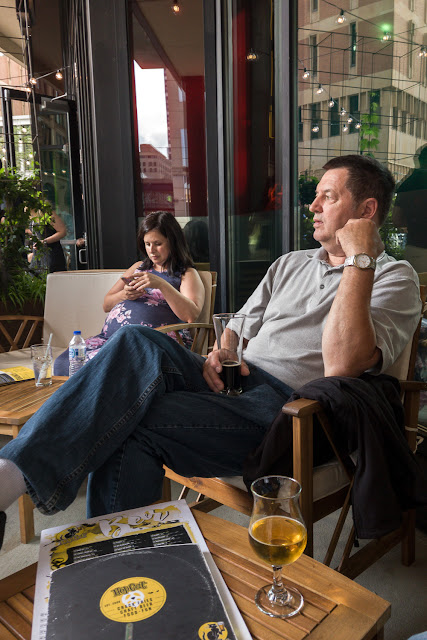 When we returned home we got ready and rested before the concert. We left Meadow at home and decided to park downtown and eat down there, then take the light rail. Our plans to eat at Pizza Luce were quickly changed when they had their block party going on. We walked over to the new HopCat instead.

Lots of beer and pretty good food. It was a win.

It was super packed and the music was too loud we couldn't have a conversation, but lots of beer choices. 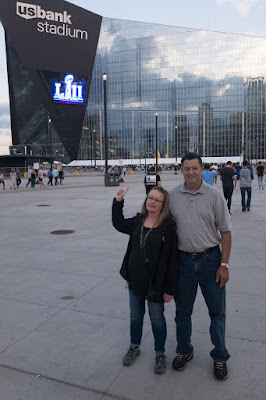 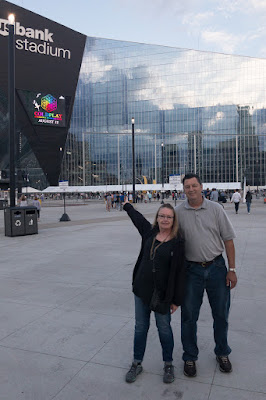 Alas, I don't think we'll be going to the Super Bowl unless I somehow get press credentials. 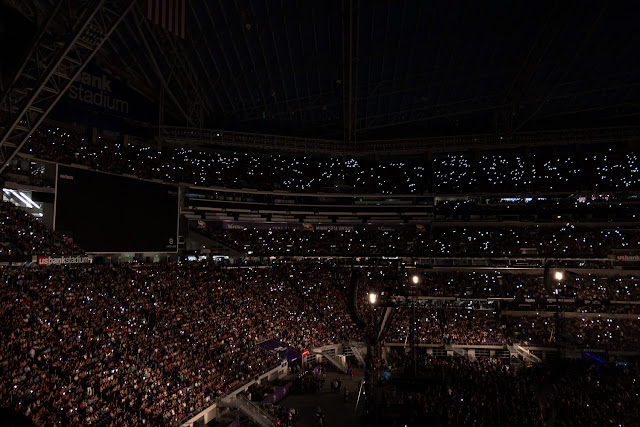 Before the show started the audience did the wave and lit up the stadium with their cell phone flashses. Total nerds.

I thought it was cool to see the reflection in the glass roof. 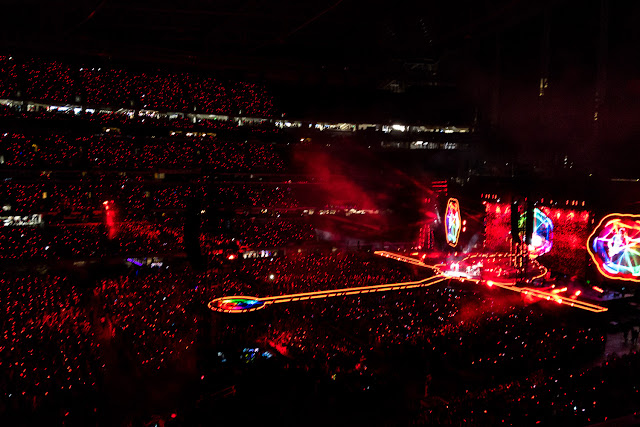 The show started with lots of lights and fireworks. Everyone in the audience got an led wristband that changed color with each song. It was pretty awesome.

I'd never been to a stadium show. I thought it would feel too big, but the energy from the crowd made it awesome. Plus Coldplay were really good live. 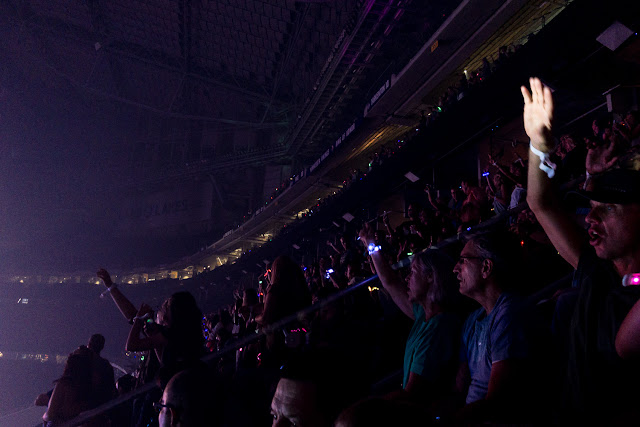 We ended up being in a boring section. Everyone around us wanted to stay seated the whole time.

I'm pretty sure we were what made the section boring.

After the show we thought we would hit go out for a drink. We decided on Betty Danger's. Only they wouldn't let us in because mom and I didn't have our ID's with us. My mom said, "But she's 32!" 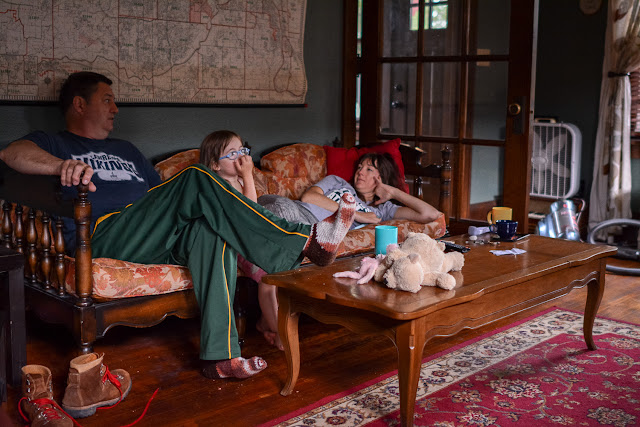 The next morning we were pretty tired from the night before. 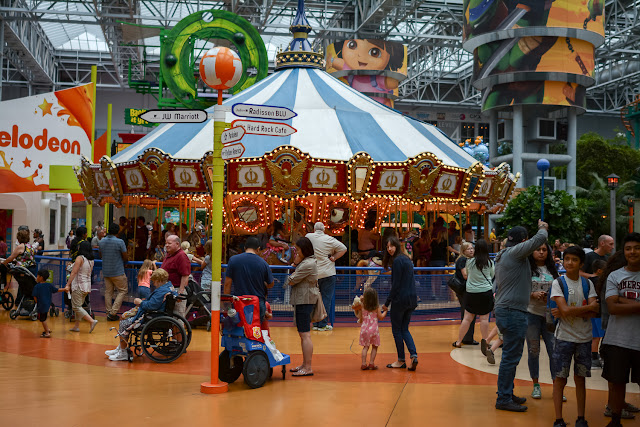 We had plans to go to Como Town, but outside looked dark and the forecast said rain all day. Meadow said she wanted to go to the American Mall, so we did. 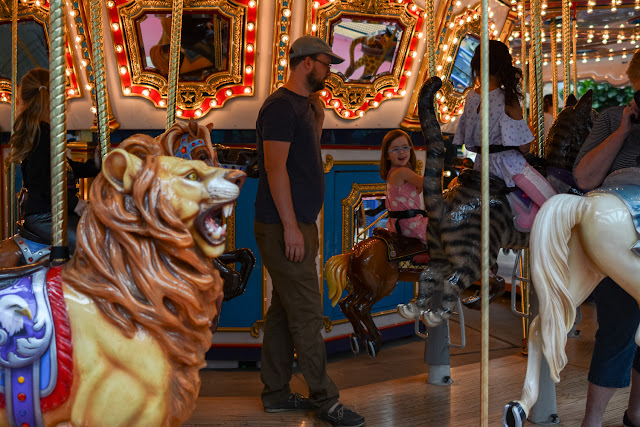 A carousel ride is always the first thing we have to do.' 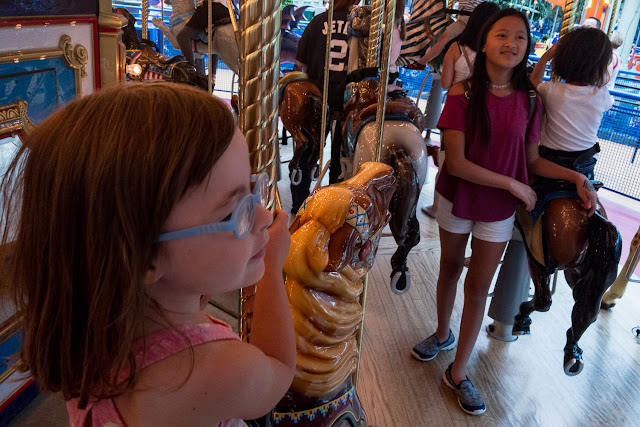 For some reason she chose me to go on the carousel instead of G.G. or grandpa. 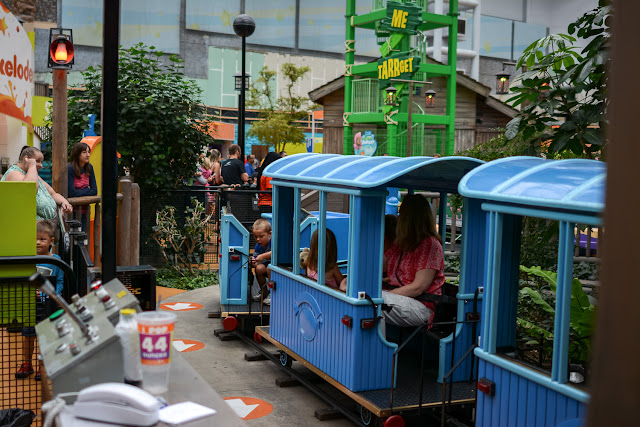 She then wouldn't go on anything else except the train.

Now we've got leftover tickets for the next time we go to MOA. 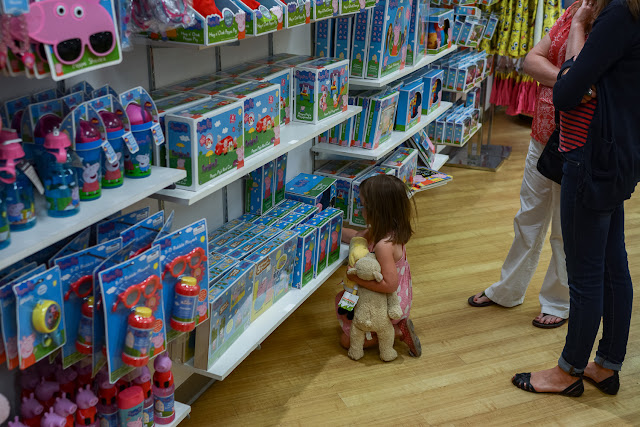 Then we followed Meadow into toy stores. 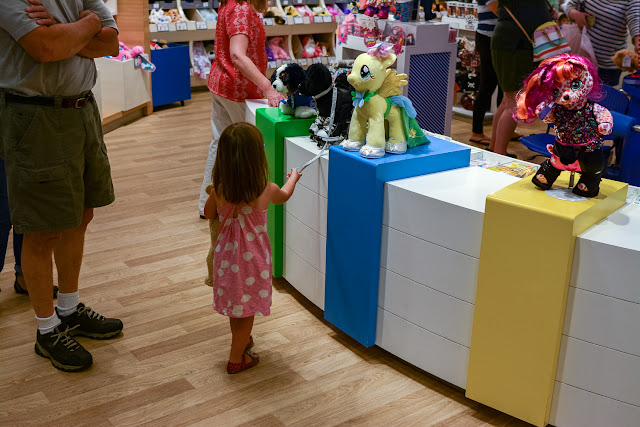 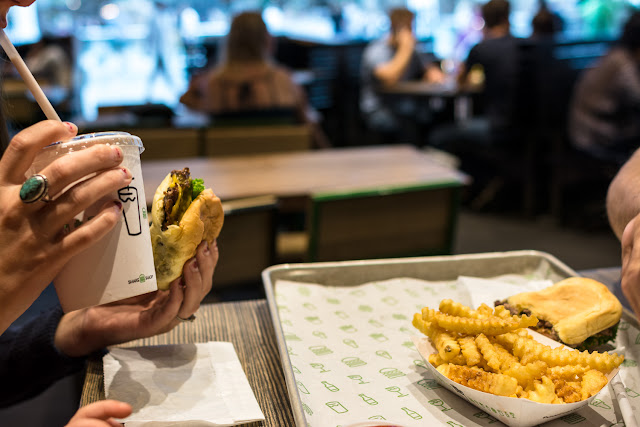 We settled for Shake Shack for lunch. I like the place, but always feel like I could eat some more.

After lunch my parents had to leave us and head back home. I feel like they just got here! 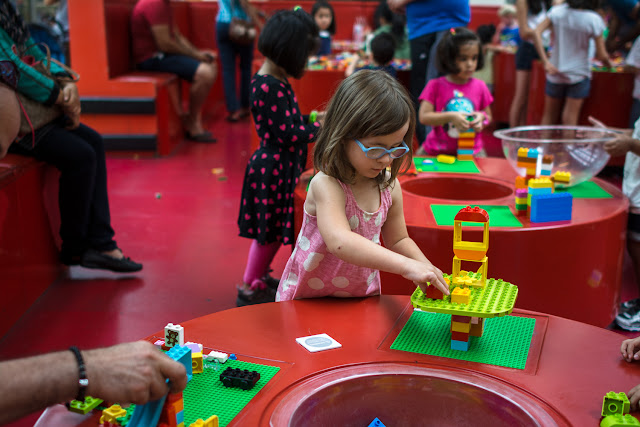 Meadow played at Lego Land before we went back home.