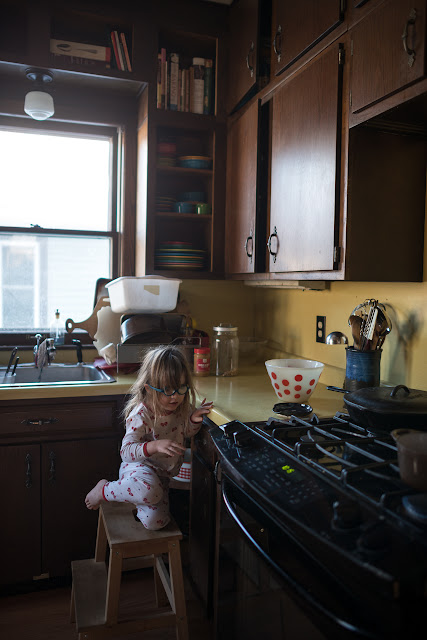 I was apparently really tired and slept way later than Scott. 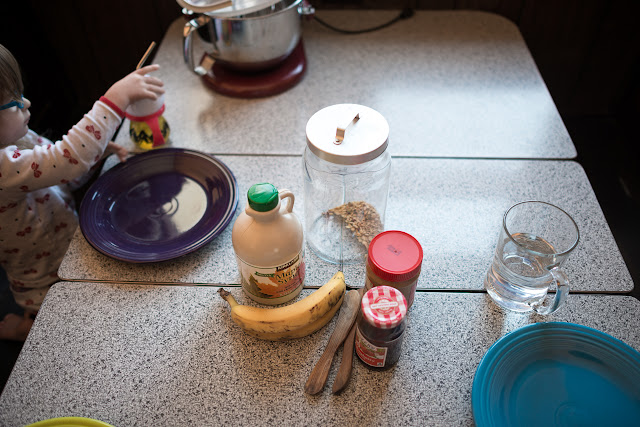 I made us crepes with what we had. Apparently I failed to take any pictures of the actual crepes. 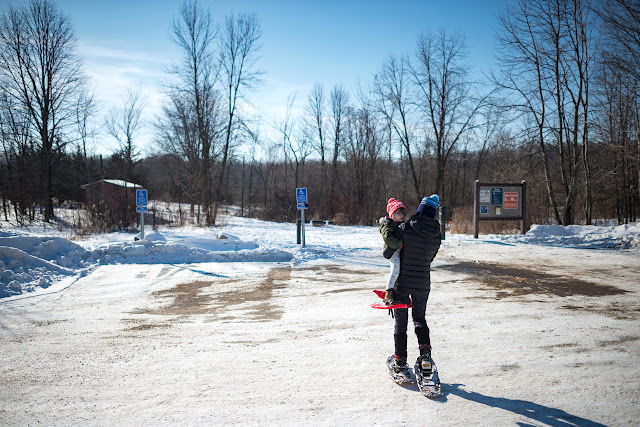 Since we hadn't all winter, today seemed like a good day to do some snowshoeing. I chose Baker Creek Reserve as it had the most trails.

Funny thing was that Brooke thought it was in Bloomington. It was in Medina on the other side of Hennepin County.

I looked at a few parks and they blended together in my mind.

We put Meadow's snowshoes on right away, but she quickly changed her mind and refused to walk with them. 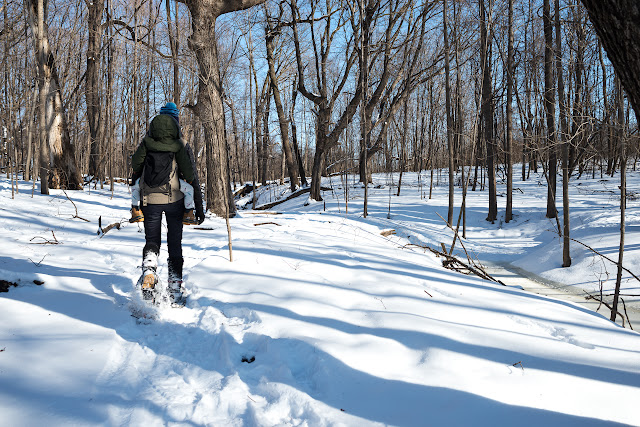 So we carried her. 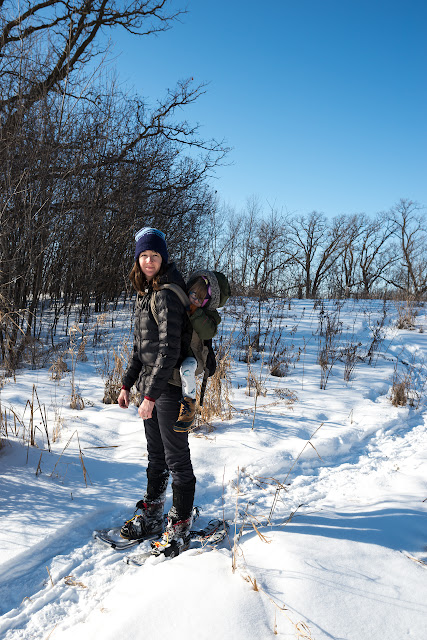 We have really put this Ergo to good use. 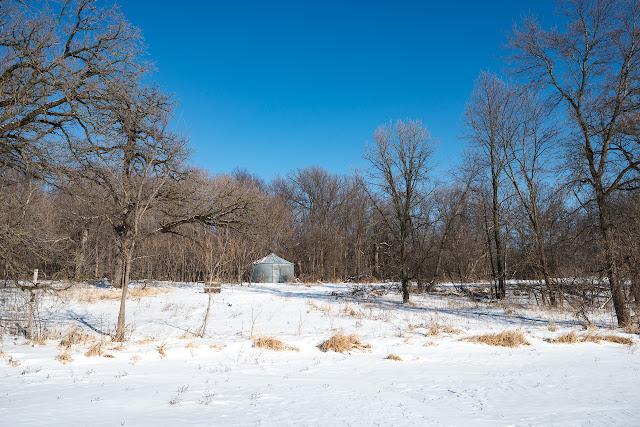 We wondered what this grain storage shed was doing in the middle of the park. 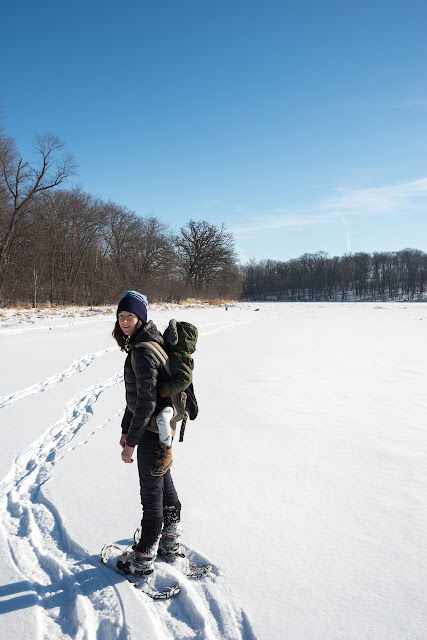 I apparently got used to the sub zero temps. 20 degrees and the sun was making me sweat. 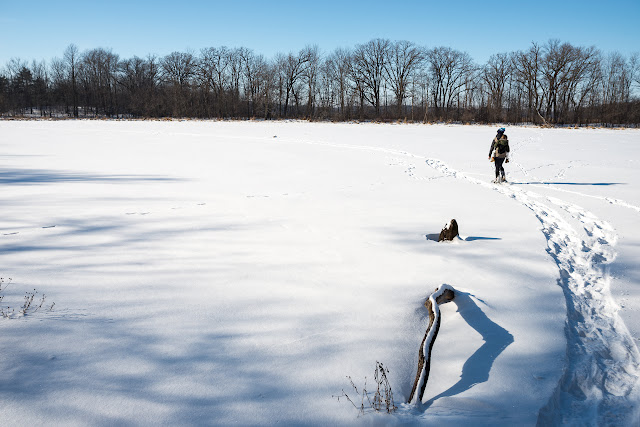 We followed some other snowshoe tracks and occasionally took a detour. 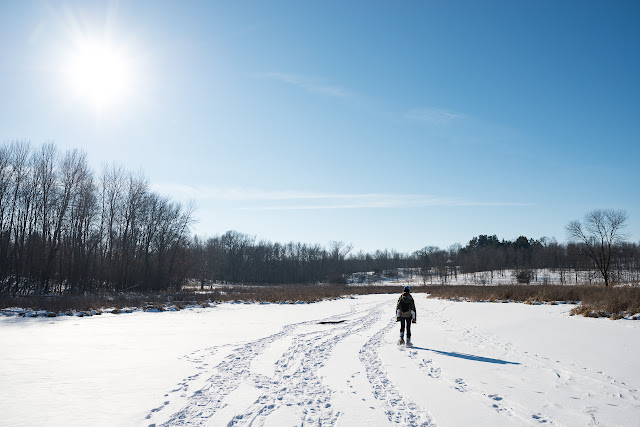 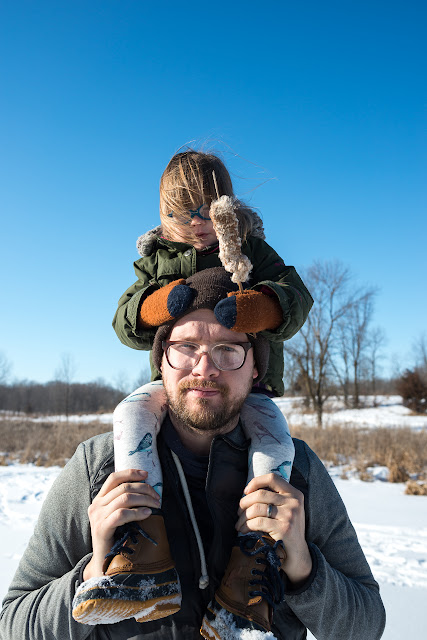 Eventually Meadow's weight was slowing me down. 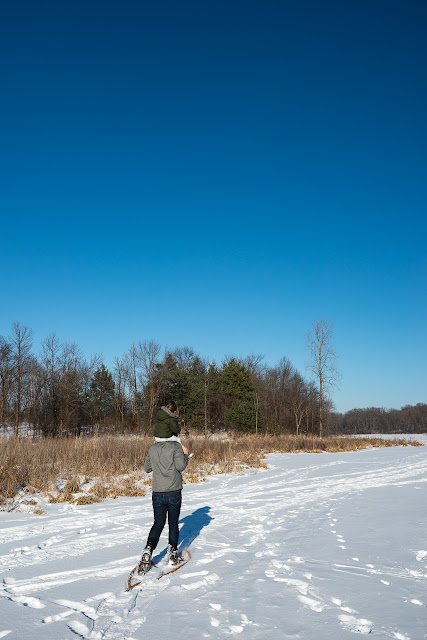 I wanted to carry Meadow on my shoulders. This only lasted until we crossed this lake. 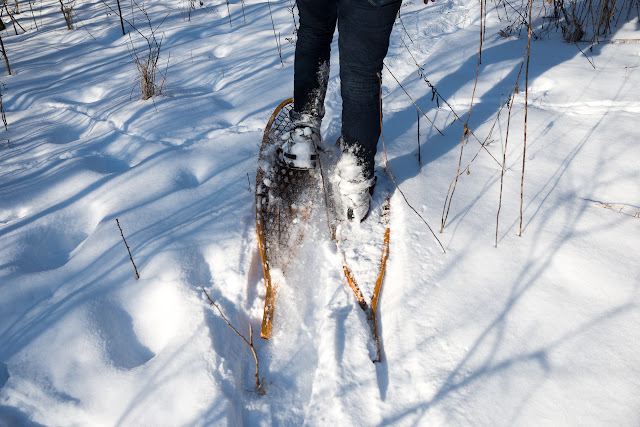 Somewhere around here one of my snowshoes started falling off. One strap needs to have an extra hole or two punched. The buckle has been stretched over the years. 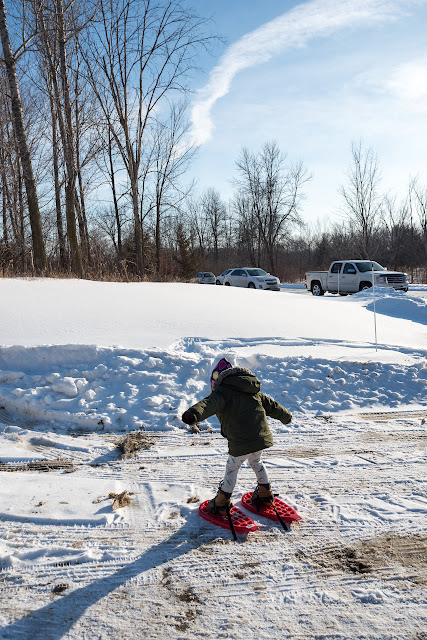 Before we got in the car I asked Meadow if she wanted to try snowshoeing agian. She actually agreed and walked around a bit. Poor kid has to work really hard with her little legs.

I still remember when Brooke hoped she'd go with us when she was two. At three she's still too short. 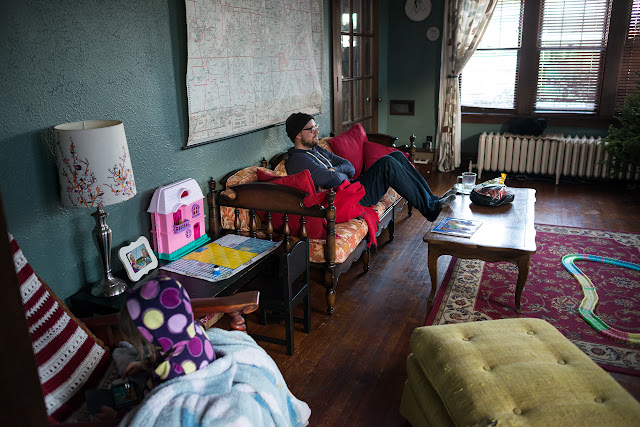 We got home just in time to watch the big Packers-Cowboys game. Go Pack Go! 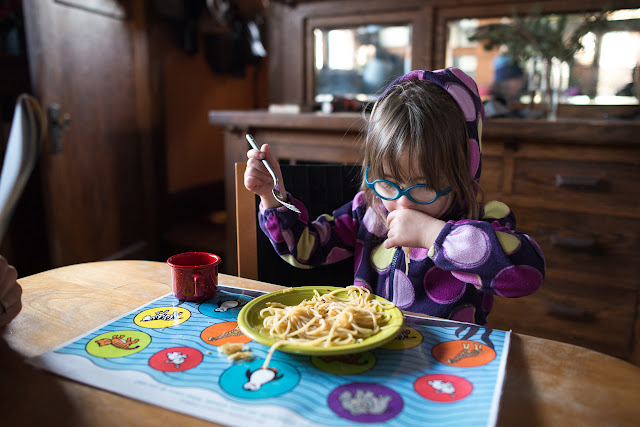 I made us makeshift pasta with sauerkraut, bacon, garlic and a bit of caraway. I thought it was pretty good.

Then the Packers won after nearly giving me a heart attack. For the next week all I'd do was read up on the Packers and listen to football podcasts. 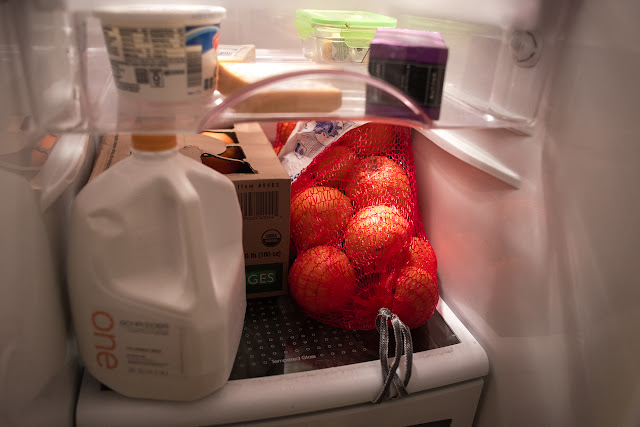 After the Packer game we went grocery shopping as there was an icy snowstorm coming.

We bought a boat load of oranges.