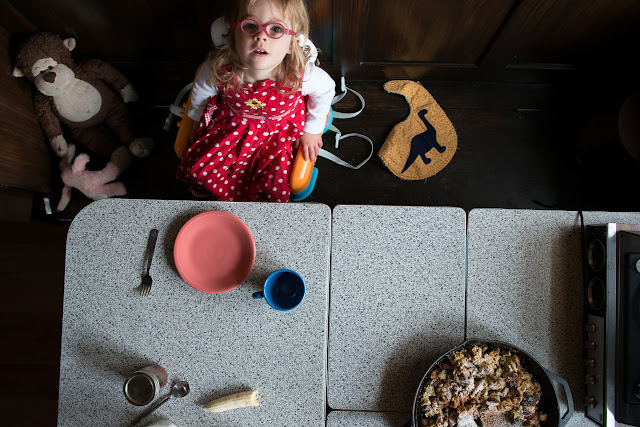 I tried a second time to make kaiserscharrn. This authentic Austrian recipe had a lot more eggs with the whites separated and whipped. 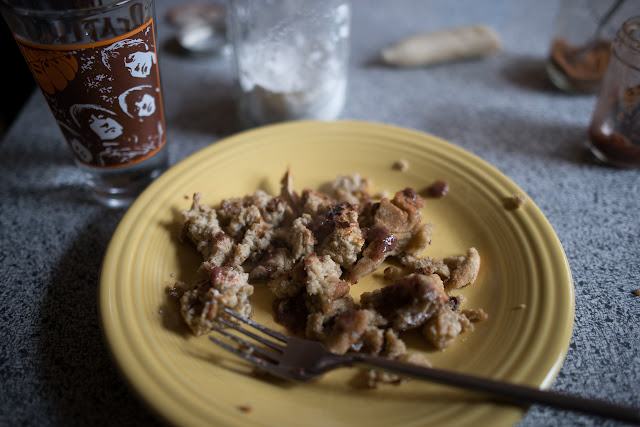 It even had rum soaked raisins. I didn't have rum so we used cognac instead. It was so good.

Much better than the previous one. 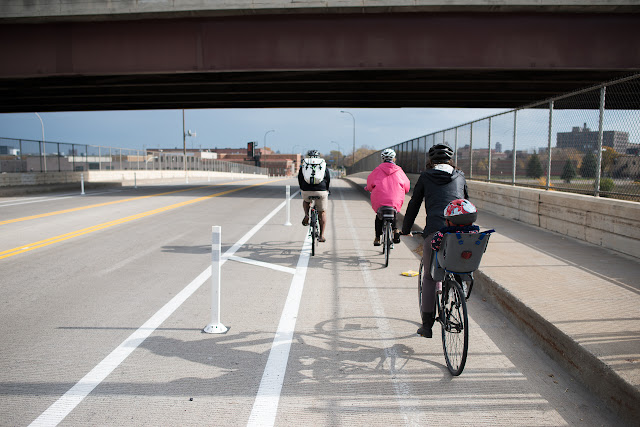 We decided to meet up with some other Northsiders and ride down to Seward's Milwaukee Avenue. Once there we talked about what we can learn from this car-free street. The city is looking at turning a low traffic street into a greenway as we've mentioned in the past. 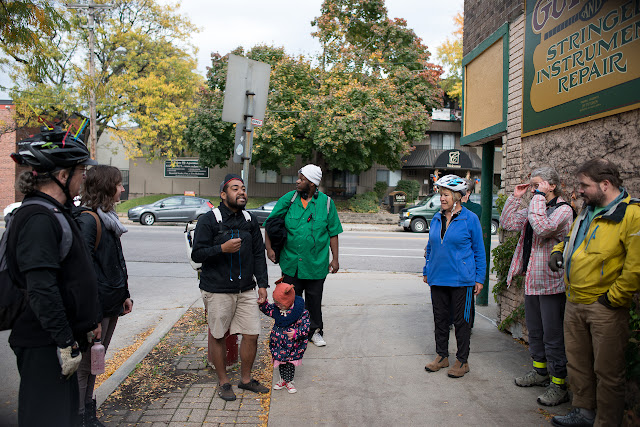 Alexis held Meadow's hand while we introduced ourselves. 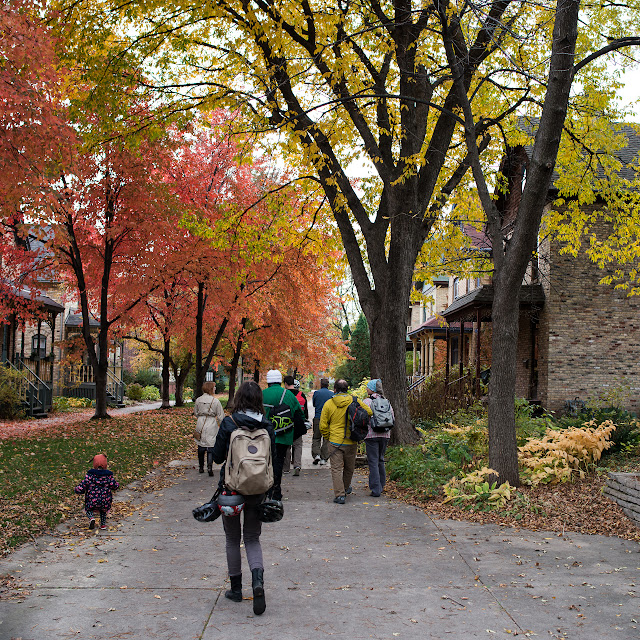 If I could afford to, I would totally live here.

The group had a mix of opinions. Some thought it would be perfect for our neighborhood, but others were unsure about whether it could work. I definitely understand peoples hestiancy of losing the parking and street in front of their houses. At the same time we're hippies and would love it. 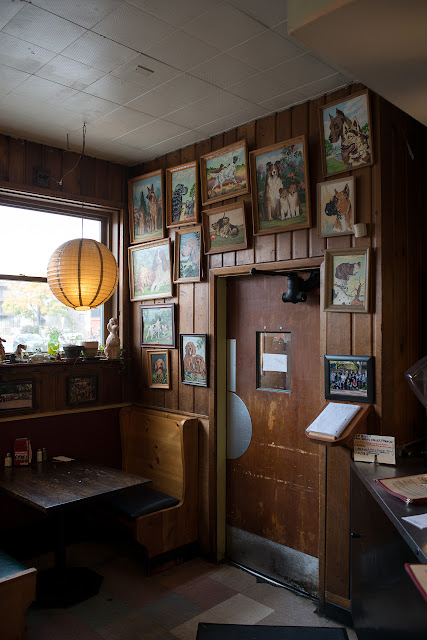 Afterwards a few of us headed over to Seward Cafe for lunch. I hadn't been here in years. There was a little corner full of toys that kept Meadow entertained while we waited for our food.

I love their wall of paint-by-numbers of dogs. 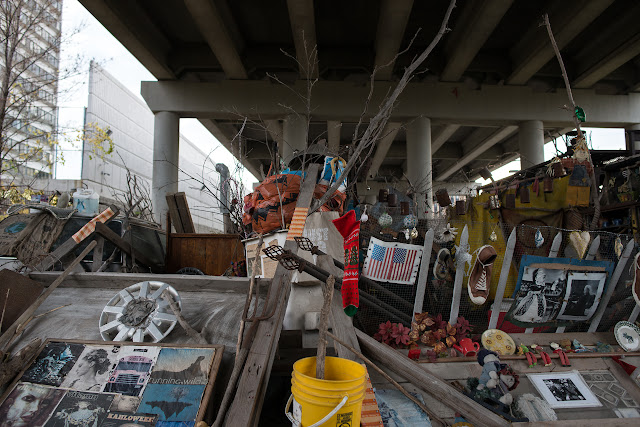 As we biked home I pointed out the former home of Chester. He was a homeless man who created a little Shangri-La under a Minneapolis bridge. Sadly he passed a way a few weeks back. I remember him playing his fiddle around campus years back. 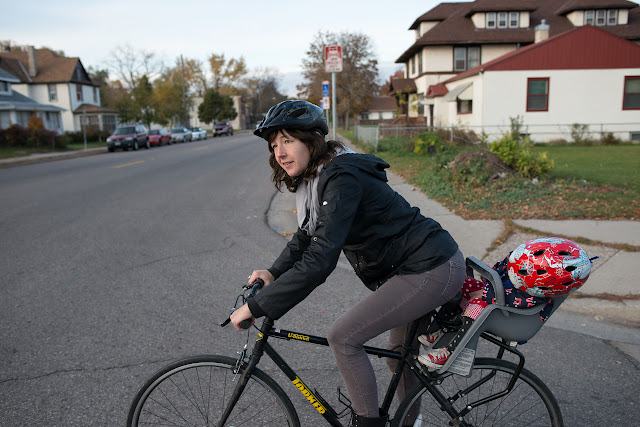 Meadow totally zonked out on the ride home. 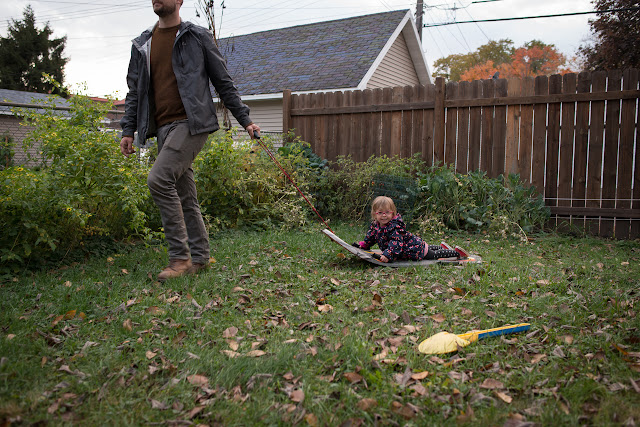 It was getting too late to paint our trim so we brought down our winter toys and put away all the summer things. 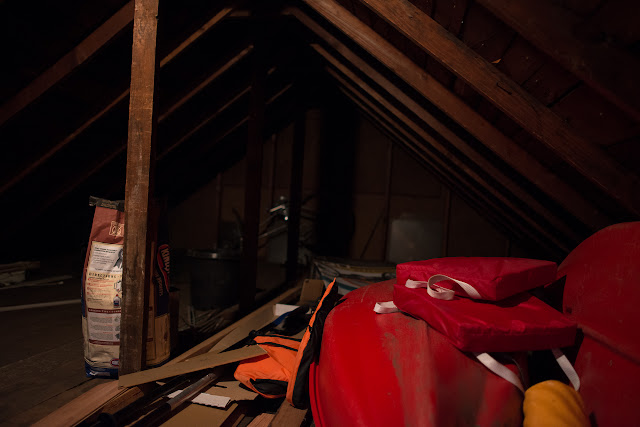 It's nice to have a garage attic. Since it's fairly large I'd like to turn it into a granny flat someday and rent it out. 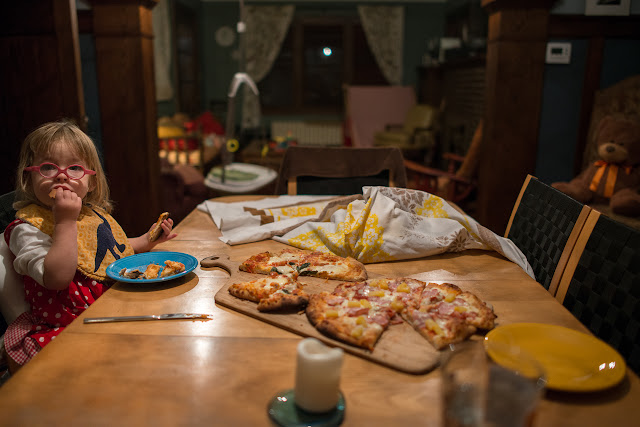 Since we ate a late lunch and it was dark out and we had nothing planned, we ran to Target to get a birthday gift plus a couple of other things. We had planned to skip dinner since we had a late lunch, but decided maybe we could get a couple pizzas instead. 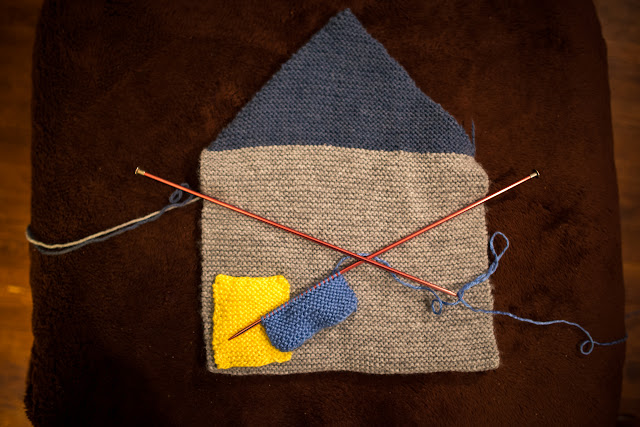 After Meadow went to bed I worked on a house pillow that I am making for her.