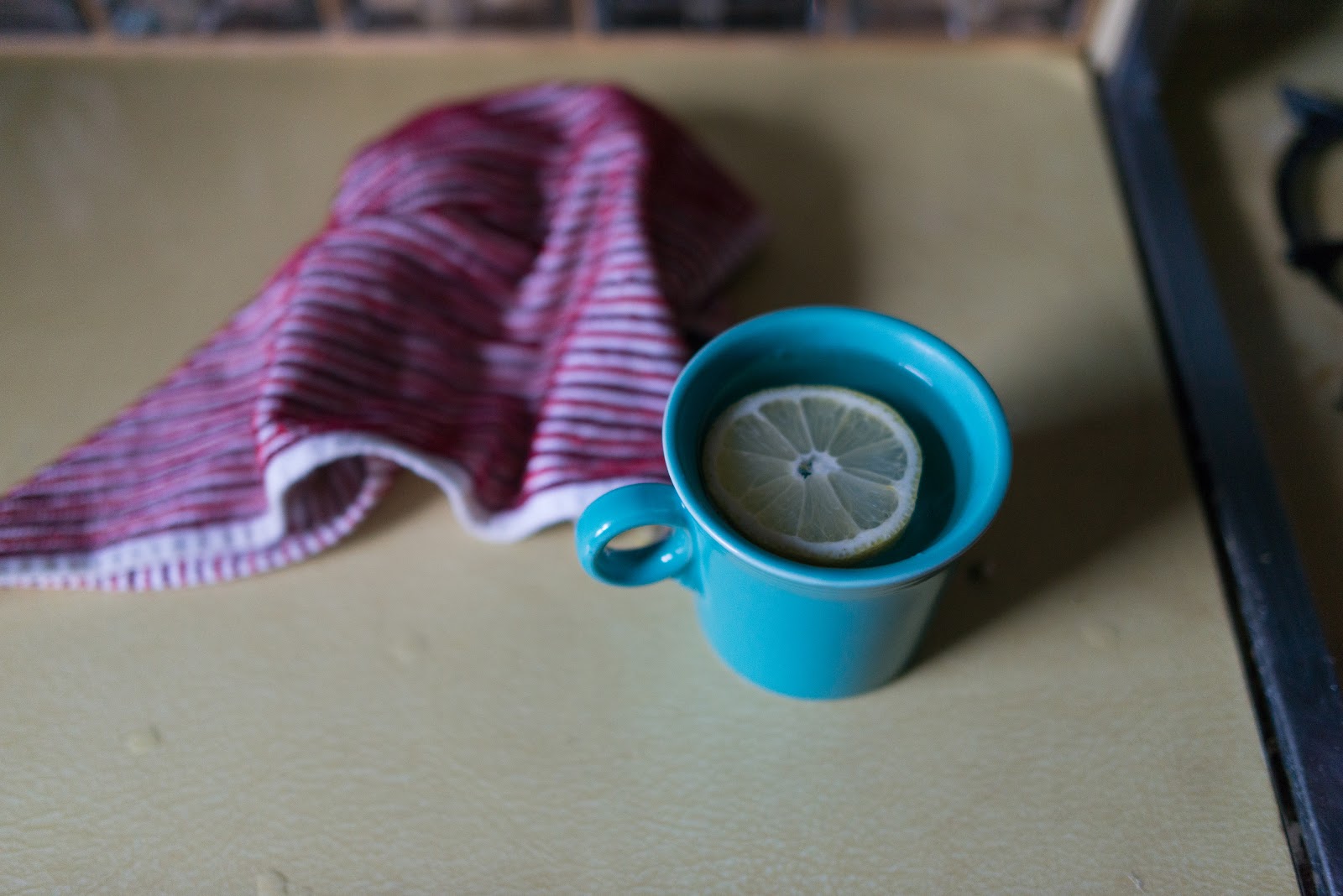 With my new position at work I have to get up at 6 a.m. I am not a morning person so this has been a hard adjustment. I was really excited to get to sleep in today and of course I wake up at 7:30. I had some lemon water and enjoyed the quietness before Scott and Meadow woke up. 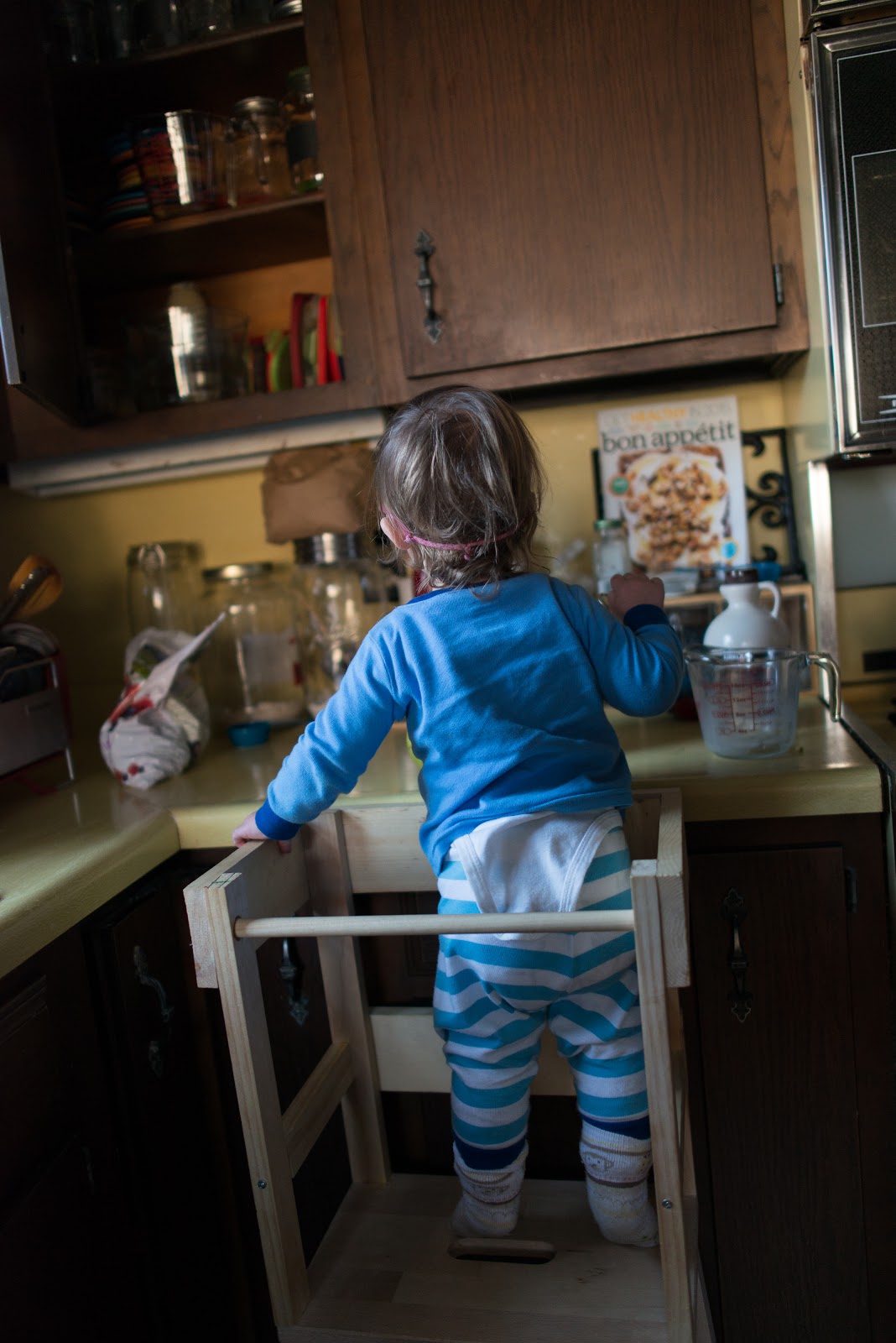 Since Scott has to get up with Meadow most mornings I brought Meadow downstairs to help me make breakfast while Scott stayed in bed.

I don't think I was in bed for all that long. 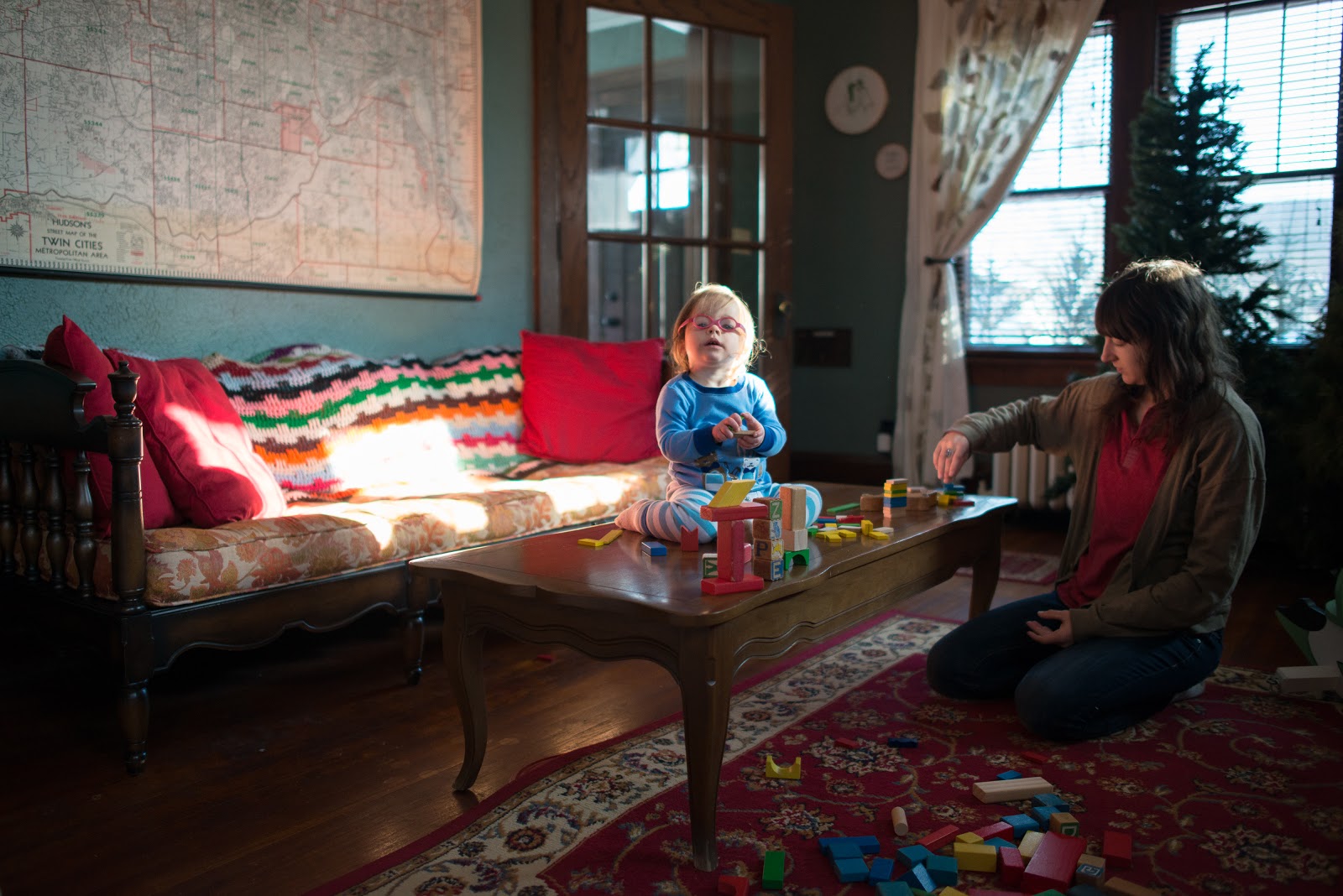 We played with blocks while breakfast was baking.

I thought Meadow had got quite competent with blocks, but these were all Brooke's creations. 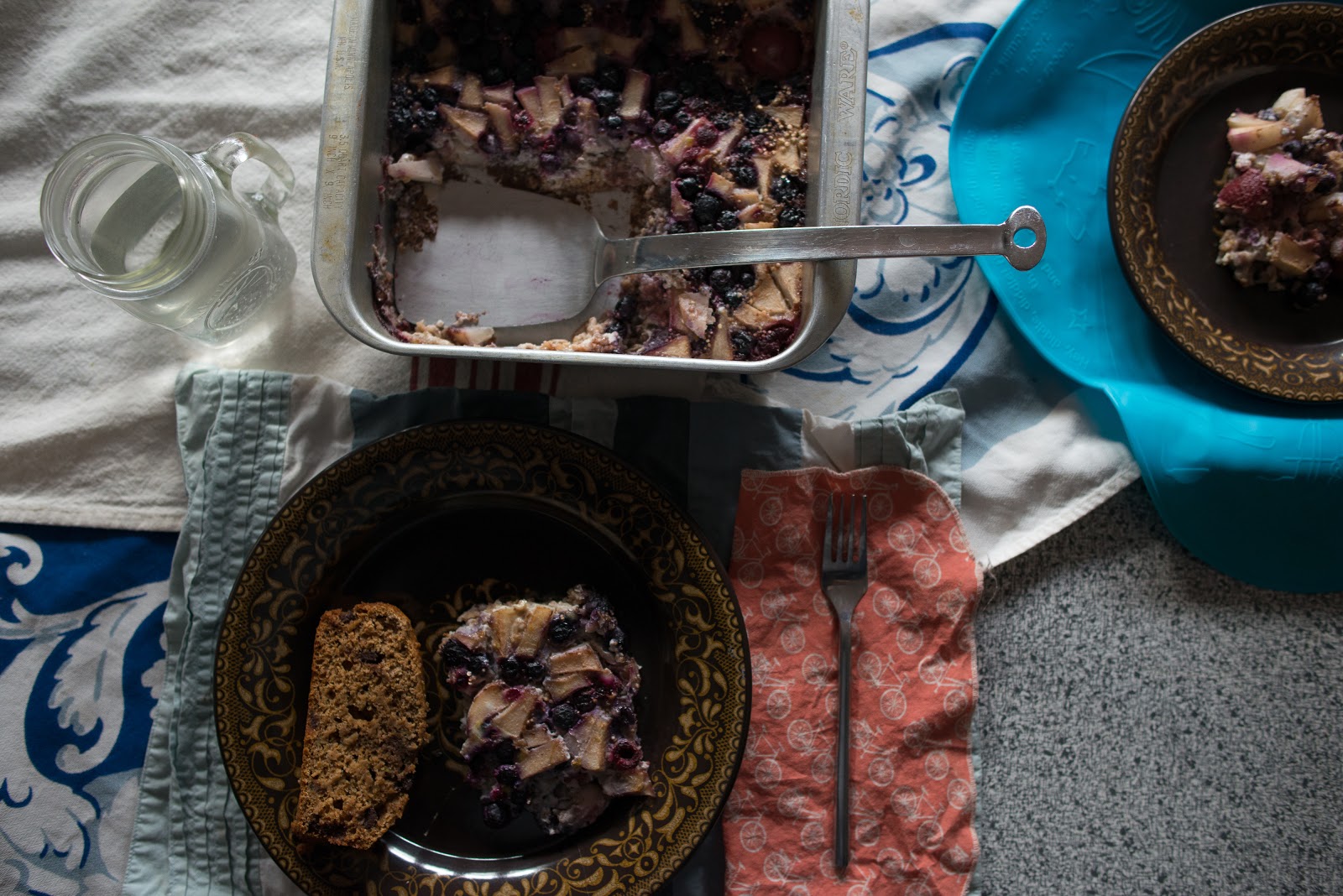 This week we had a quinoa breakfast bake and pumpkin zucchini chocolate chip bread. I used half oats and half quinoa in the bake. I'm still working on using up foods we already have.

I'm not sure what will be in our cupboards once this feat is completed. 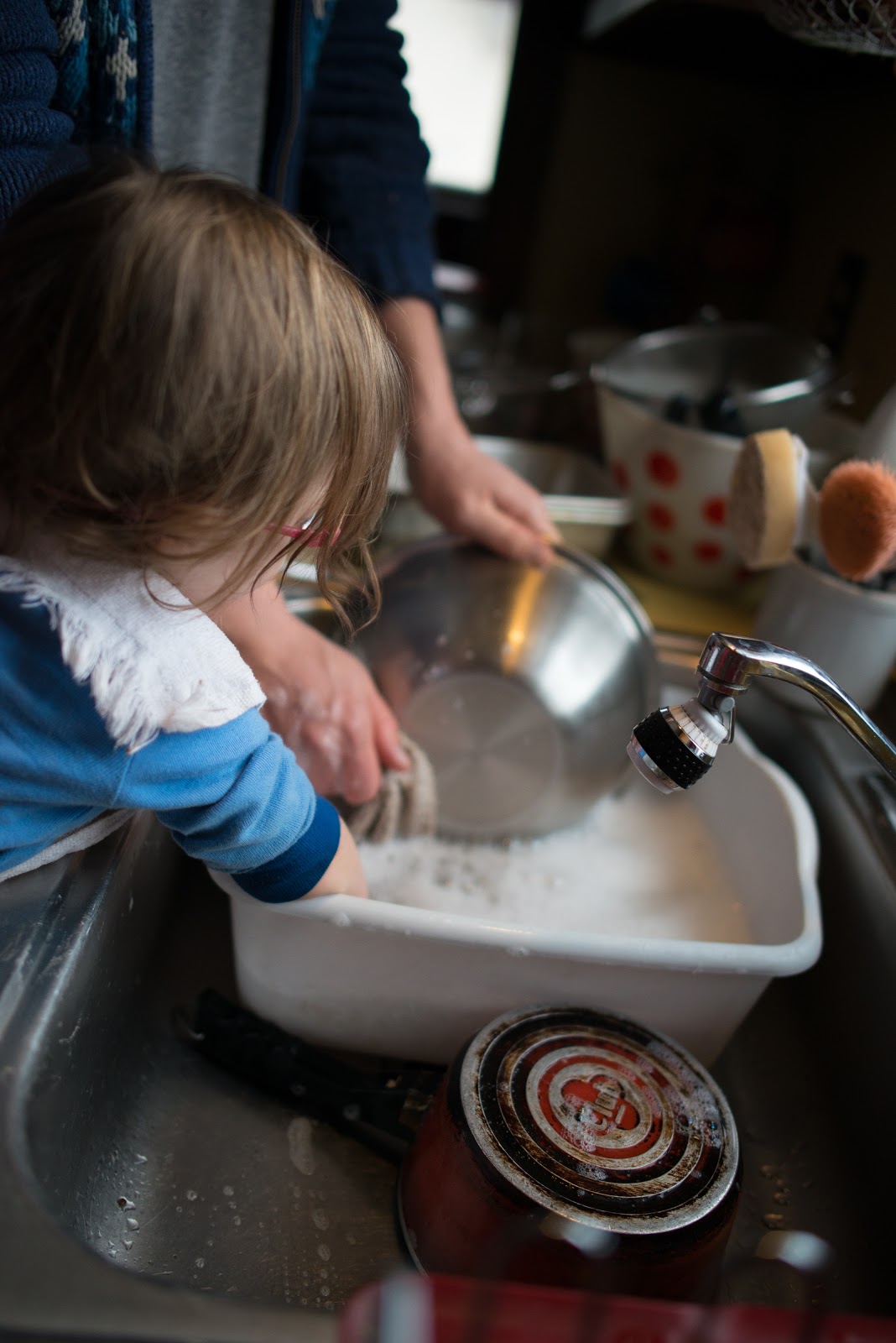 This must be a, "Oh, Wow. Scott's doing dishes," picture. I let Meadow help. 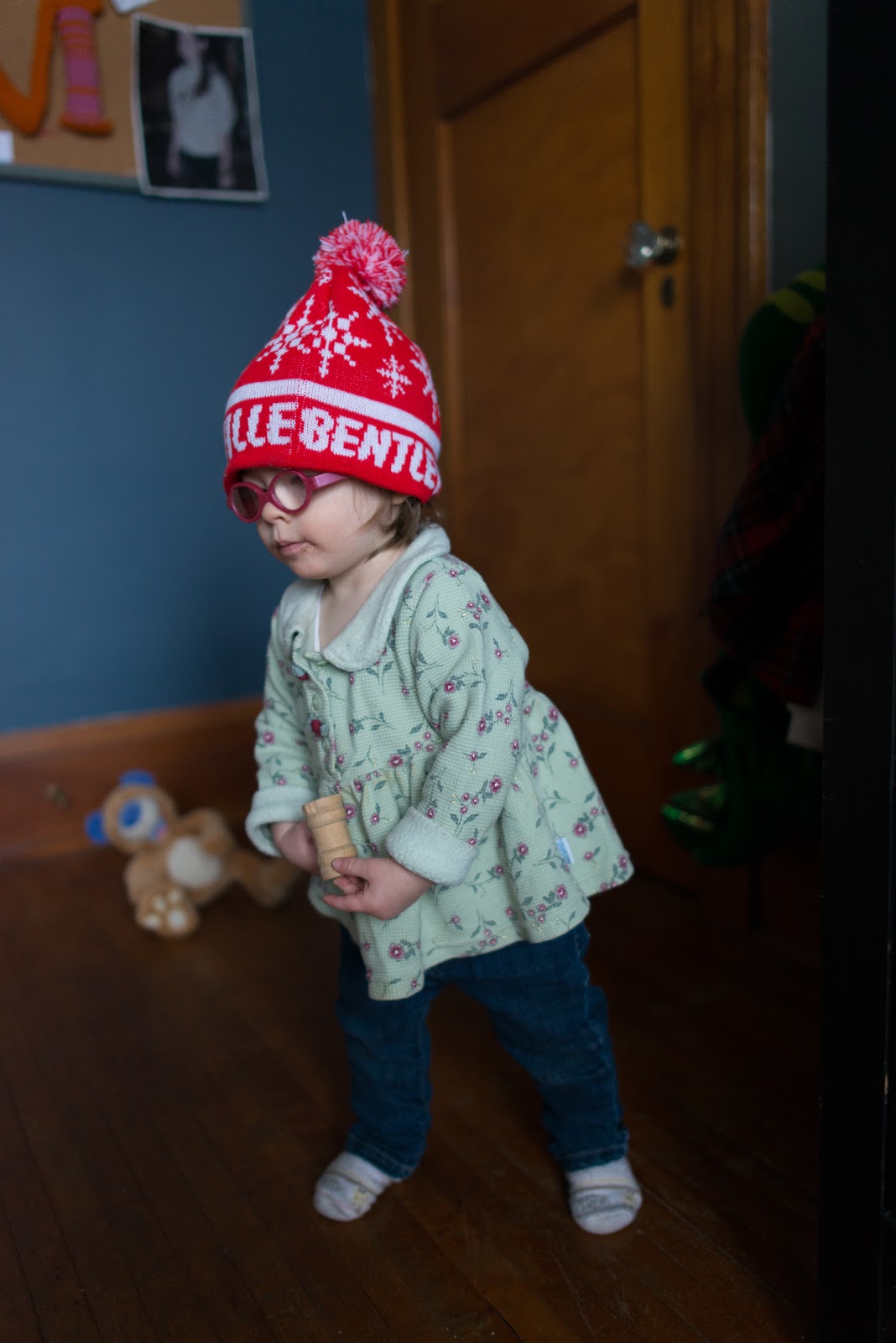 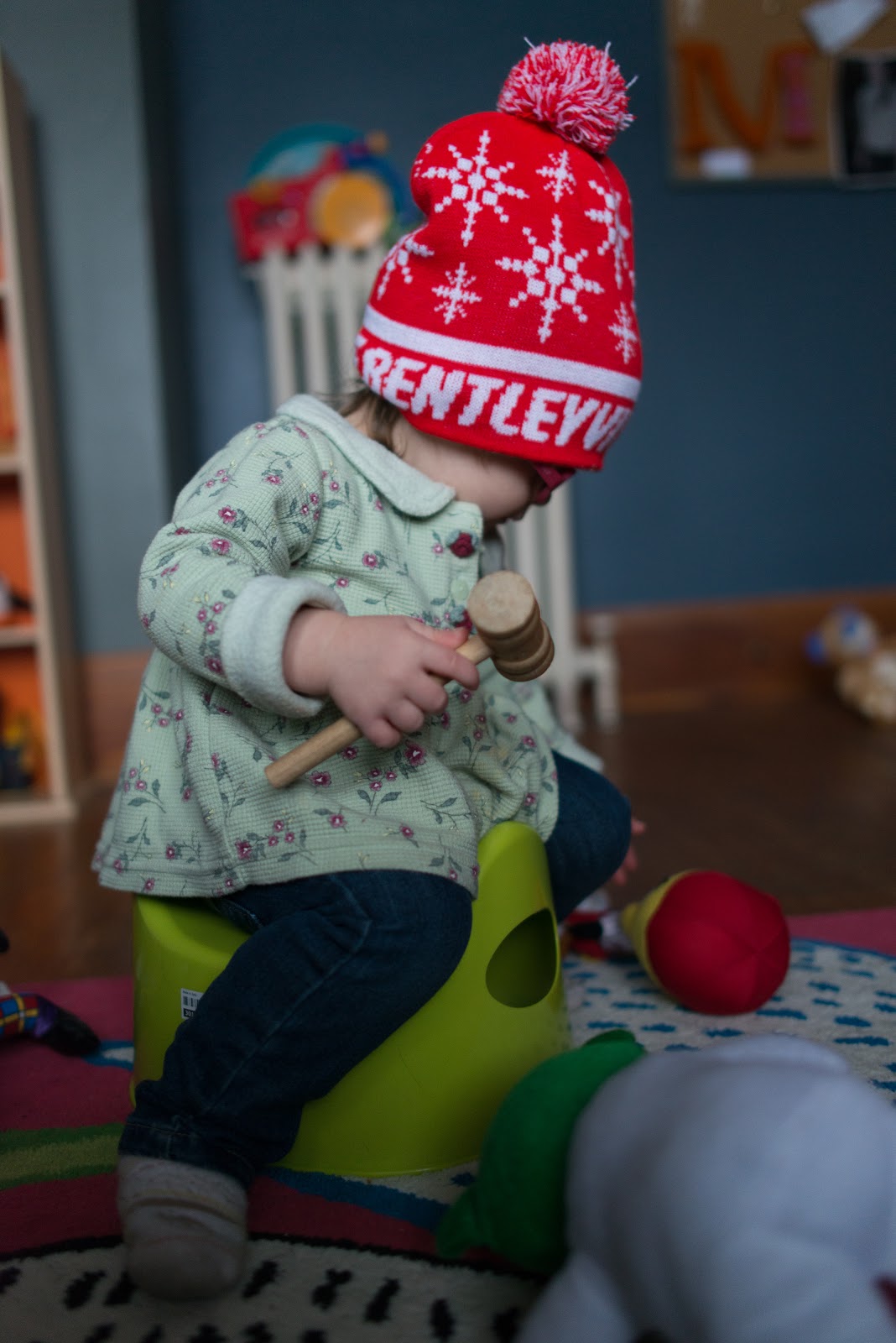 As it is my first Saturday off I had plans for the day. Scott ruined them by having to go to a bike meeting.

I get caught up in way too many neighborhood meetings of various sorts.

We decided Meadow would have to skip a nap today to make things work out.

I actually suggested she take an early nap. 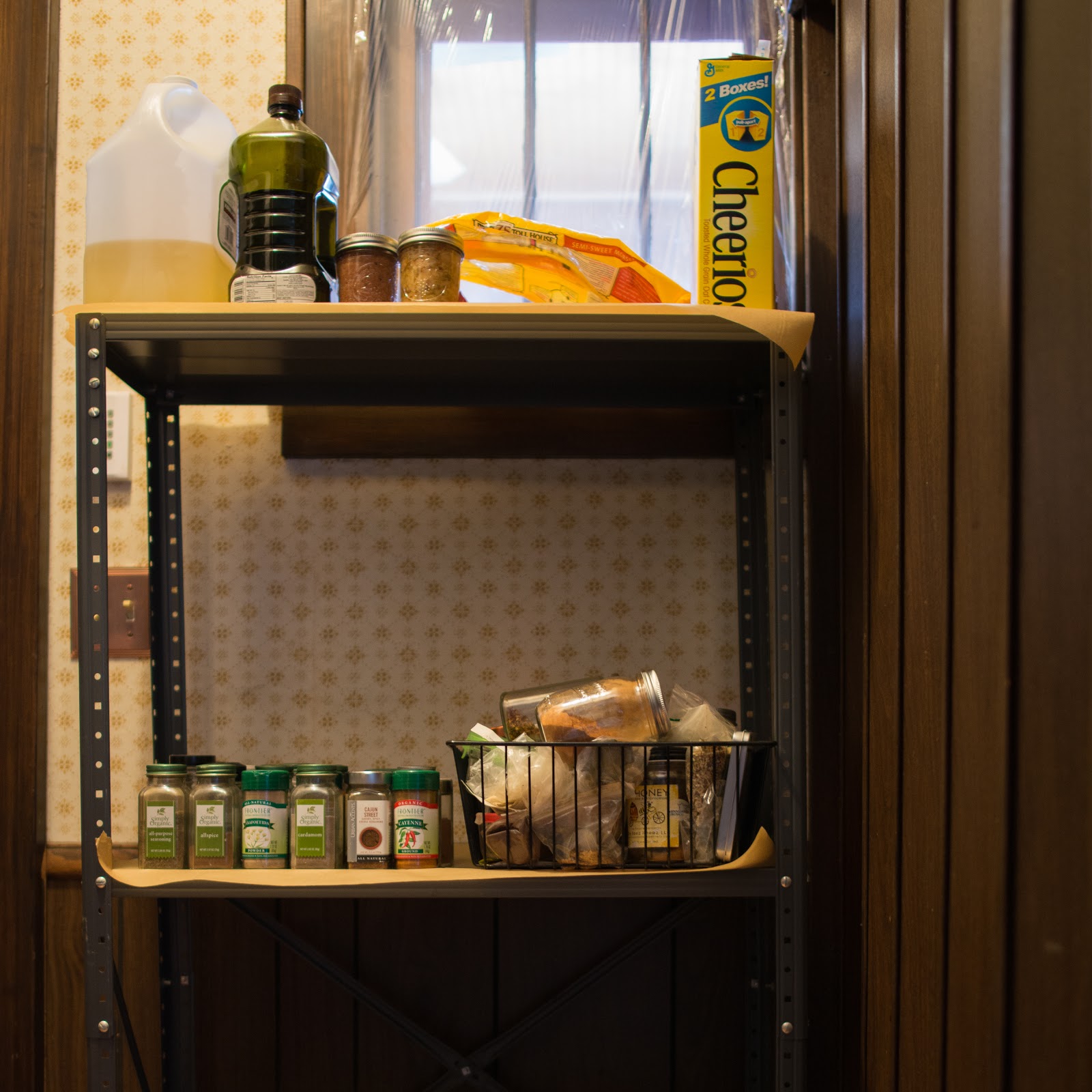 After playing with Meadow, I got bored and started reorganizing our "pantry". This shelf was supposed to be temporary.

Was it? I can't remember not having it.

I really can't wait until we use up more things so I can get rid of it. It's supposed to be used for seedlings, which I could actually use in a few weeks.

Didn't' we buy a greenhouse for that very purpose? I'm always learning new things from this blog.

No Scott, this shelf is for hanging the grow light. Our greenhouse is not stable enough for that. 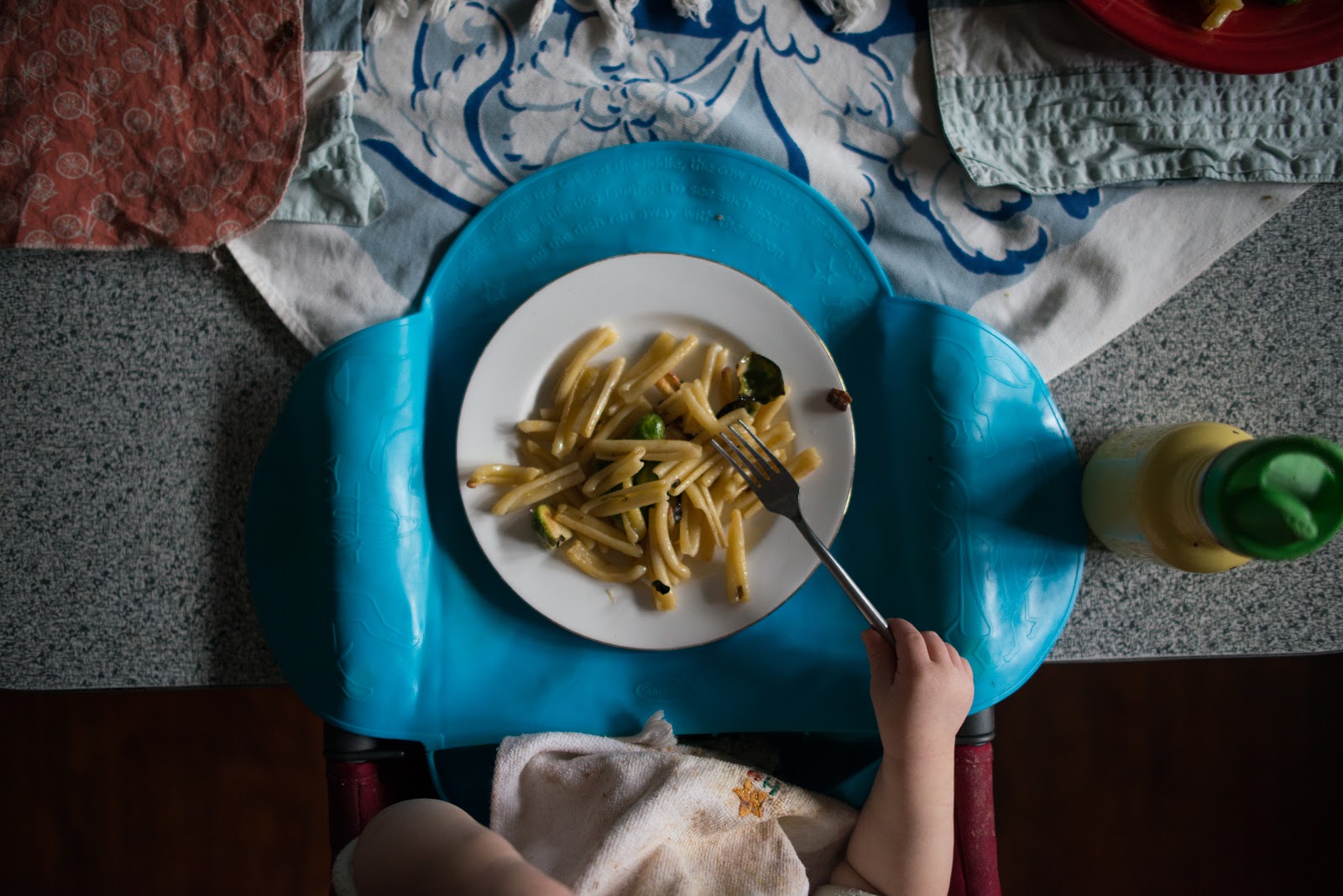 Brooke and Meadow ate leftover brussels sprout carbonara while I was still gone. I quickly nibbled mine down when I had biked back. 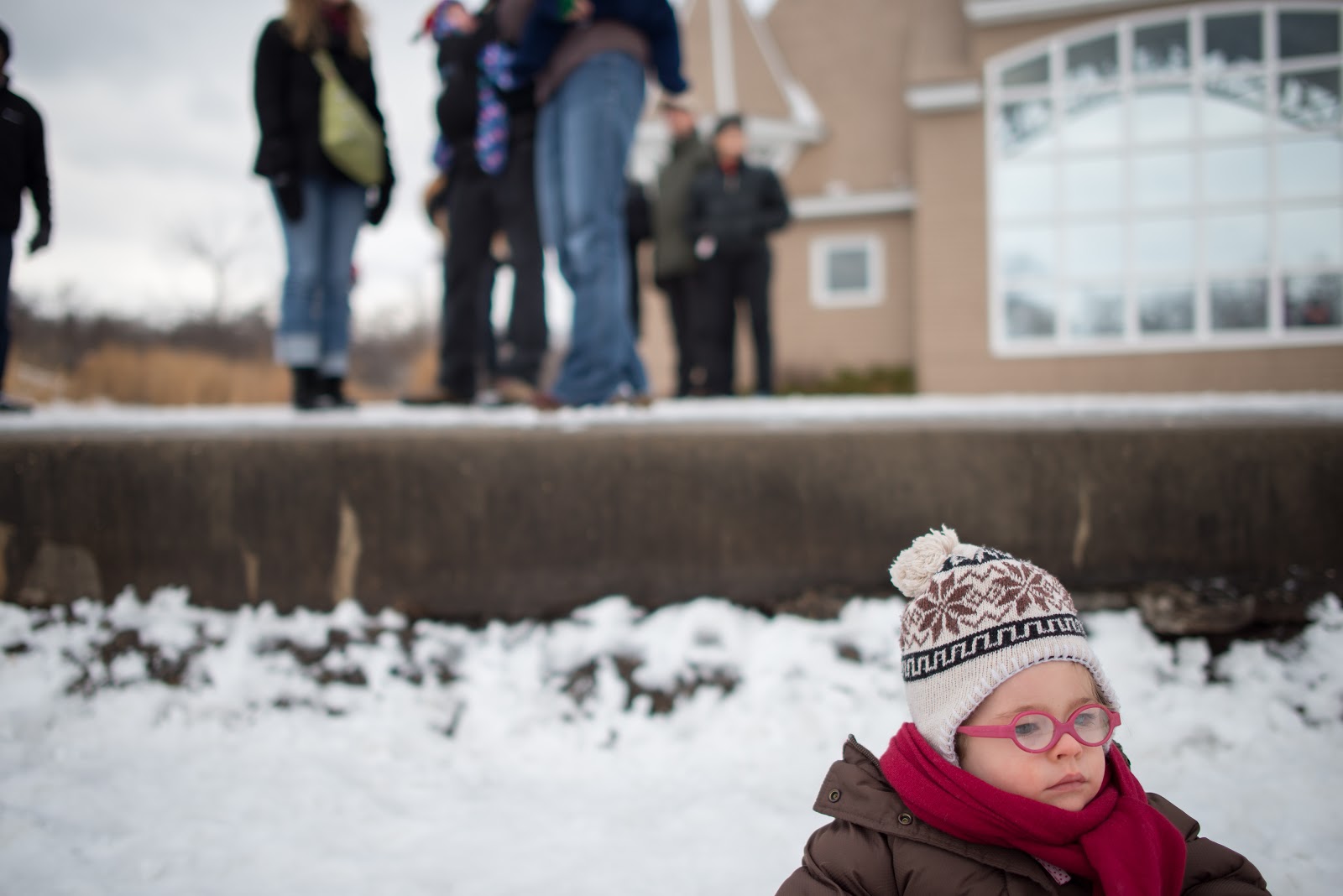 Once Scott got home we went to Lake Harriet for the Winter Kite Fest. I have been wanting to go for years, but never could because I had to work. I was so glad to be able to go this year. 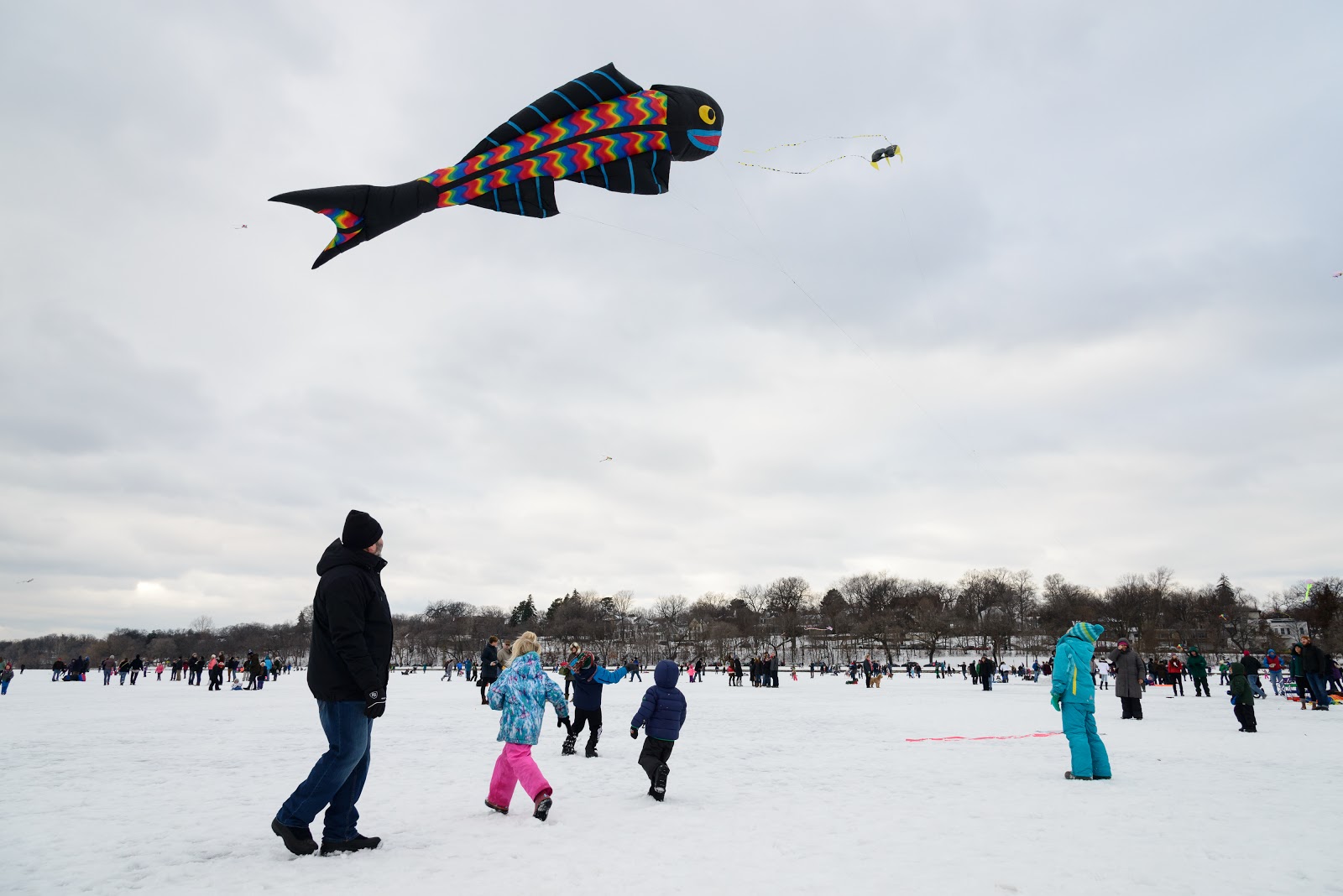 While it was fun to see the big kites, little kites and kites of all size, we should've brought our own. 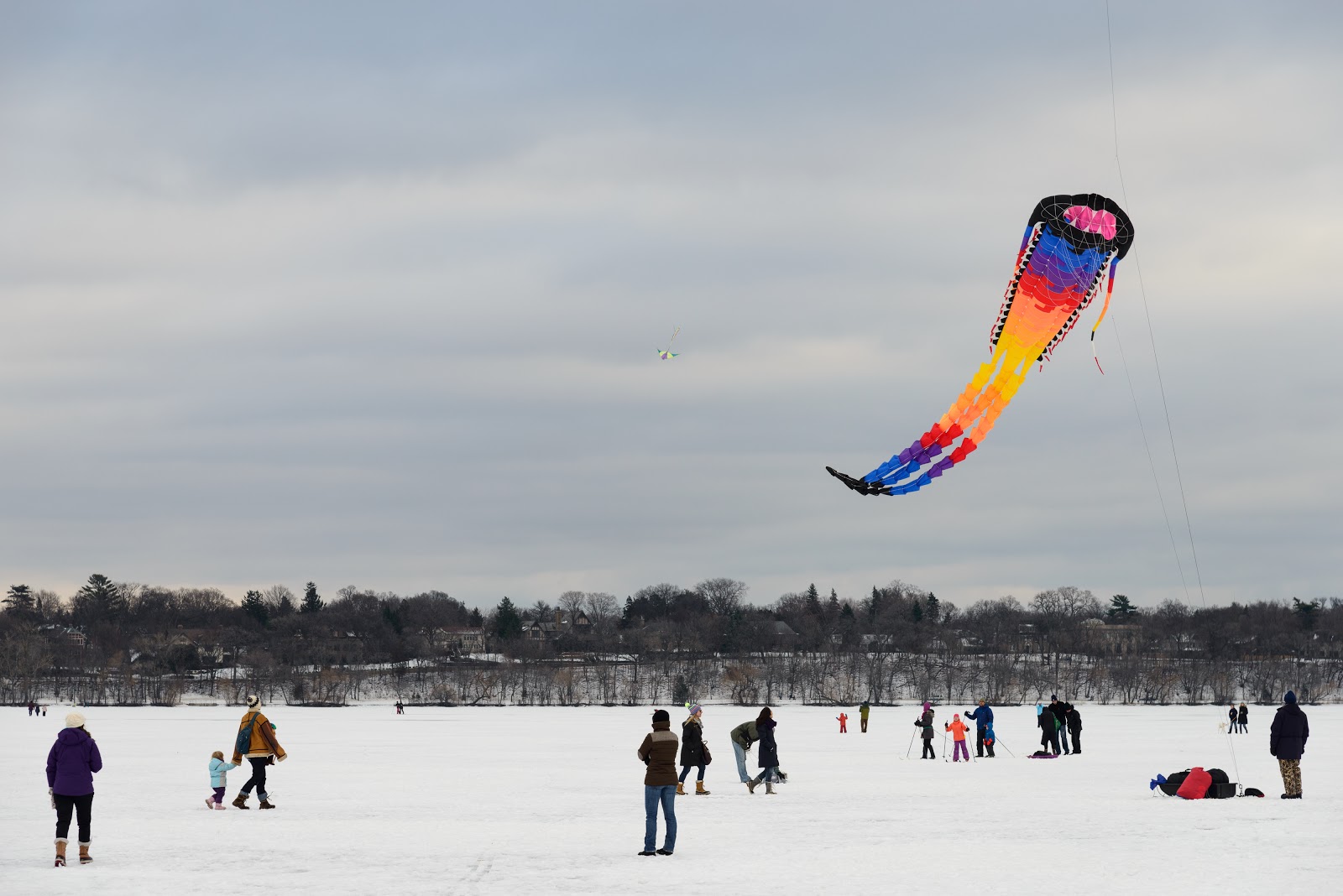 It was kind of nice that it was cloudy because you could see the bright colored kites against the gray sky. 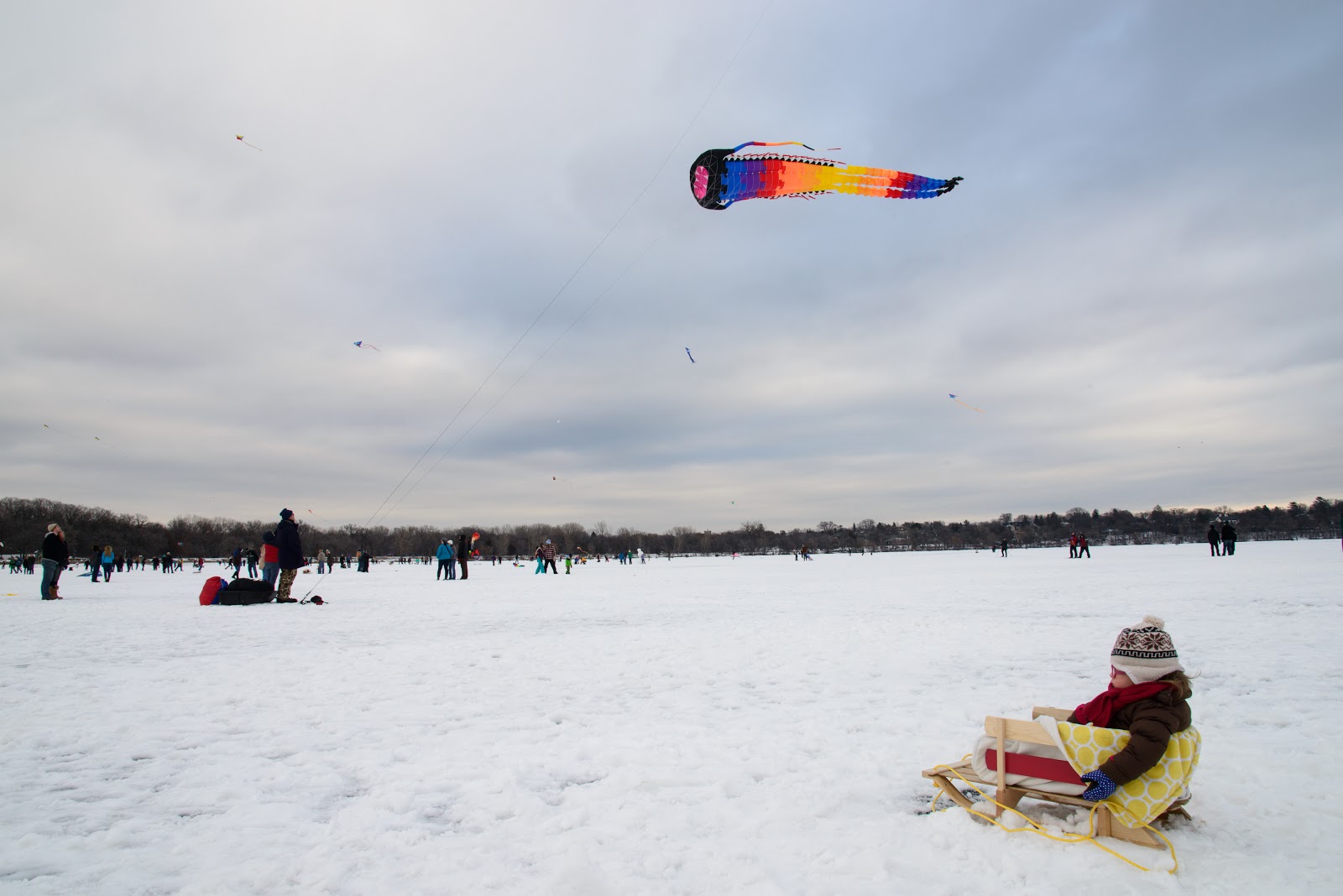 Every once and a while Meadow bear would look up at the kites, but mostly she gawked at the crowd. 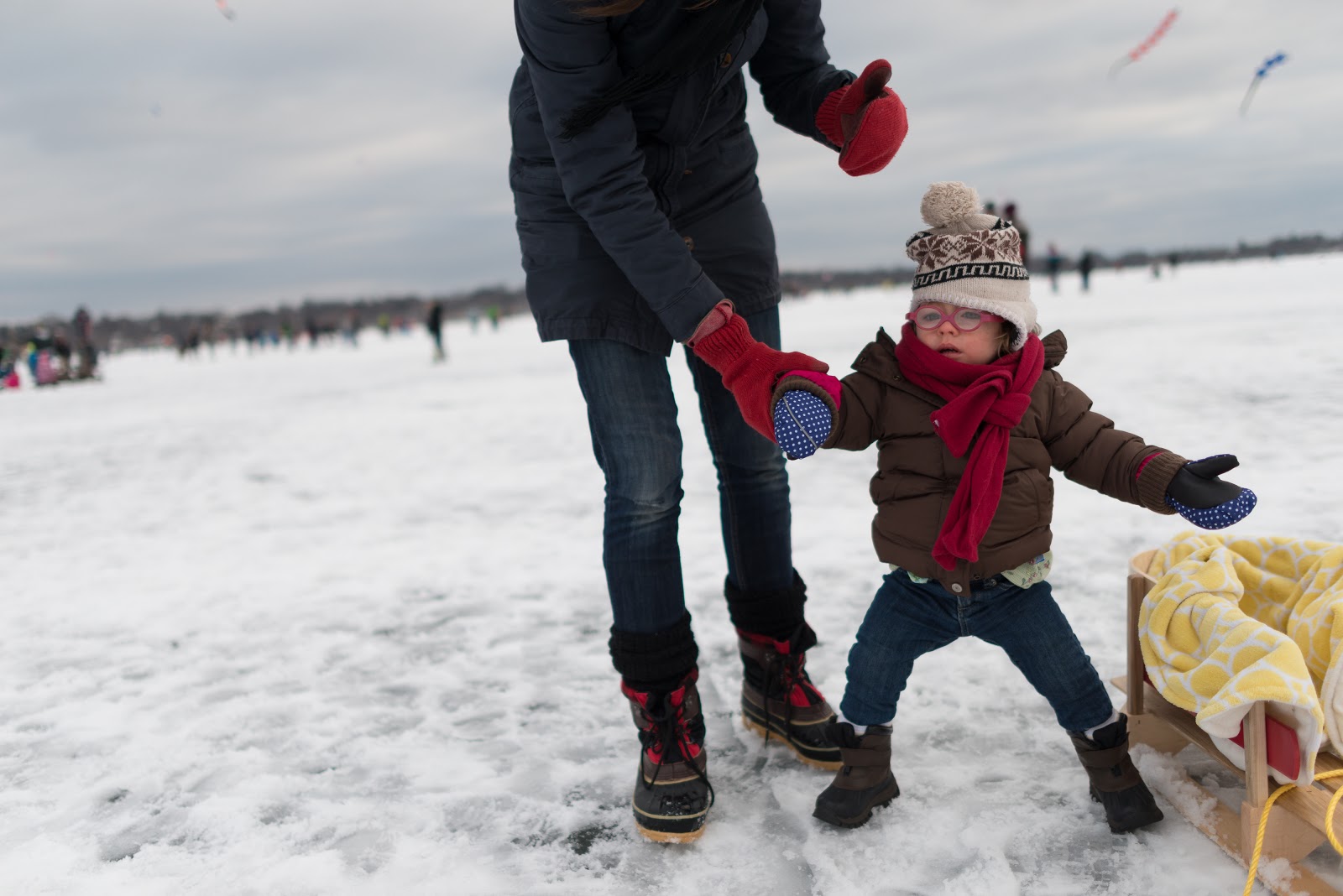 I thought Meadow would have more fun running around, but she was not into it.

These boots are two sizes too big. That's probably the problem. 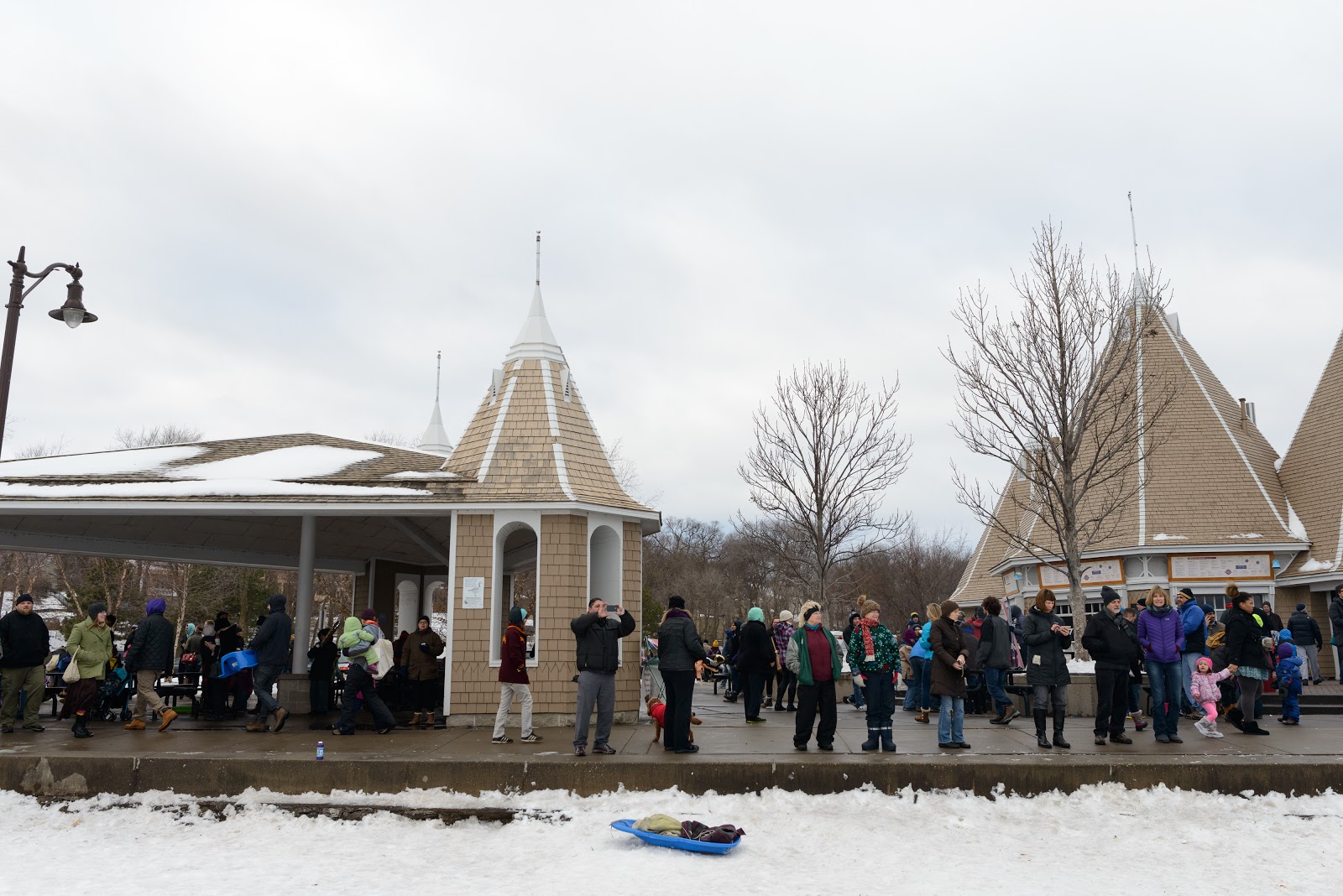 Some folks wussed out and watched the kites from the shore. Meadow was getting too sleepy to react to anything. 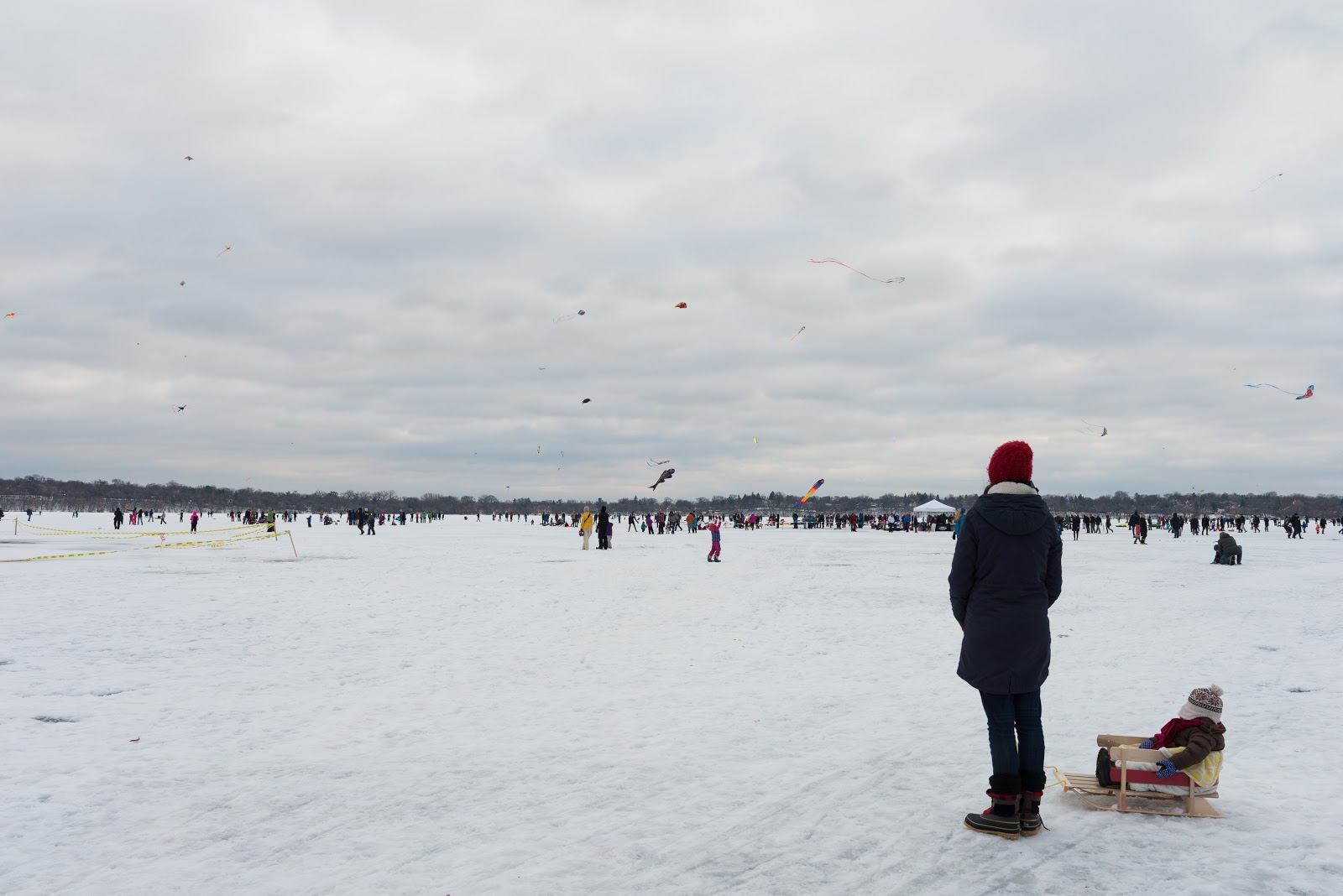 Next year we will have to bring our own kite.

Then again we probably don't need another hobby. 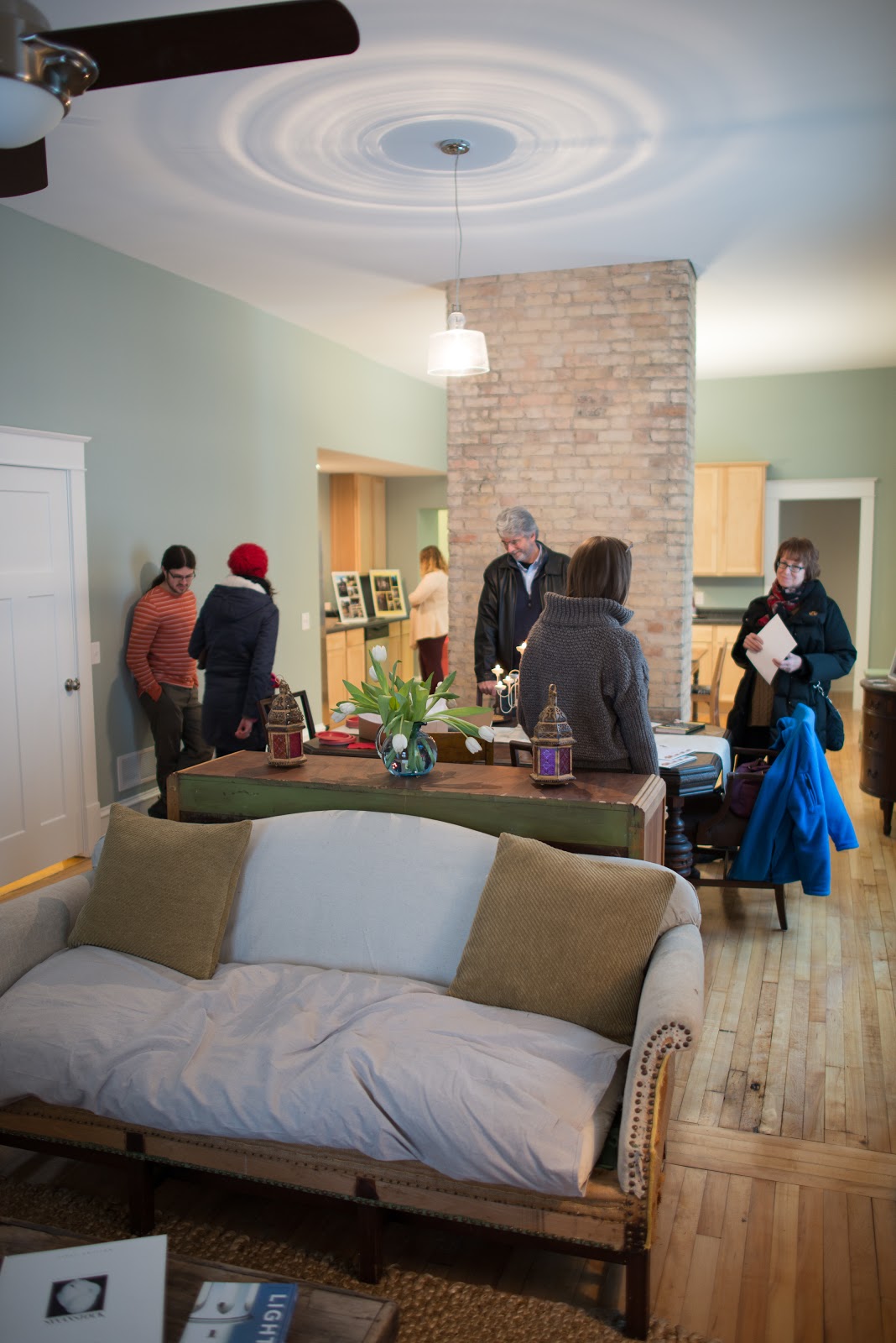 Our realtor/friend Connie was hosting an open house at a historic home that I wanted to check out. This house was originally built in the late 1800s as an orphanage. It was supposed to be torn down. Previously it was used as a fourplex, but was rehabbed into a duplex. 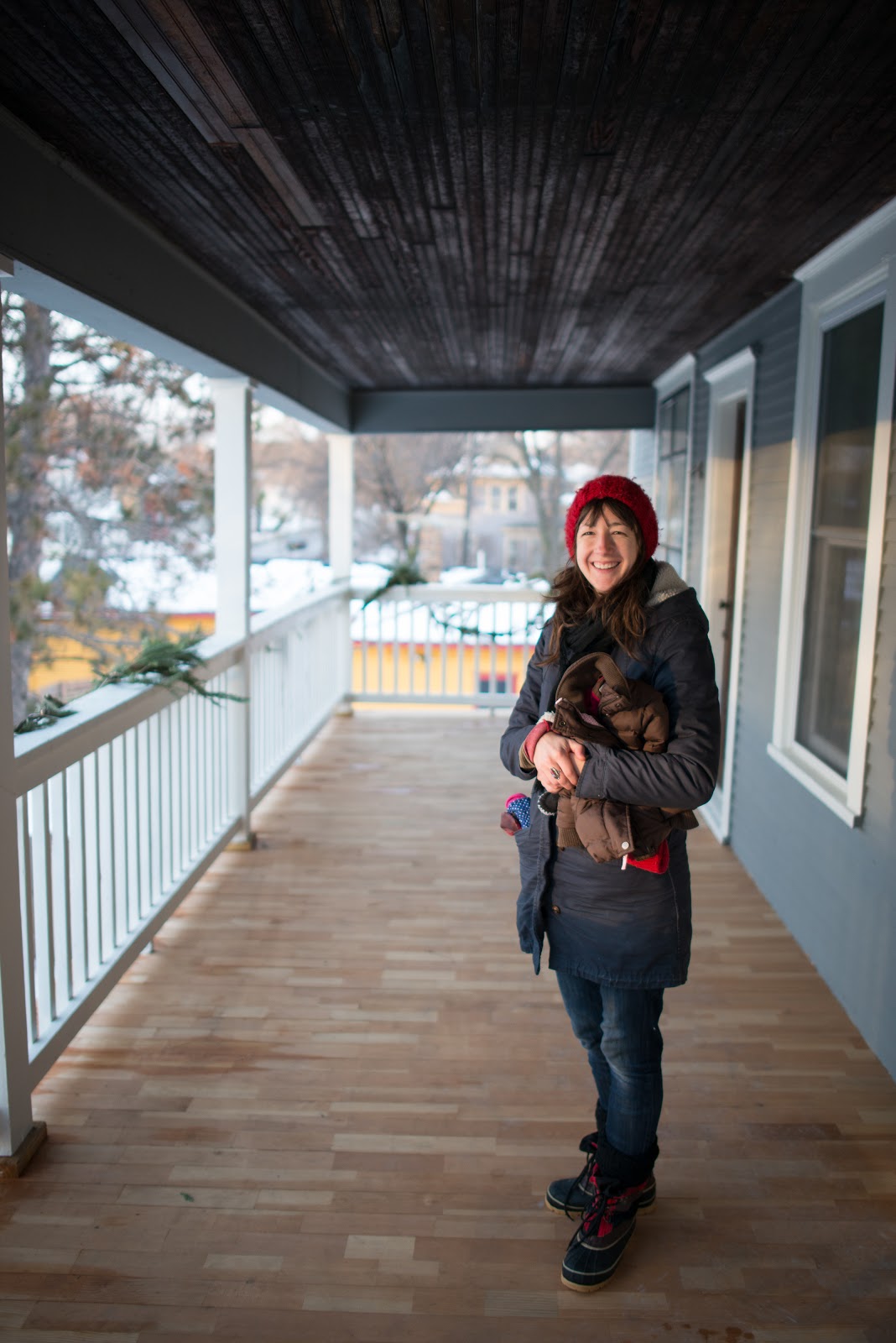 The upstairs has a great balcony. It would be quite entertaining watching folks from this perch. 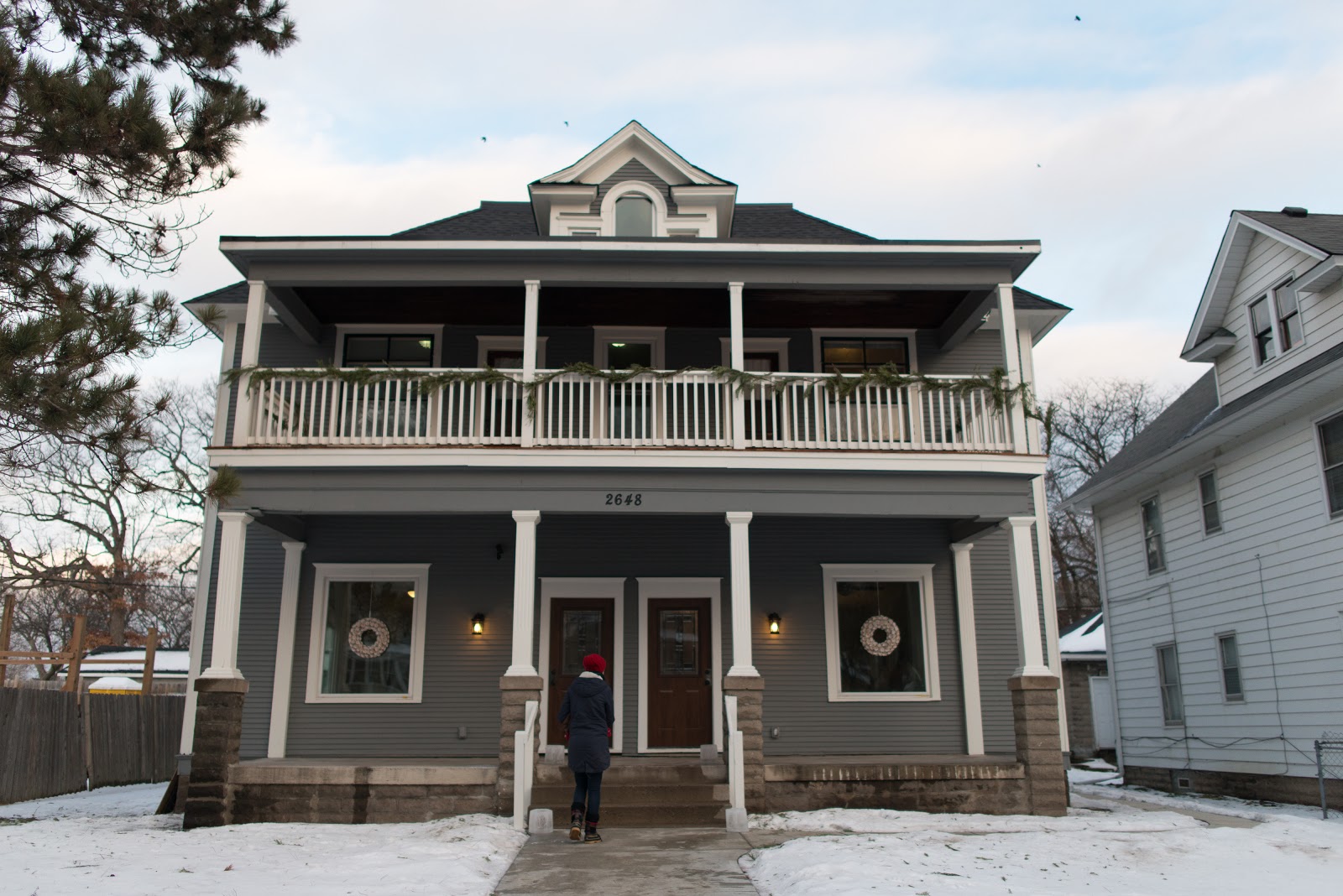 I only wish they could've kept more of the original layout intact. 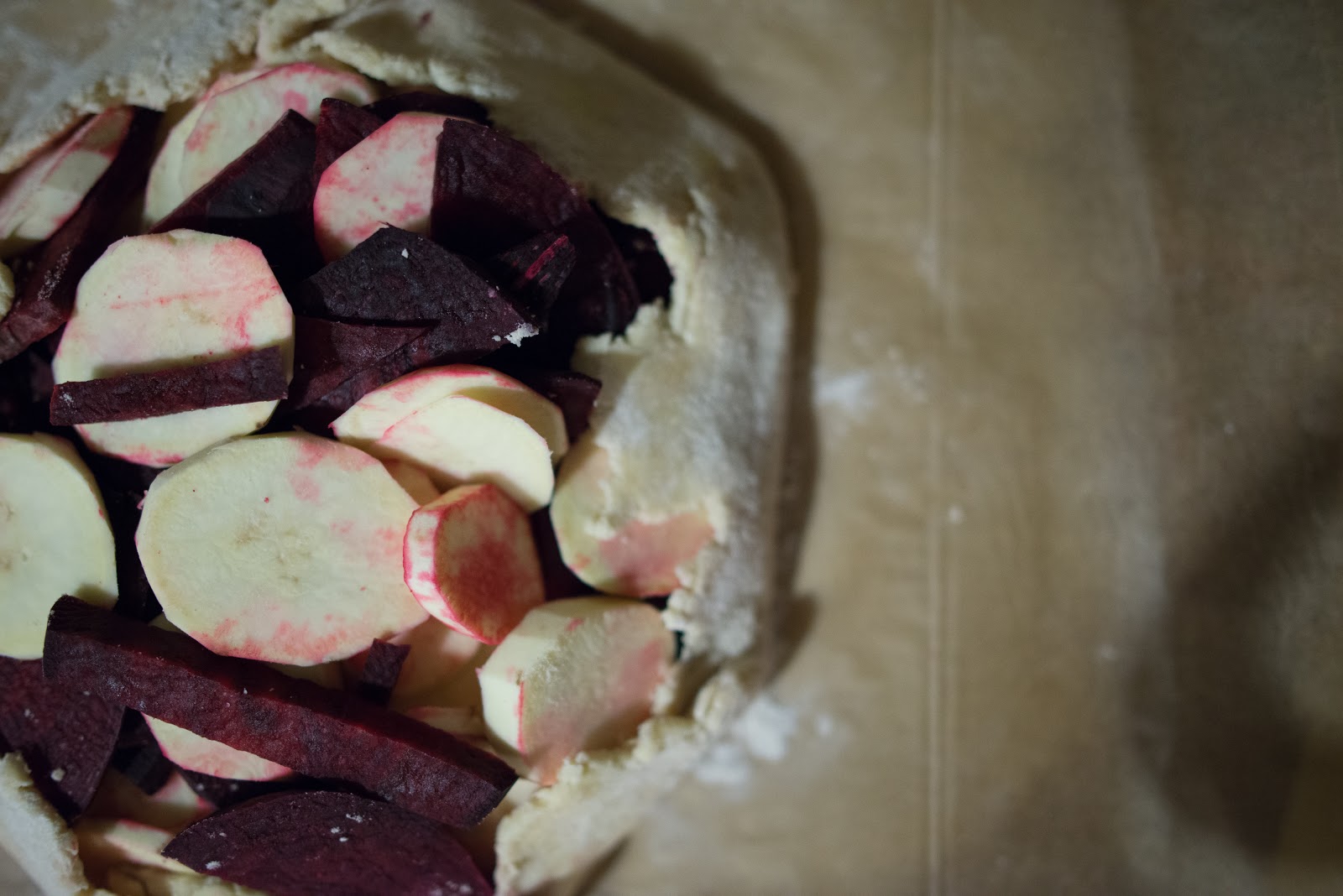 When we got home I had to prep some kind savory pie. What's it called?

I made an all butter crust since I didn't have any shortening. Brooke always chills her crusts, but I rolled it out without a hitch.

We didn't really have time to wait for the dough to chill. It rolled out no problem. I may skip this step in the future. 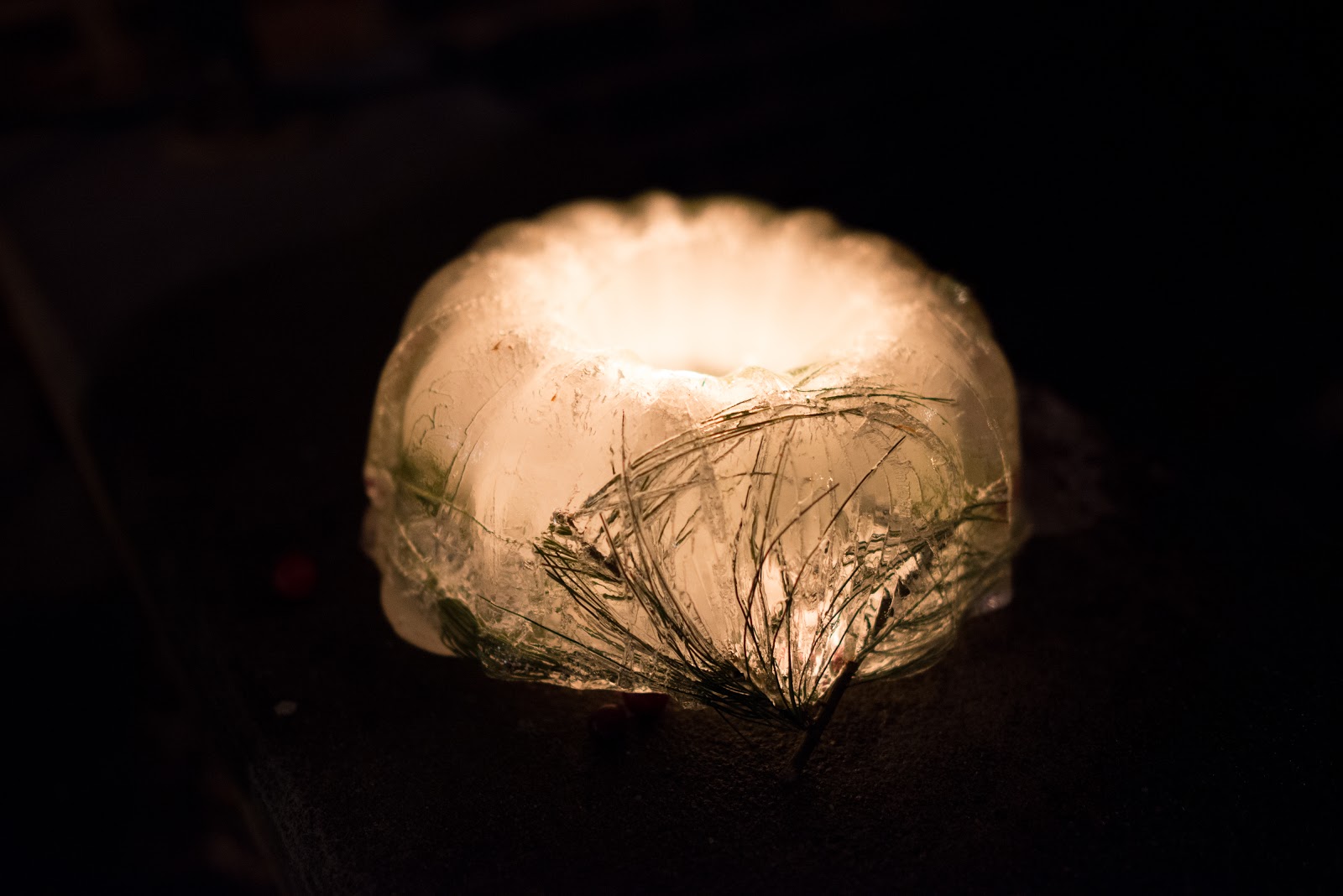 The pine needles and cranberries that I added to my ice molds last week turned out okay. If it gets cold enough again I may try adding more to see if they stay near the bottom. 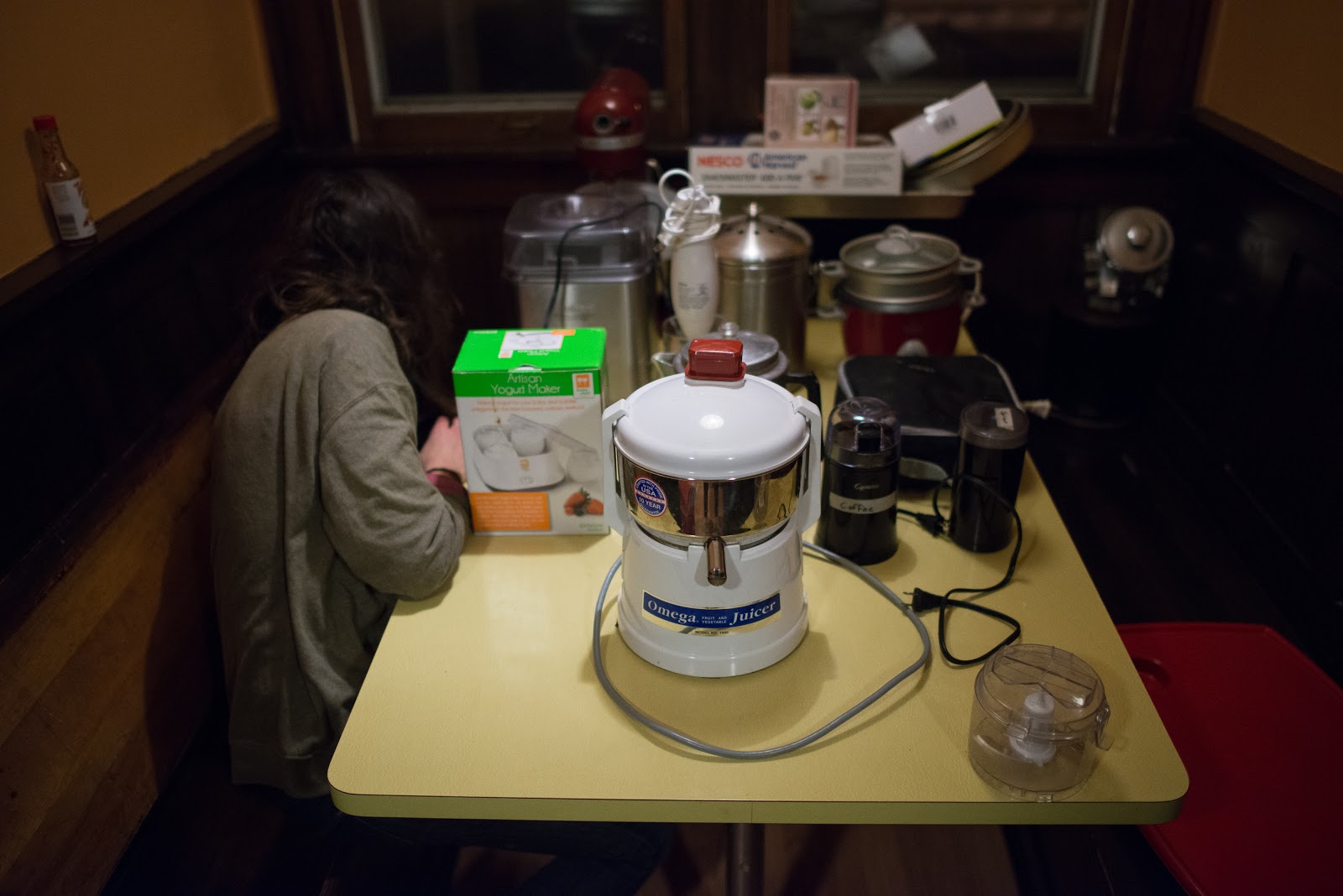 Since I had made room on the shelf earlier I thought I would tackle the nook storage next. We have been lazy lately and started throwing stuff in there. I rearranged it so everything had a nice spot. 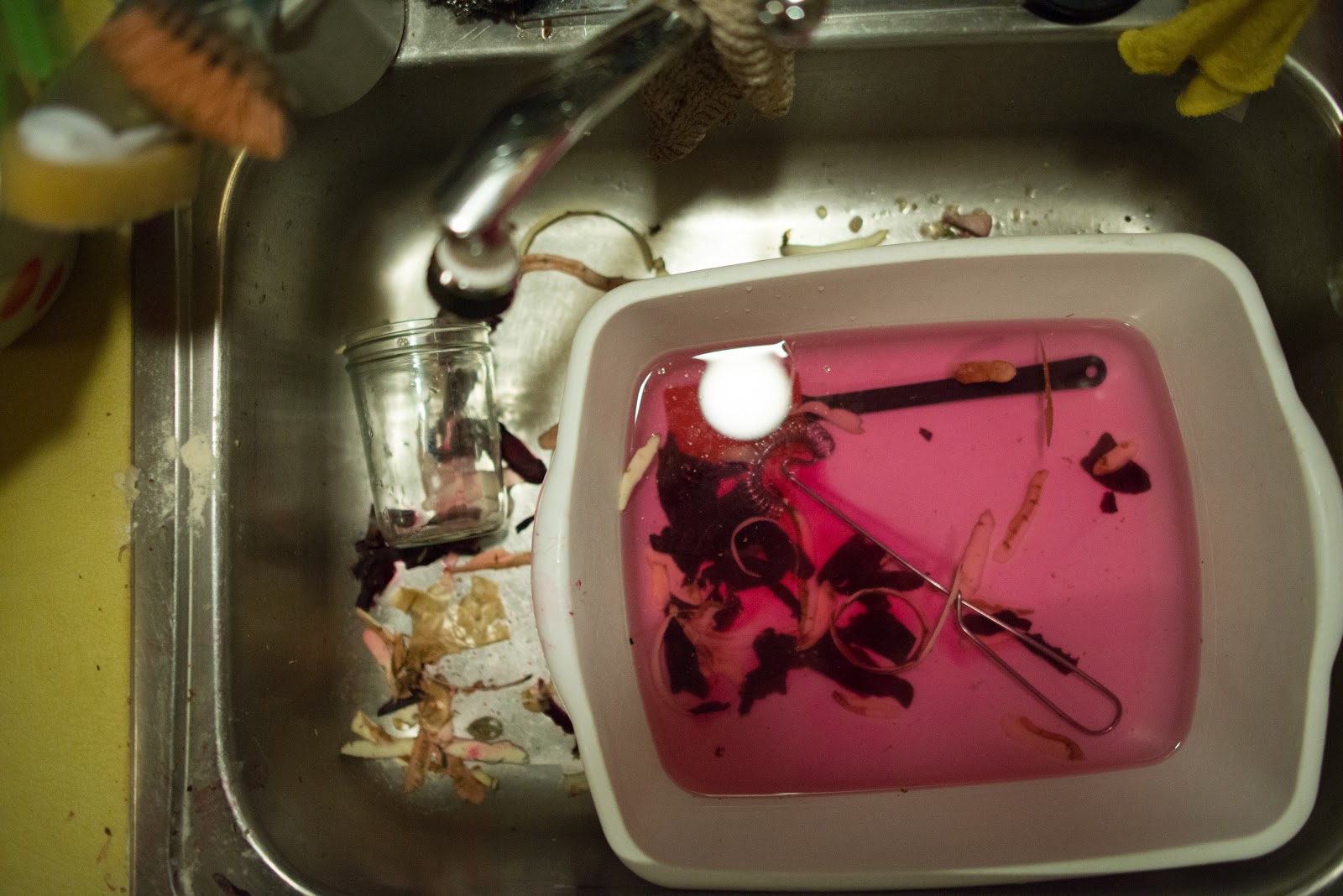 Meadow loves playing in water. While I prepped dinner I peeled beets into the sink. She transfered the beets to the tub to make it pretty. 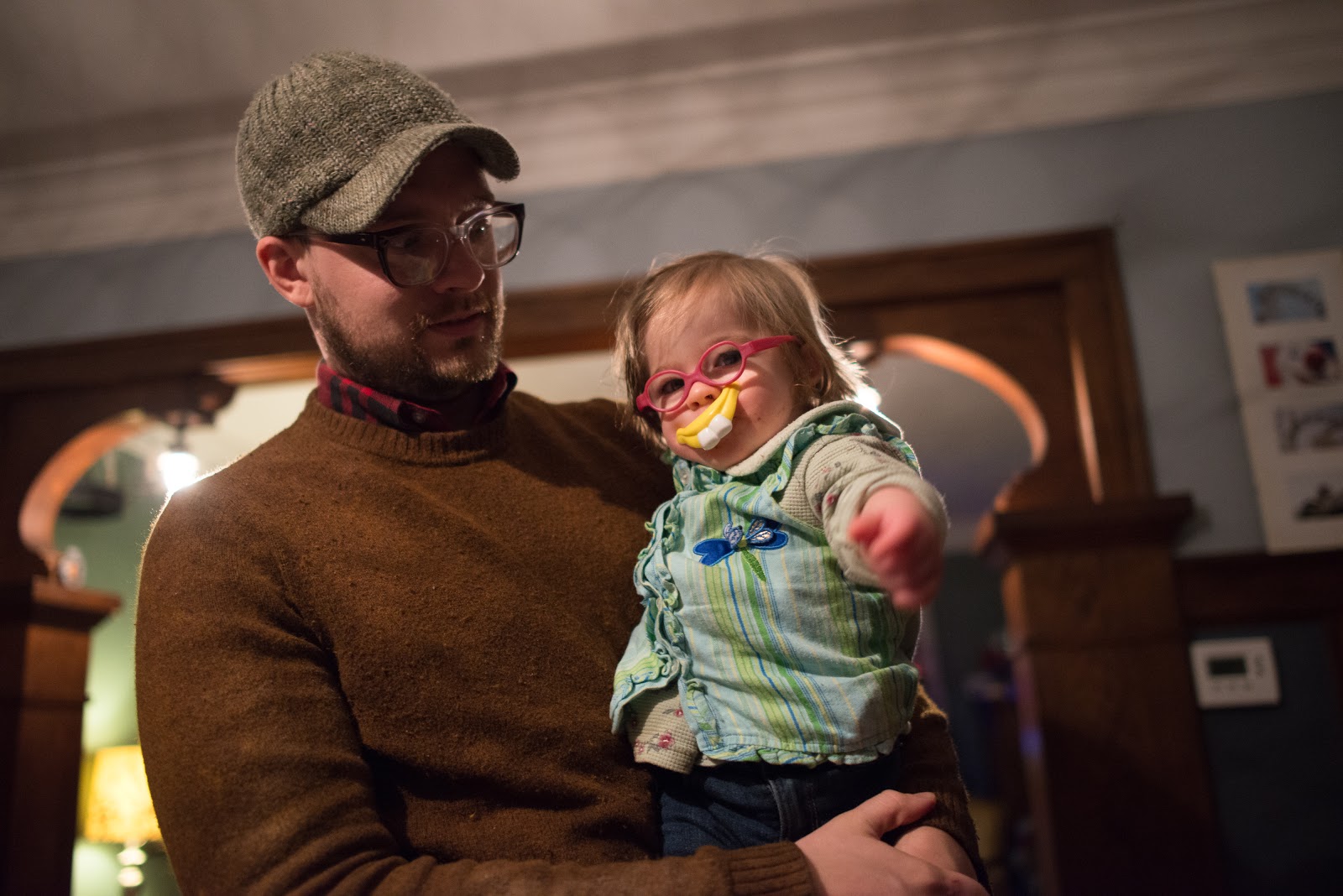 I taught Meadow how to put the clown lips from her new Mr. Potato Head in her mouth. She wanted to show mama her new trick. 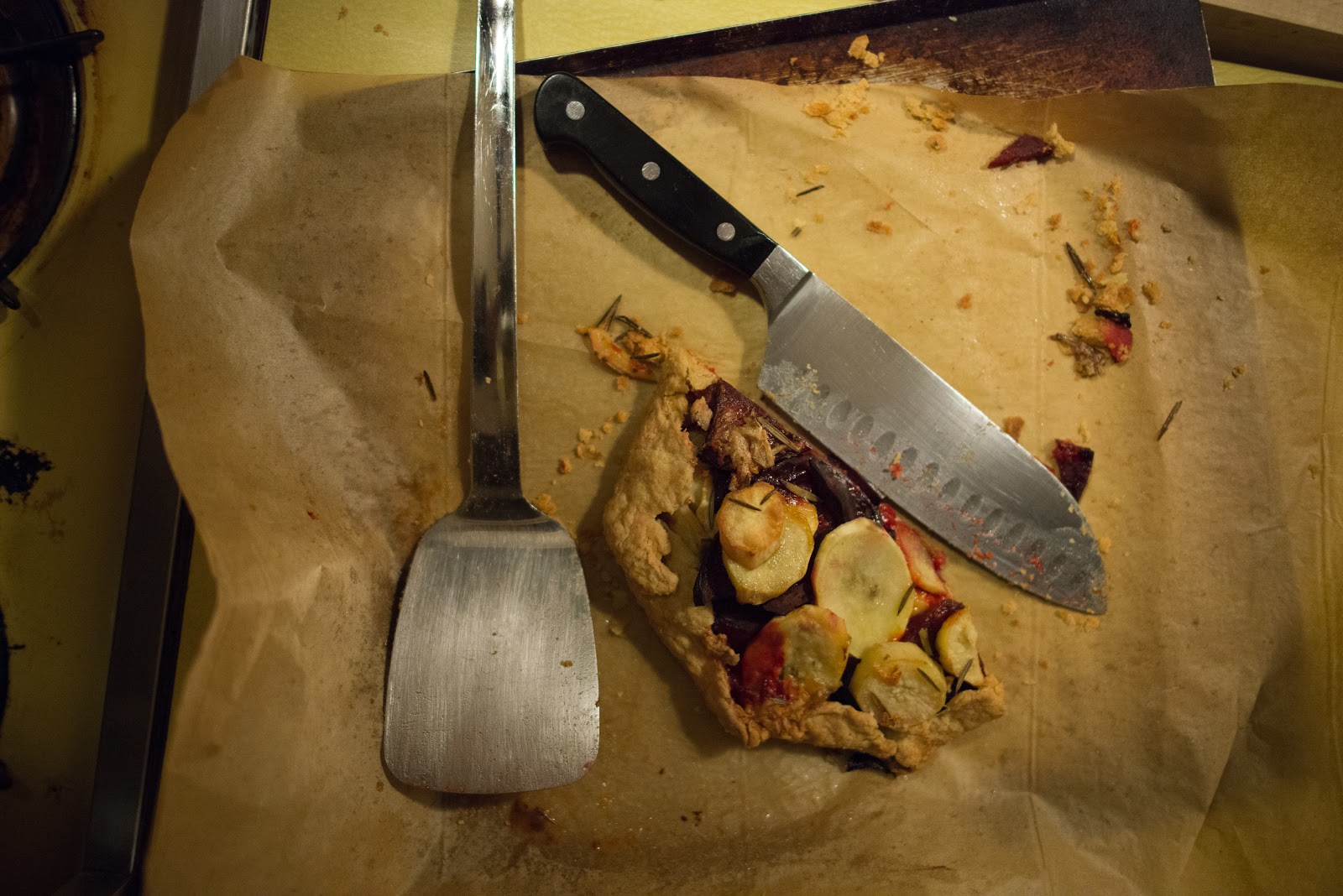 This took forever to bake. For some reason the sweet potatoes were not cooking through. It only took 40 minutes longer than the instructions. 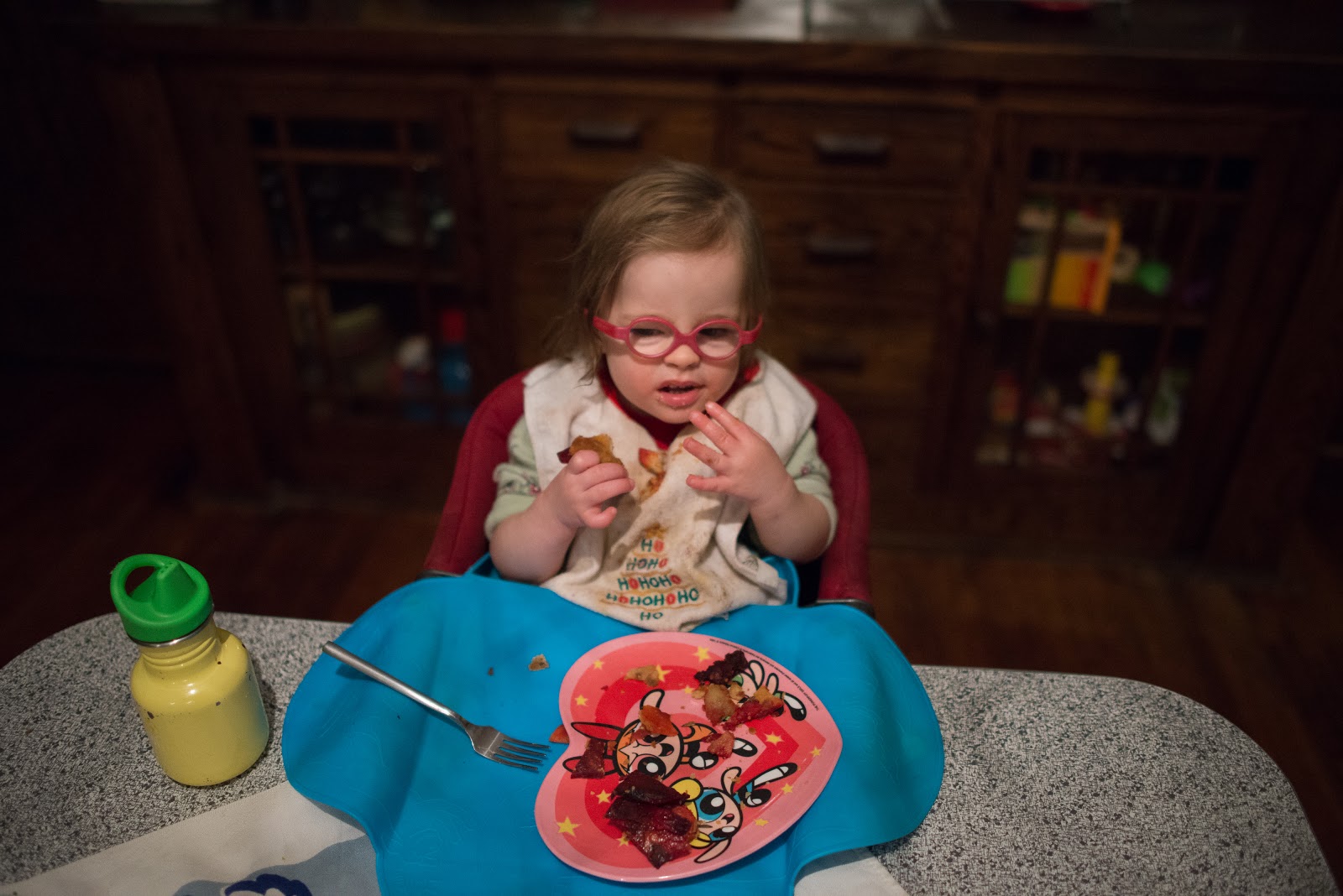 Despite her face she liked this meal. She even ate a few beets.

I kept thinking it was Sunday and that Downton Abbey would be on. I had to keep reminding myself that it was Saturday. I have to say, not bad for my first Saturday off.