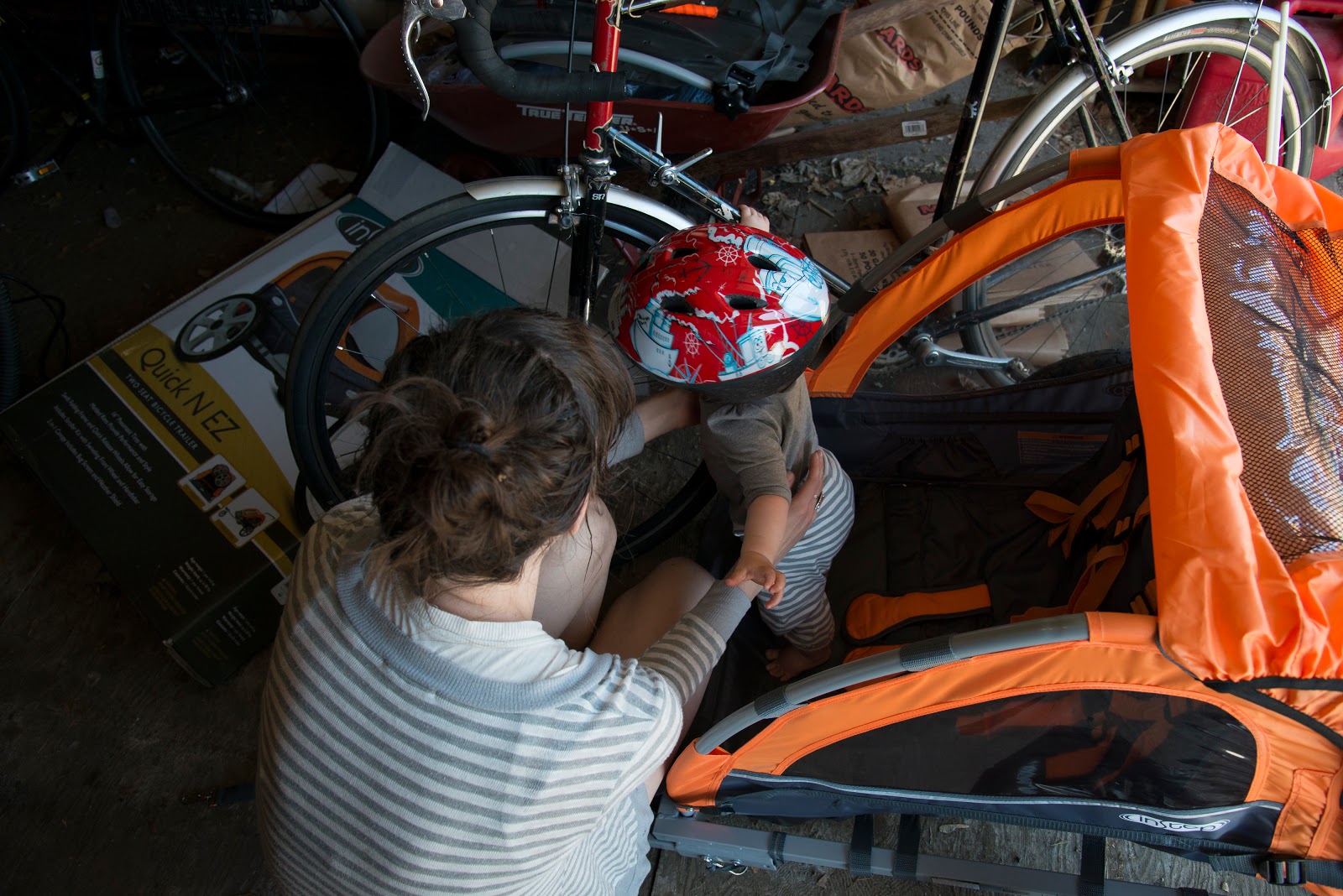 The Thursday before Labor Day we took Meadow on her first bike ride in her trailer or should I say chariot. 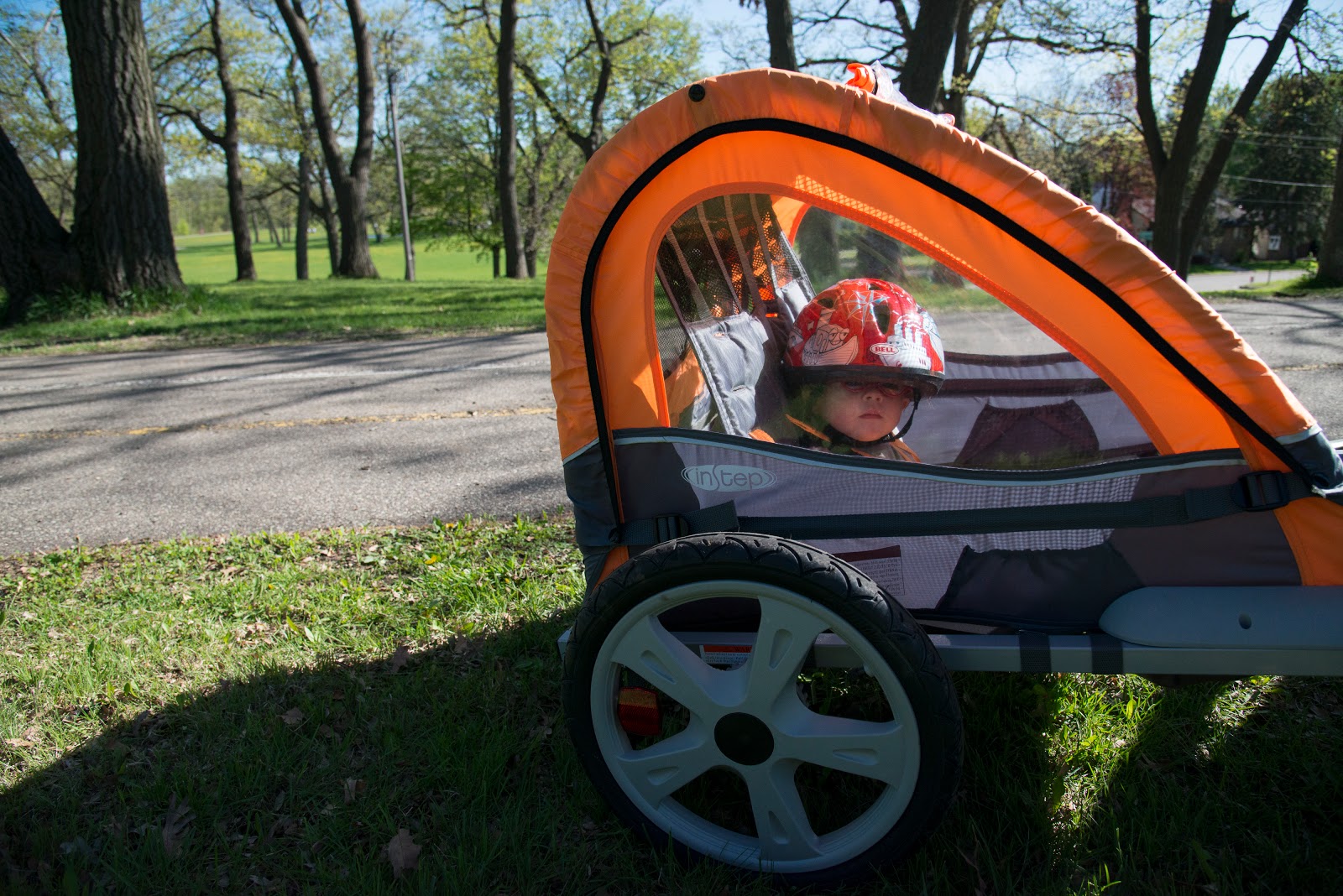 It was hard for her to have her neck face forward so we're going to put a towel behind her shoulders next time.

Her helmet also seems a little big for her tiny head so it often covers her eyes. 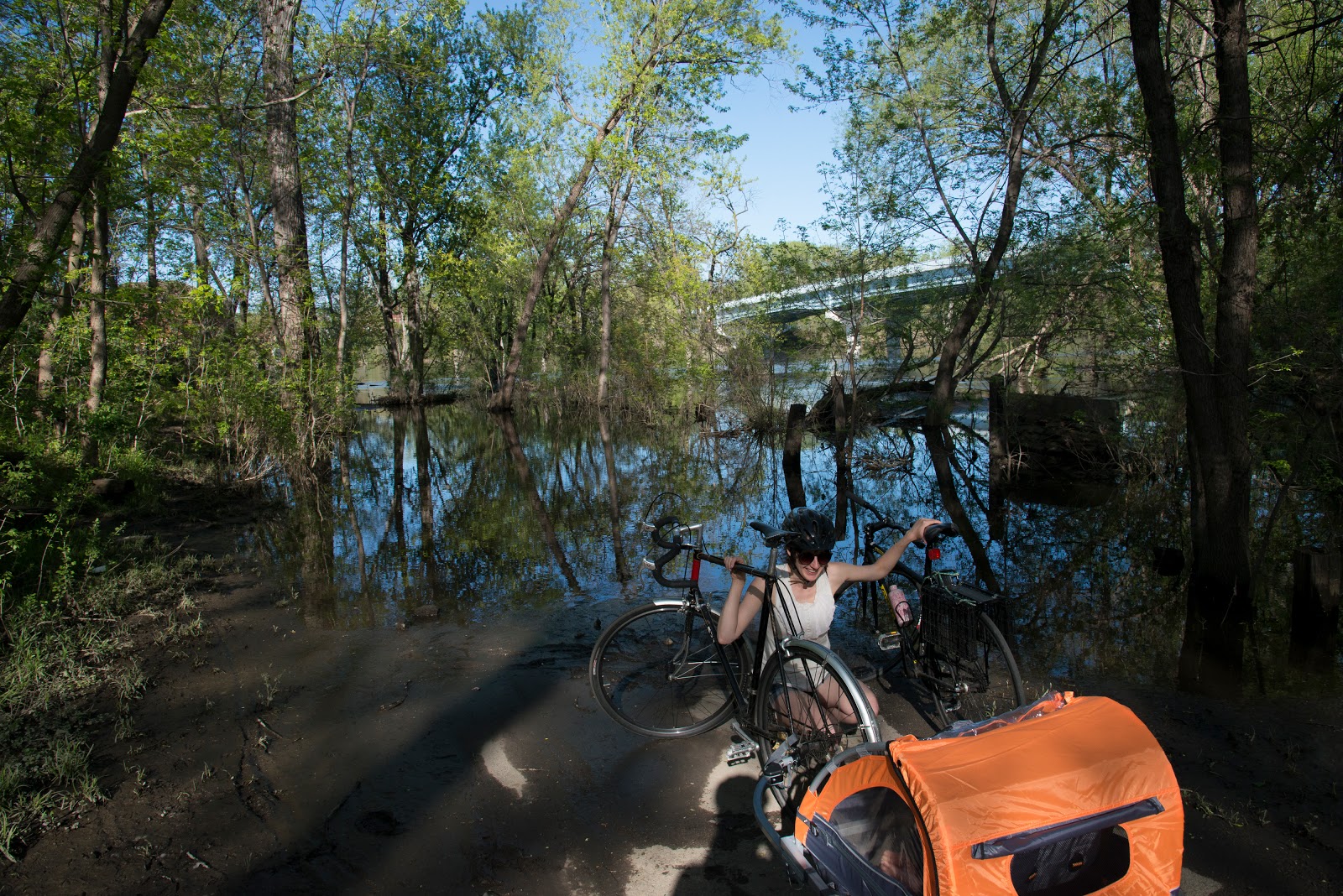 We made it all the way to North Mississippi Regional Park via Victory Memorial Parkway. 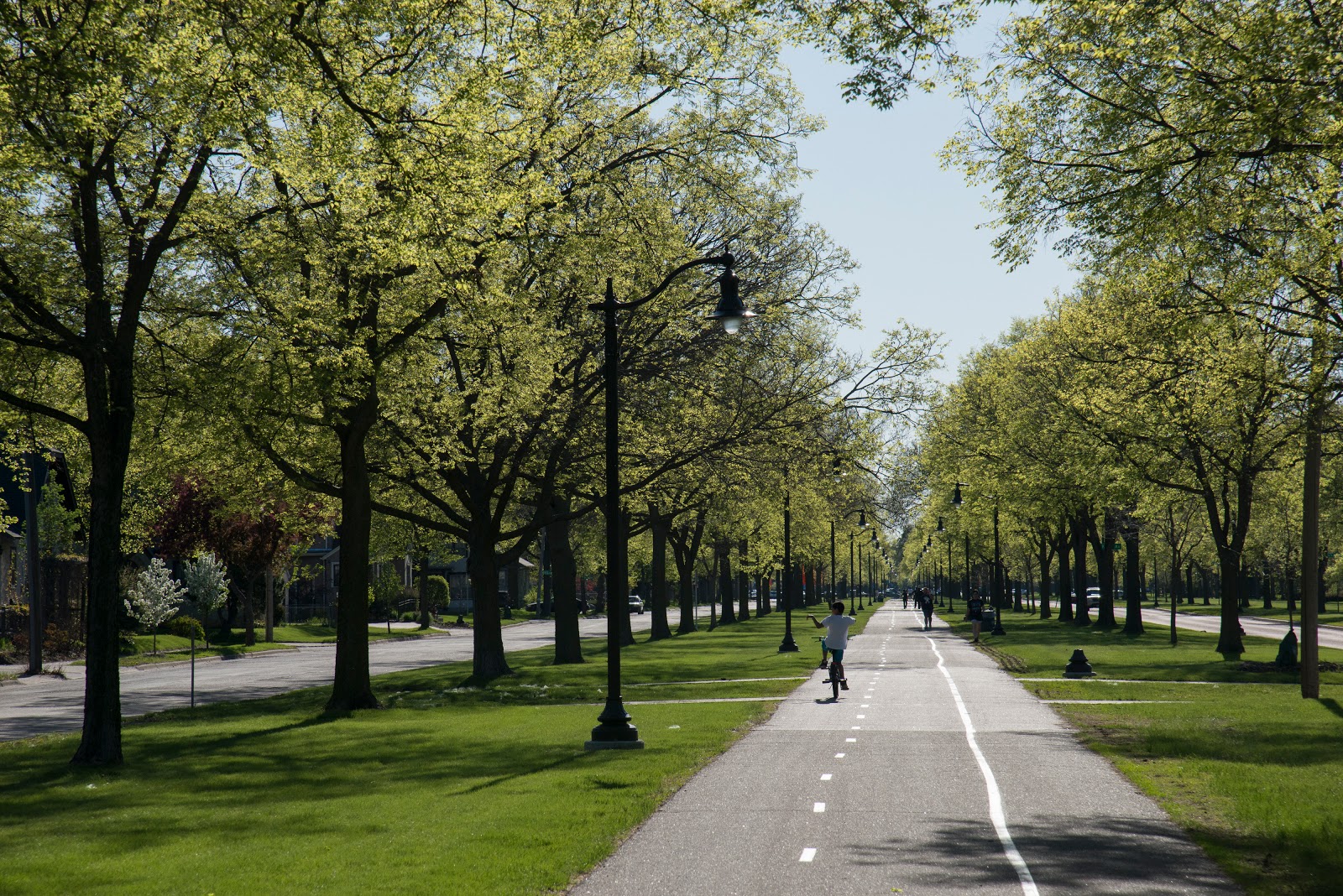 This will be the first of many bike rides with Meadow. 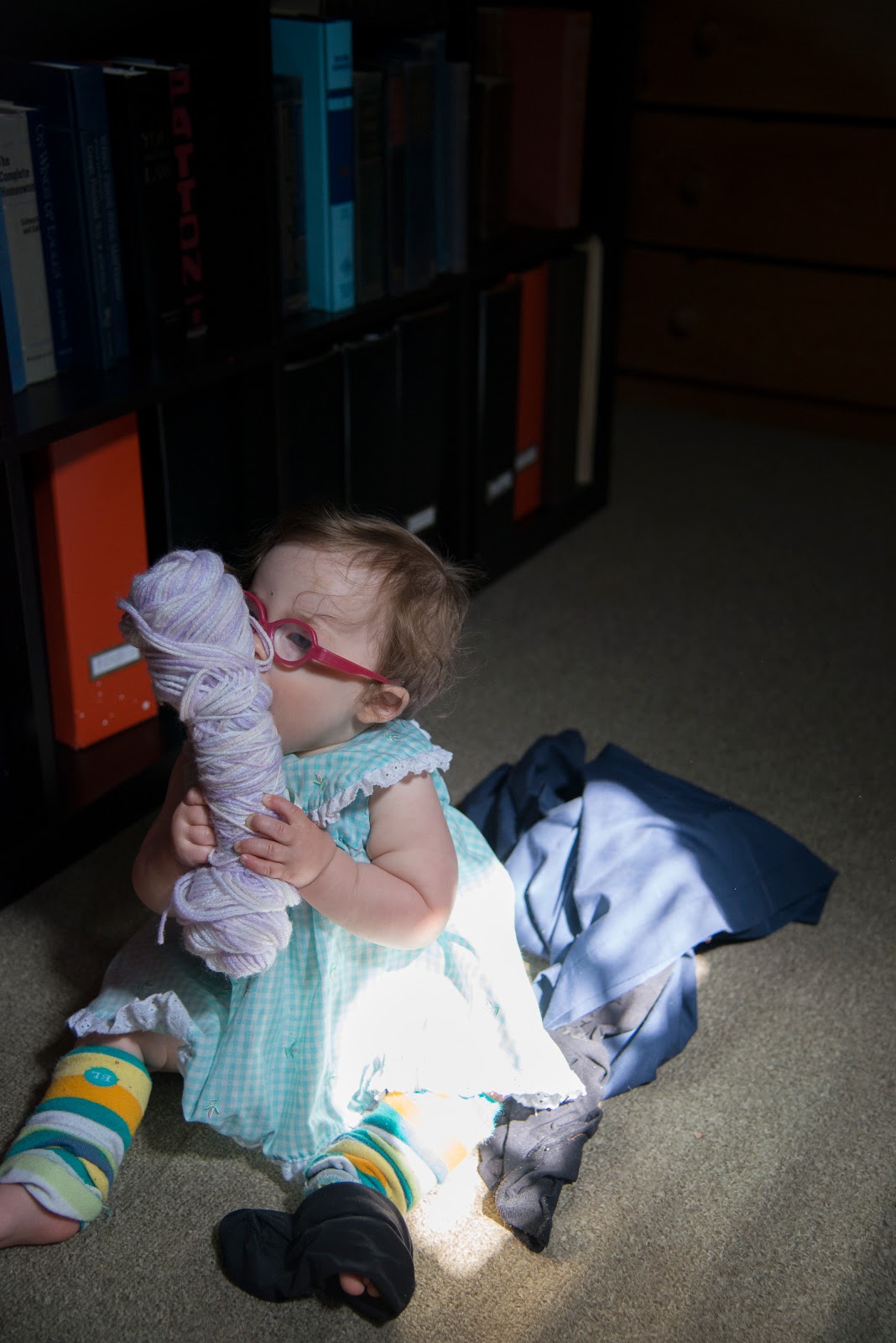 Pulling my yarn off the shelf is one of Meadow's favorite hobbies. 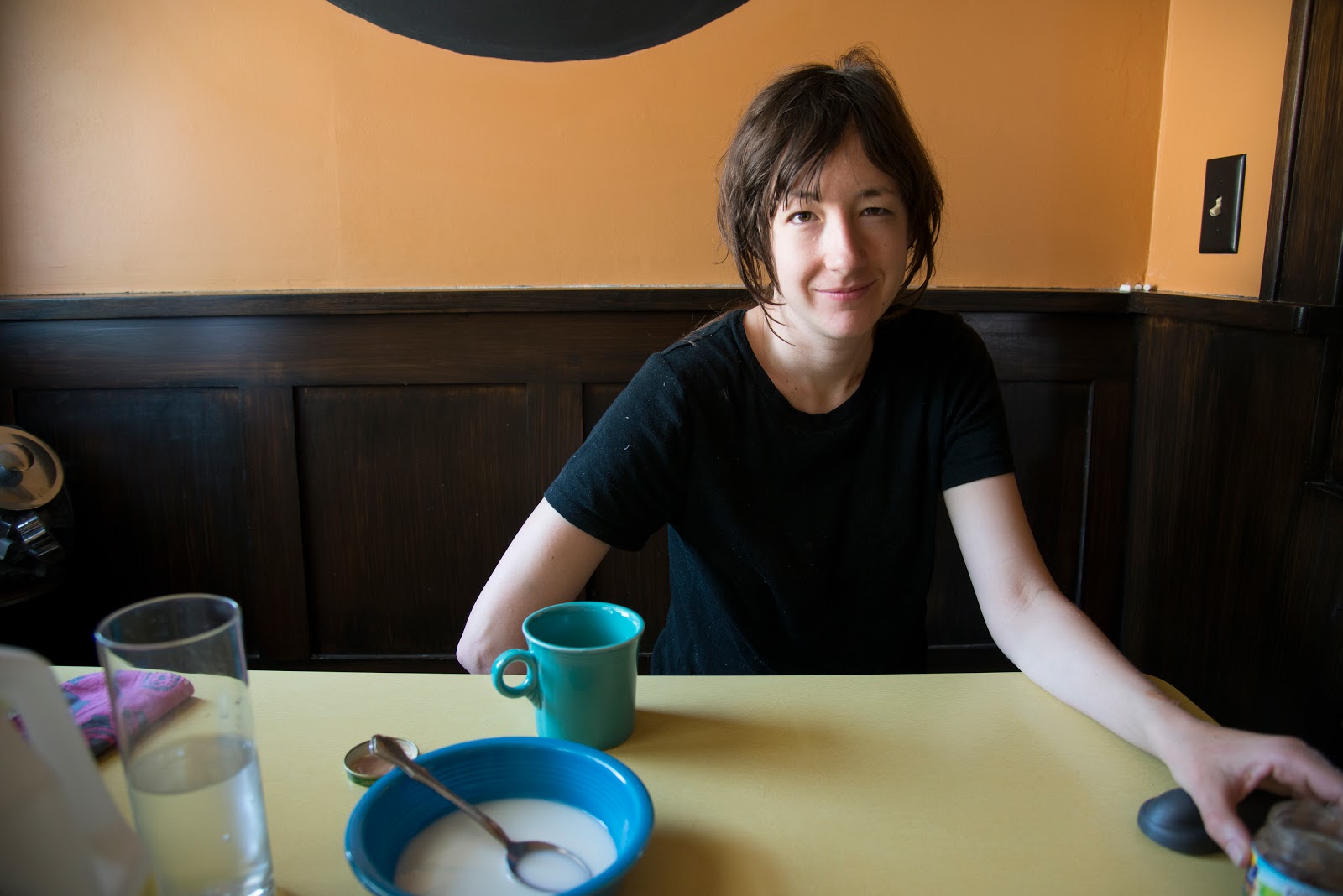 We didn't go up to the cottage this Memorial Day for the first time in years. I accidentally scheduled a wedding.

Acutally last year was the only time we went up for Memorial Weekend because one of us always had to work. 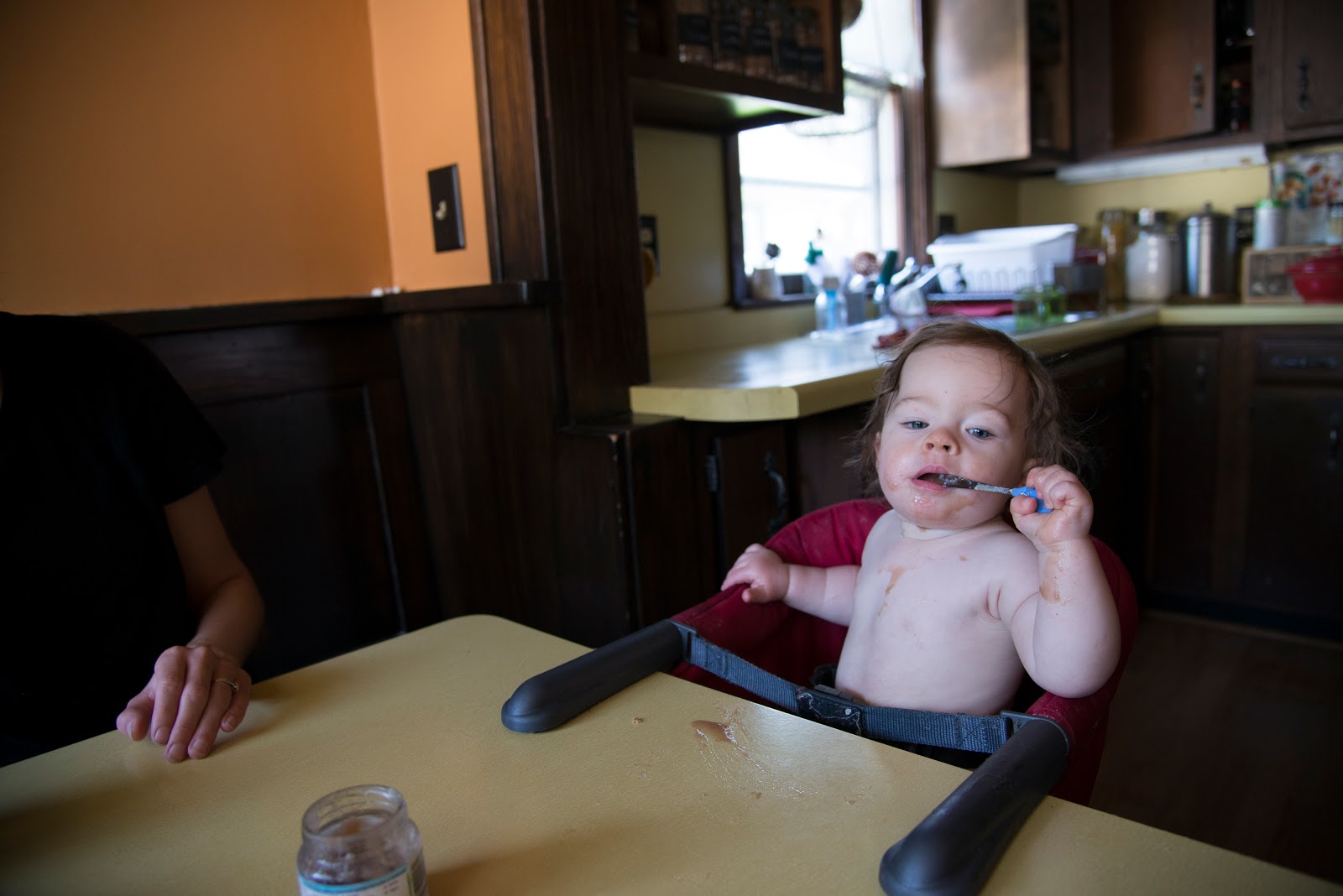 I'm glad its getting warmer out so Meadow can eat shirtless. It makes cleanup easier. 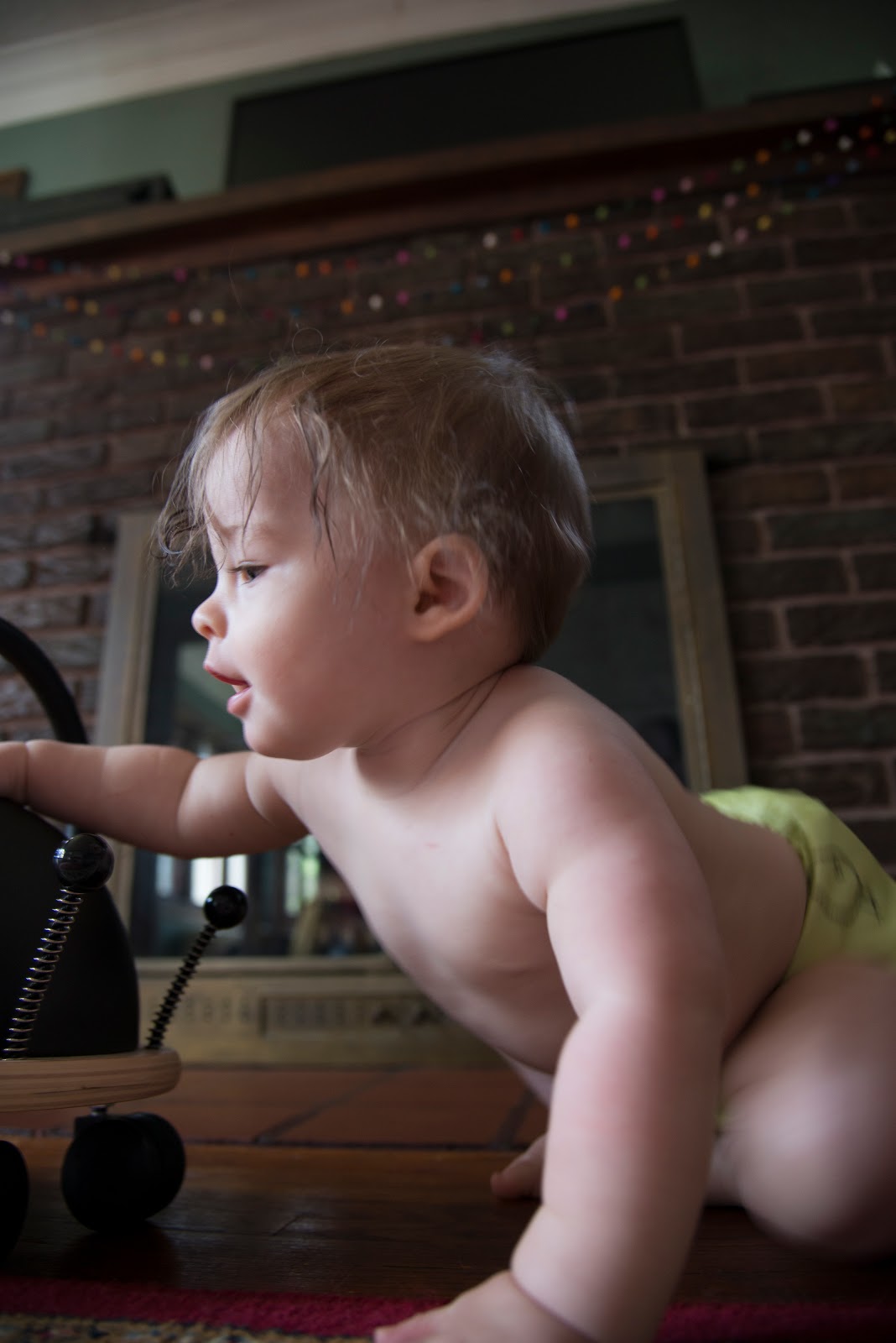 Meadows been crawling around with her bumble bee Wheely Bug recently.

She likes to use it as a walker with her knees. 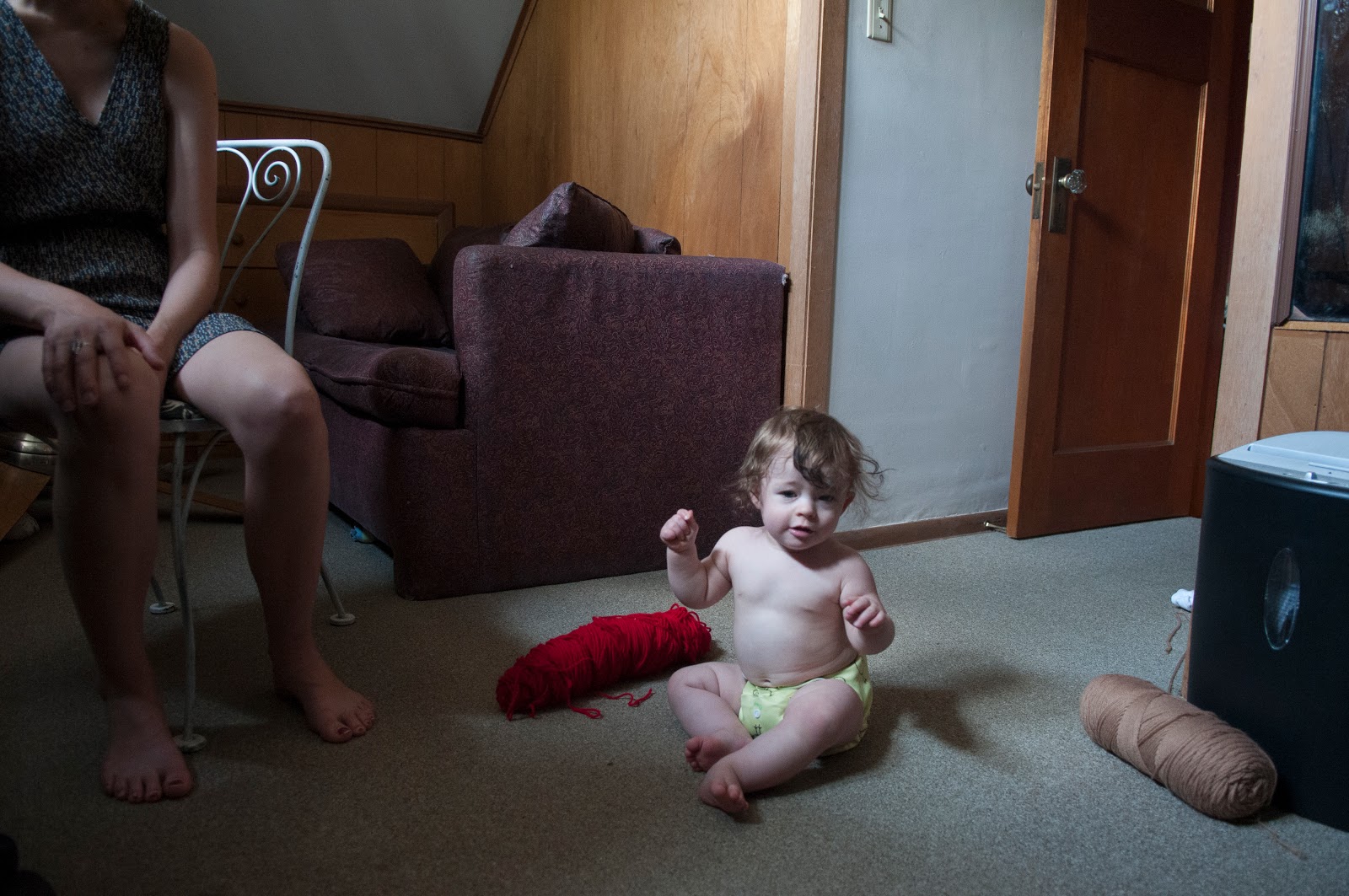 We weren't sure what to do the rest of the day before my wedding shoot. 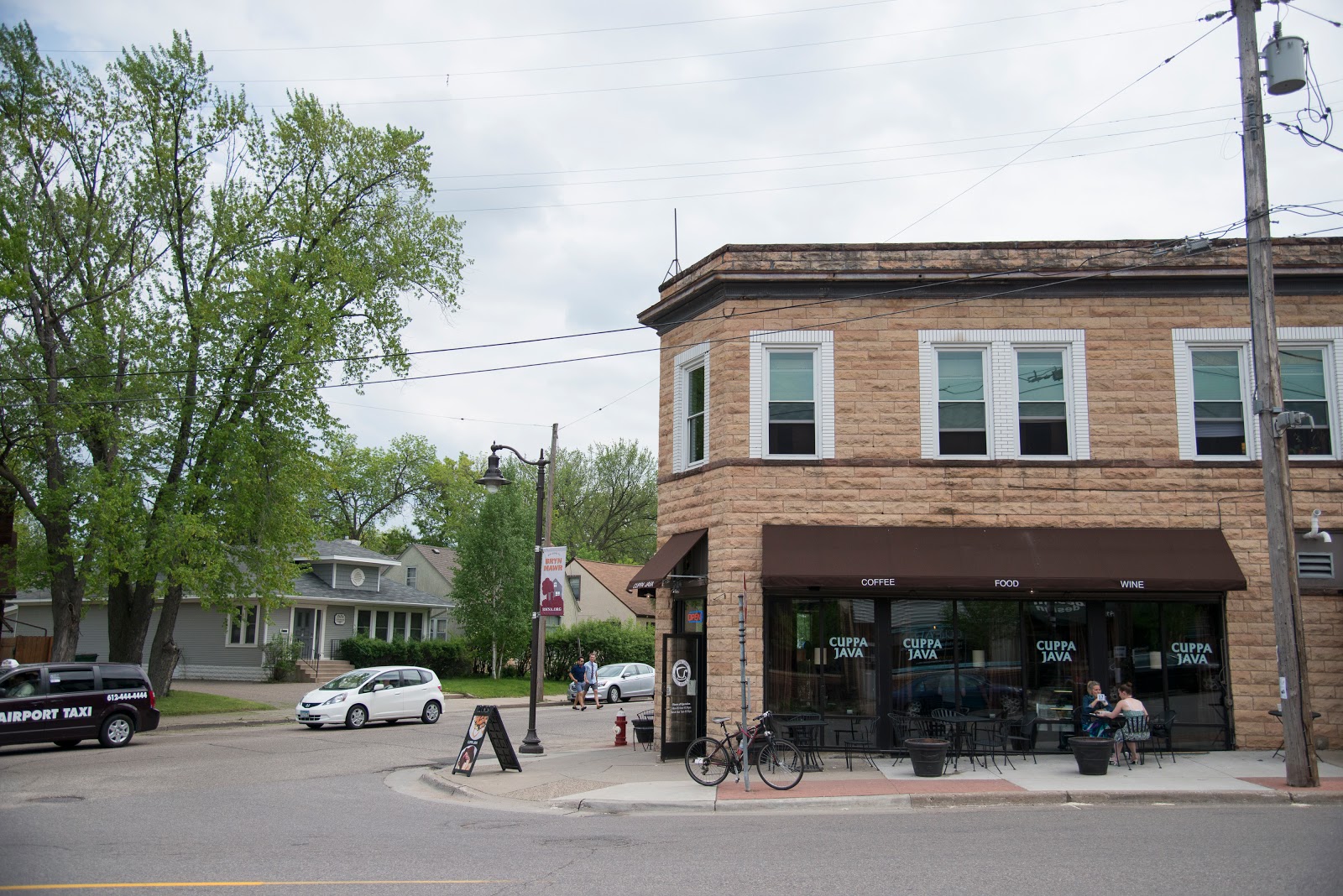 We decided on kayking, but first we picked up some lunch at Cuppa Java in the Bryn Mawr neighborhood.

We first tried to get something to eat across the street at the organic market. I wish we lived within walking distance of it. 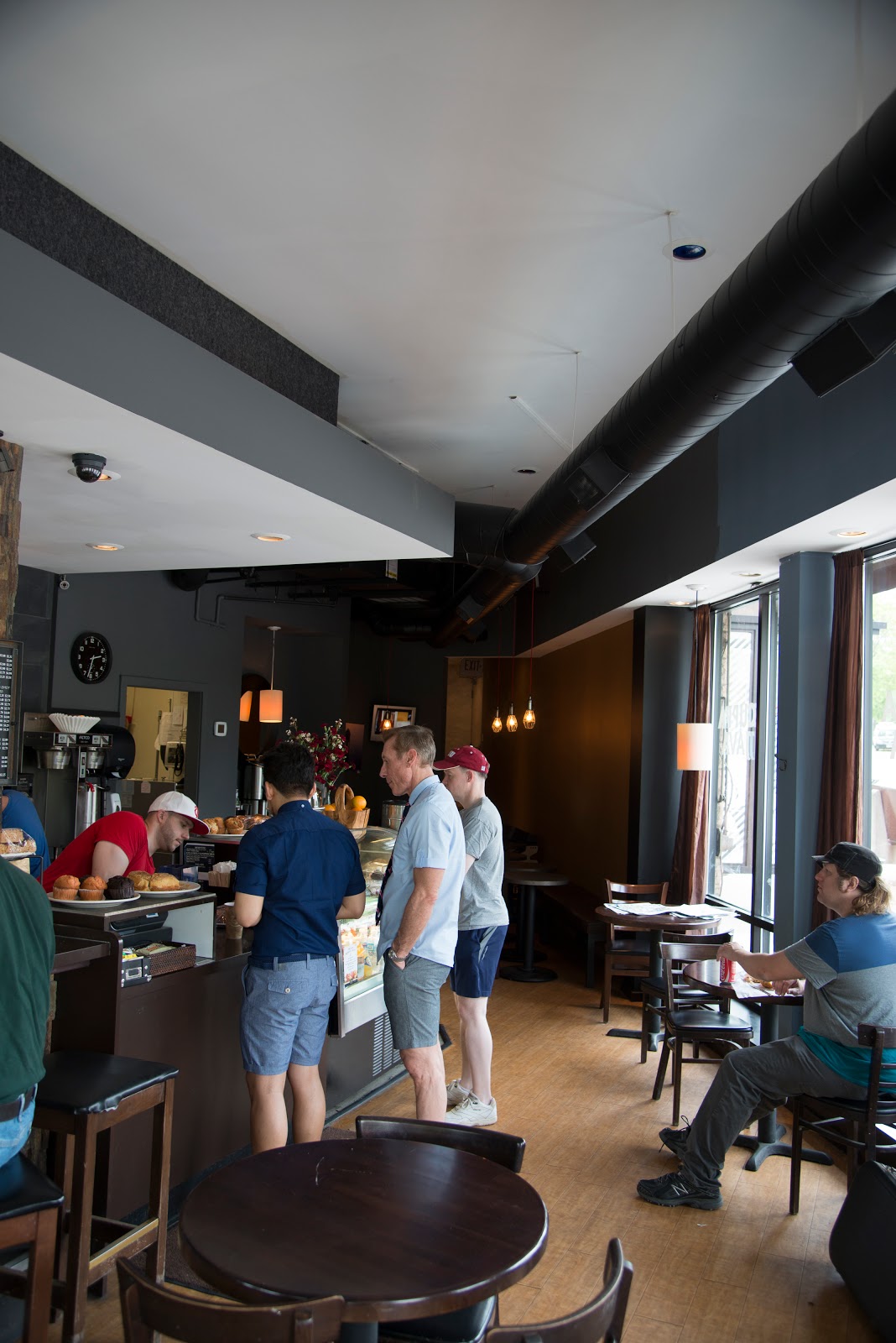 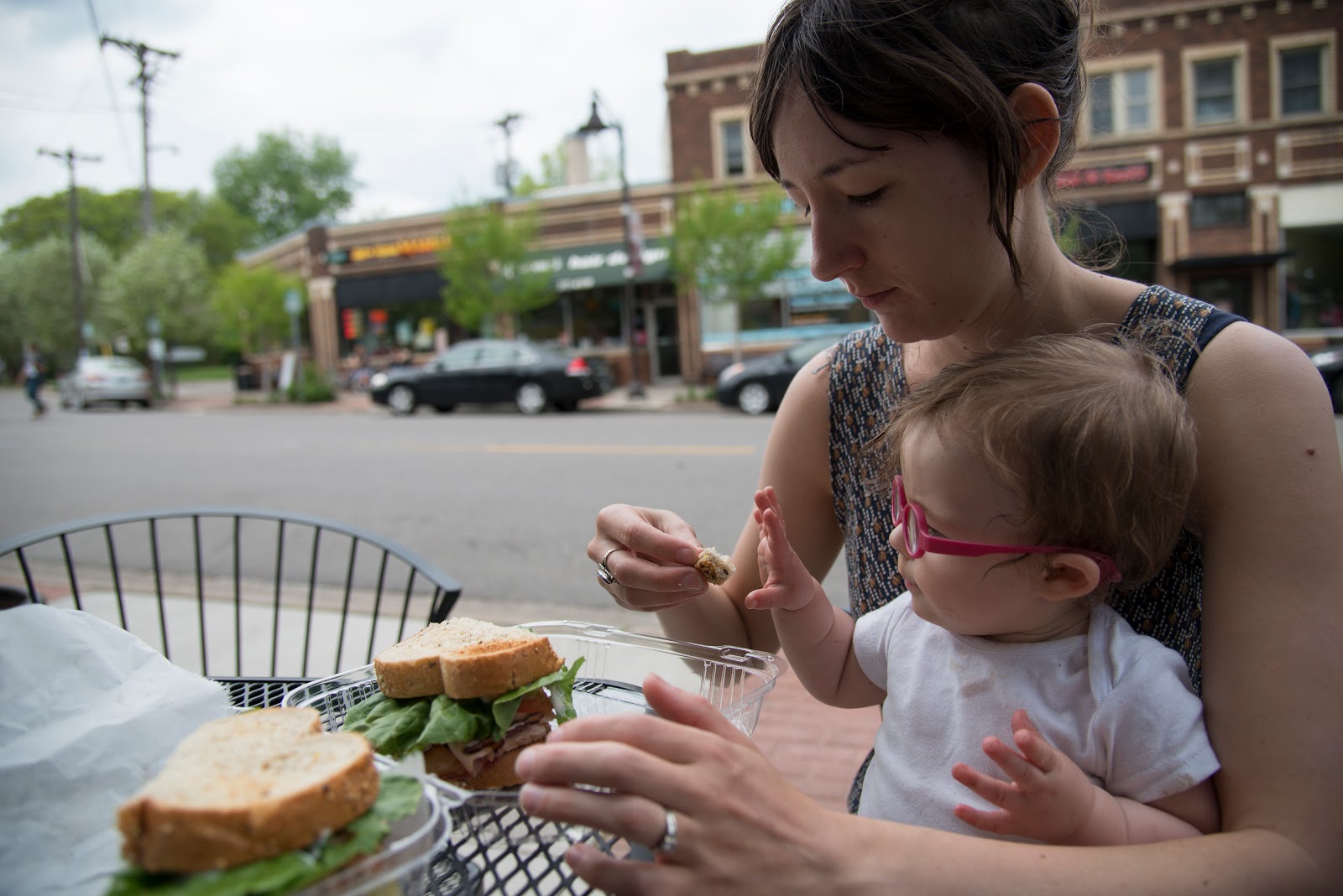 The food was pretty good. 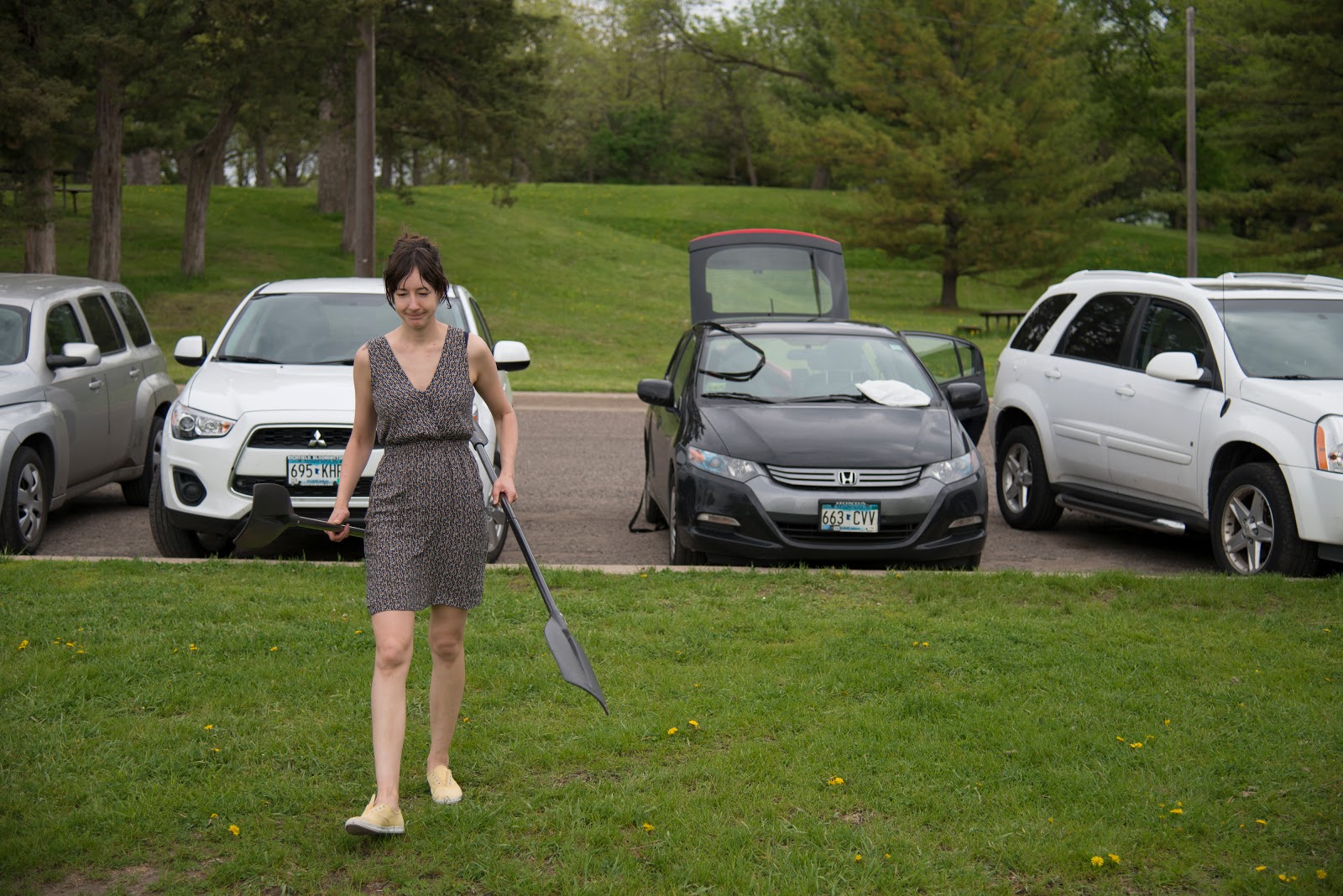 We wanted to do a test run with Meadow in the kayaks since we weren't sure how she would be. We were mostly worried about her moving around too much or trying to jump out. We settled on Wirth Lake as an easy little trip. 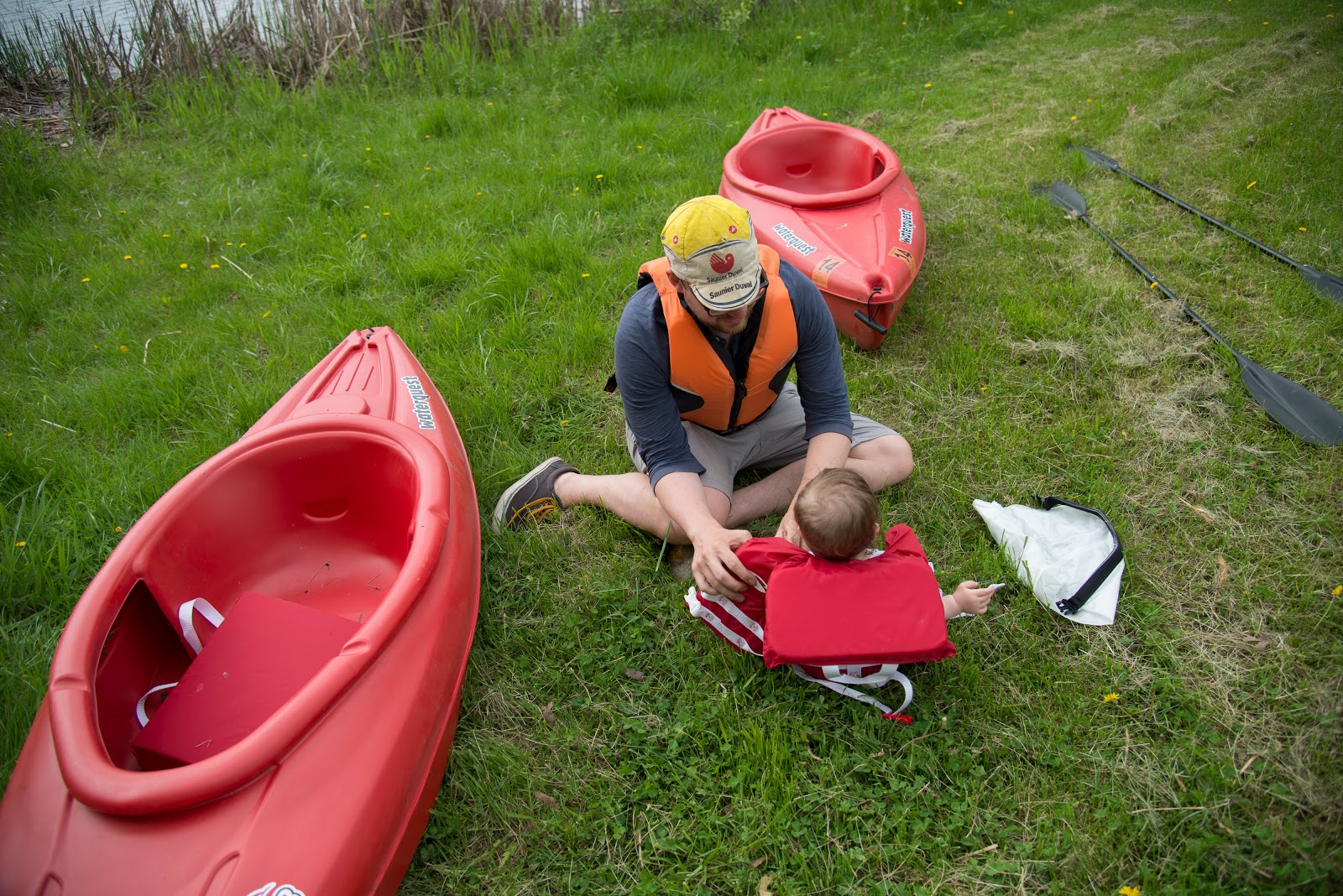 She put up a fight when I put on the life jacket. 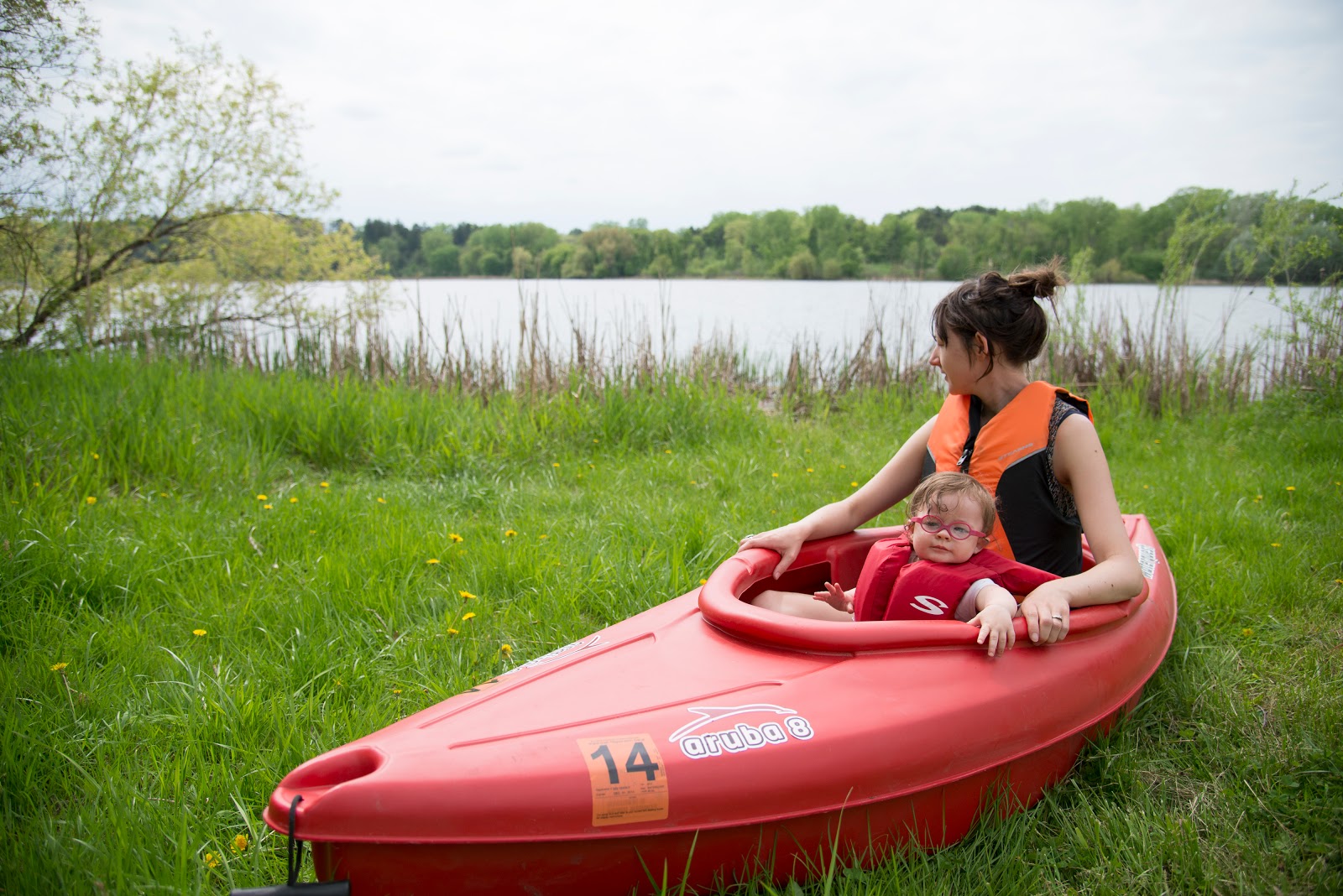 My two favorite ladies were ready for a little kayak adventure on Wirth Lake. 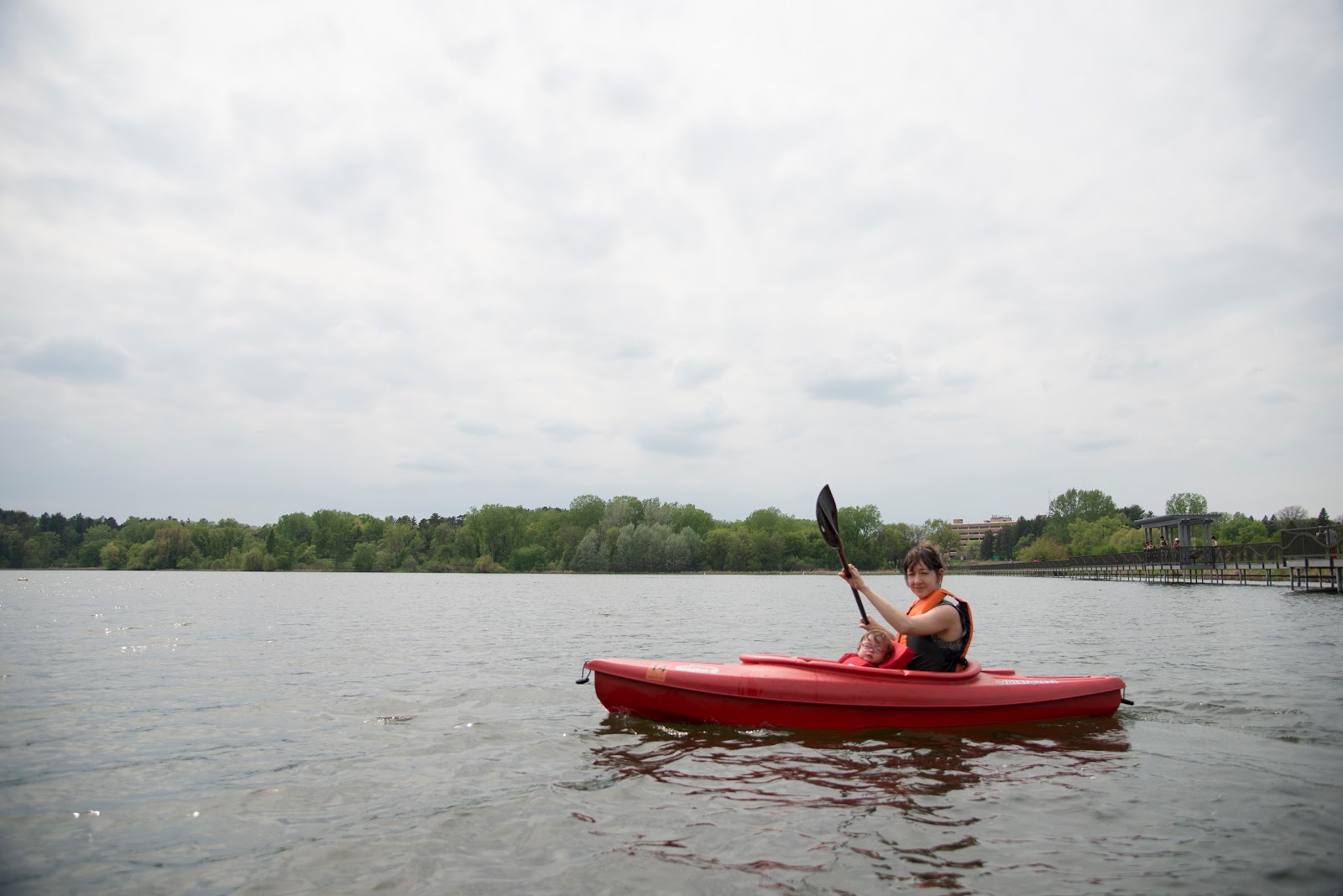 With the life jacket on she couldn't move much and she wasn't in the way of my paddles. 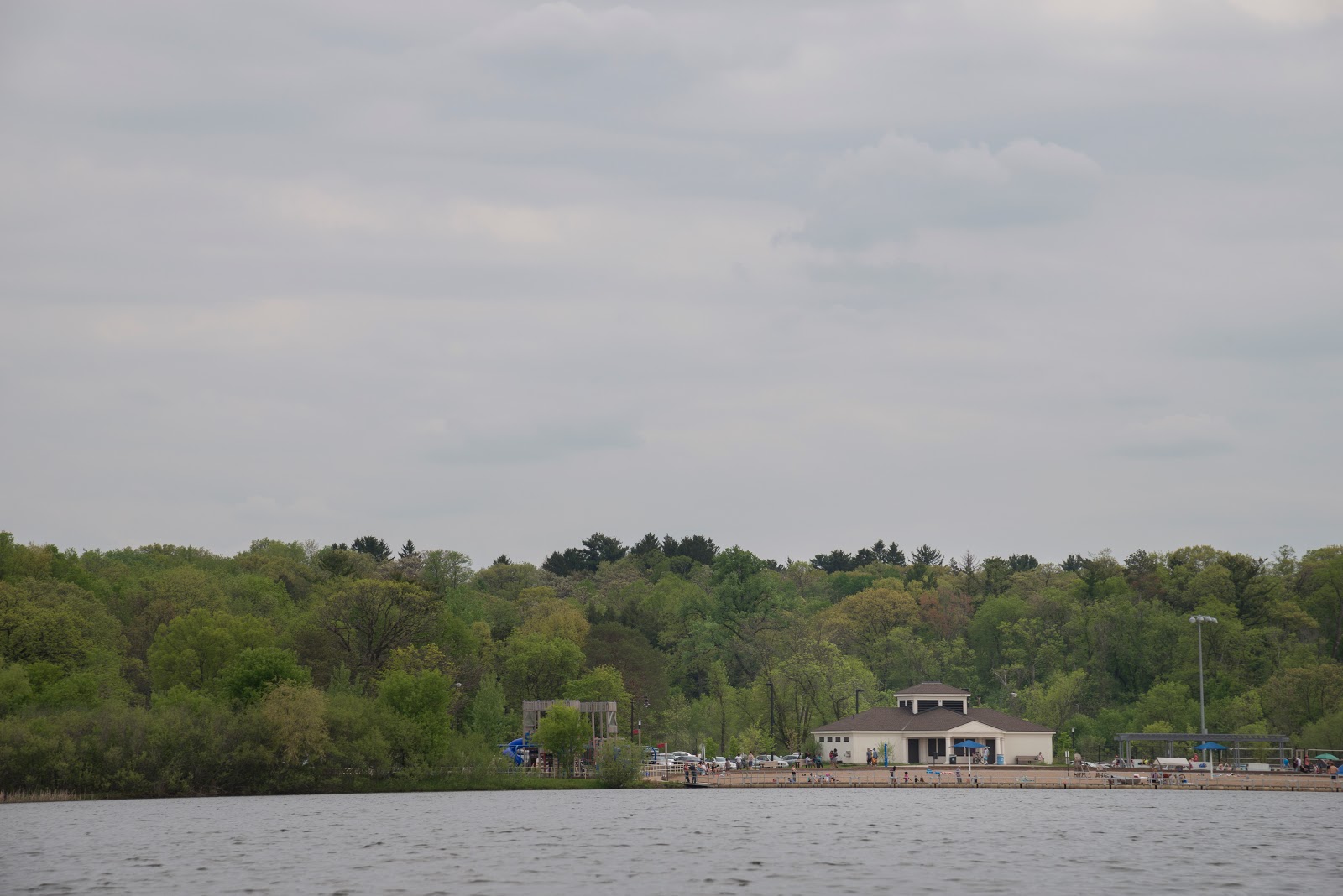 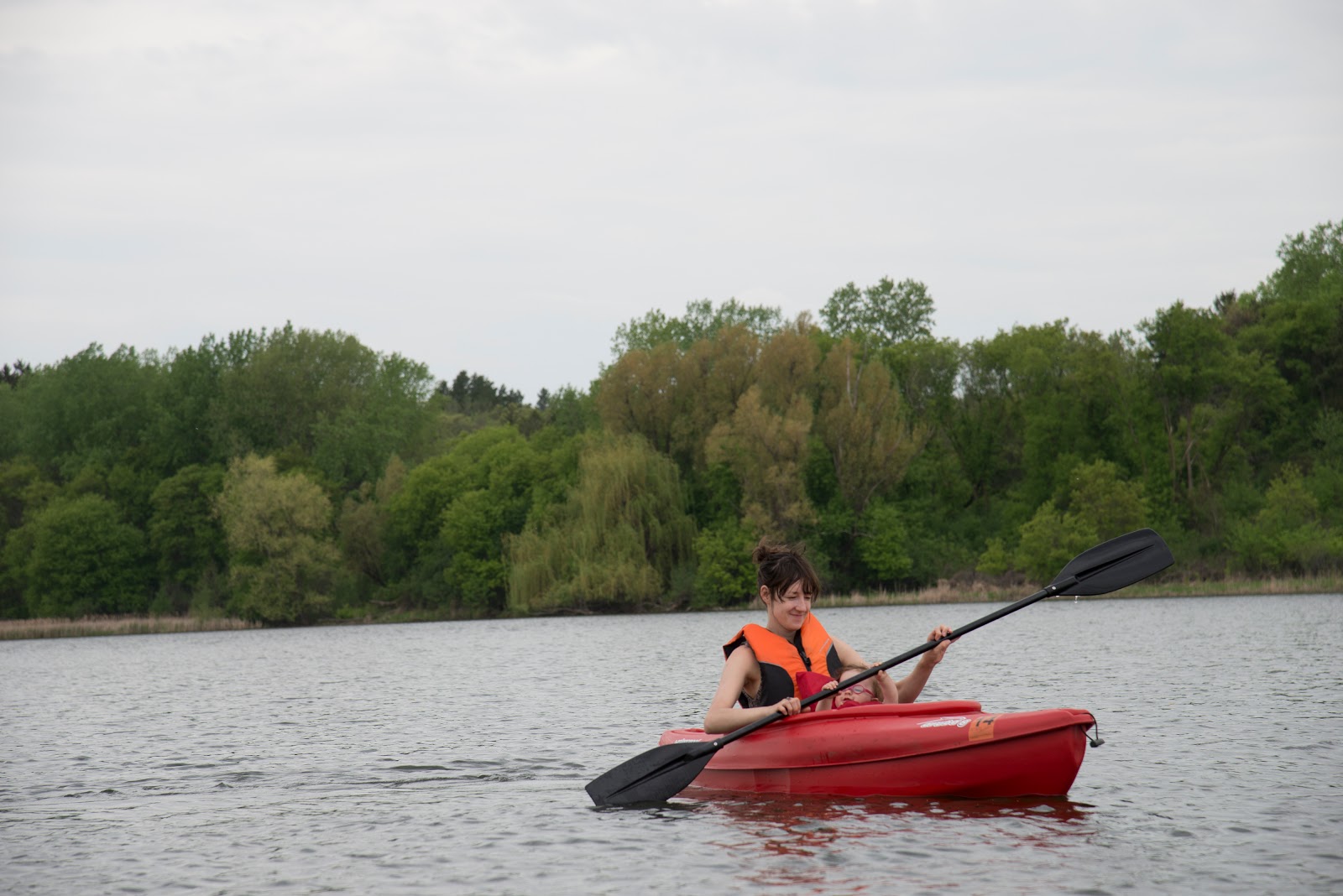 Not the most exciting place to take a kayak, but it was a good test run with the little bear.

After a while she wanted to help me paddle. 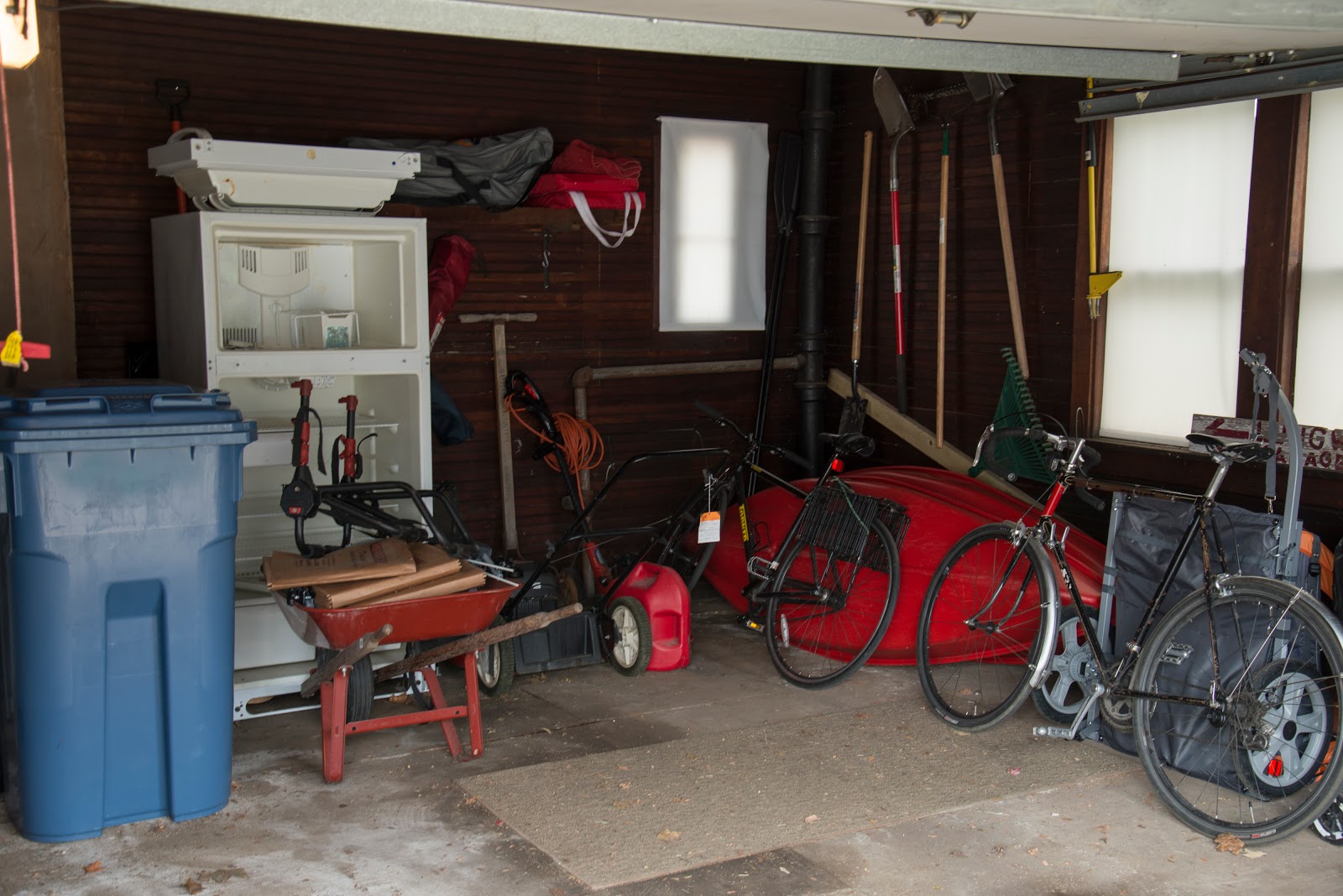 When we got back we decided to bring out the patio furniture while the neighbor girl watched Meadow. Our garage gets to be a mess over the winter so we reorganized and swept. Now its much easier to get to things. 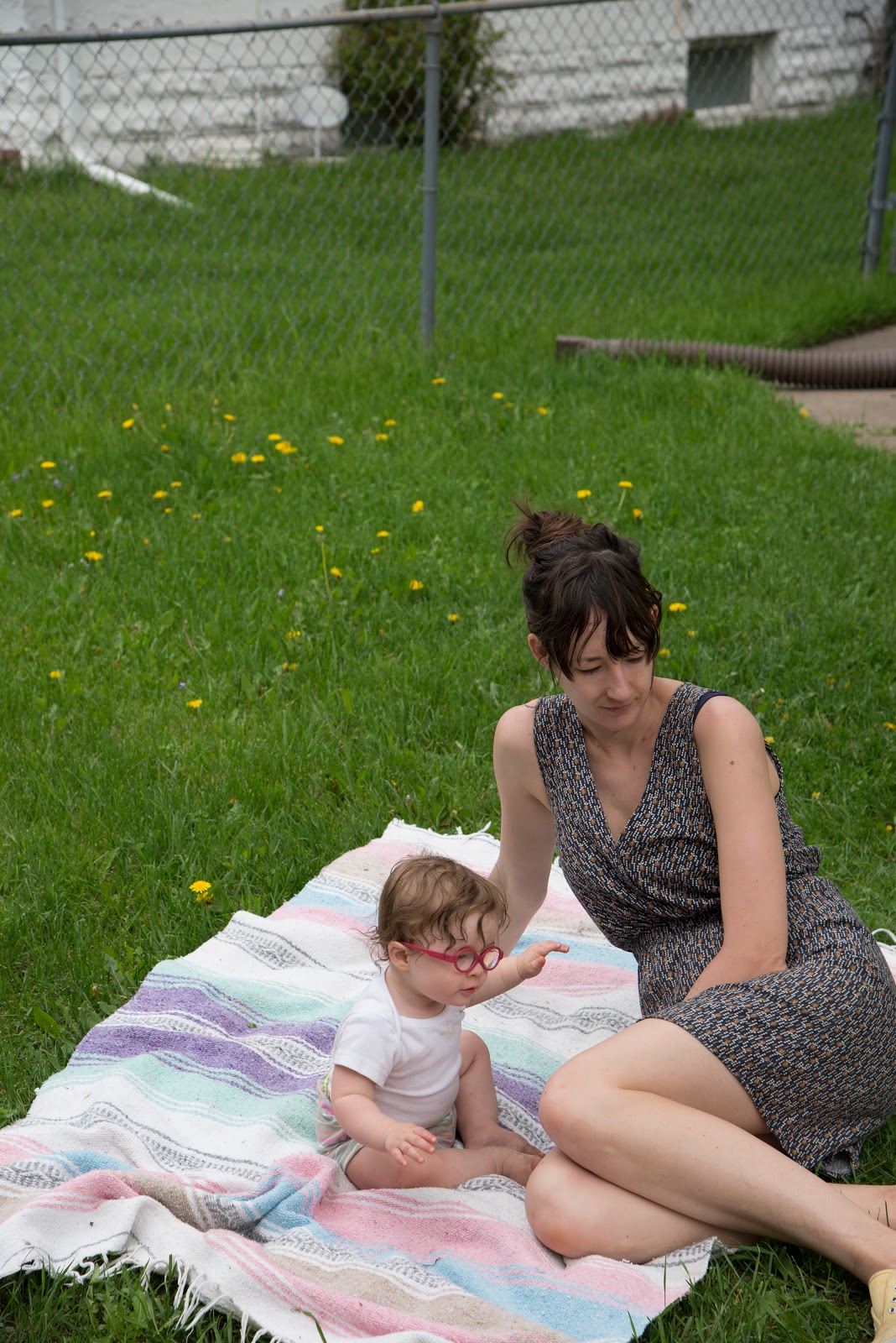 I was dreading going to the wedding since it was a contract gig. I'm way more excited to shoot weddings when clients book me directly. Plus who wouldn't to hang with these two. 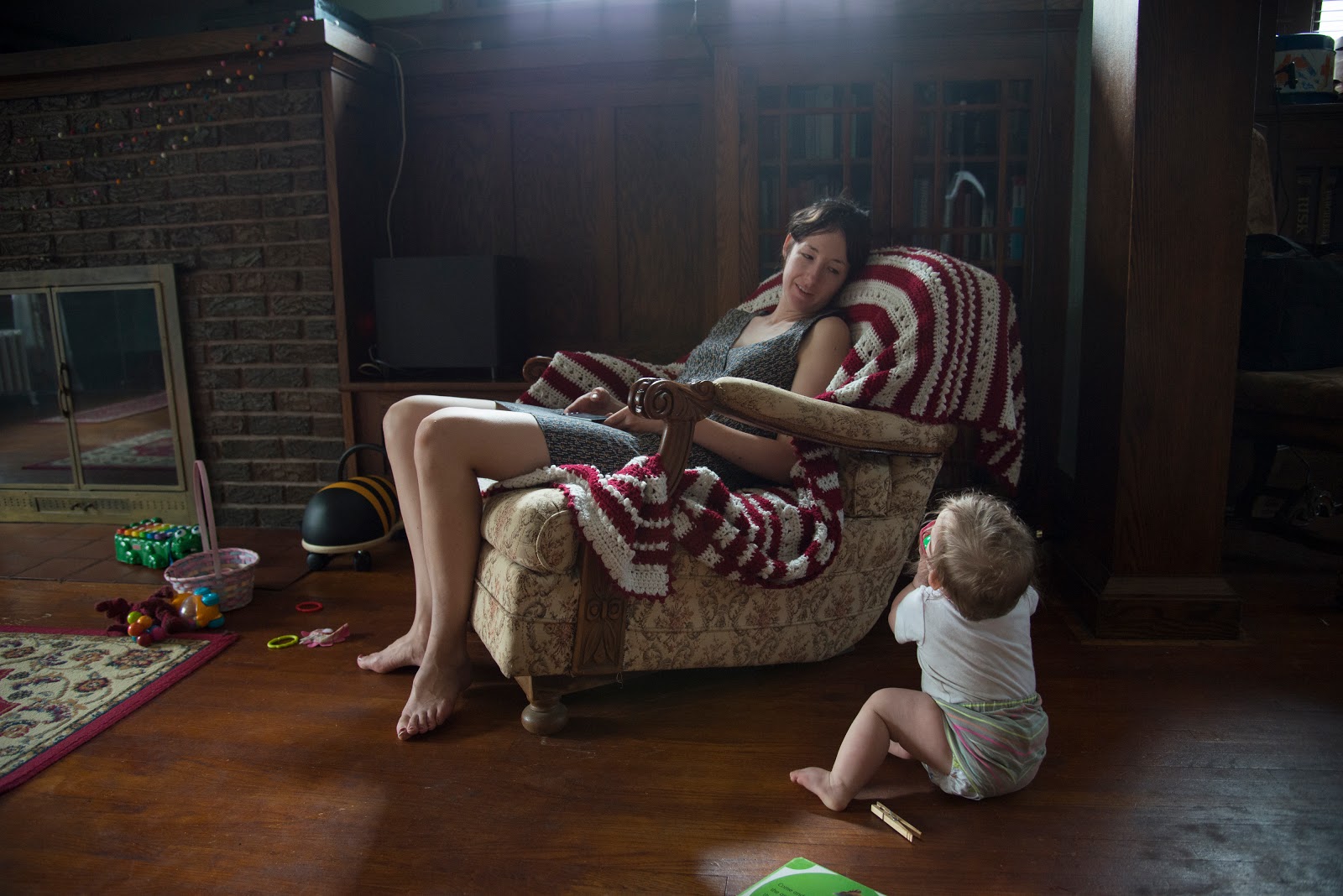 We lounged around for awhile. 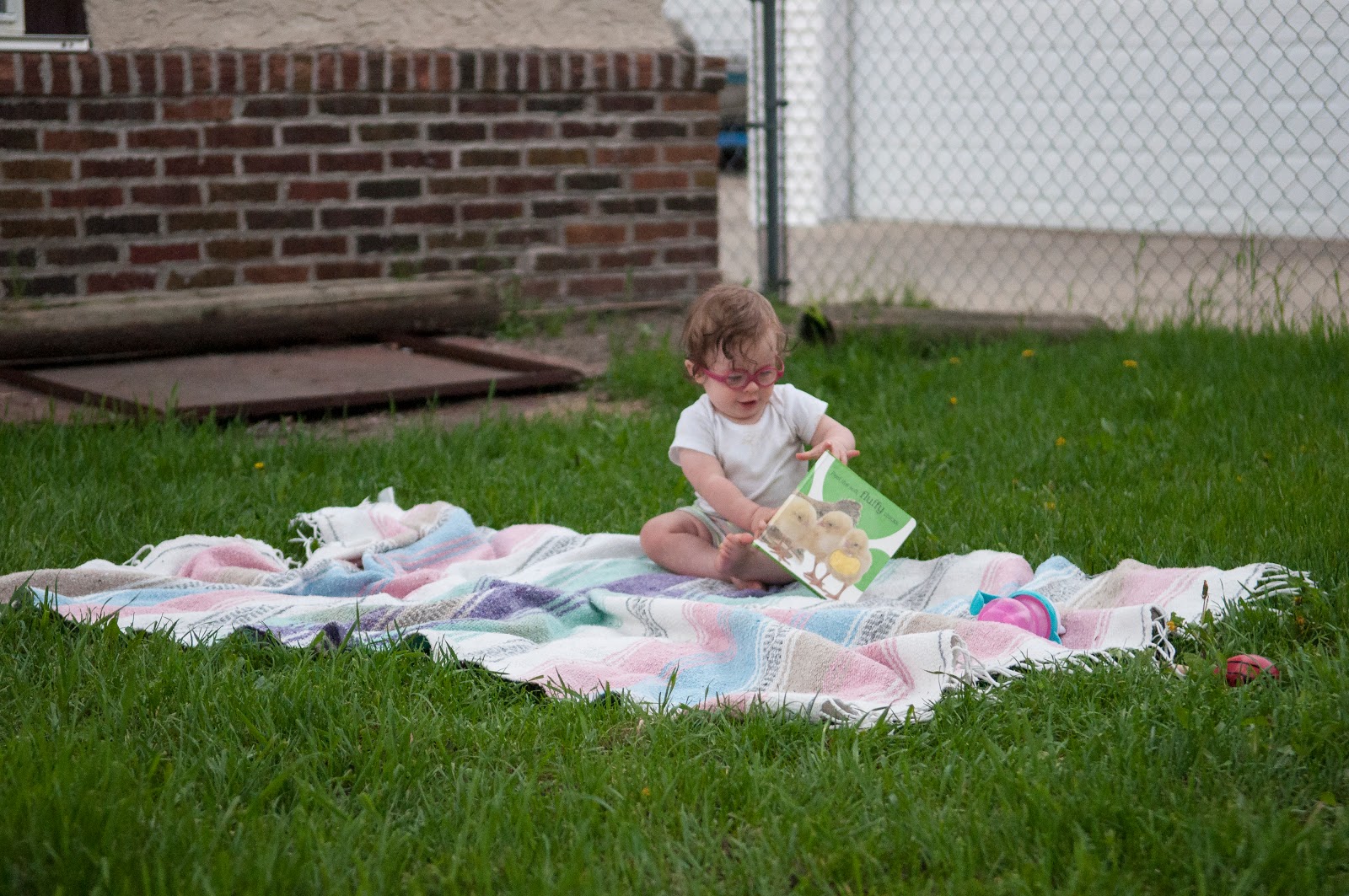 Then I decided I would tackle the garden again. 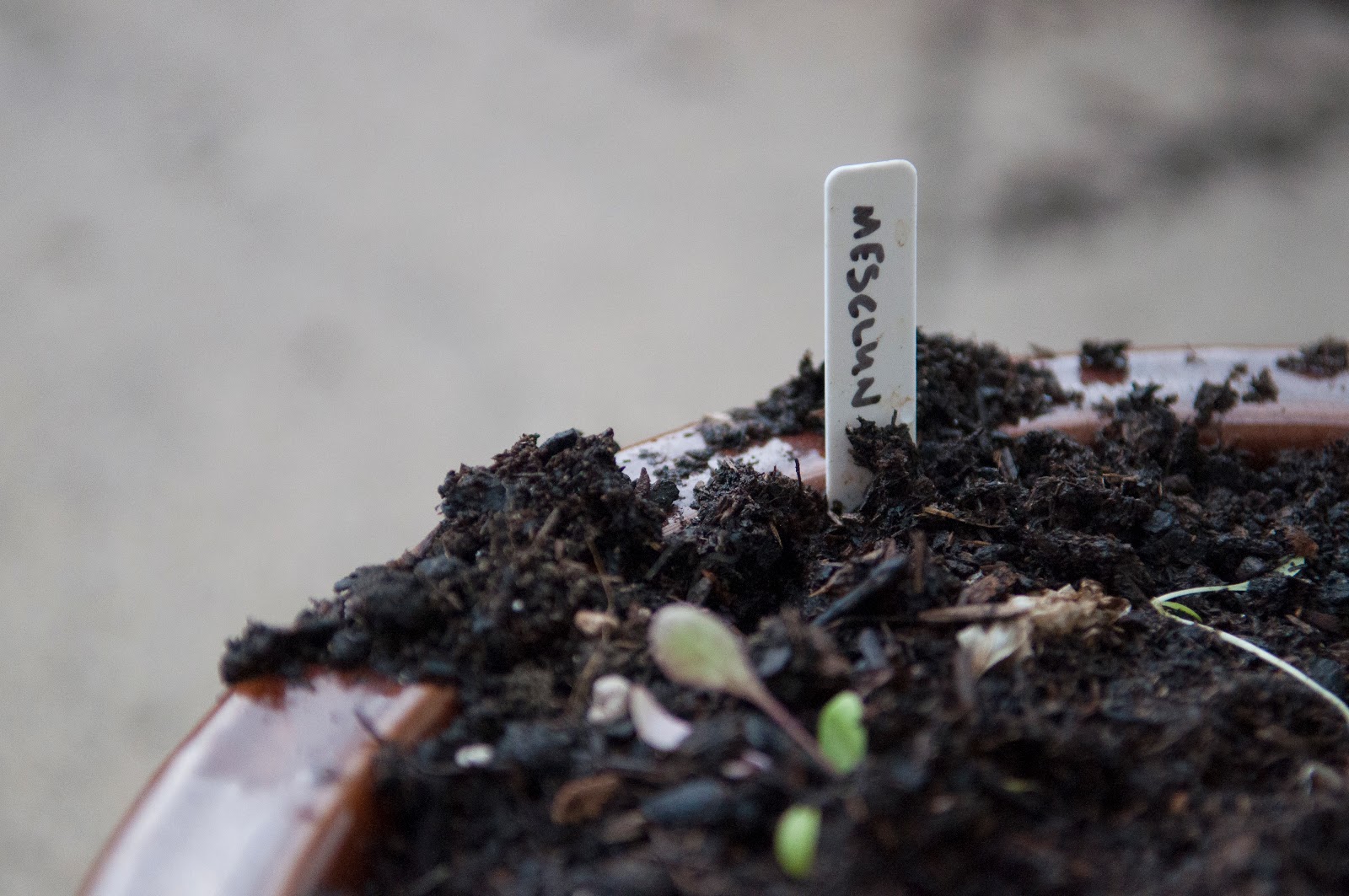 On the north side of our house I had planned to plant the cool weather plants since its mostly shade. I decided to ditch that idea and plant them in planters instead. 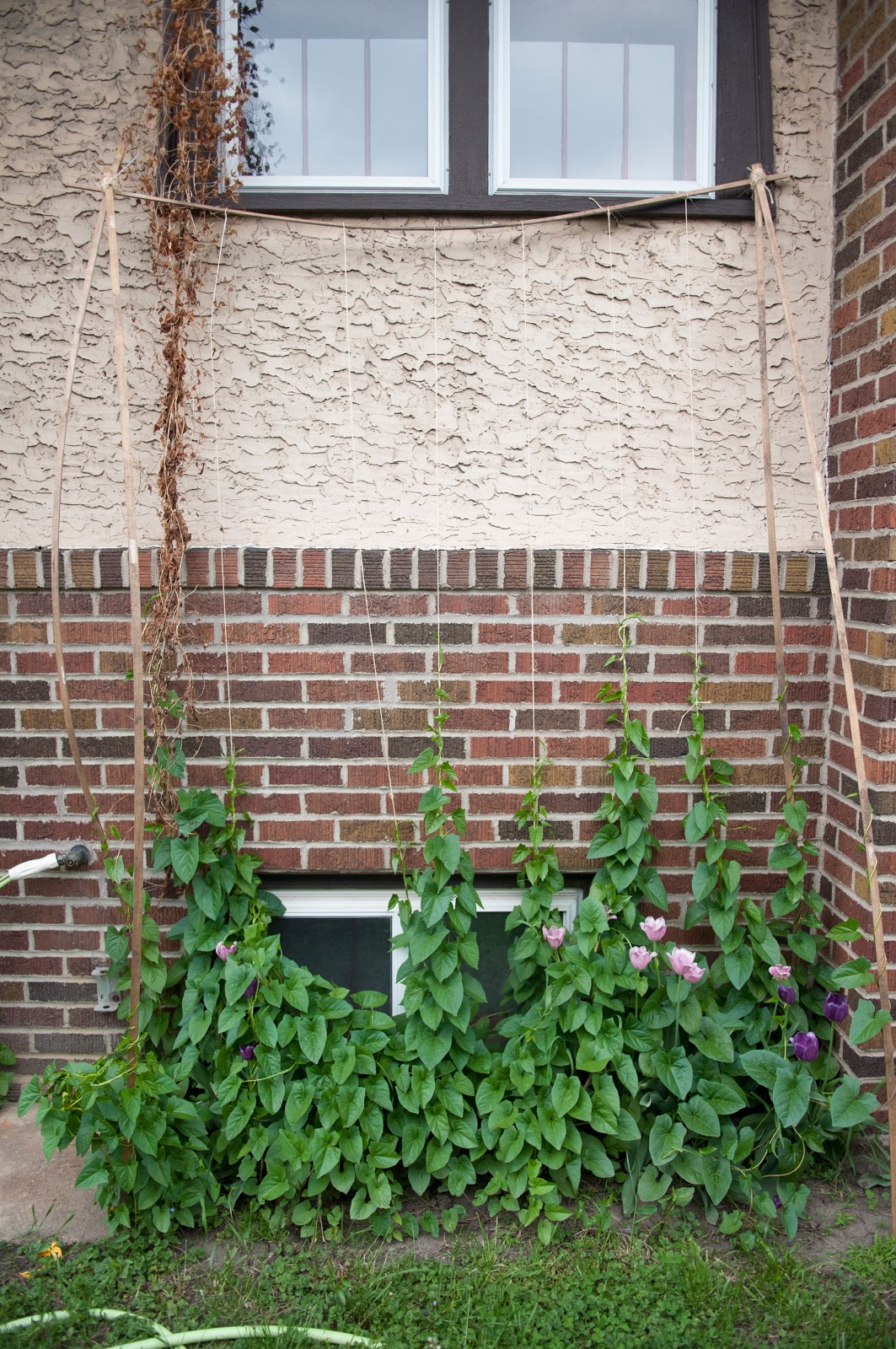 The vines are loving my trellis. 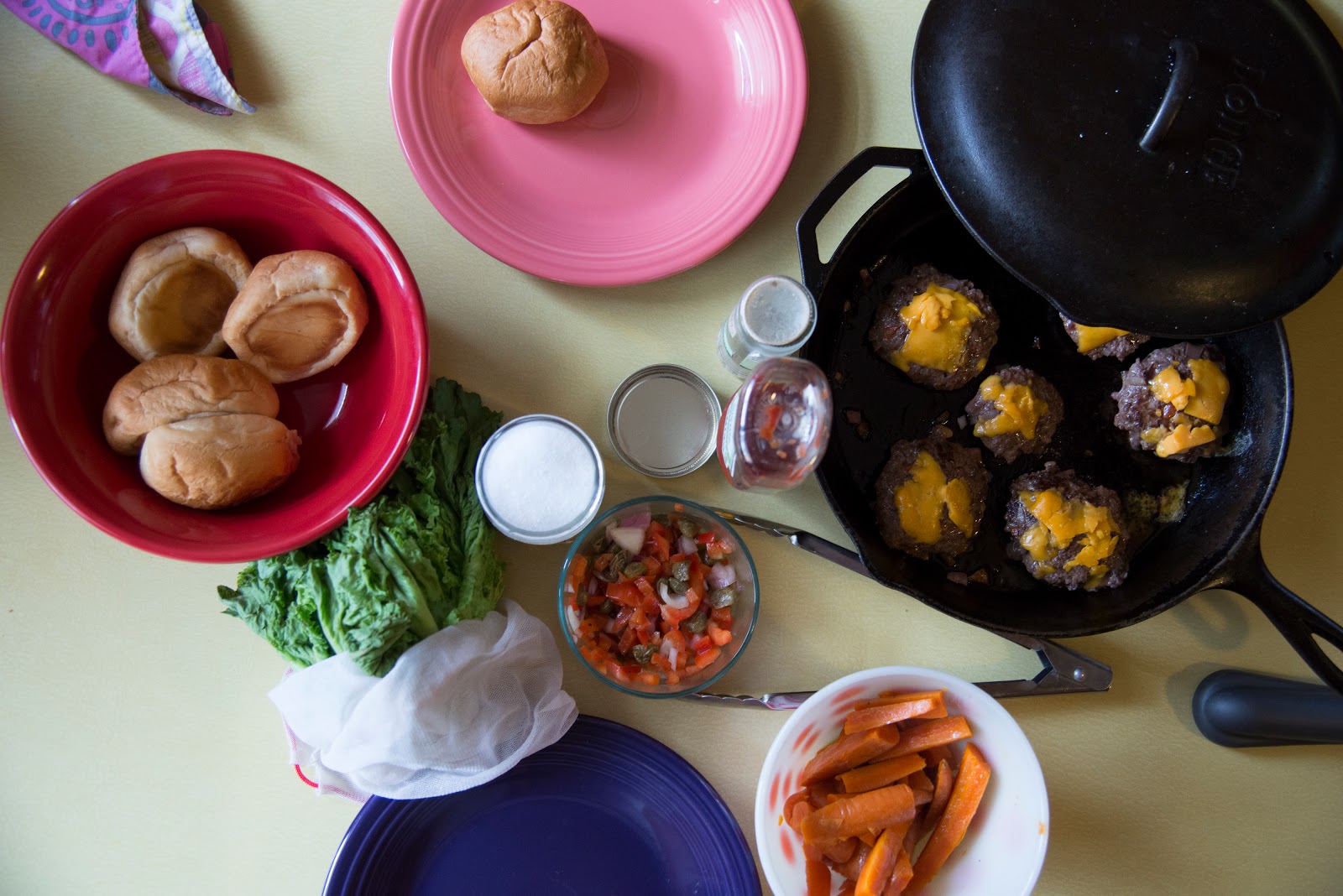 Meanwhile I made venison burgers and steamed carrots for dinner. 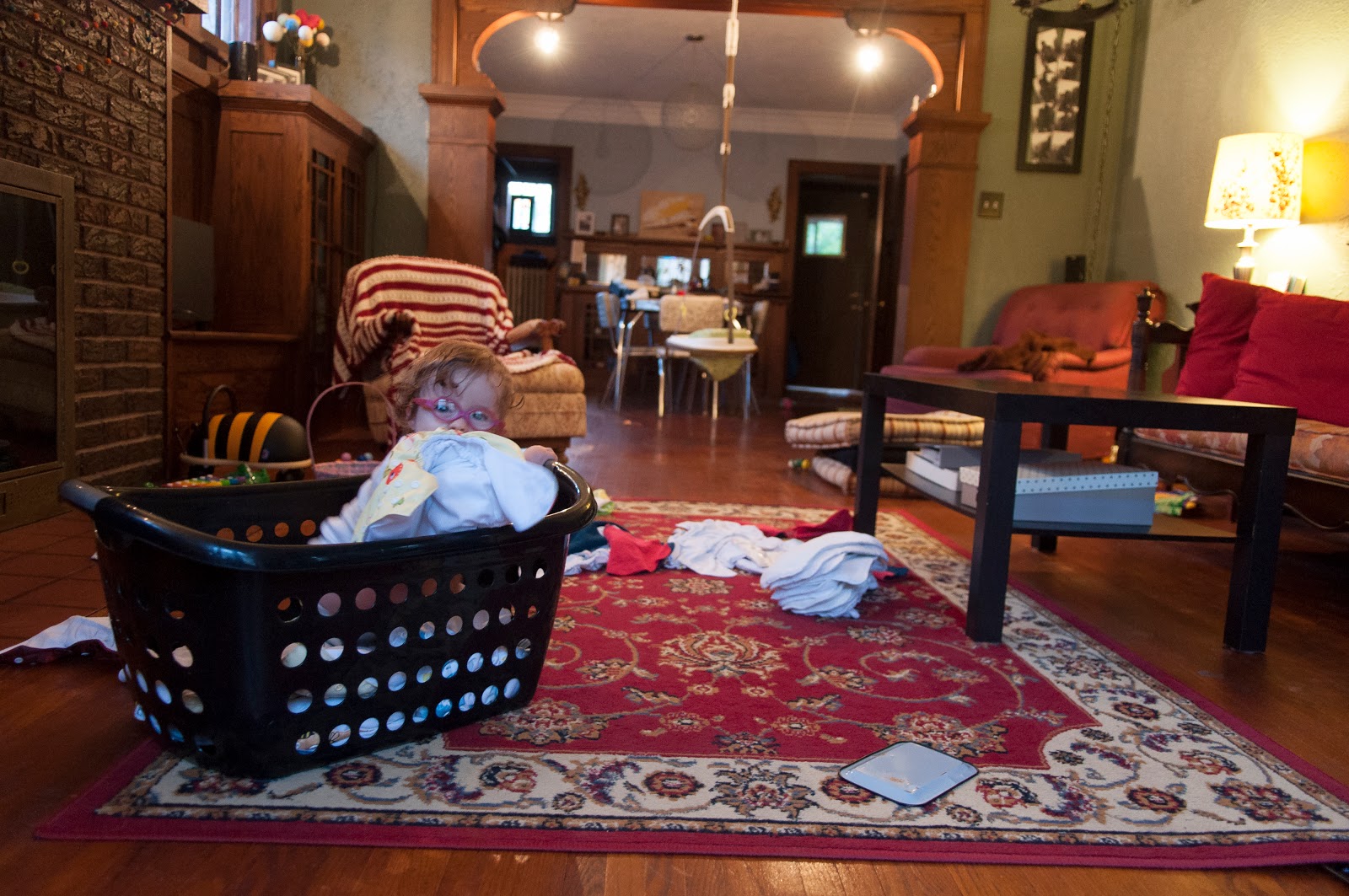 After dinner Scott left for his gig. Meadow helped me stuff her diapers. 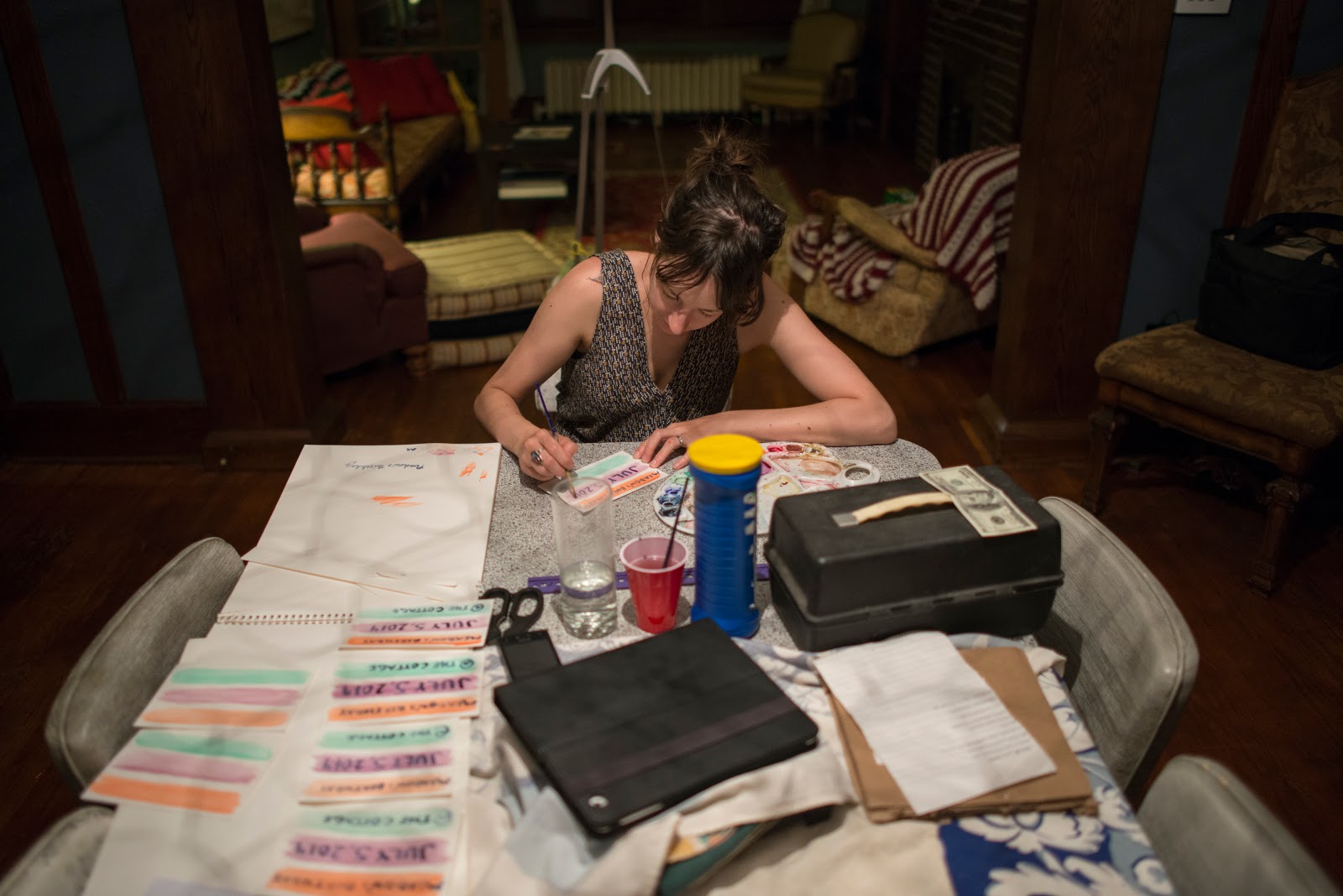 When I put Meadow down for the night I worked on making her birthday invitations. I was going to do a photo one from shutterfly, but didn't think there would be enough time to order them and get them sent out. Scott has been busy editing and I didn't want to bother him by printing them ourselves. Then I came up with the idea to make them by hand with watercolor. I dug out my professional watercolor set from college. 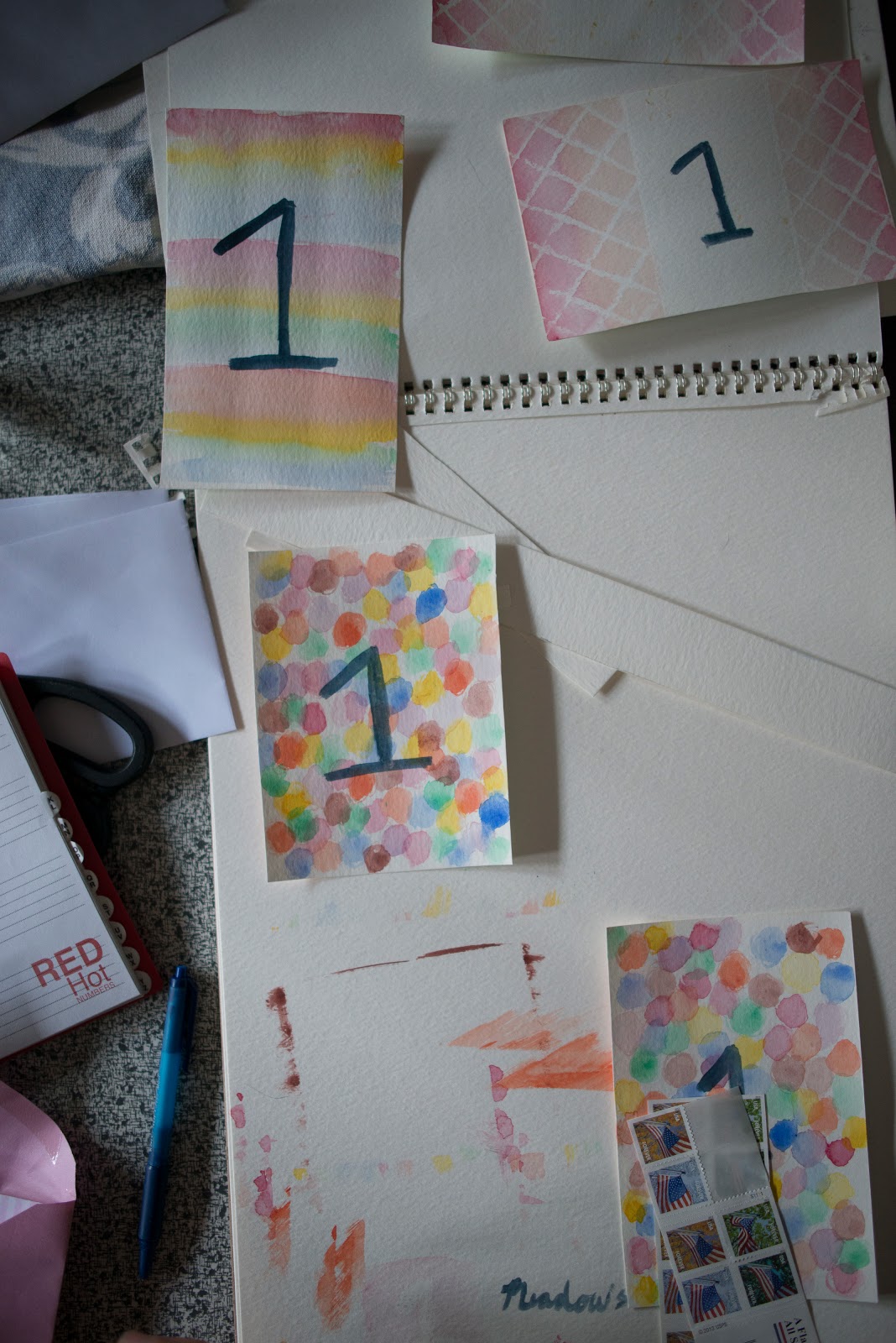 I played around with different ideas at first. I was having a lot of fun with this. I may do this for all holiday cards.