On The Ninth Day Of Advent We Hung Up Lights Outside 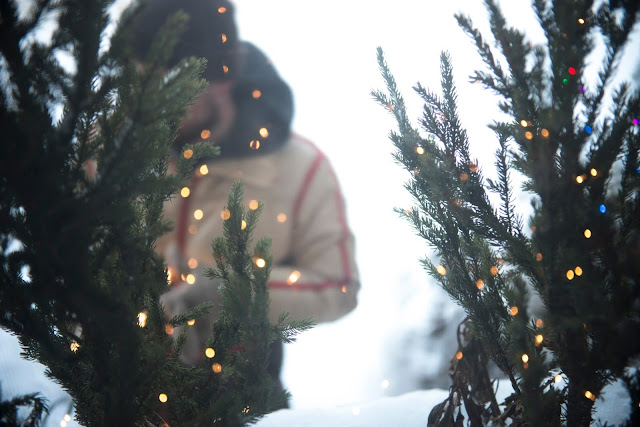 It's been unseasonably cold for the first week of December. 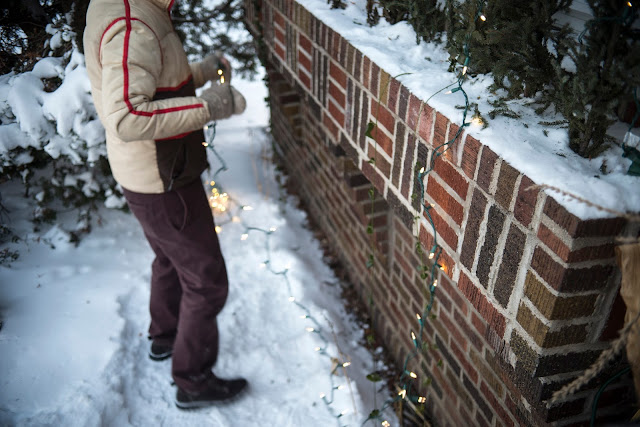 I put off putting lights up and probably a dozen other things to avoid going outside. 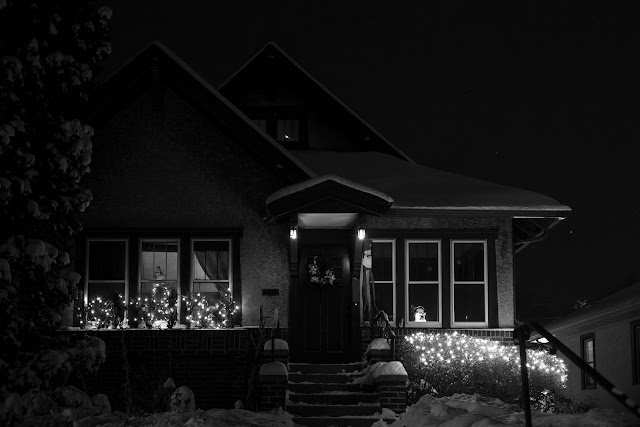 We're a few years away from something special.

By Brooke March 04, 2012
This weeks bread is Ciabatta. Scott had made this a few summers ago so we thought we'd try a variation and add caramelized onions and herbs. Nothing like cutting onions in the morning.  I'm really hoping Peter Reinhardt will find our blog and see that I'm making everything in his book and want to do a movie with me. It'll be called Brooke and Peter. I'm also gunning for a movie once Mark Bittman passes away. OK, I'm not. That' just weird. We did make oatmeal raisin pancakes from Bittman's Food Matters cookbook. Oatmeal pancakes? Yes please! These turned out much better than the oatmeal raisin waffles we had a few months back. I tackled this darn puzzle again.  Peanut (our cat if you didn't already know) loves whining. Mostly he wants to go outside or in the basement. This time I gave in and he had some kind of deja vu to his alleycat youth. Scott played on his phone while Peanut played outside. We both t
4 comments
Read more