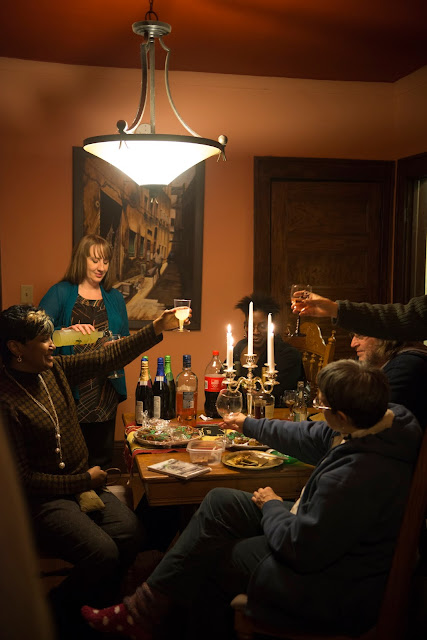 We were invited to a neighborhood holiday get together. 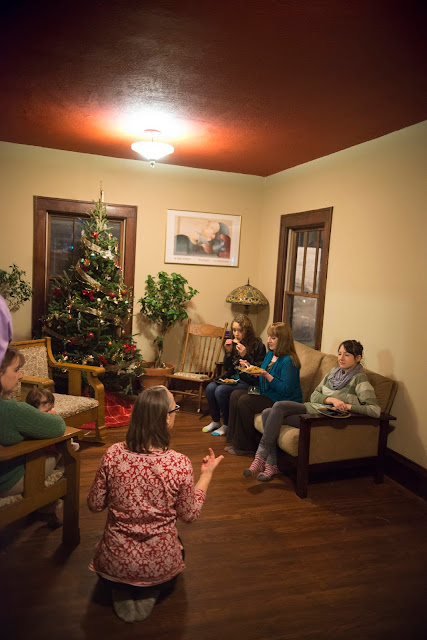 We drank, ate Banana Blossom and caught up with our fellow Jordan neighbors. 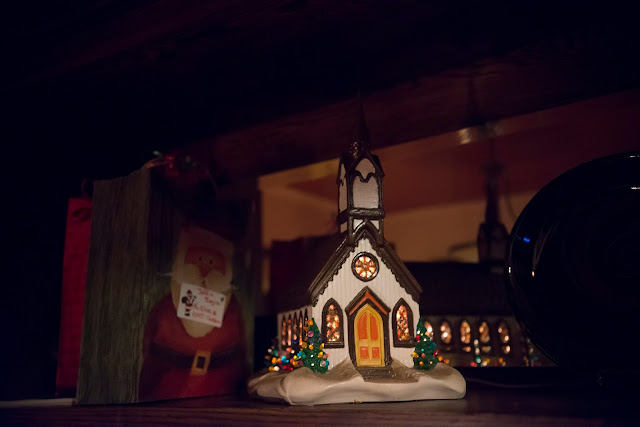 Jeff lives down the street from us and is now the Jordan board chair. He had this great family heirloom he wanted me to shoot. 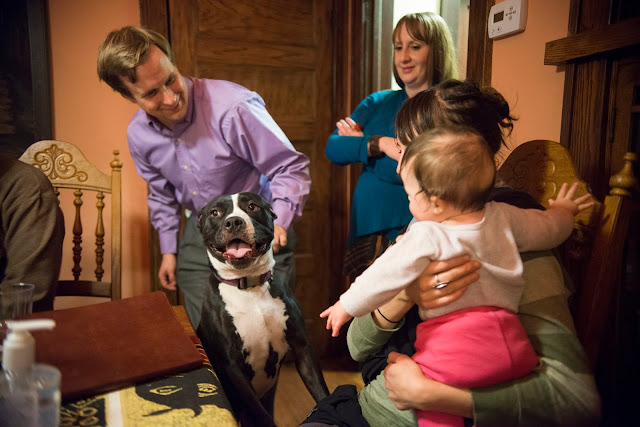 Meadow and Jeff's dog were very interested in each other all night. 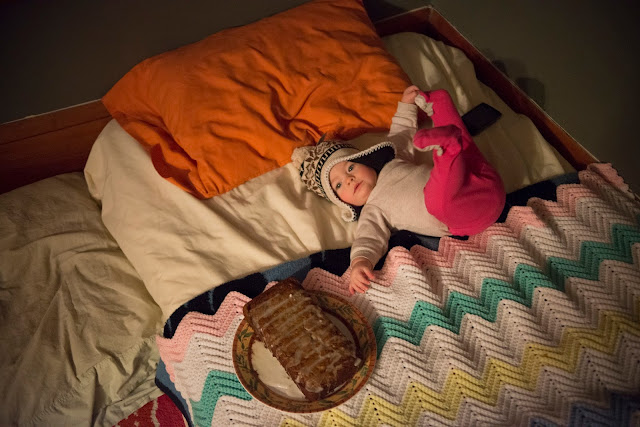 While at the party our next door neighbors texted us asking us to stop over when we got home.

I was nervous that we had been broken into, but they let me know that nothing was wrong.

They had made us bread and cookies and gave two hats and a stuffed animal to Meadow.  Our neighbors are so thoughtful.