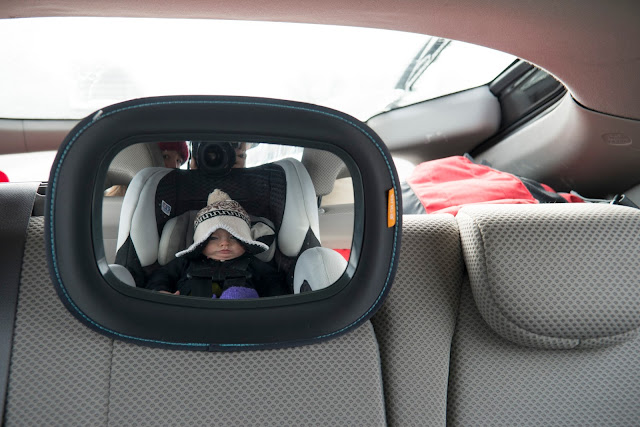 After spending a night in Cudahy, Jabba the Hut, Scott and I headed back home. 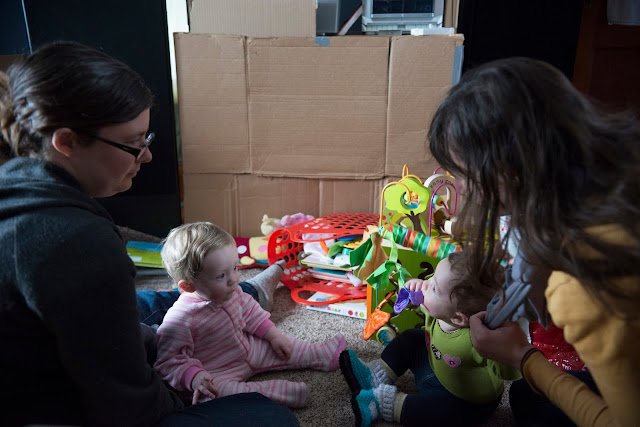 Brittany and I drew one another's names for Christmas. We thought we would stop by their house on the way home to exchange gifts.

After being in the car for 12 hours yesterday I thought it would be nice to take a break from driving too. 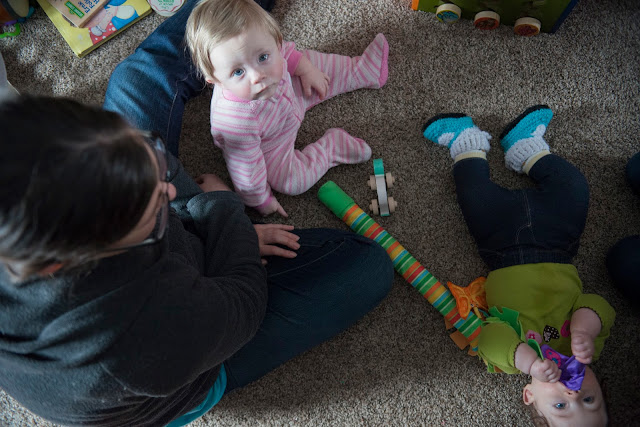 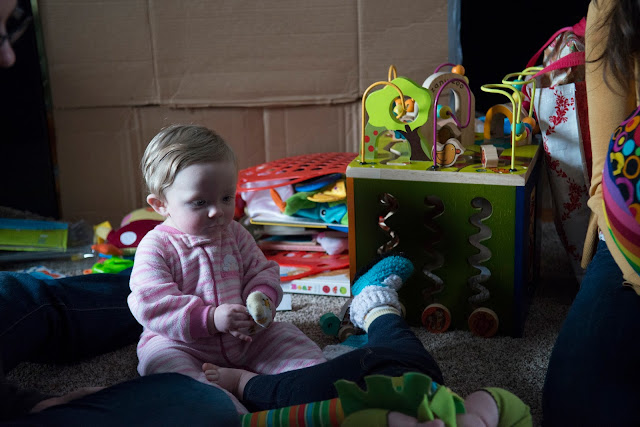 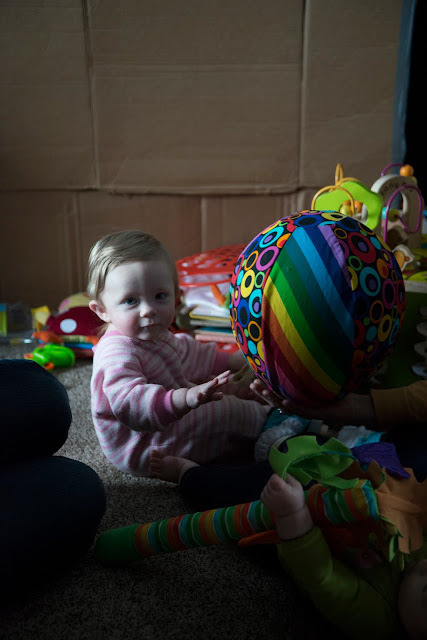 Marina played for the camera the entire time we were there. She even knew where the best lighting was. 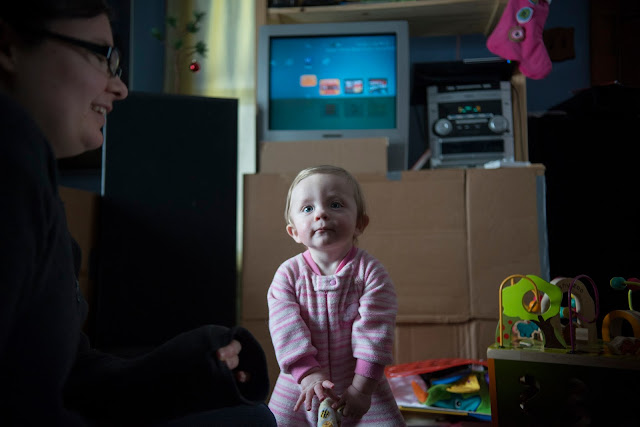 Marina is so close to walking. She's already standing on her own. 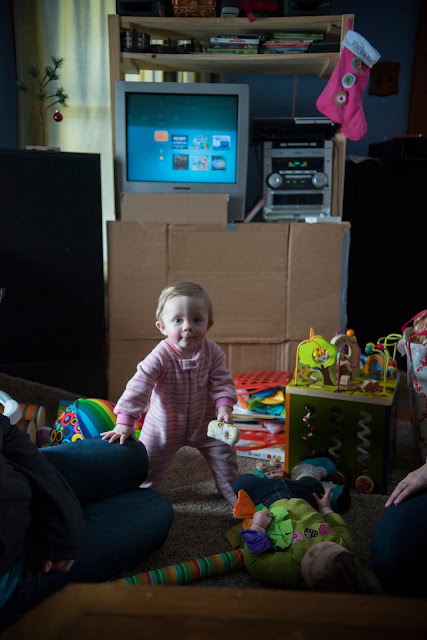 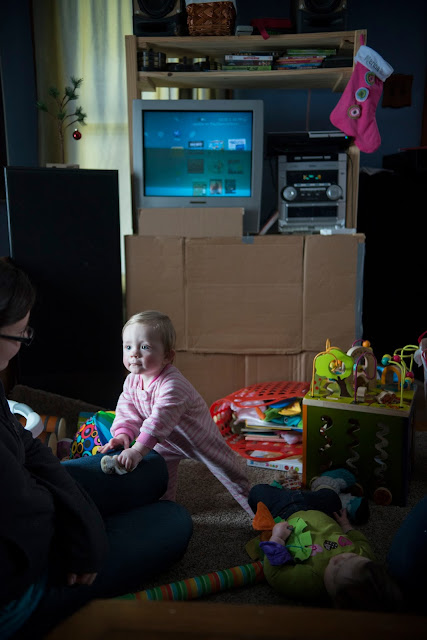 But not quite yet. 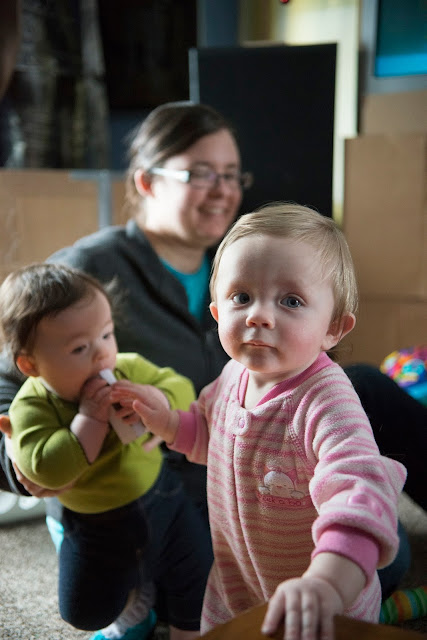 She was even interested in me or maybe it was just my camera. 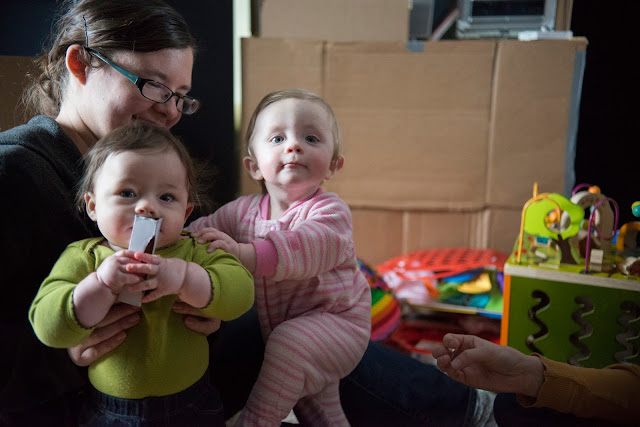 Marina also liked using Meadow to get herself up. 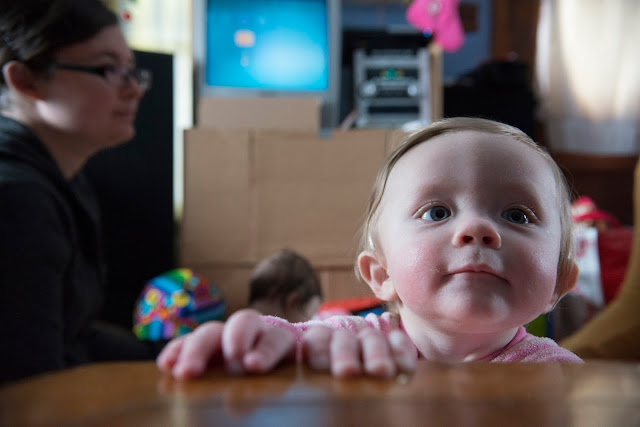 Why hello there little baby niece. 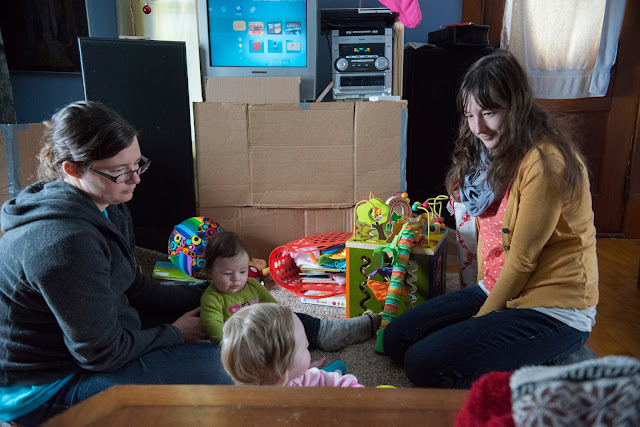 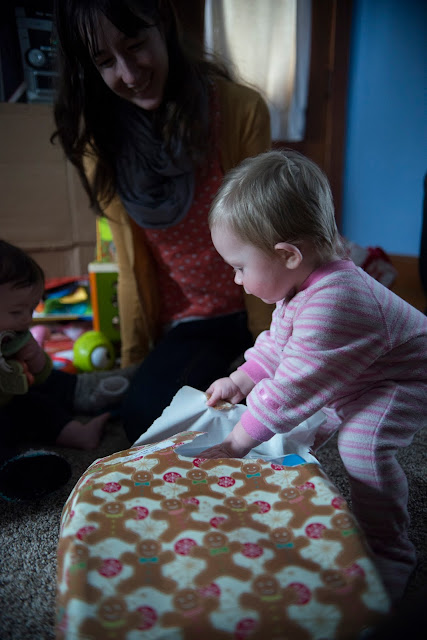 Marina got to open her gift first. 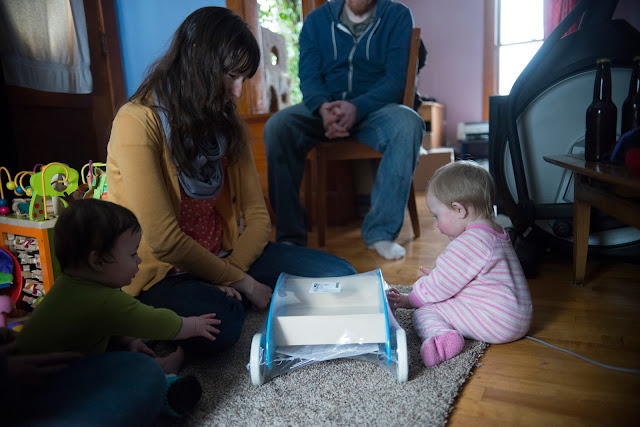 Ikea gifts. I guess you've got to please the masses. Oh, and there's Jeff. He gave each of us a home brew for Christmas.

I'm really excited that his business is doing well! You know you need one of his awesome NES controller iPhone docks. 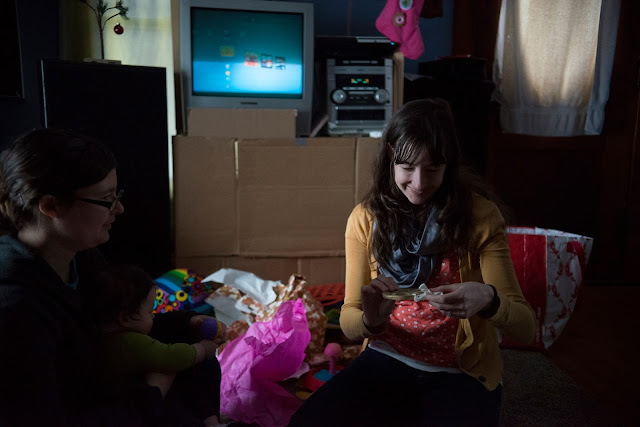 Brittany and Marina made me an ornament with Marina's handprint. 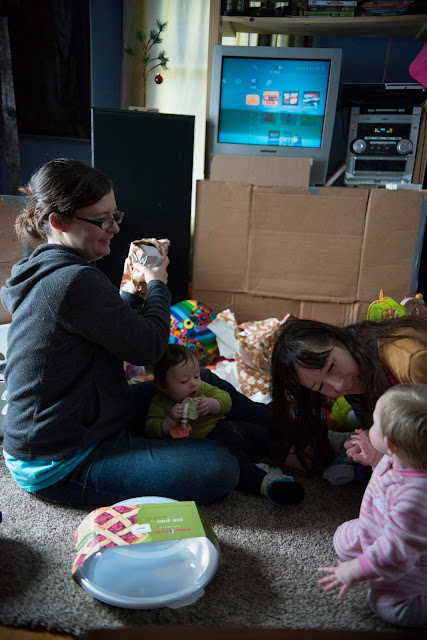 Brittany got lots of stuff for making pies.

Wow, I'm so good at listening to what Brooke tells me Brittany wants. 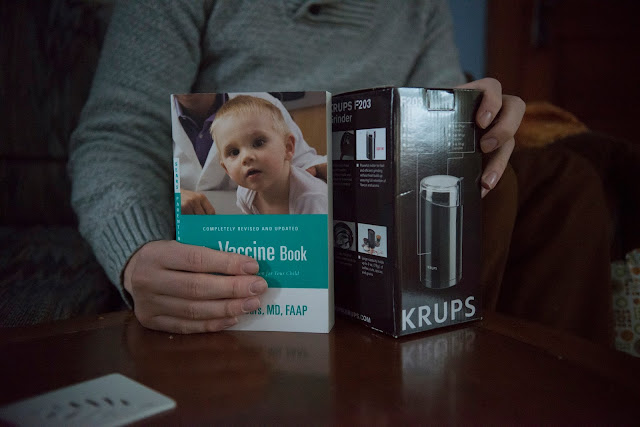 Scott got a book about vaccines and a spice/coffee grinder. 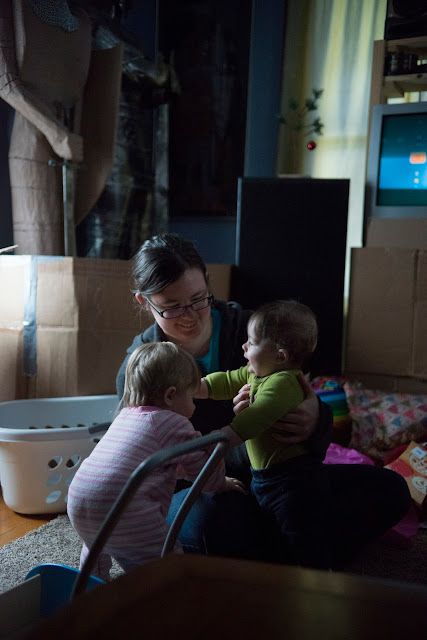 The cousins played some more.

Also known as the strangle hug. 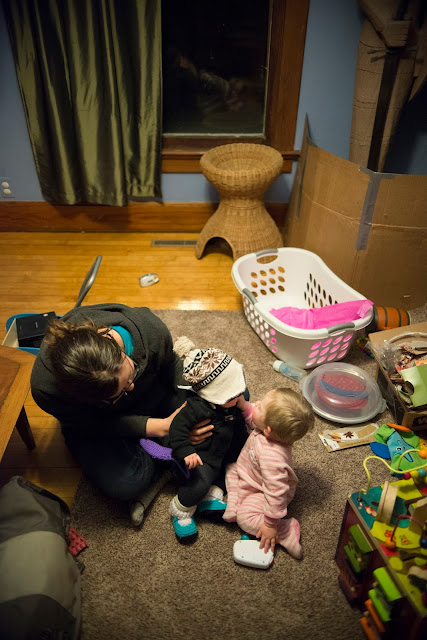 I was dreading getting back into the car. I wanted to stay longer but we were getting hungry for dinner. 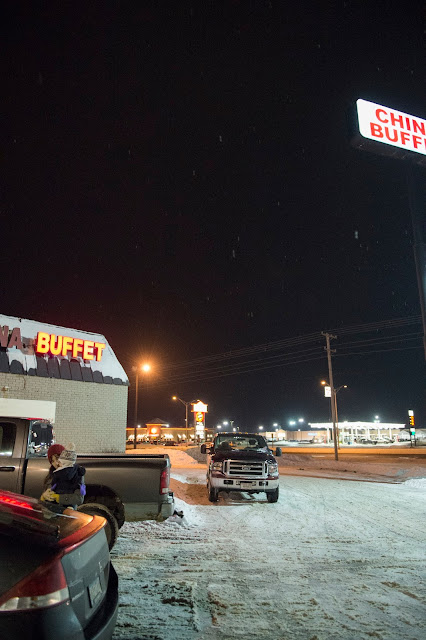 Brittany said there was a Chinese buffet in Tomah.

It sounded really good, but by Minneapolis and even Cudahy standards it was just OK. I guess it's a nice alternative to Culver's or Foster Cheese Haus. 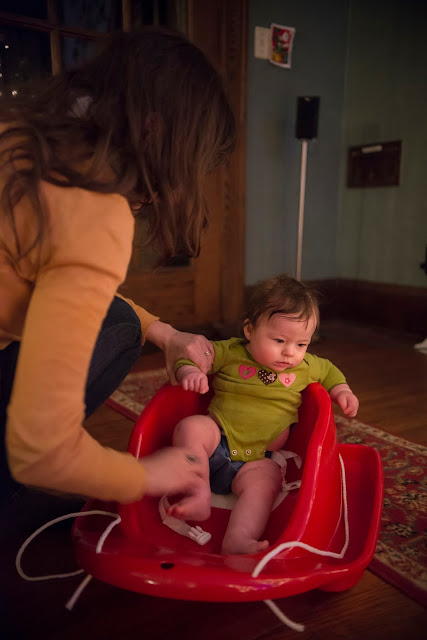 Once we got home Meadow opened her gifts. She got a new sled... 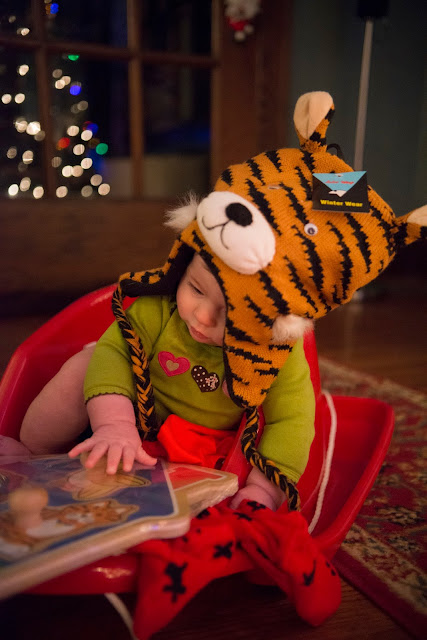 ...a tiger hat from the neighbors, a puzzle from us... 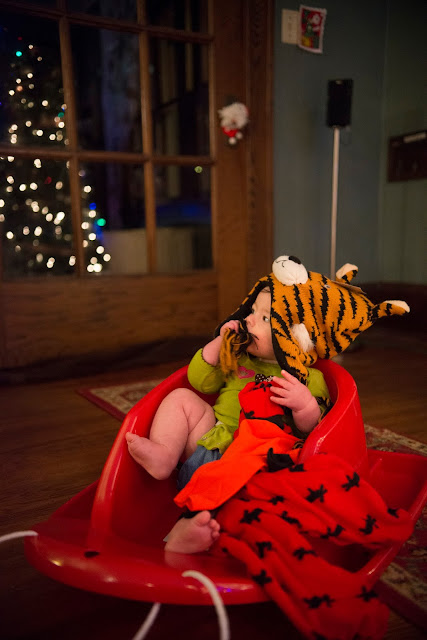 You know every kid loves getting clothing for Christmas. Our neighbors are so nice. We love the two hats they got us for Christmas. 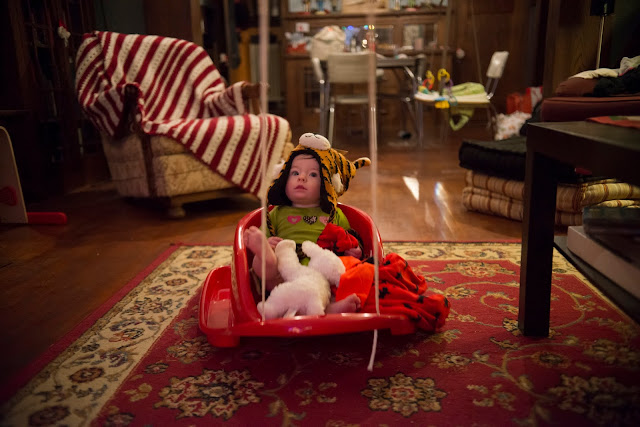 I pulled her around the house in the sled.

Agua the lamb even tagged along. 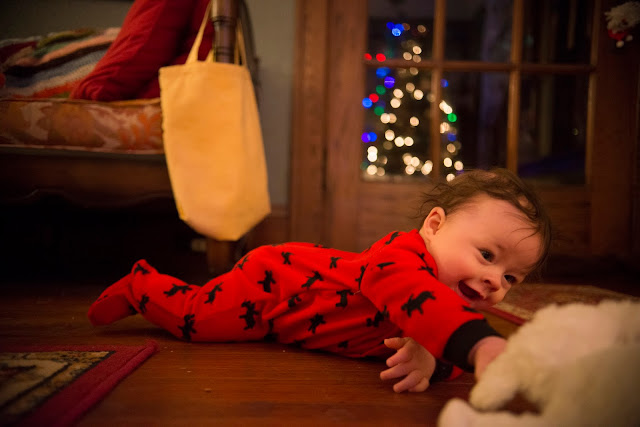