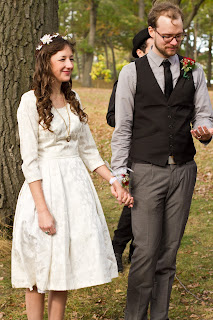 First of all, I want to say Natalie Portman and I seem to have similar tastes, but that's okay I would be her friend. 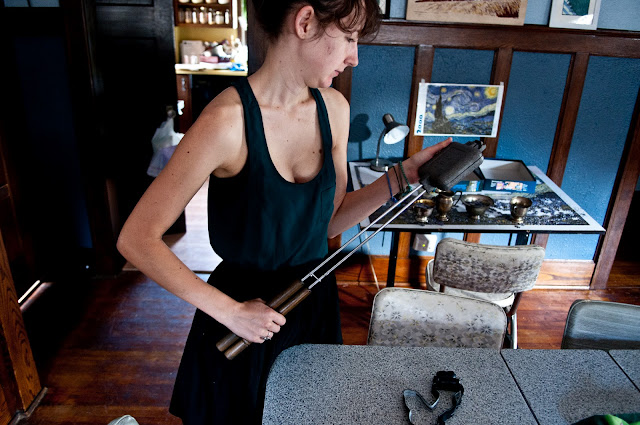 On Saturday we went to Fleet Farm to prep for our honeymoon camping trip. We got a pudgy pie maker and new flashlights. The two of us are so excited for a two week vacation.  (P.S. we ate oatmeal for breakfast.) 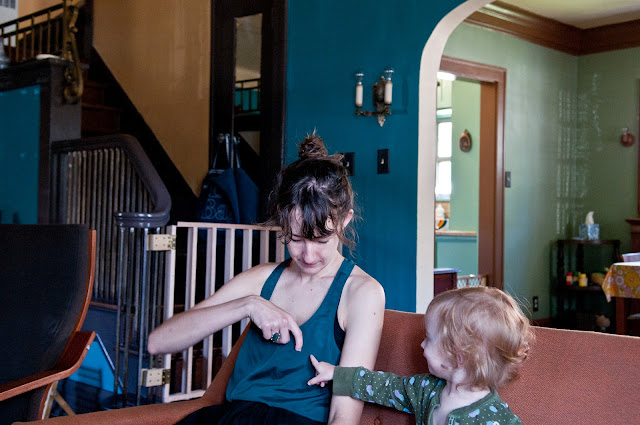 We went over to Tyler and Emma's to babysit their little babe for a few hours while they painted their trim work.

Olive was intrigued by my little pocket. 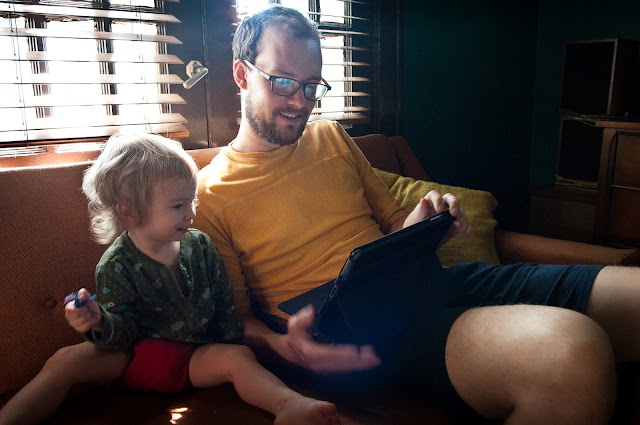 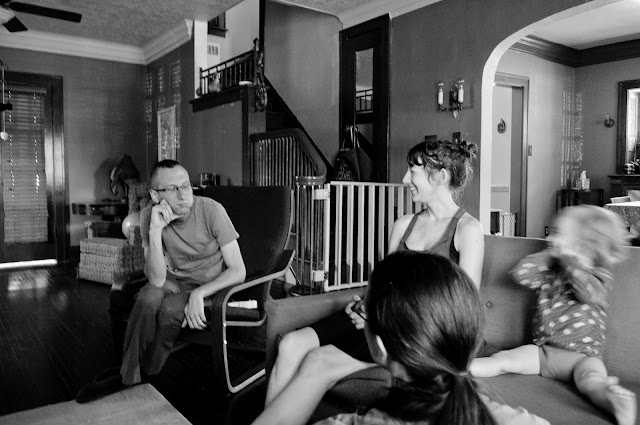 Either Tyler wasn't looking forward to painting or hates having his picture taken. 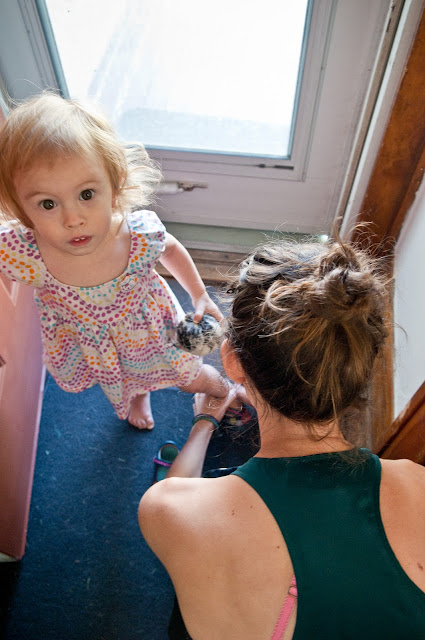 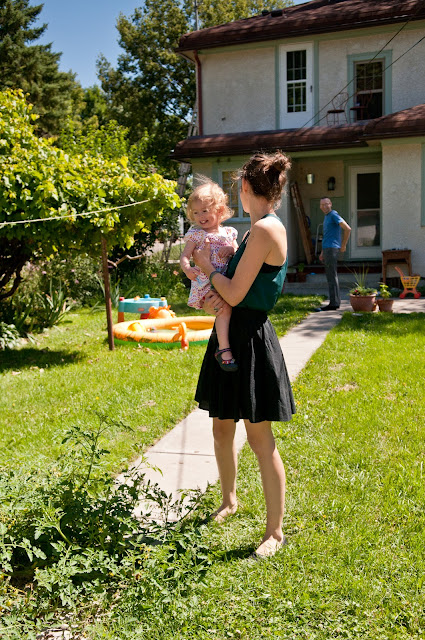 After a brief hang up we left the 'rents and headed out on a walk. 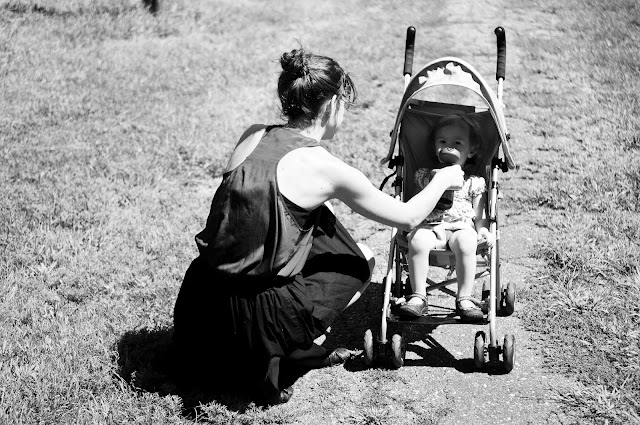 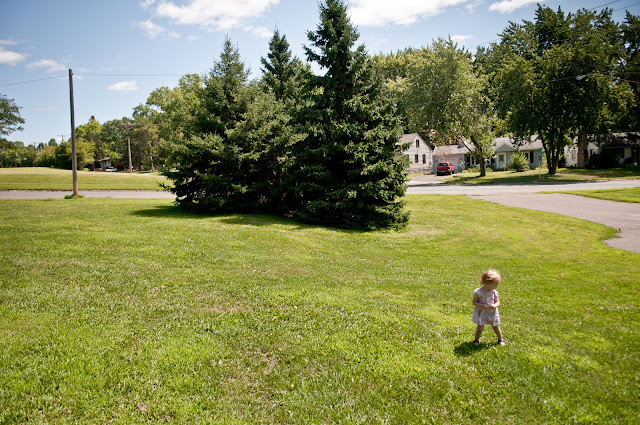 Olive liked to trail behind us and pick every flower. 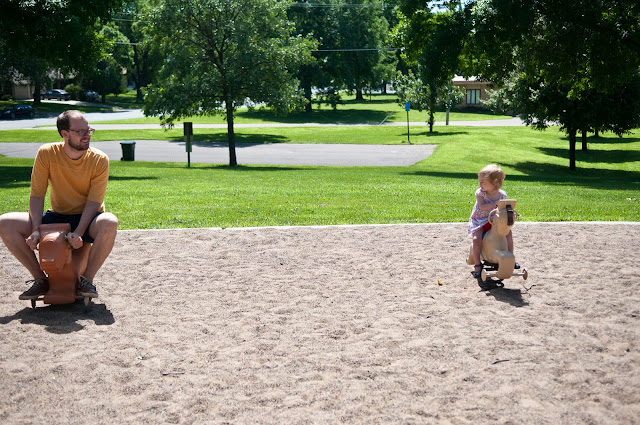 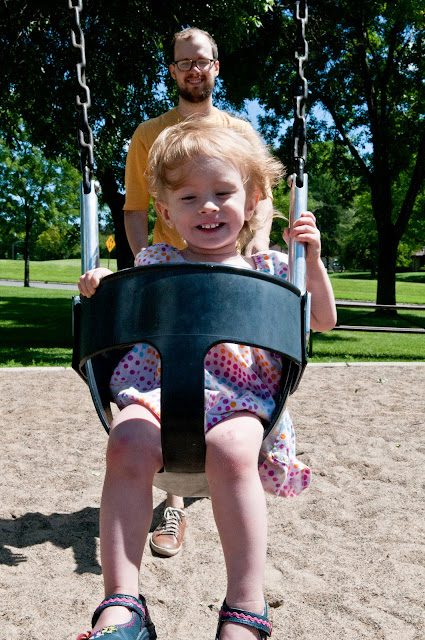 We played at nearby playground for while. No one in sight. 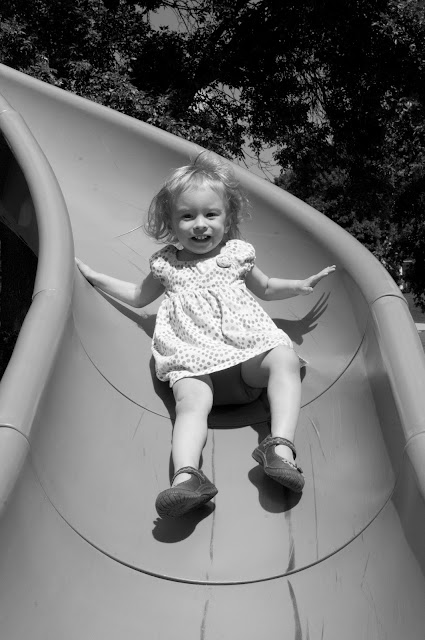 She had a really good time. 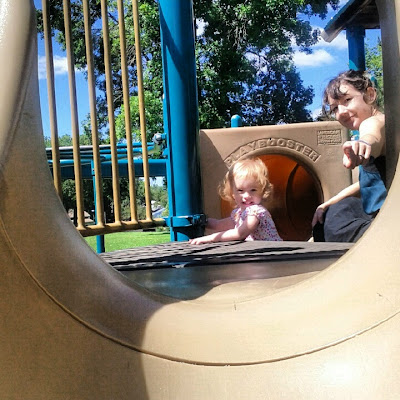 If parenting is this fun, we might be the best parents ever. Other than Emma and Tyler, that is. 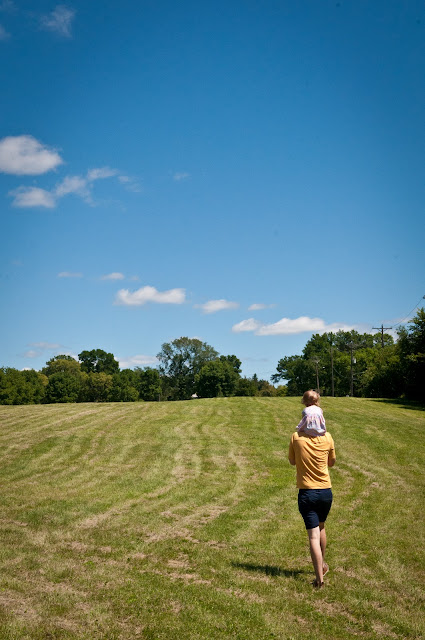 I gave Olive a piggyback ride until she signed she was hungry. 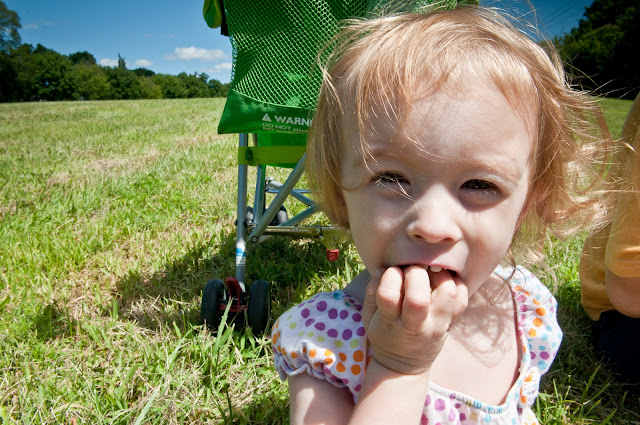 We plopped down in the middle of the big field that bridges Theo Wirth Park to the Golden Valley Park we played in. 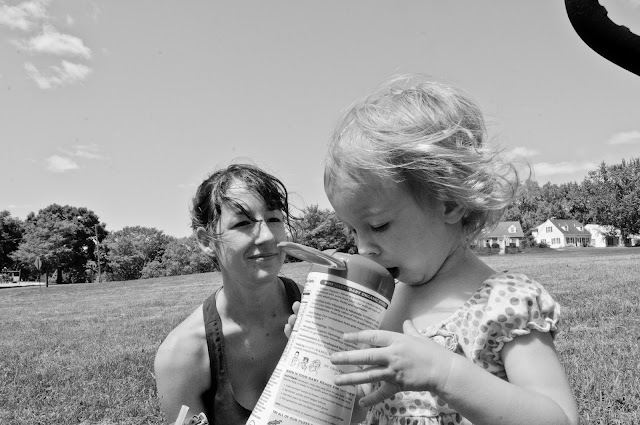 We should have brought more snacks. 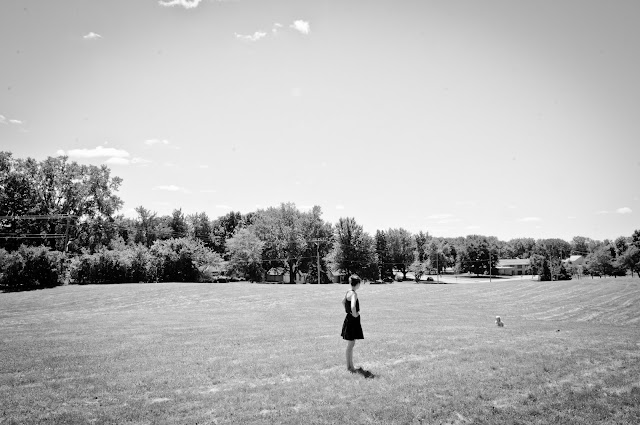 After Olive snack time it took us forever to get across the field.

She picked up every stick along the way and called it "baby". 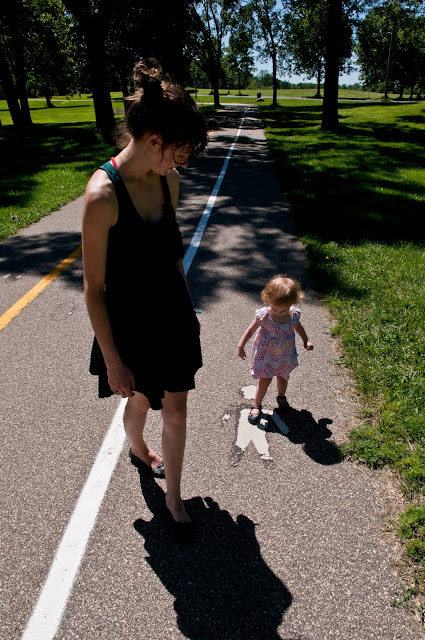 Eventually we got to the parkway where she became enamored by everything.

She tried to peel off the painted man. 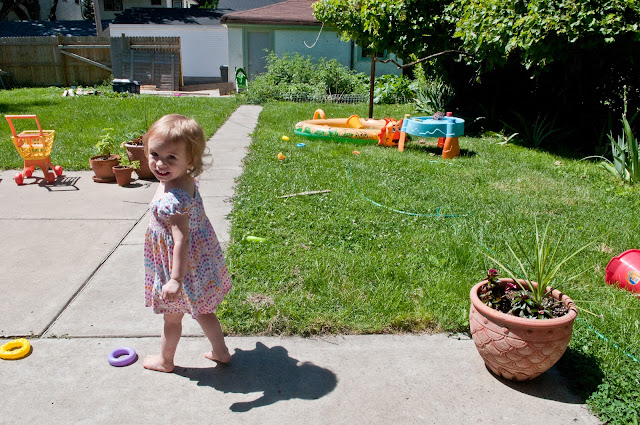 O and I hung out for a bit while Brooke went home to pick up our lunch. I kept shaking my head no when she would do silly things that could hurt her. She just copied me. 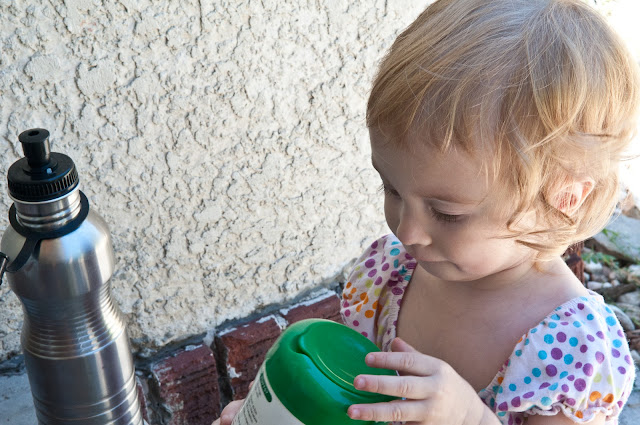 Then she found her snacks and tried to open them again. I figured she wasn't ready for another snack. 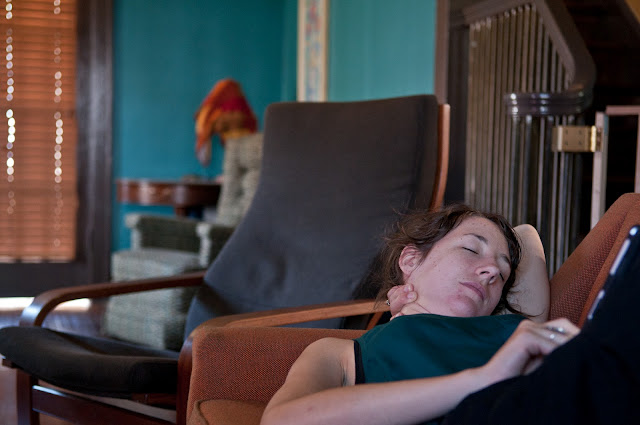 While Olive napped, Brooke played on her computer (and napped) and I watched the Olympics. 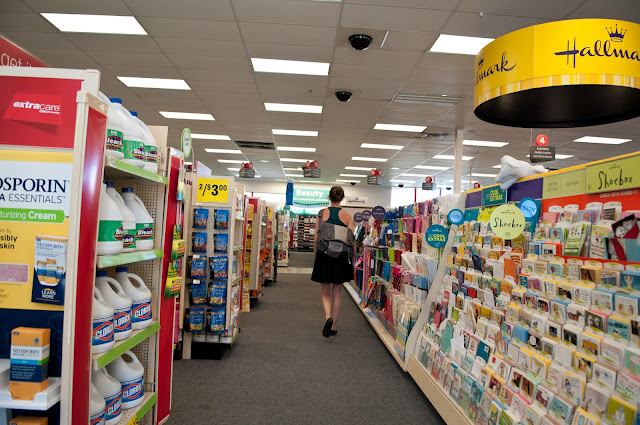 Around five Emma and Tyler finally finished. We stopped by CVS on the way home. Our original plans to bike the Grand Rounds were kaput. 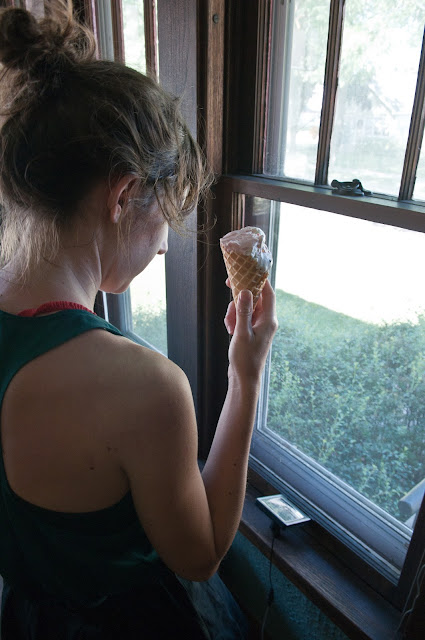 We spoiled our dinner by having ice cream first. 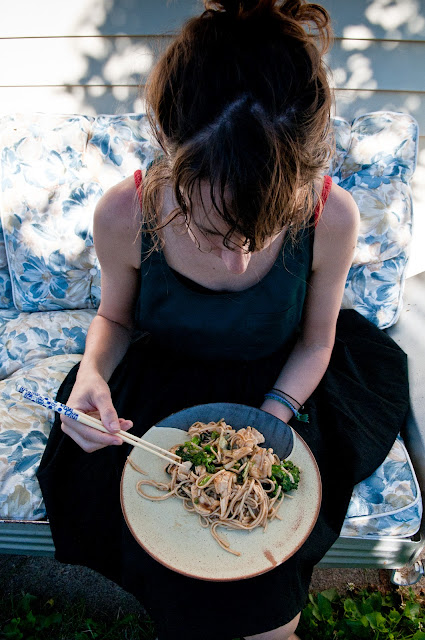 I made stir-fried noodles for dinner and we ate in the yard.

We watched an entertaining biopic about the french pop star Serge Gainsbourg. On the MN is for Lovers scale I'd give it a 3 1/2 out of 5 stars.