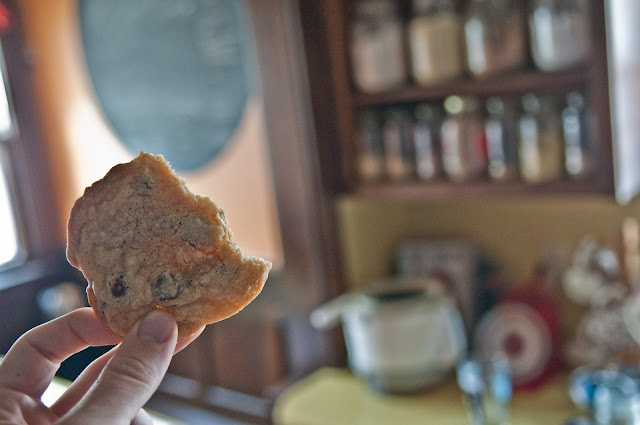 I've really been craving chocolate chip cookies. Heck, I always crave them, but I actually made a great batch on Saturday when I got home from work. I ate another one as soon as I awoke. 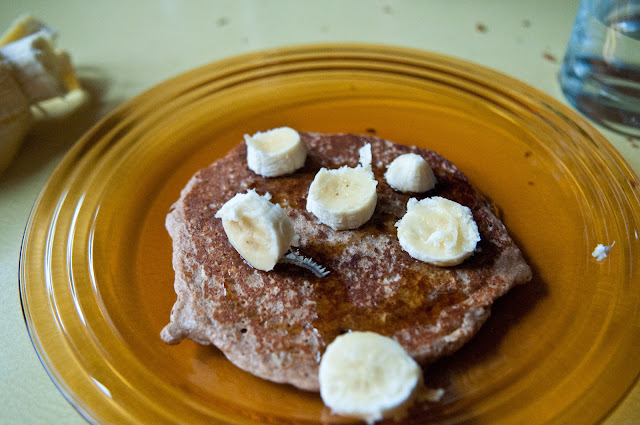 I had to work today at noon so I got things going by making breakfast. Whole wheat oatmeal buttermilk pancakes. 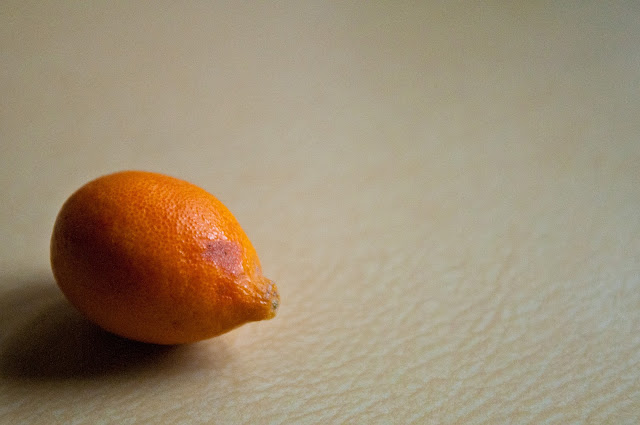 Brooke had a not-so-ripe banana with her pancakes. I had whatever this is. 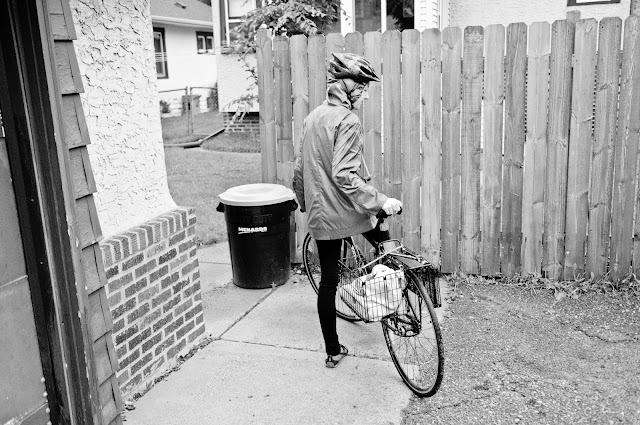 We had to go the farmers market before Brooke got drunk worked at grill fest. It was spittling (London speak for drizzling) so we turned back when we got a few blocks away and drove instead. 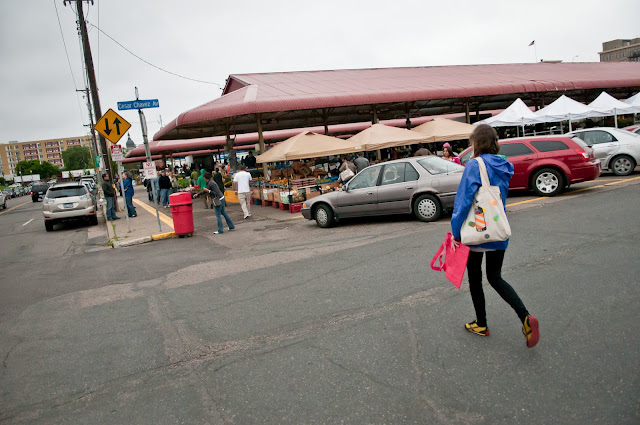 We were really hoping for a bunch of market fresh veggies. 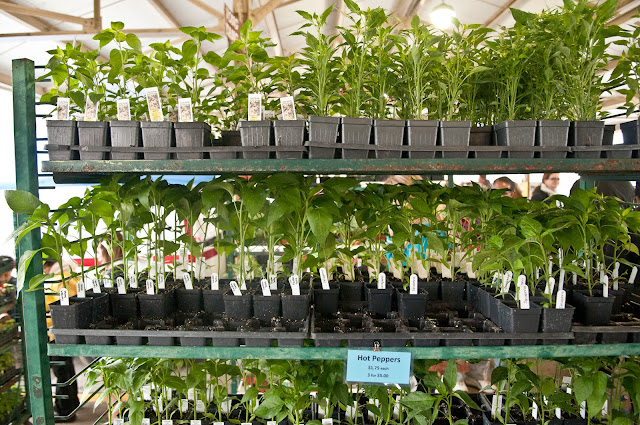 They didn't have much beyond rhubarb, asparagus and bok choy. This time of year the market is dominated by baby plants and flowers to grow at home.

Scott was jealous by how tall most of the plants already were. Next year he says we starting everything early and using grow lights. I agree. It would be nice to have tomatoes in July instead of end of August. 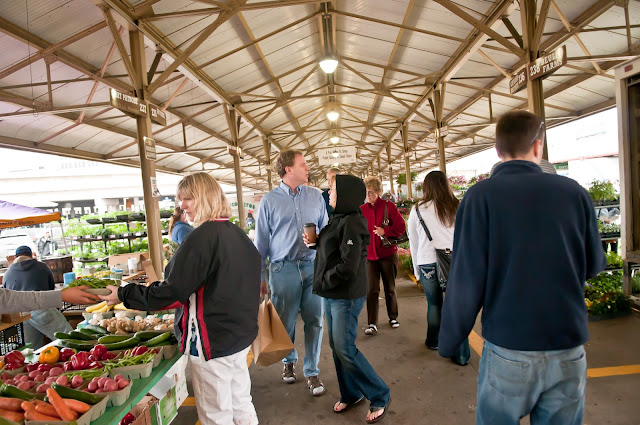 Don't let the veggies on the left deceive you. That's one the wholesalers who brings their supermarket produce to the market. 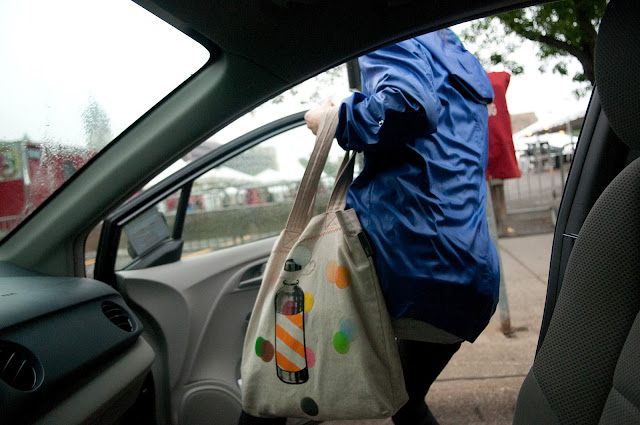 After the market I dropped Brooke off at the Grill Fest a.k.a. a bunch of tents in one of Downtown East's many parking lots. 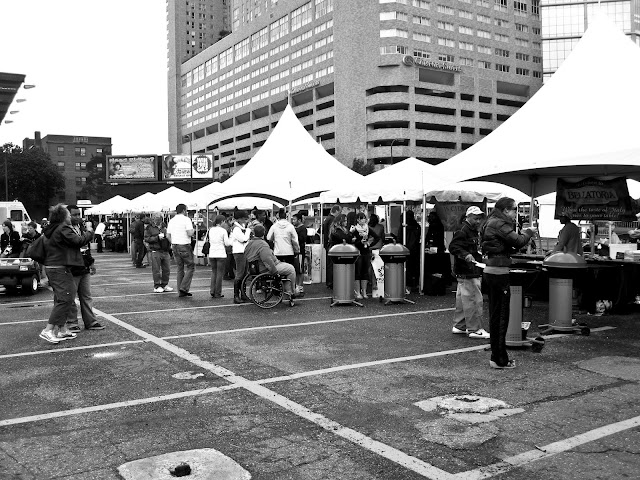 It was cold and rainy and icky today. Unlike the beautiful 90 degree day eariler. Grill Fest was kind of slow and most people were grabbing their free samples and getting the heck out of there. 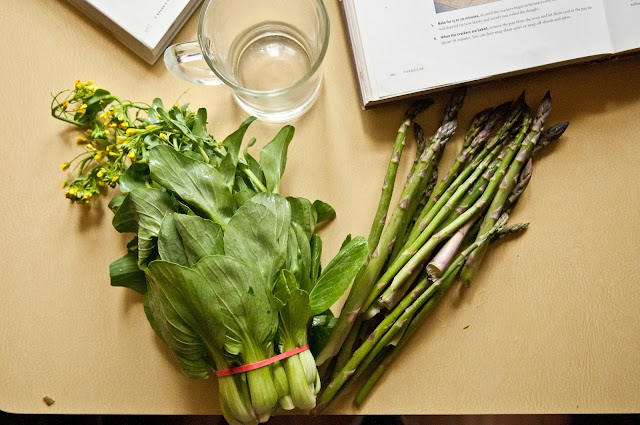 This week's bounty. I'm hoping that coming weeks will be a closer to a cornucopia. 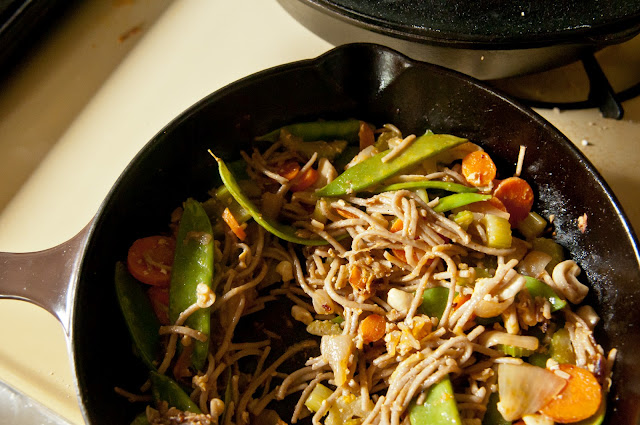 I ate some boring stir-fried noodles for lunch. 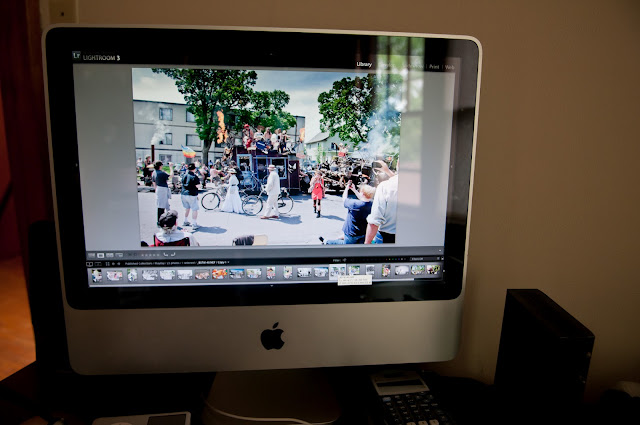 Meanwhile I edited photos from the Mayday Parade so you could read about the hippie festival. 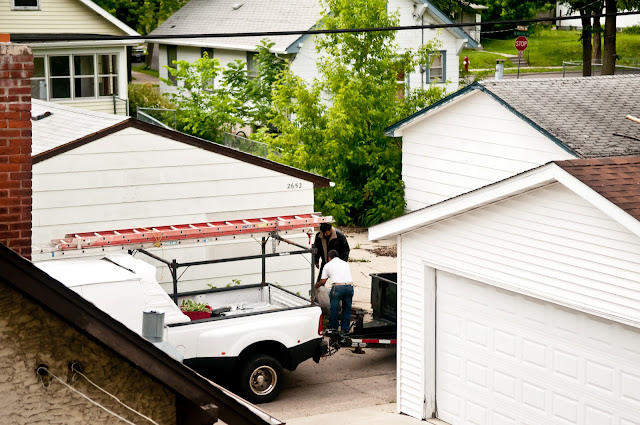 For some reason I decided to peak out our upstairs patio. When looked out I saw these guys picking up trash at this abandoned home.  P.S. the house next to us is for sale. It needs a good deal of exterior work, but you can't shake a fist at a house for less than 40k.

Scott really wants to buy it and connect the two homes together to make one big super home. 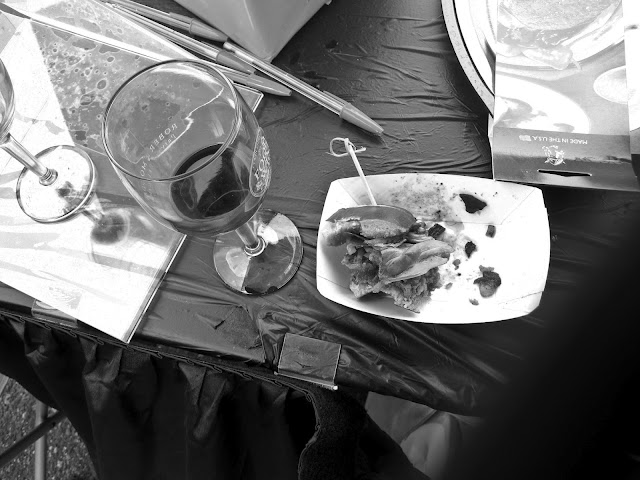 With the fest being slow we took turns wandering around eating and drinking all the free samples we could get. I have to say though, the best thing there was a burger made by Macy's. Probably the best burger I've ever had. 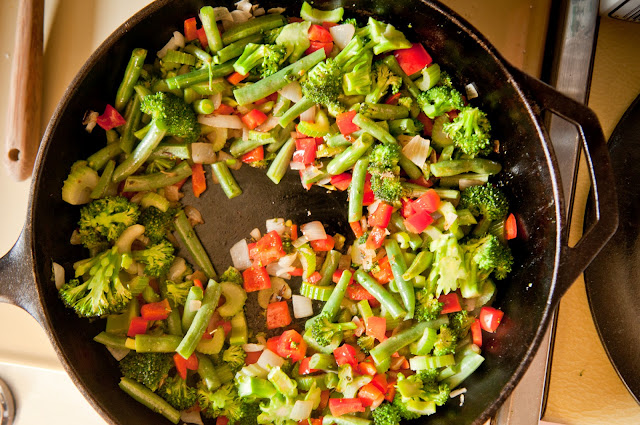 Before I picked up Brooke from her afternoon stupor, I made dough and prepped the filling for some veggie pot pie. 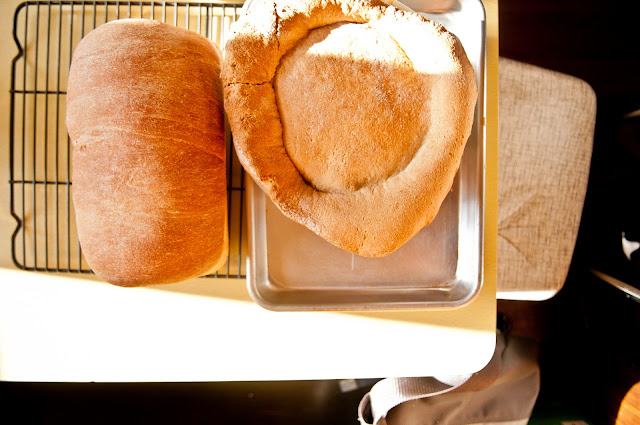 Once Brooke and I got back it was just a matter of some baking before we could eat our bounty. 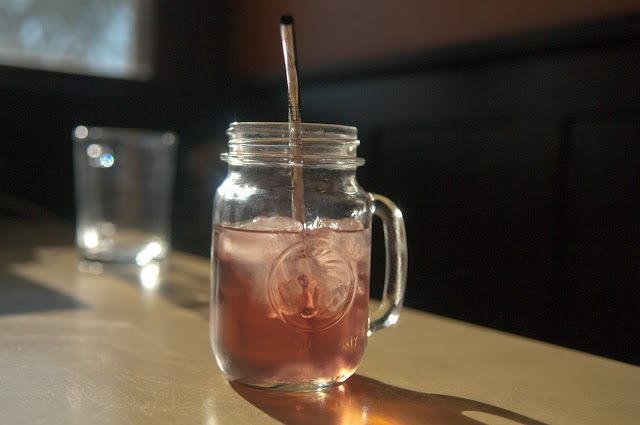 I had myself a glass of homemade iced tea. 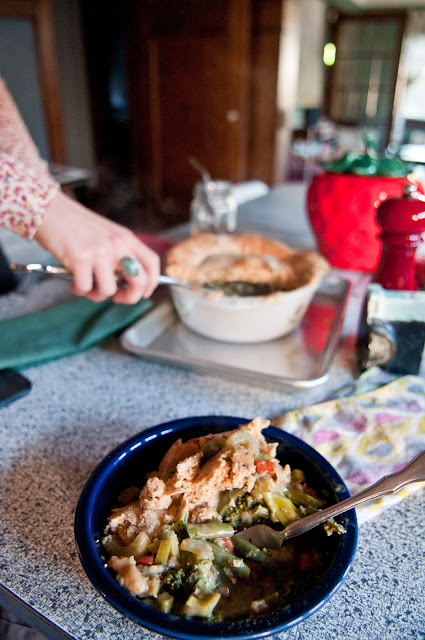 The only thing would have made this better would be some shredded roast chicken. 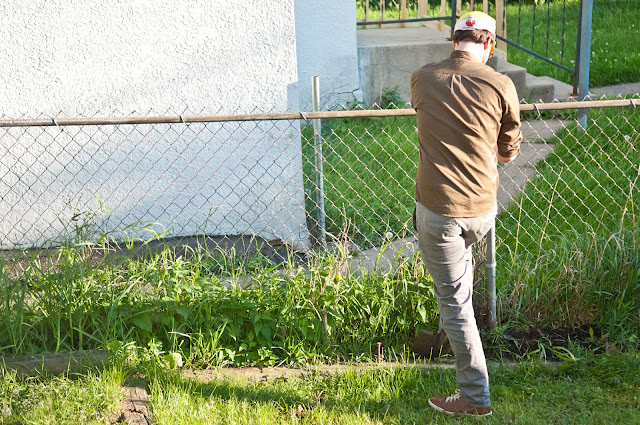 I cleaned up the kitchen while Scott dug up the fence line to plant sunflowers, sweetcorn and popcorn.

With Daria being over we moved on to Mildred Pierce, a mini series that was on HBO. I enjoyed this movie except for the character who played her older daughter. She kind of ruined the movie for me. Other than that I would suggest watching this if you have 5 hours to spare.