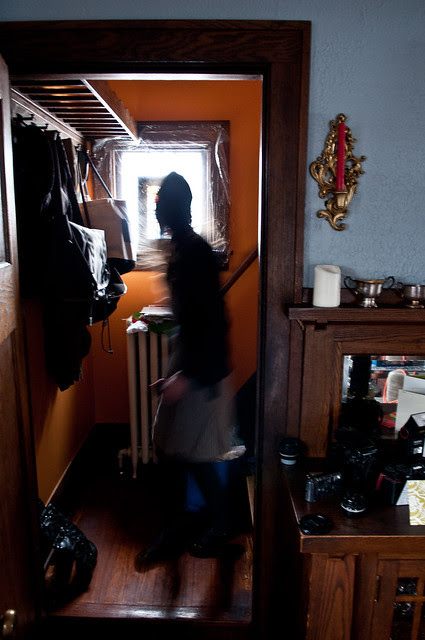 I got off Sunday for the second week in a row. While we both got up at about the same time, Brooke took forever to get dressed. I think she has too many outfits to choose from. 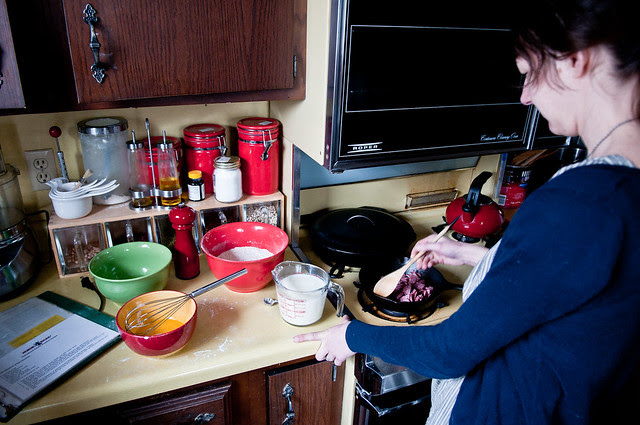 Once up I fry some salami to go in this week's bread. 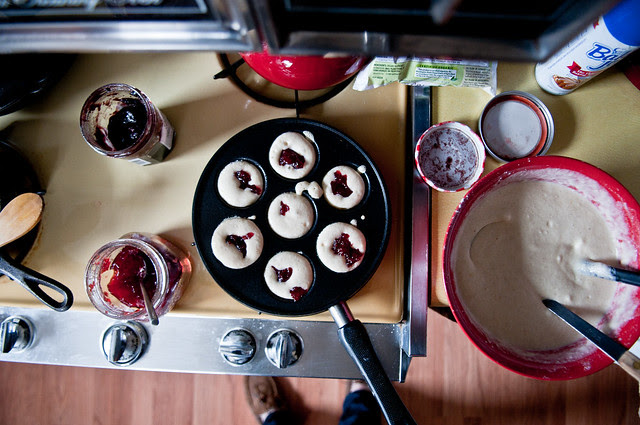 We hadn't made ebelskivers in long time. We filled them chocolate chips and jam that we got from our friends Ben and Jordan. It feels like just yesterday that they stopped by post-Christmas with their cat Galaxy. Hopefully we can visit them in Seattle in the next year or so. 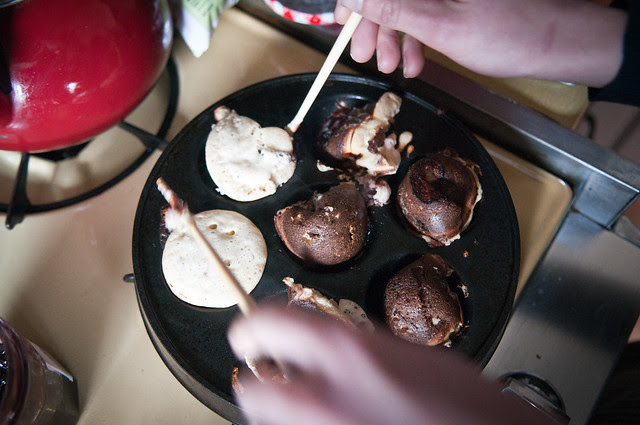 No those aren't chocolate ebelskievers they weren't turning well and started burning. 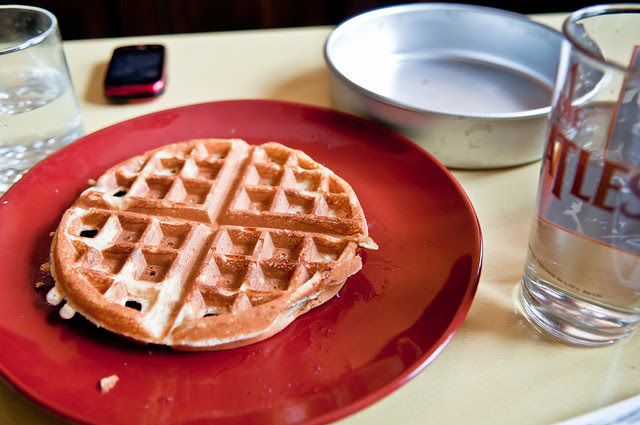 Since we were having problems with the 'skivers we decided to finish up with some waffles. 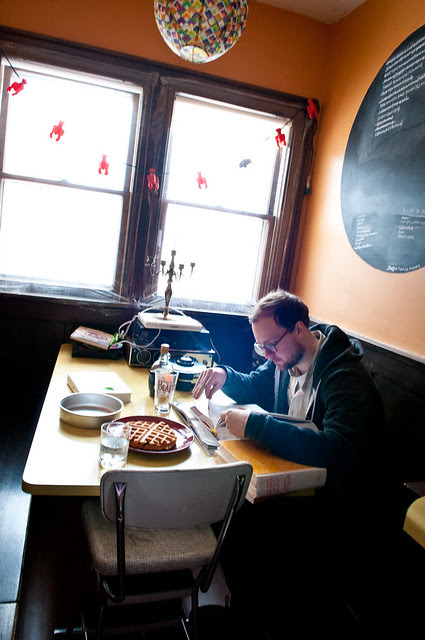 Scott plans out meals for our grocery list while I clean up the kitchen. 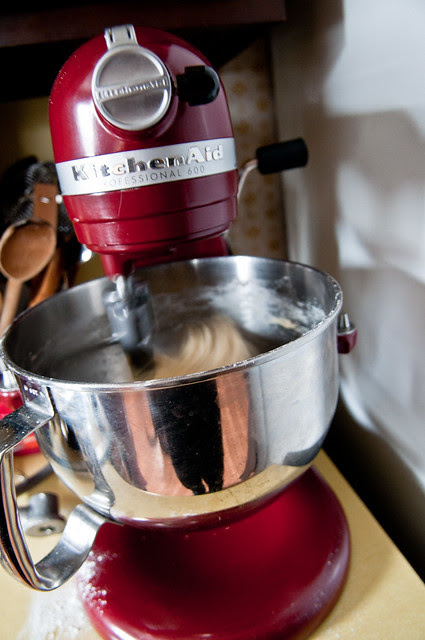 It's great to see our mixer back in action. I fixed it midway through the previous week. I meant to take photos of the repair process, but forgot. Then Scott got started on dinner. It was going to take 5 hours to cook so he got started early. Turkey bolognse from Gweneth Paltrow's cookbook that we got for Christmas from Scott's sister Katrina. Even though I've read about this book in Vogue and Bon Appetit, I don't think a lot of people know about it. I've liked everything we've made in there so far. 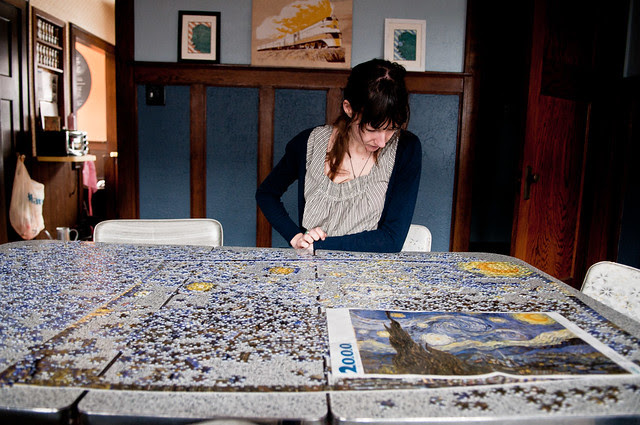 I spent much of the day puzzling. It doesn't look like it, but I think I got about 15 pieces today. I'm sure we will still be doing puzzle photos in July posts. 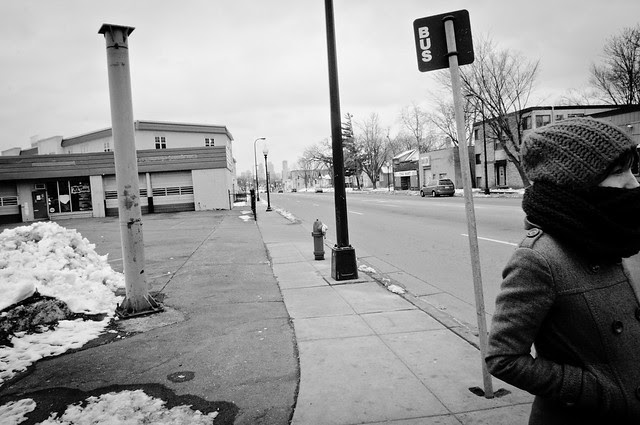 We needed eggs for making pasta for dinner. We were short two and went over to Tyler and Emma's to borrow some. 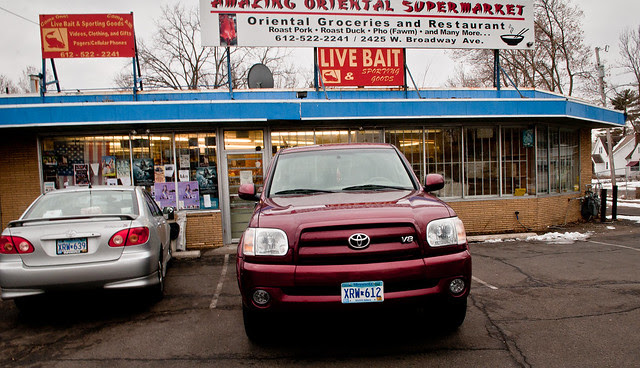 We always cross past Amazing Oriental Supermarket on the way to the Fiala's. I love this little place. I always forget that they also have a sit down restaurant. 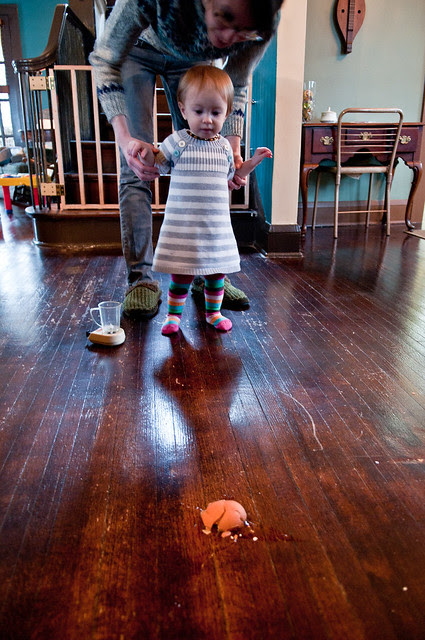 I dropped one of the eggs when I picked it out of the carton. Olive looked on in awe. 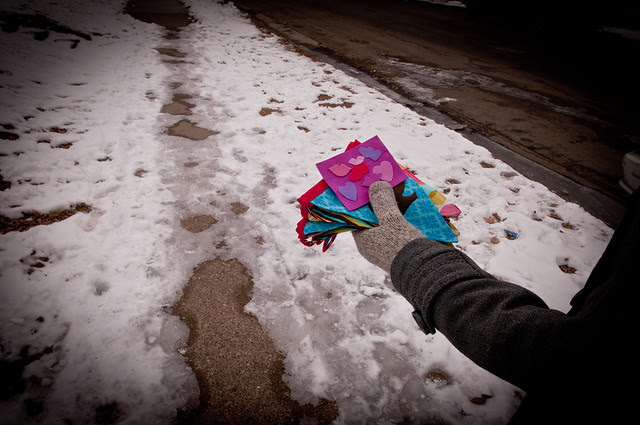 Olive had made us a Valentine, but since we didn't see her around Valentine's and forgot when we were at their house last week we got it today. 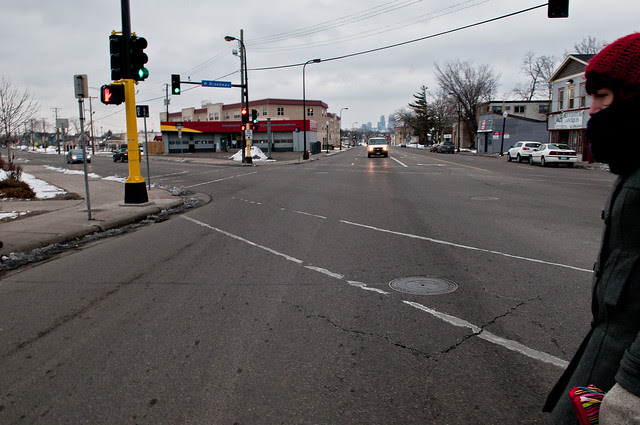 There's downtown way in the distance. It's actually only a 15 minute bike or bus ride and even closer by car. 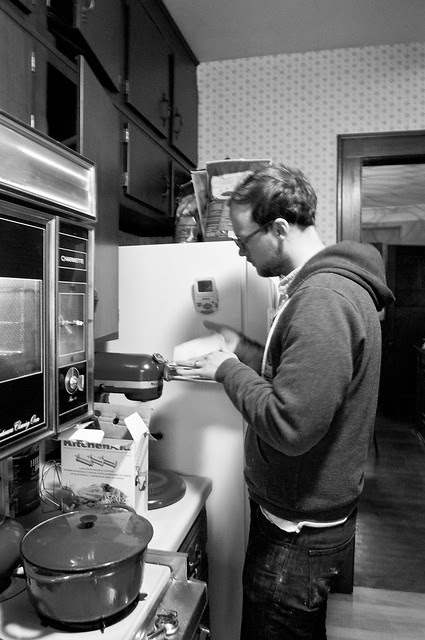 Scott makes pasta for our dinner when we get home. 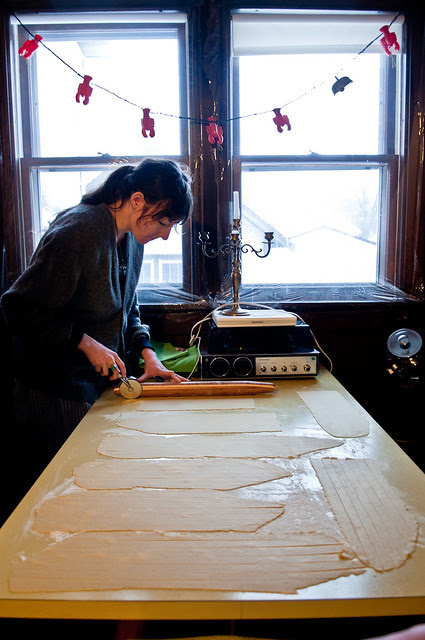 The recipe called for rigatoni pasta, but I wanted hand cut instead.

I told her the noodles were going to be to big, but she didn't listen. They were huge! 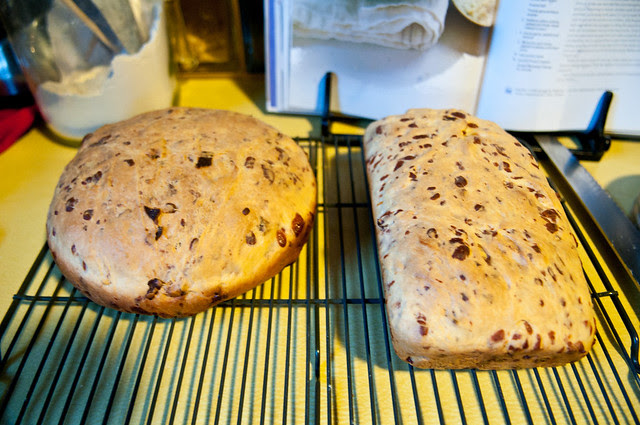 I baked this weeks bread, Casatiello. I'm really glad I'm doing each recipe in this book because I never would have thought to make this. The dough is similar to brioche in that it does have a lot of butter, but it also has bits of salami and provolone. It's like eating a sandwich. I don't think I've ever bought salami in my life. Scott on the other hand says he used to eat salami and ketchup sandwiches. Yuck.

It's fried salami and ketchup sandwhiches and don't dis it until you try it. 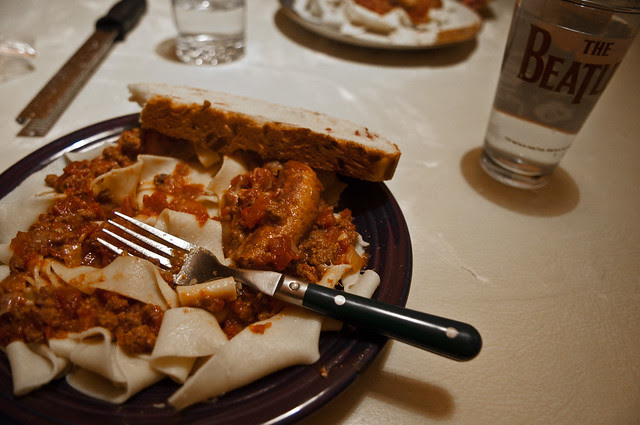 It may not look like much, but this was one tasty meal. Definitely not a traditional bolangese sauce (no carrots, celery or wine), but it worked perfectly with the spicy Italian sausage. It was almost as good as a fried salami sandwich.

Amanda said…
First…how did I miss this post? Weird!
What are ebelskivers? They look yummy!! That’s one thing I”ll want next time I come visit. (That Beatles cup must be one of your favorites. I’ve seen in appear in other blog posts.)
7:59 PM, March 21, 2012

Scottie and Brooke Tuska said…
Amanda -- Ebelskievers are a Danish filled pancake. Nordic Ware makes the pan. Scott doesn't like them as much as me so we don't make them that often.

We got the Beatle's cups as a wedding gift. I guess we do use them a lot.