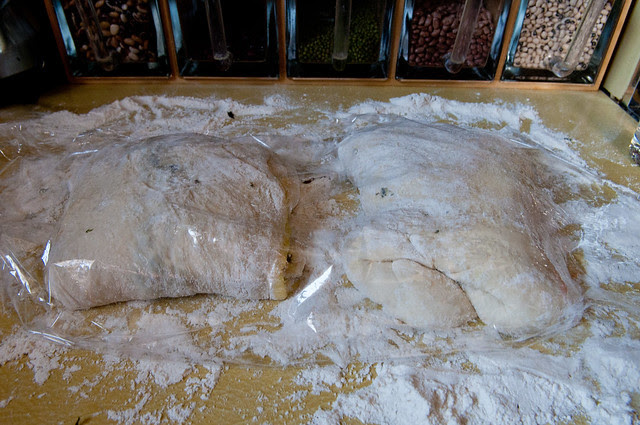 This weeks bread is Ciabatta. Scott had made this a few summers ago so we thought we'd try a variation and add caramelized onions and herbs. 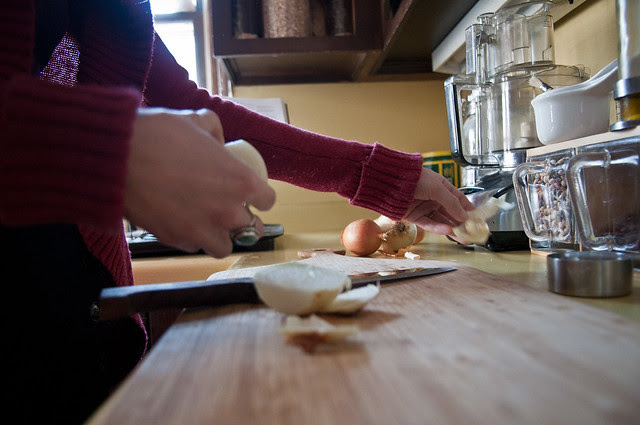 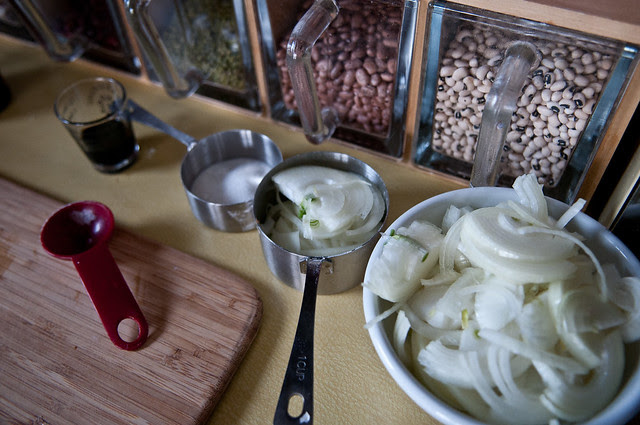 I'm really hoping Peter Reinhardt will find our blog and see that I'm making everything in his book and want to do a movie with me. It'll be called Brooke and Peter. 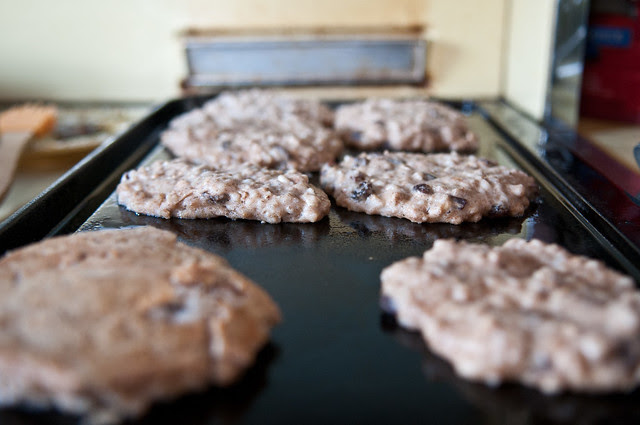 I'm also gunning for a movie once Mark Bittman passes away. OK, I'm not. That' just weird. We did make oatmeal raisin pancakes from Bittman's Food Matters cookbook. 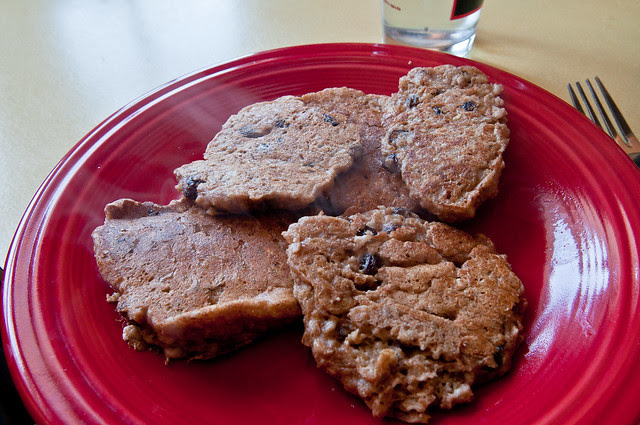 These turned out much better than the oatmeal raisin waffles we had a few months back. 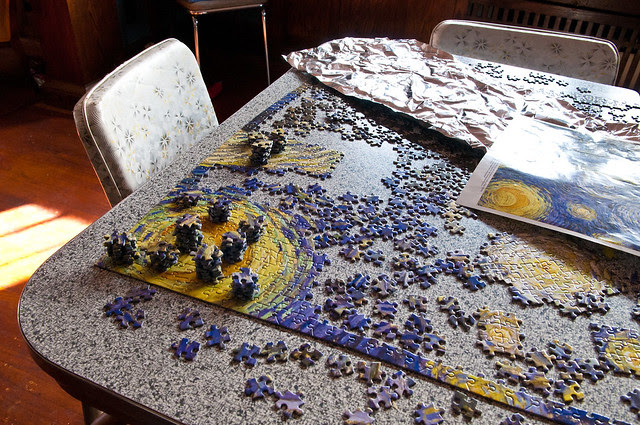 I tackled this darn puzzle again. 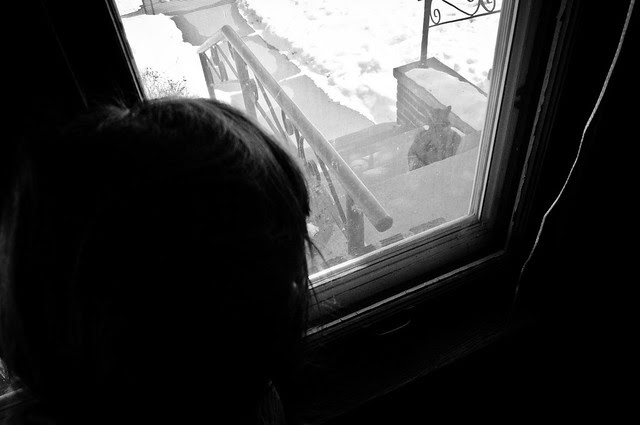 Peanut (our cat if you didn't already know) loves whining. Mostly he wants to go outside or in the basement. This time I gave in and he had some kind of deja vu to his alleycat youth. 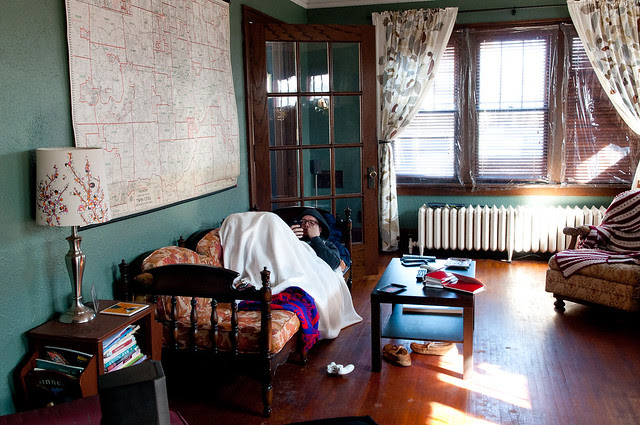 Scott played on his phone while Peanut played outside. We both tried to come up with ideas for what we should do today. I hope it's just cabin fever and things will livin up when spring comes, but lately I've come to hate Sundays. Actually everyday seems boring. I feel like all I do is work, sleep and cook. 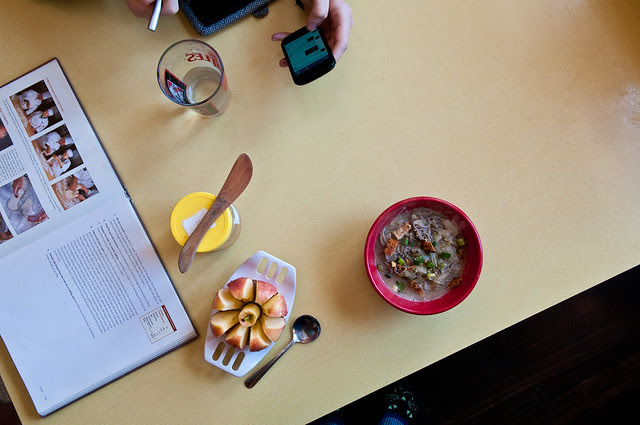 We had lunch before getting out of the house. I had leftover miso soup, an apple and peanut butter. Scott wanted one of my apple slices and peanut butter. I said no so he got a banana and put peanut butter on it instead. 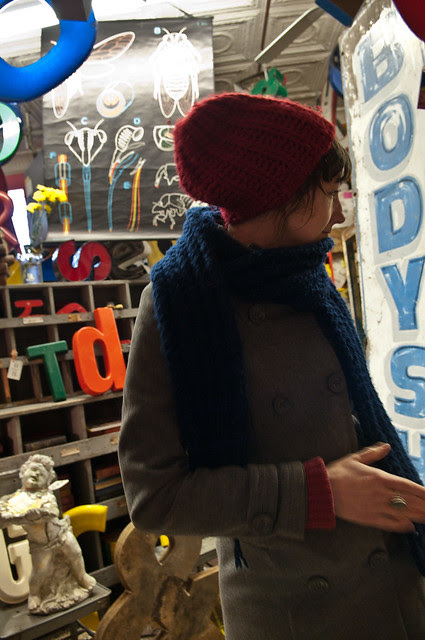 We finally decided to head to our favorite antique mall, Hunt and Gather, just for the hell of it. 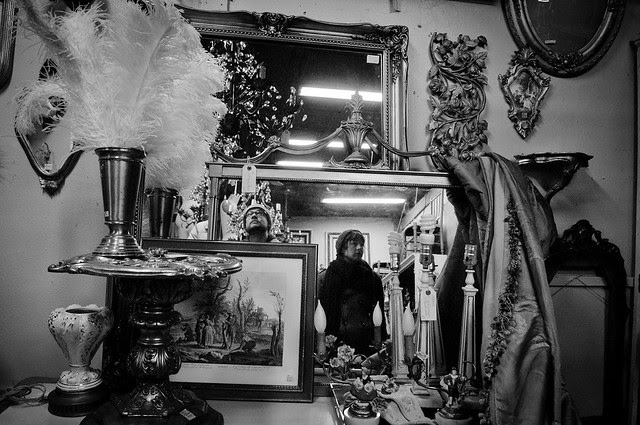 In hindsight we could've actually used one of these mirrors. Brooke's been wanting one for the bedroom for as long as we've lived in the Queen of the North. 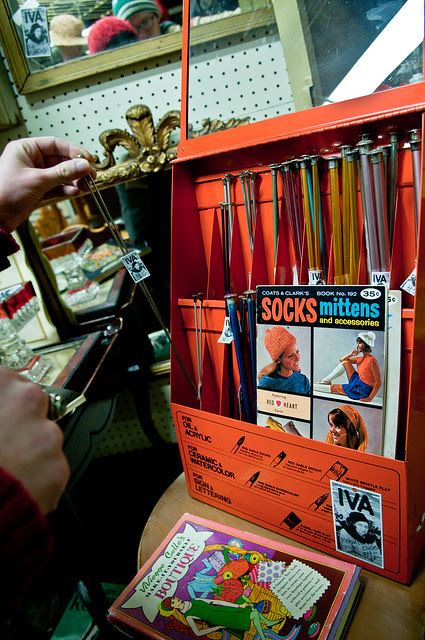 Brooke found some things she liked, but we didn't find anything we needed. 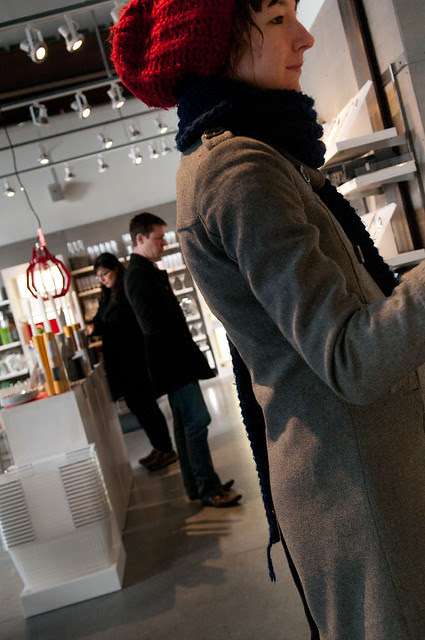 We had a bit of money left on a giftcard for CB2. We're cheap so most of their stuff is out of our price range. 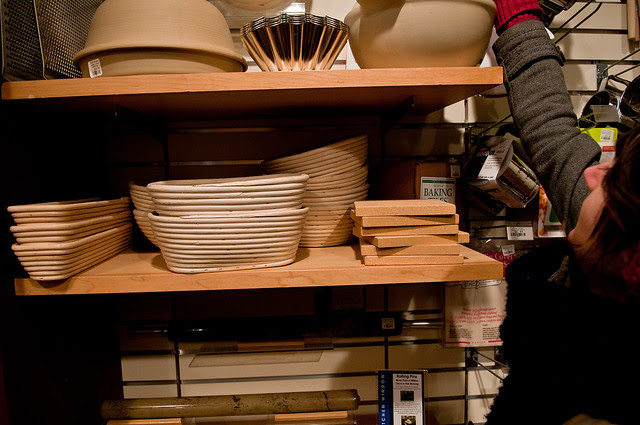 With bread on the mind we checked out Kitchen Window just next door at Henn-Lake (that's what all the cool people call it nowadays). 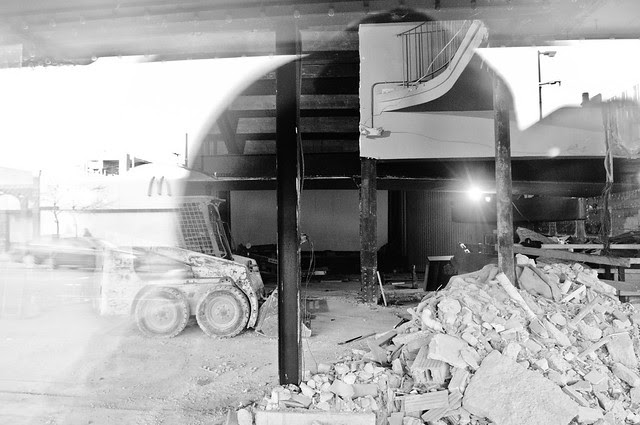 After stopping by Everyday People for another Brooke dress we peaked into the soon-to-be-remodeled Uptown Theater. 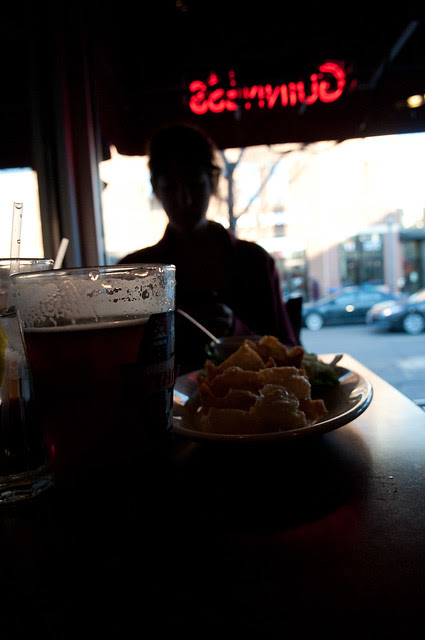 I didn't want to head home yet so we got drinks at Amazing Thailand. I believe I drank a Surly Furious.

It was happy hour so appetizers were cheap. So of course we had to order cream cheese wontons. 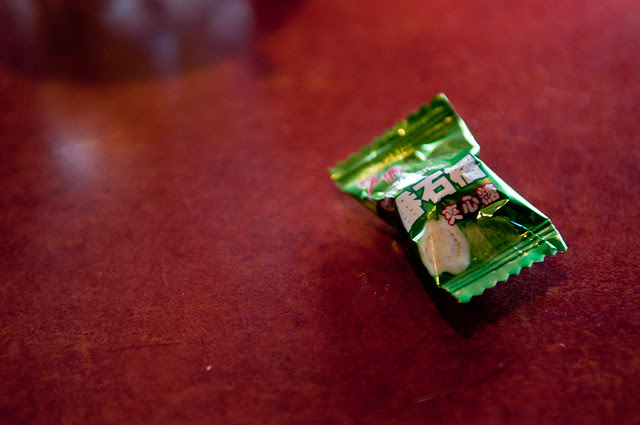 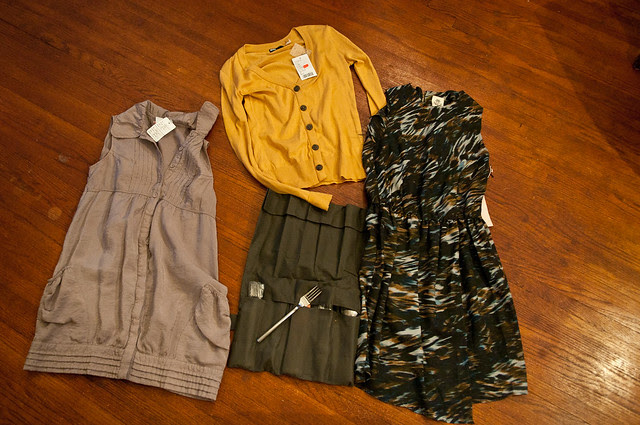 What I bought today. Scott didn't get anything. It's my birthday week so I can do what I want. Clockwise from left. 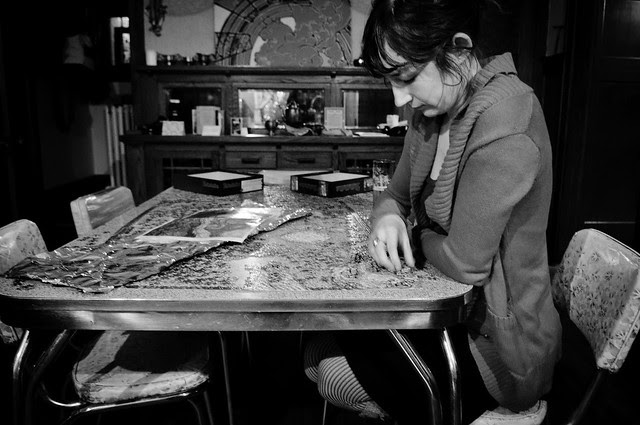 After all that shopping Brooke needed some puzzle time. 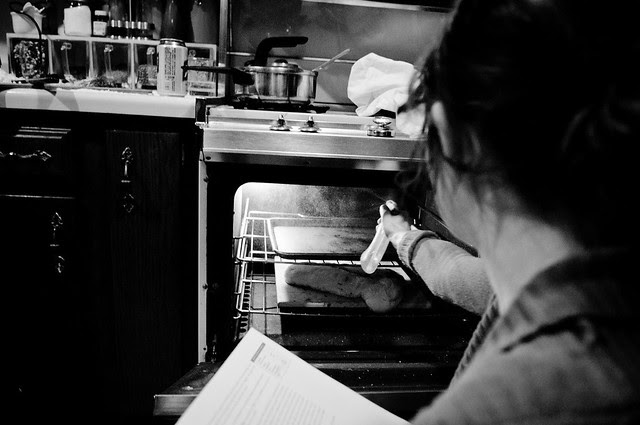 Then I finished baking the bread. It has to steam while it bakes. Since residential ovens don't have steam settings I sprayed the walls of the oven with a water bottle. 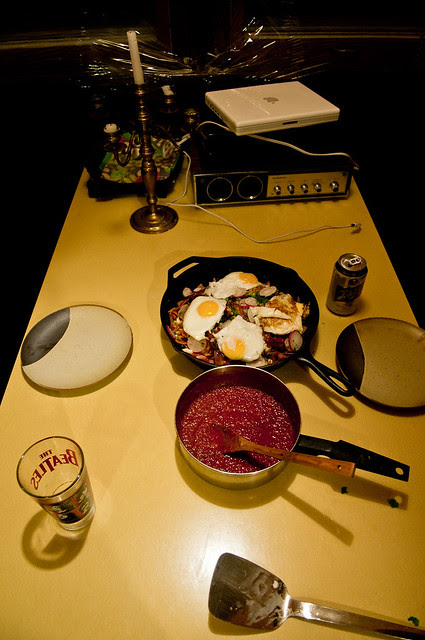 While Brooke finished the ciabatta, I made a variation on chilaquiles. 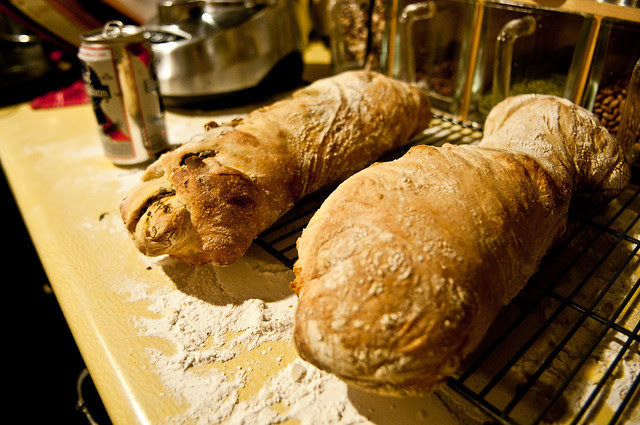 Pretty rustic looking if you ask me.

Then we ended the night by watching some Cake Boss. We pretty much spend the whole time making fun of it. Although his cakes are getting better, he hasn't been using quite as many cereal treats.

Amanda said…
I know I talked to you about this post already, but I thought it would be good to comment anyway. :)

I love the Brooke and Peter idea – I would for sure watch it. Brooke I love the outfits…I think its great that you got to do what you wanted since it was your birthday week.
9:06 PM, March 20, 2012

Pizza Farm, Another Waterfall and Two Wild and Crazy Guys Come to Minneapolis

By Scottie and Brooke Tuska May 16, 2021
I've been wanting to check out this pizza farm in Northfield for a few years now. They are only open on Wednesday's and every 3rd Sunday. It just never worked with our schedules to go. When deciding what to do for dinner I remembered they had just opened for the season again.  Got a phone update and didn't want to make dinner. So, Red Barn Farm seemed like a good choice. Finally Brooke checked this off her list.    They have tables but you are free to sit anywhere you want on the lawn too.   It was the perfect day to enjoy the lawn.   They supply the pizza and you have to bring everything else, including dinnerware. They do have a small shop with a couple sodas for sale, otherwise its BYOB. The pizza is the wood fired variety that's oh-so-popular these day. Not complaining, it's good. Scott thought the pizza was average but it was delicious.  No, I didn't think it was average. It's just run-of-the-mill these days. Would go back. The kids were excited
Post a Comment
Read more