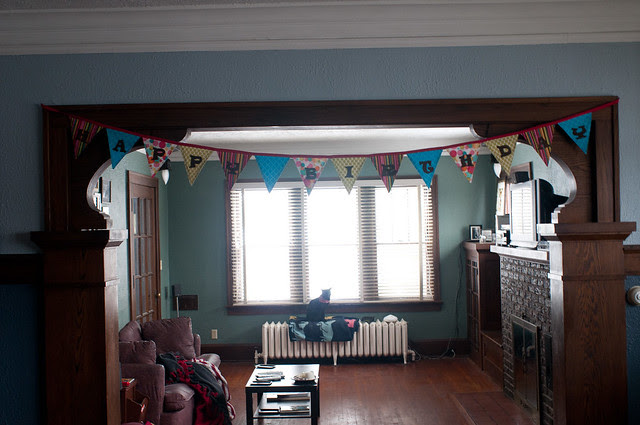 Even though I started this blog on my own as a way to rant during the first year I met Scott. We saw each other for only 3 months during that time. Back then it was called Wisconsin is for Lovers. I didn't really write in it as often, sometimes it was months apart. I did try out the photo diary part back in 2007. And only kept going with it a few more times after that. Again sometimes months apart.

But it was this weekend a year ago that we started doing it every week. I can't believe it's been 1 year already. It's funny to look back at the crappy photos that were used when we first started doing this. Scott didn't even partake until March. I love being able to look back at our photos and I sometimes refer to things that happened this past year by the title of the blog post that day.