The 50s Grill of Catan 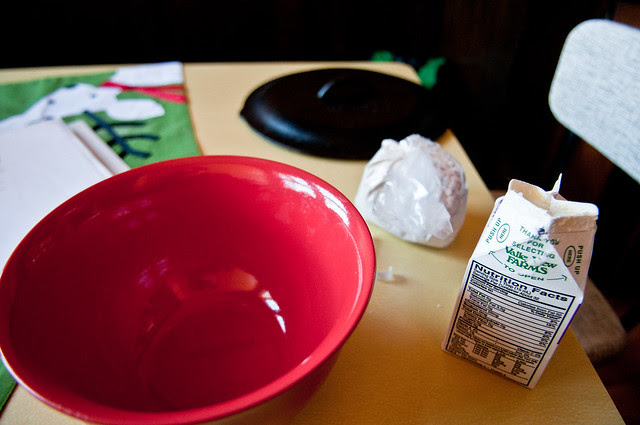 I had received a box of scone mix for a Christmas gift this week. I had Scott prepare them for breakfast. 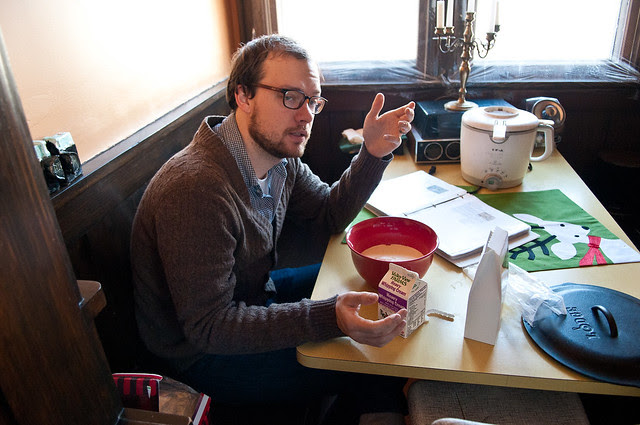 "Why are you taking my picture when I'm not doing anything?" 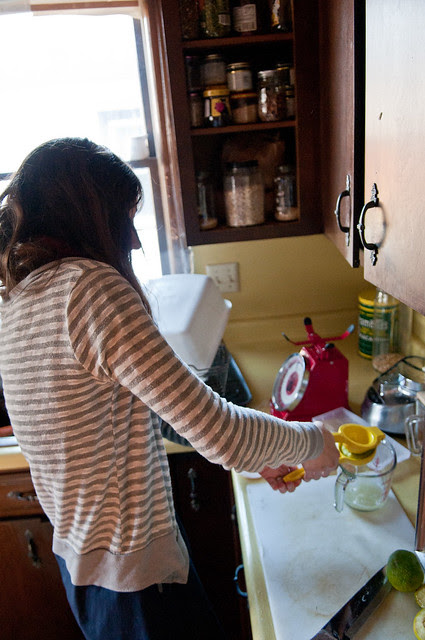 While he did that I juiced a bunch of limes we had in the fridge that were starting to go bad. I like to separate it into ice cube trays and freeze them. 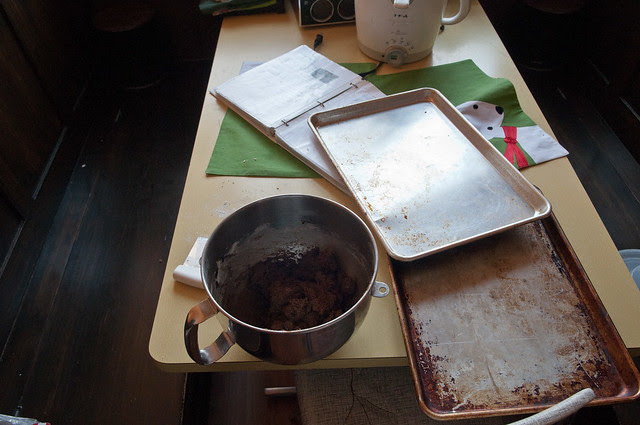 I started the molasses cookies on Saturday before work. I had to chill them for a few hours, so I just let them sit over night. 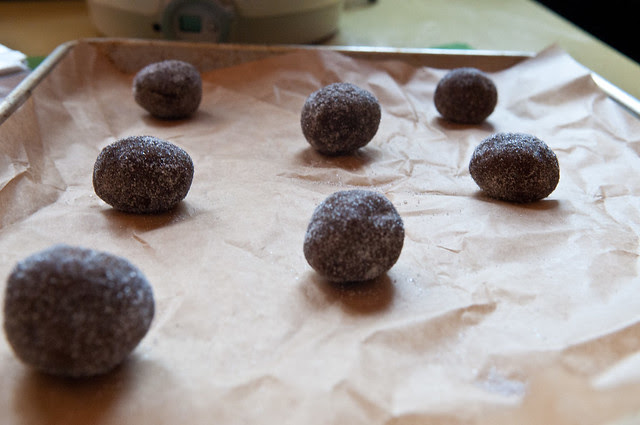 While our scones were baking Scott finished making his favorite cookies. 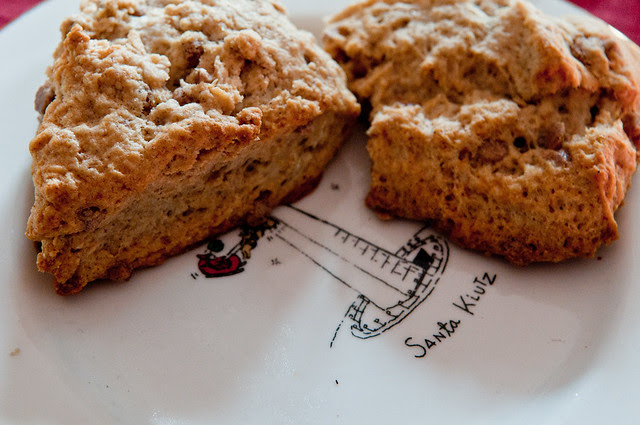 The scones actually turned out pretty good. They were crisp on the outside and light and airy, like a biscuit, on the inside. Most scones I've had in the past were just crumbly. Not bad for packaged food. 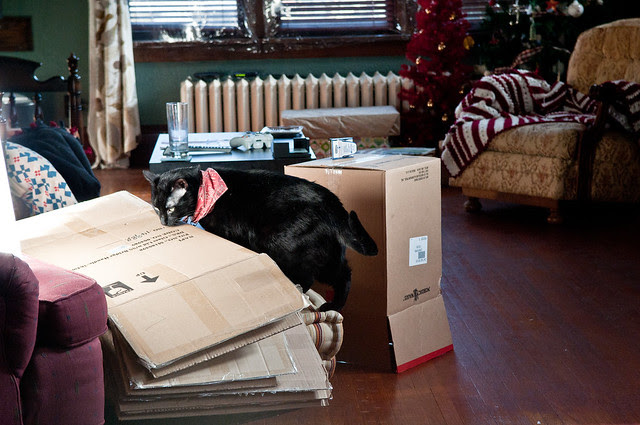 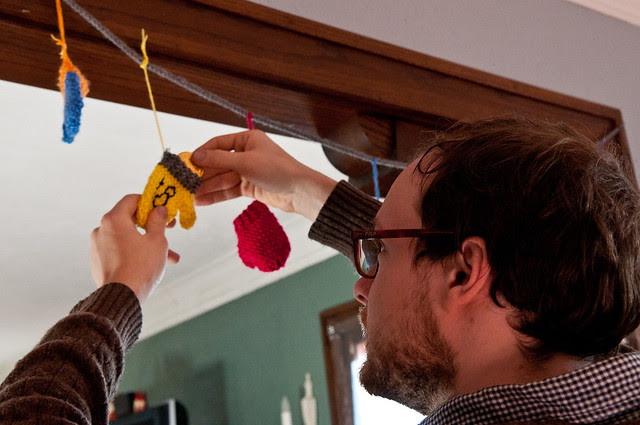 I finally finished my advent calendar. Just in time too, only one week left!

I had my first piece of chocolate from this year's calendar. We each get one per day. 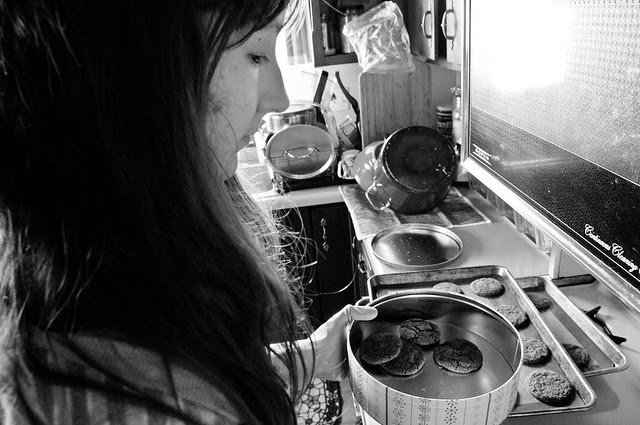 I cleaned up the kitchen, like I spend most of my Sunday afternoons doing.

OK, she was just putting the cookies in a tin. Does that count for cleaning up?

If you notice in the background there's a huge stack of drying dishes. 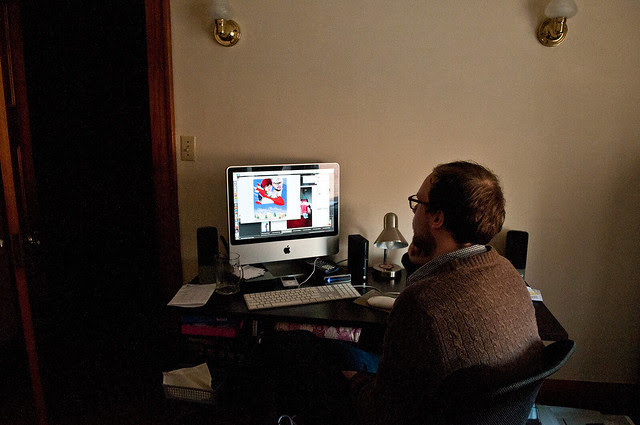 Scott was productive too in creating our Christmas card. We had wanted to do a photo that involved snow, but since there isn't any this year we had to improvise. 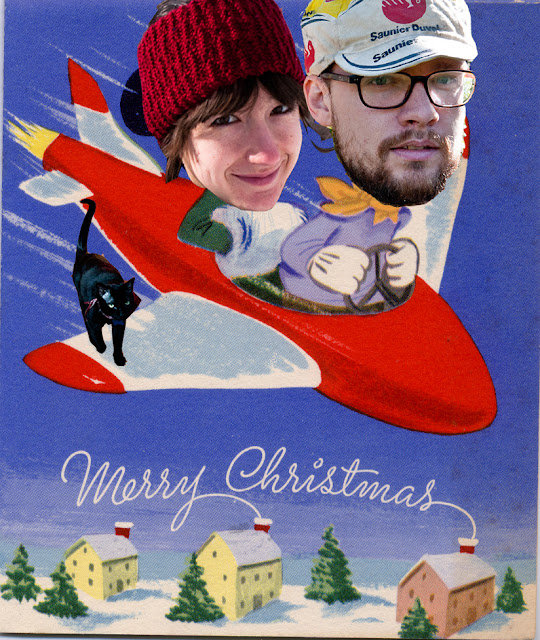 Since you should have got it already if we sent you one, here's our Christmas card for those of you who didn't get one this year. 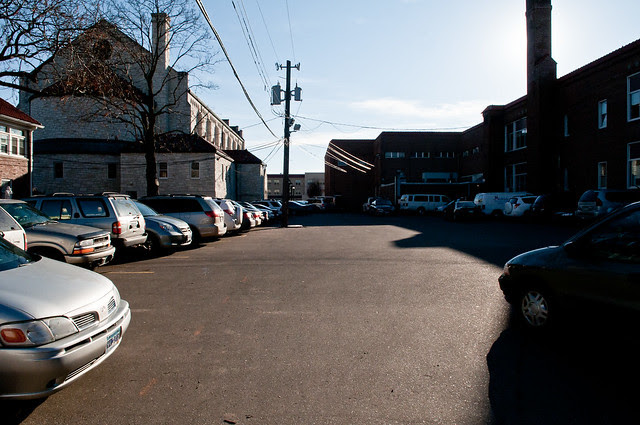 After I finished the card and printed them out Brooke needed stamps. So, I walked down the alley, past the church, to CVS. 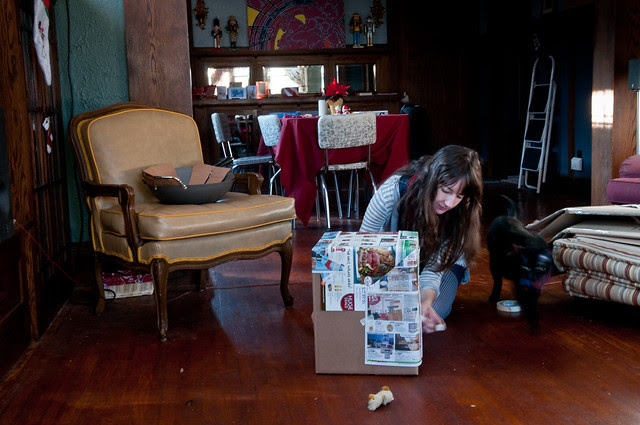 I finished wrapping gifts. We're out of wrapping paper so newspaper will have to do. I'm proud to say all my Christmas gifts this year were made in the USA or were handmade.

I can't say the same for my gifts. 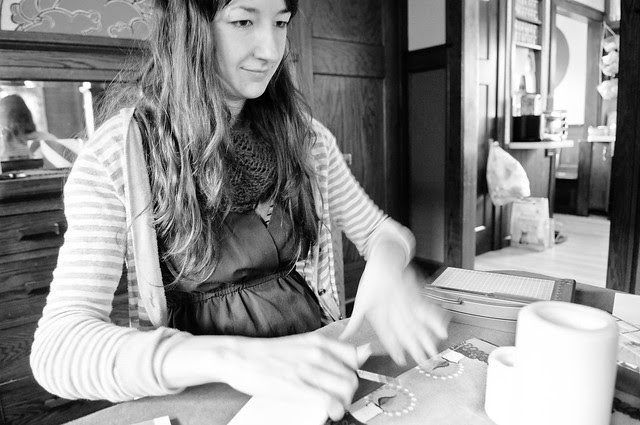 Scott printed the Christmas cards and I prepared them to be sent out. 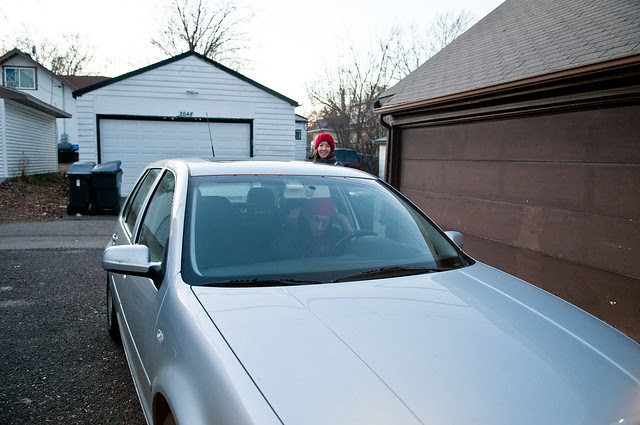 Then Tyler, Emma, and Olive picked us up to go out to dinner. 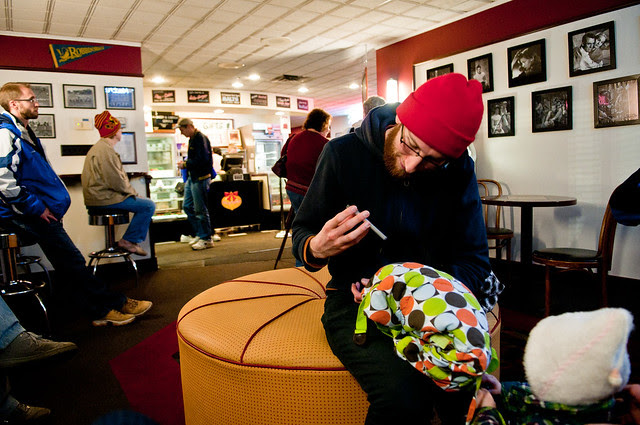 This week we went to 50's Grill in Brooklyn Center.

We ran into this place after I started working at the nearby Best Buy. There are actually quite a few good places to eat in BC. 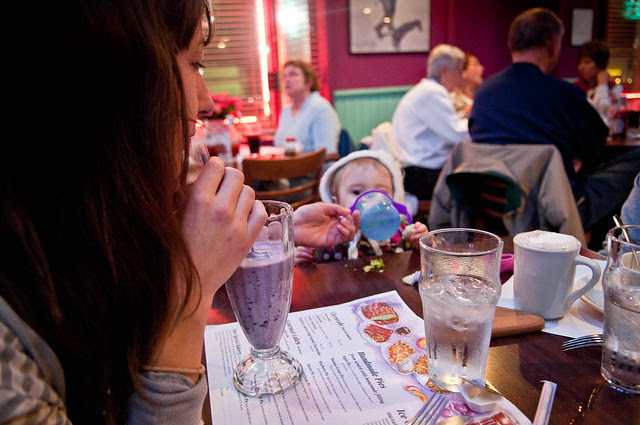 The restaurant looks like the 1980s version of the 1950s. We got a blueberry malt to start things out. 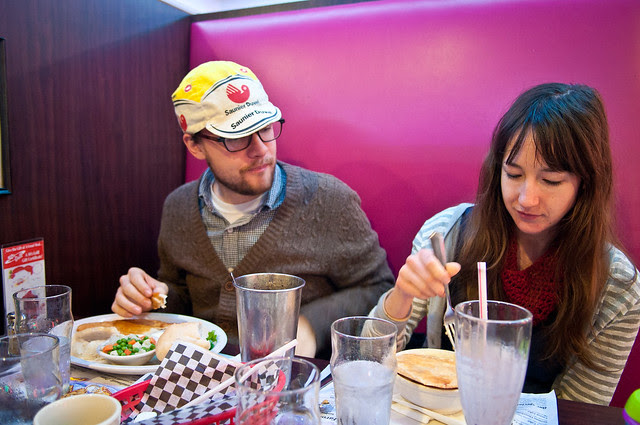 I ordered the chicken pot pie.

I got the walleye. We also got four or so baskets of bread. All of their food, including the baked goods, are from scratch. 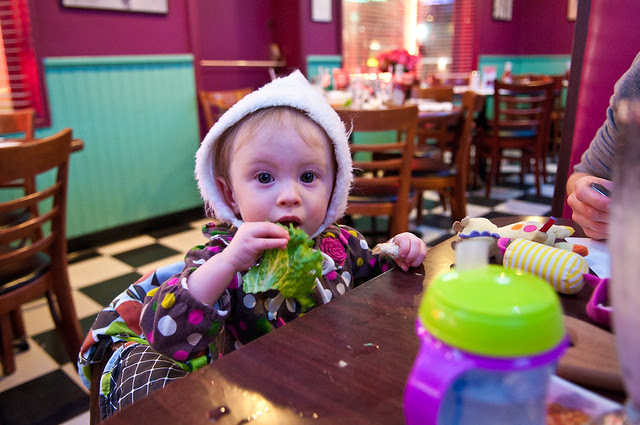 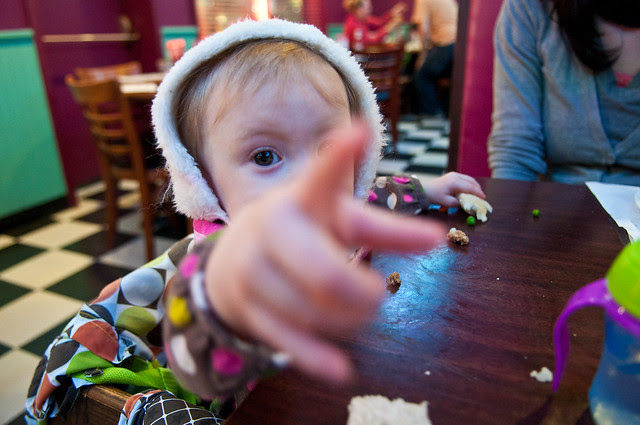 Her favorite thing to do these days is point. 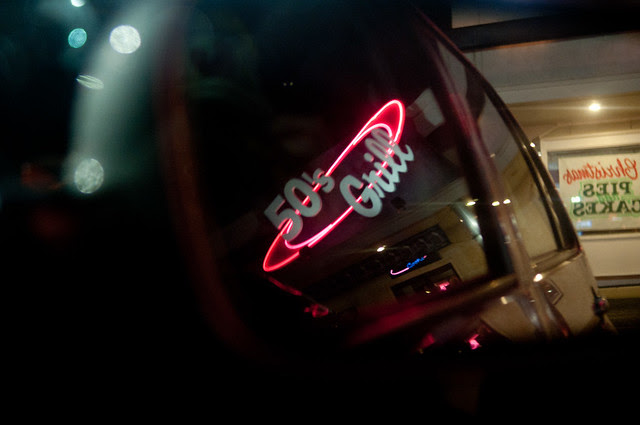 Then we headed home. I was full. 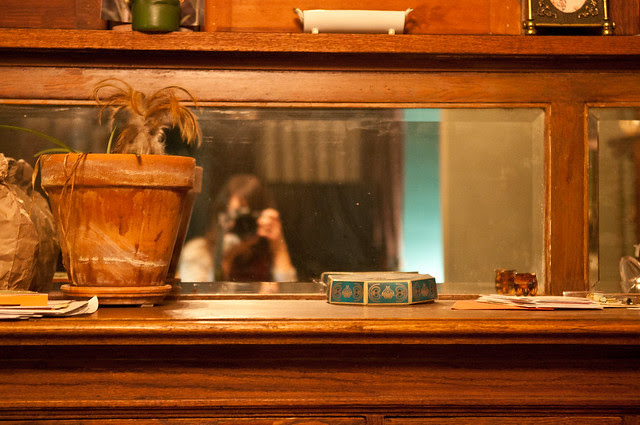 After dinner we headed over to T, E, and O's house. 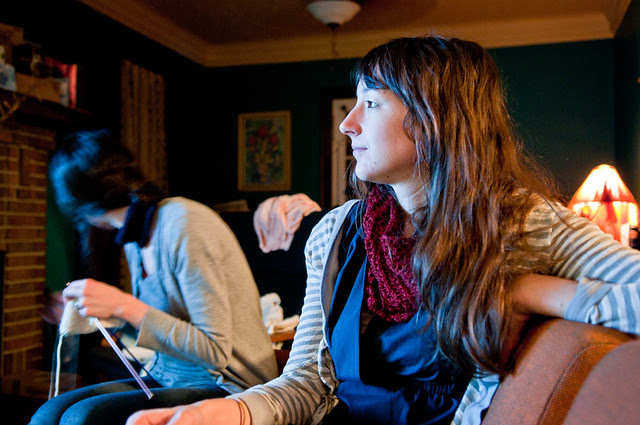 Emma just learned to knit and is way addicted. 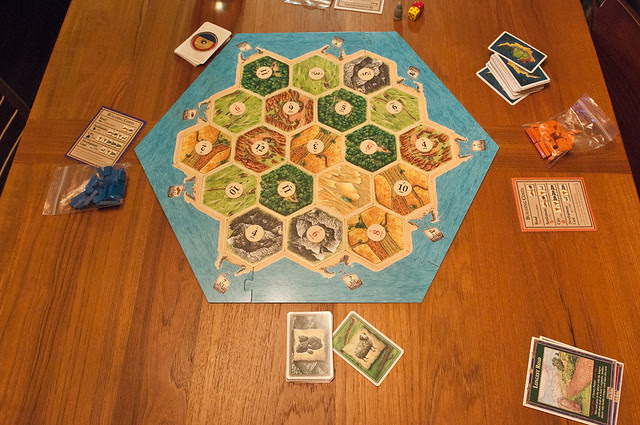 After Olive goes to bed we play our new favorite game Settlers of Catan. 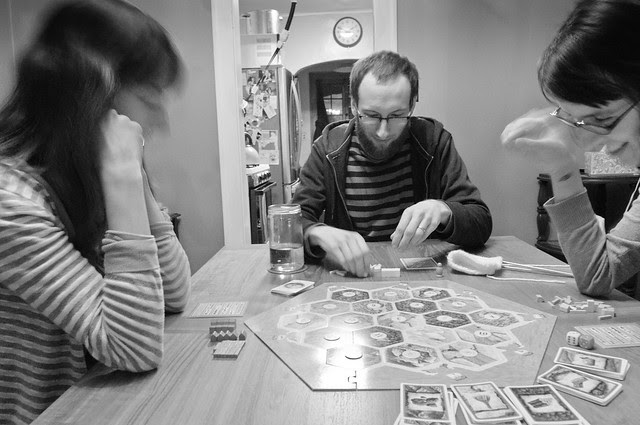 After a little bit, I totally ruined my chances of winning. Hopefully I'll get better at this game soon. 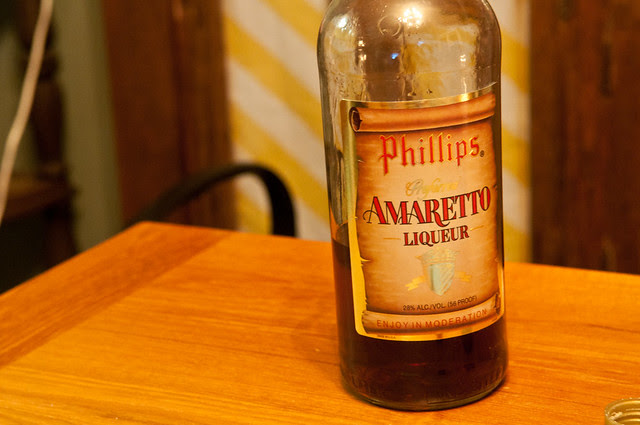 We brought over a bottle of Glögg. All they had for liquor was amaretto. It was actually quite good when mixed together. 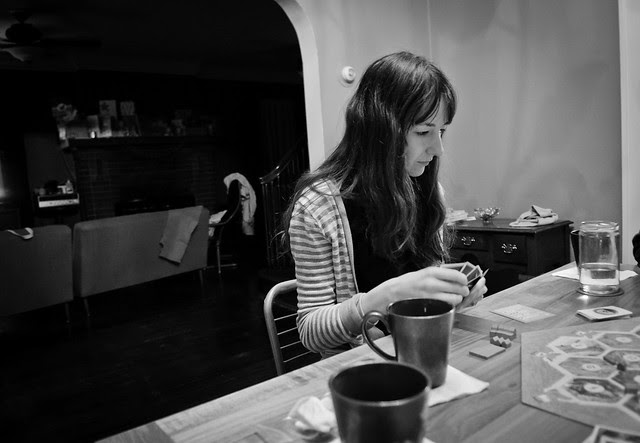 As you can see Brooke is way into this game. 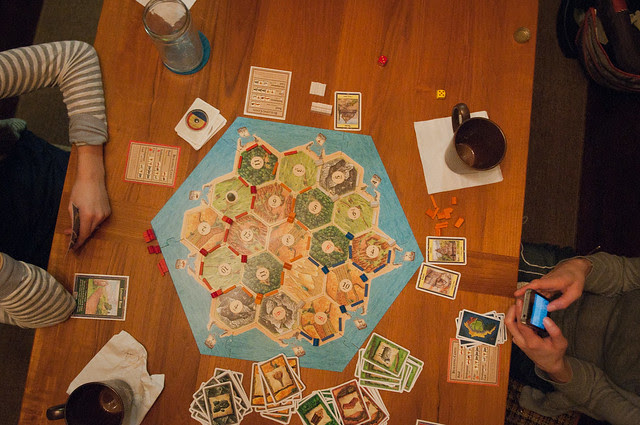 For the second time I got stuck in the corner, missing my chance to mine some oar. After that I tried to sabotage the game. It was fun.

I think we'll be playing a lot of Catan this winter.

Blake Romenesko said…
When I came home I saw your Christmas card and thought it was one of the greatest things I have ever seen.
Also on my drive home they were talking about glögg on NPR.
1:17 PM, December 28, 2011

Amanda said…
I think it's really funny that you have mini cartons of milk like kids drink at school! :)

I also really like the little reindeer placemat you have! Cute! Why did you guys have so many boxes in the living room?

I laughed hard at your comments about cleaning up and then “If you notice the drying dishes in the background..” Brooke, I’m always the one doing dishes too…I feel your pain.

Scottie and Brooke Tuska said…
The carton is heavy cream. The boxes were gifts for our family. Most of those were opened up at the cabin. And yes, it is was a Blueberry malt.
11:23 AM, January 18, 2012

By Scottie and Brooke Tuska July 10, 2021
We began our 4th of July weekend a little early with a trip to Marshfield, WI. I had to shoot a cable company store and I didn't feel like going back and forth from Wisconsin to Minnesota and then back again. Meadow found something shiny at the bottom of the hotel pool and I went diving for it.  We got to the cottage for the long 4th weekend and I enjoyed some ramen. Because, you know. Chelsea and the kids were already up when we arrived. Theo would play in his turtle all weekend long. Hey Harvey. The cousins were reunited after almost a year. Theo didn't remember who they were. Theo may have not remembered who they were, but he still wanted to hang with the dudes. You can expect something yummy every night when the whole gang shows up. Chelsea served us her famous chicken and wild rice soup on our first night. Then we went on our fist pontoon ride of the week. Gail must bring wine on the boat ride. Oh and animal crackers of course. Not for Gail, but will end up all over the po
Post a Comment
Read more