The Cape Cod of the Midwest 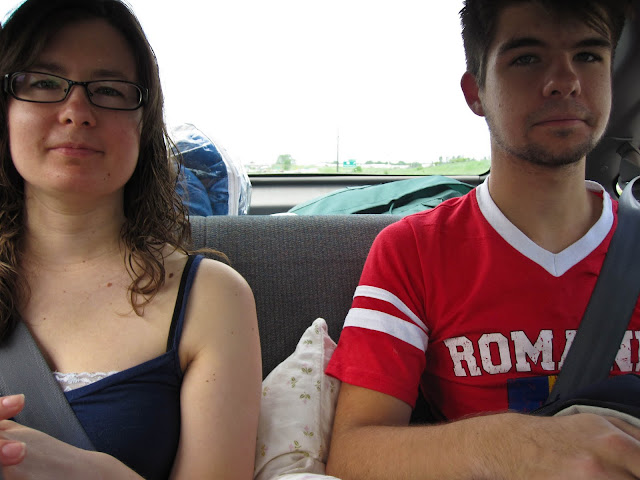 We talked Brittany into joining us for a road trip to Door County, WI. Scott had never been there before (or so I believe). Considering how short of a drive it is I'm surprised my family didn't go that often, either.

Brooke likes to get to the destination on road trips, but if you mention Fleet Farm or antiques she's totally in.

It took me many years to figure out that they were different stores.

As Brittany wasn't planning on going camping we decided to get an extra tent and more sleeping bags. Of course we had to get a 2 pound bag of trail mix.

She loves that 2# trail mix. I decided to get this Rayovac headlamp. It has three separate LED zones in blue, red and white. I've been using it ever since to paint photos and, of course, lead my way.

We were all hungry for lunch and agreed on Mexican. We stopped at a restaurant in a strip mall outside Sturgeon Bay. Surprisingly some of the best ethnic restaurants are hiding in strip malls.

Agreed. A year back we stopped at a similarly nondescript Mexican joint, El Tapatio, in Fort Collins. In that case the quality of the food may have been aided by our trip to the New Belgium Brewery.

We continued up Hwy 42 along the coast. Blake threw out his useless facts with, "Did you know Door County is the Cape Cod of the Midwest?" Scott responded with the comment, "What if we went to Cape Cod and called it the Door County of the East Coast?"

I'd love to buy this motel.

We stopped at an antique store/cheese shop/gallery. Scott and I bought the cocktail shaker above. 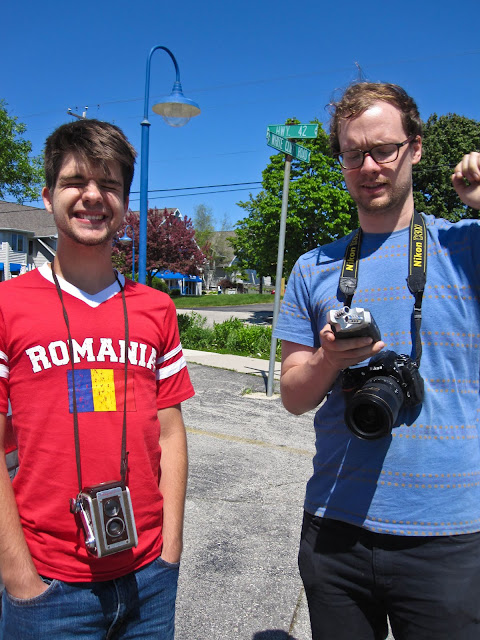 We made another stop in Egg Harbor for some beer at the Shipwrecked Inn. 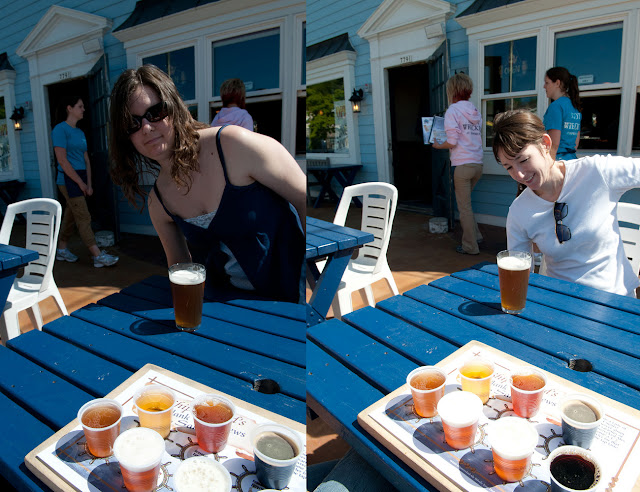 Can you tell we're related?

Scott and I got the beer sampler and a pint.

Can't remember the whole bunch, but the Captain's Copper and Bayside Blonde stood out. 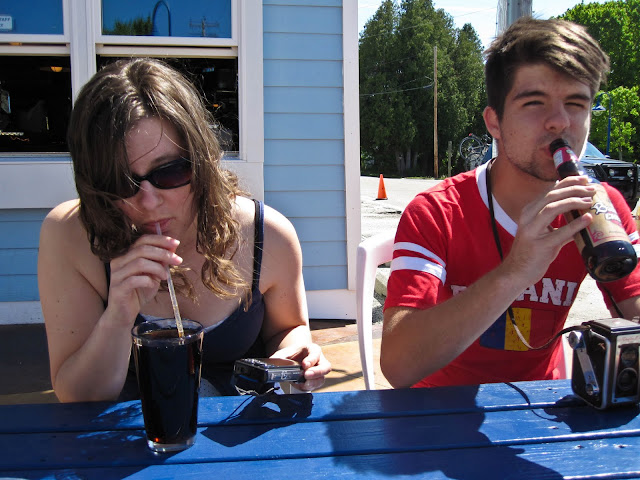 Blake and Brittany had soda pops instead.

Egg Harbor was too quaint for my taste, but the next city balanced the cheese/authenticity factor with my favorite dessert. 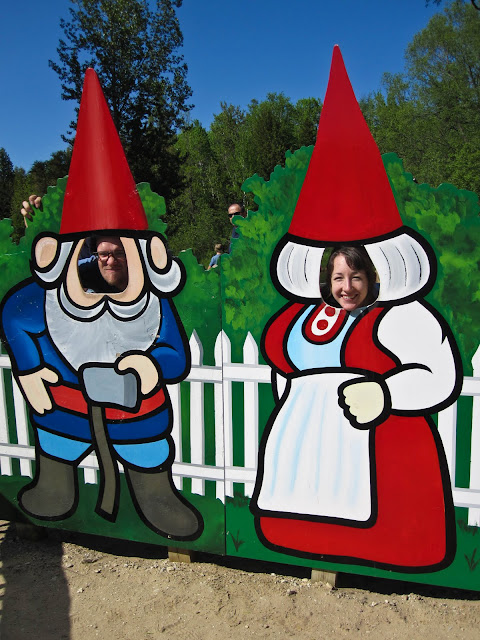 Of course we had to stop at the Frozen Custard shop.

Fish Creek's Not Licked Yet reminded of the pre-Kalahari Wisconsin Dells. Where as Egg Harbor seemed manufactured, adirondacks, frozen custard and what I suppose is the Fish Creek screamed Wisconsin (despite that adirondacks come from New York). It makes me long for Storybook Gardens.

We then went to Peninsula State Park and scored an awesome spot near the Green Bay. After we set up camp we decided to keep driving north to the tip of Door County. We stopped and climbed the tower in the park first. I remember coming here as a child. 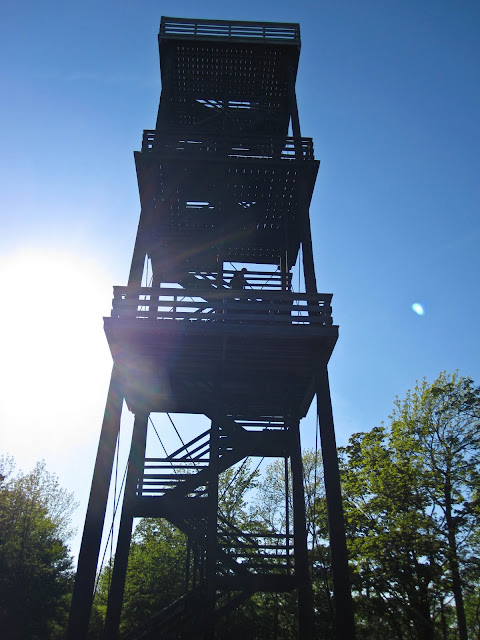 Being my first time in Door, I spent a little more time hanging out on the outlook. It's one of those views that's worth getting as many angles as possible. When I was heading back down Brooke, Brittany and Blake looked like ants next to a toy car.

We were hungry again and stopped at Moretti's, a little Chicago-style place, in Sister Bay. Scott had a sandwich.

I didn't just have a sandwich. I had The Godmother: a combo of moist Italian beef and handmade meatballs smothered with spaghetti sauce. It was decadent.

We shared eggplant fries and pizza.

We had drove all the way up to the Washington Island ferry before we realized we were low on gas. After we stopped for pizza, the next two closest gas stations were closed. We were a little worried we were going to run out. Luckily we found one.

While we were driving back to the park Blacob took this trippy-sunset photo.

We made another quick stop before sunset to see the lighthouse.

Then we got some wood and made a fire before calling it a night, while Scott tried out his new headlamp and complained there were no marshmallows.

The next morning we packed up (it was pretty windy) and headed back down the peninsula on the east side down hwy 57.

I could post 57 similar photos of Blake. I find it funny when photographers don't like being photographed.

We stopped for breakfast at this darling place, The Town Hall Cafe and Bakery. We were just going to run in and grab some pastry goods but the place was just too darn cute.

There's a running joke in Wisconsin that the Upper Peninsula ought to be a part of Wisconsin.

The food was awesome as well.

This little wonder was made up of a phyllo dough nest, mild sausage, poached eggs and an aged Wisconsin cheese that escapes my mind. Our most expensive meal on the day trip cost around $50 for the four of us.

Because the Town Hall didn't take cards, I marched up the highway under a persistent drizzle to the closest bar (that was open well before noon) and asked for the Tyme machine. I took out a little extra money and made my way back down Hwy. 57. Not a bad way to work off a filling breakfast.

We made one last stop to get some cheese before heading home. I do feel like I betrayed Door County by not buying anything cherry related while we were there.

We did in fact have a cherry-infused beer at the Shipwrecked Inn. Not sure if that counts. But we'll put it up on the board anyways.

Scottie and Brooke Tuska said…
I'm going to ask somebody in Minnesota for a bubbler and tyme machine sometime this summer.
1:01 PM, July 05, 2011

mm45 said…
Hi. I stumbled upon your site while contemplating taking a trip to Wisconsin this summer. This is the best Wisconsin (and Minnesota) webpage I have been able to find, by far. It is very well done, intelligent, interesting and tasteful while being for the most part understated. I wish there were more things like it.
10:03 PM, April 12, 2012