By Scottie and Brooke Tuska April 17, 2011
We stayed out partying pretty late last Saturday night. As stated in an earlier post, I will admit I was pretty hungover. I had a little too much gin and not enough sleep. Usually a big bowl of bland oatmeal cures my hangover, but not today. My stomach was not happy so I was not happy. Getting out of bed did not sound like fun to me, but Scott had other plans.

Well, I didn't have different plans. I just wanted to make her breakfast in bed, since we did indeed party way to hard. So I made her oatmeal. I put a bit of Munuka honey and sliced bananas in mine. That's what I would call comfort food. Brooke wouldn't have it -- but I admit she drank a lot at the Irving Inquisition's party. 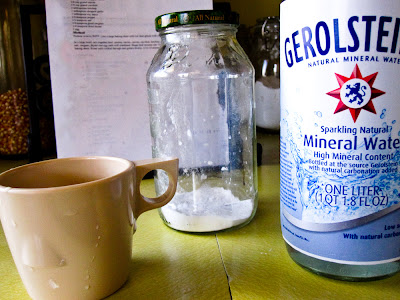 If there was one thing I learned in school it was how to cure an upset stomach with items in your pantry. Downing club soda mixed with baking soda usually does the trick. We didn't have any club soda so I opted for mineral water instead. My stomach became a quaking bog and improved slightly. 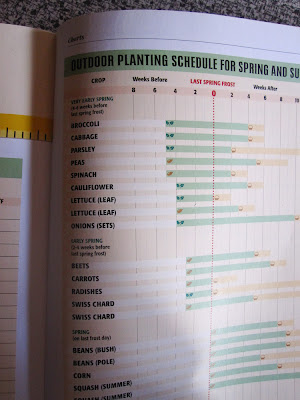 I really didn't feel like doing anything today, but knew my garden needed to planned and seeds needed to be planted. I've been reading The All New Square Foot Gardening book every night before bed. If you're a new gardener or have been doing so for years this book is really useful. Who knew you could plant 16 carrots in just 1 square foot. (Brooke has been indoctrinated in the cult of the square foot.) Another thing I didn't know and that's because I'm still new at this was that you could actually plant cold weather seeds before the last frost. Things like spinach and peas can be planted up to 6 weeks before. The average last frost in Minneapolis is May 21st so I need to get my butt in gear.

Scott wanted to get out of the house and since Hunt and Gather was having another weekend sale we headed down to south Minneapolis to see what we could find.

And that's what we did. I got Brooke off her butt and made our way down to Hunt and Gather. We love this place. It's the perfect mix of cheap and overpriced. We always find something for the house. Along the way we ran into the crazy sight of 100 or so BMX bikers traveling like a heard of cattle. It was cool. 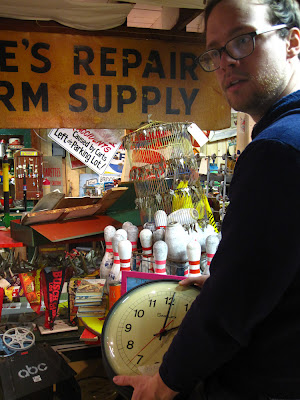 I wanted a big-old school clock for my office. This was the one I thought I was going to get, but I ended up getting a silver version, which is just plain sexy. 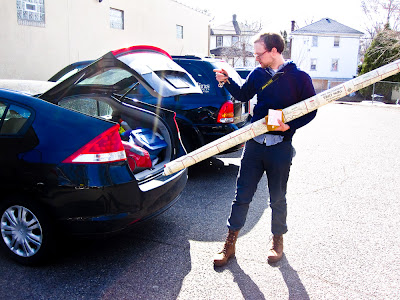 The last few times we were there he had been eyeing up a map of Minneapolis zip codes. Today he finally decided to go for it and get it. 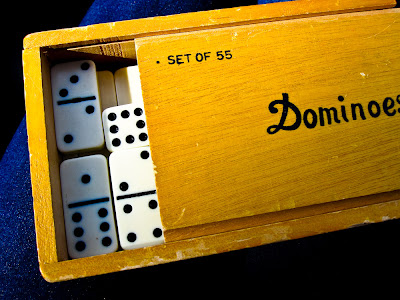 Another item we got was a set of Dominoes. Now we only have to learn to play. 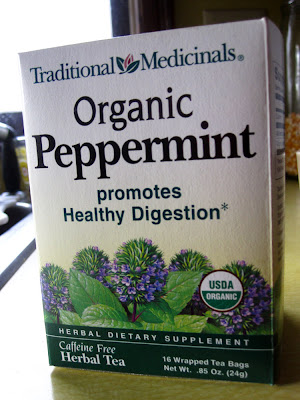 The car ride made my stomach more queasy. I decided to try to fix it one last time with some peppermint tea. Between that and dinner it seemed to do the trick. 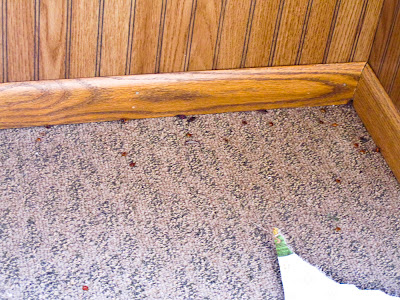 While we waited for our dinner to heat up Scott cleaned up the back room revealing a bunch of dead box elders from over the winter.

Someone's got to do it; and though Brooke is a busy body, this is not something she does. 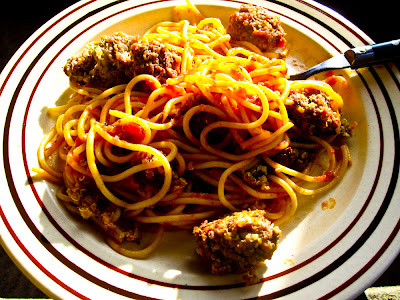 For dinner we had Spaghetti and Beef and Quinoa meatballs. Scott's a little biased and only likes his families meatballs, but I really like these and they're gluten free!

(Note: To cook quinoa, bring 1 cup water to a boil in a small pot. Pour in ½ cup quinoa, cover and simmer until water is absorbed, 10 to 12 minutes. Set aside off of the heat for 10 minutes then fluff with a fork. Makes about 1 1/2 cups.)
adapted from Whole Foods 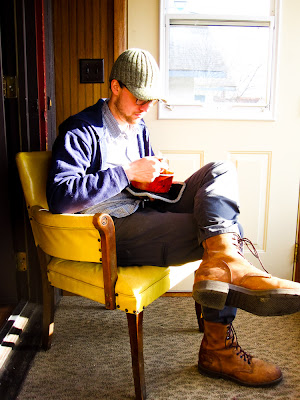 The sun was warm and our dining table was covered in garden things so we ate in the back room.

Scott had to go to a work meeting while I cleaned up the house.
He had taken a nap before work so he stayed up. But it was early to bed for me.

And another early rise for me, but not the kitty.

Amanda said…
I apologize for the lack of comments on my part. I still remain a faithful follower of your blog, but I haven't taken the chance to leave a message. Now I'm back on track. :) I laughed so hard at this blog when I first read it. My favorite picture is the one of Brooke laying down on the floor with peanut nearby. I cannot imagine you hungover!!! HA!!!! Great times...Question: Is the Hunt and Gather store an antique store like a rummage sale type store or is it expensive? Do you think I"d like it?
8:17 PM, April 29, 2011

Brooke said…
Hunt and Gather is like a rummage/ antique store I guess. There is always new stuff everytime we go. And it has the best prices around especially when they have their sale weekends.
10:49 PM, May 01, 2011