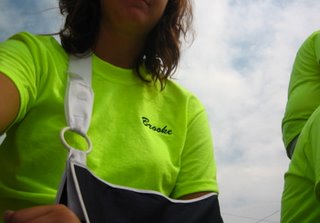 As you can see I am wearing a sling. Why you ask? Well it all started Thursday morning when I being the nice person that I am decided to help out Scottie and his roomates move into their new house. Everyone had gone back to their old house to get more stuff and I stayed behind to finish unpacking things out of my car. I was walking back to my car and thought it would be faster if I went in between a trailer and a van. Being the clumsy person that I am I somehow tripped in the process, ripping my jeans as well. Not thinking I had broken my arm I continued to carry things into to the house. My arm did hurt a little, but I thought it was no big deal. I had to leave for work. When I got home I noticed a huge bump on my elbow, I became worried at this point and called my mom. She said it was probably just bruised. I put ice on it as I was driving, when I got to the mall I saw the bump had gotten bigger. I was really concerned now so I thought I would go to first aid and see if someone there could look at it. Apparently there isn't a first aid at the mall, I was a little disappointed by this. After being at work for 2 hours not really doing anything because I couldn't, I was sent to an urgent care. Sure enough my arm has a fracture near my elbow not allowing me to bend it at all. So I'm stuck wearing a sling, but the good news is I don't have to wear a cast.

The bad news is I can't...
go for bike rides
drink alcohol (because of my medication)
go swimming
jump in the quarry
ride a jet ski
go golfing
play video games
knit
do handstands
i have a difficult time getting dressed
work at menards

Suprisingly enough I do still drive, which is kind of risky since I do drive a manual car. I managed to drive 4.5 hours to see my family for labor day. Being bored from not being able to really do anything I learned to crochet even with my broken arm. 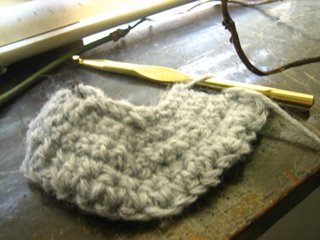 I love Labor Day in Redgranite and it was nice to see my whole family at once. Even my non related sister Morgan. 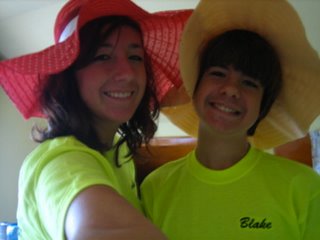 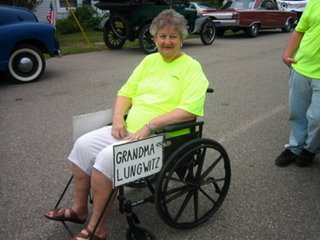 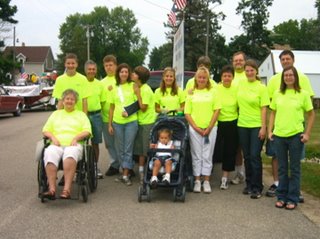 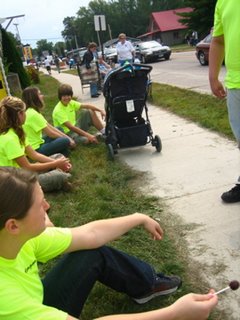 We brought a lot of attention wearing our safety green shirts. I probably won't be home until Christmas unless there is an emergency or if I get really homesick.

I'm really sad that I'm not going to school this fall, way more than I thought I would be. I'm actually jealous that Scott has homework and I have nothing that needs to get done. I can see myself becoming really bored once it gets colder out and starts snowing. No more days at the beach or bike rides.

Anonymous said…
That hat is awesome (I should have took it)Fun idea-everyone is coming back to millsberry. Im bored too. How about i come and bike over. Now don't crash into a divided highway wall... Hope to see you in Millsberry. (my sn coolbla000)

Anonymous said…
You can pick up so many more hobbies now. Use the time wisely to develop skills you wouldn't have time for otherwise.
8:04 PM, September 09, 2006

Anonymous said…
I can't believe you broke your arm!! I feel so sorry for you! : ( I love your shirt though, I would like to have one like that. Anyway, I love that I can comment. Now I can really stay updated on your life! How exciting! By the way, even though we haven't had the chance to talk much lately I want you to know that I miss you!
1:12 AM, September 12, 2006