Too Cold Sunday, A Perfect Weekday 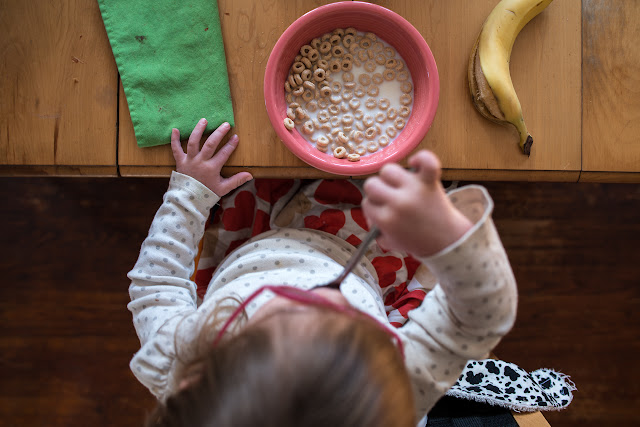 Today was a eat-what-you-want for breakfast day. Meadow chose cereal.

I had a leftover pancake and egg sandwich.

I was still sleeping.

Both Scott and I caught whatever illness Meadow had the weekend before. I recovered after a couple days, but Scott got hit harder than me. He rested long after we were done with breakfast.

Threw up, fever, sore throat and now I had some weird rashes on my hands. Weird week. 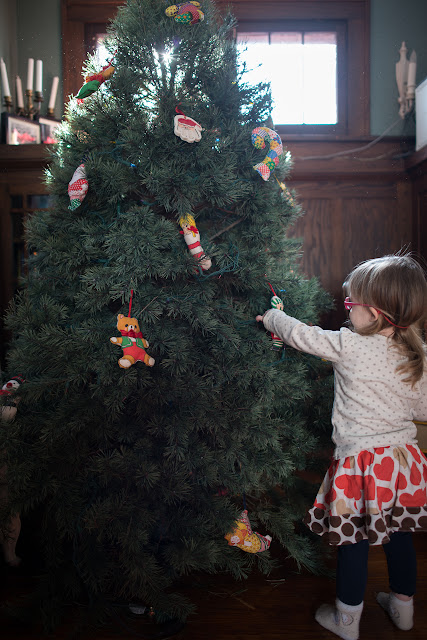 Today's high was supposed to be around -15. With Scott not feeling well and the cold temps we really had no plans for the day. Meadow helped me un-decorate the tree. Once Scott feels better we will take it out. 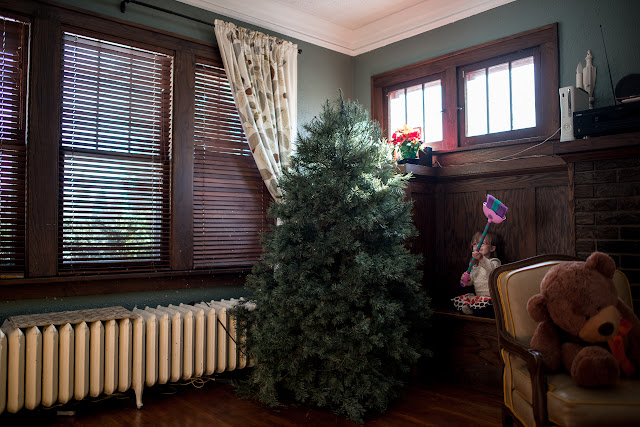 Since this tree has gotten so dry pine needles were everywhere. Meadow "helped" me sweep. 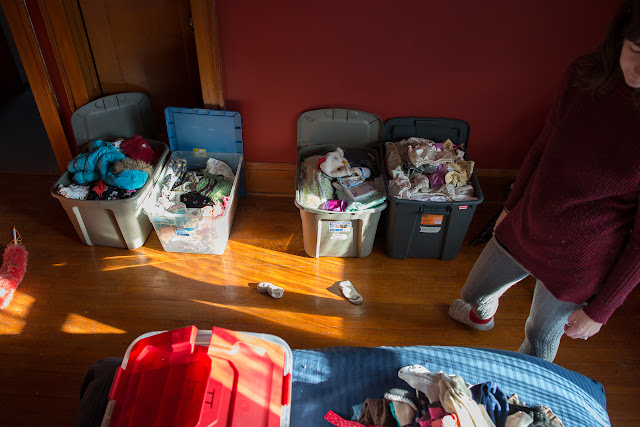 Every year, after the Christmas decorations are put away, I go through and reorganize our storage closets. Meadow's too big and too small clothing had gotten out of control. I reorganized all her clothing by size and labeled the containers. Looking at all her tiny clothing brought back a lot of memories.

Then I gave Meadow's bangs a much needed trim.

I watched the Packers game while Meadow and Brooke played let's pretend to nibble on moms nose.

Smoothie season is back.

Meadow went over to the couch and laid down. I asked her if she was ready for bed and she actually said yes. She must have been tired because she didn't finish her smoothie either. 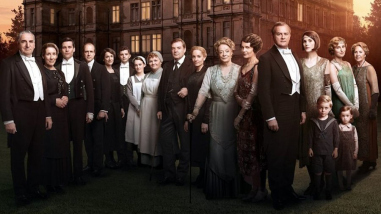 Then we ended the night with my favorite winter show, Downton Abbey.

A few days later I was feeling better and it finally got above zero degrees. I thought I should take Meadow for an adventure. I put her in the bike trailer and brought our sleds along for the ride.

We found all the secret paths through the woods of Theo Wirth.

About here Meadow said she wanted to get home. Unfortunately our off the beaten path sled hike forced us up a big hill. Meadow cried the entire time. At least we got outside for once.