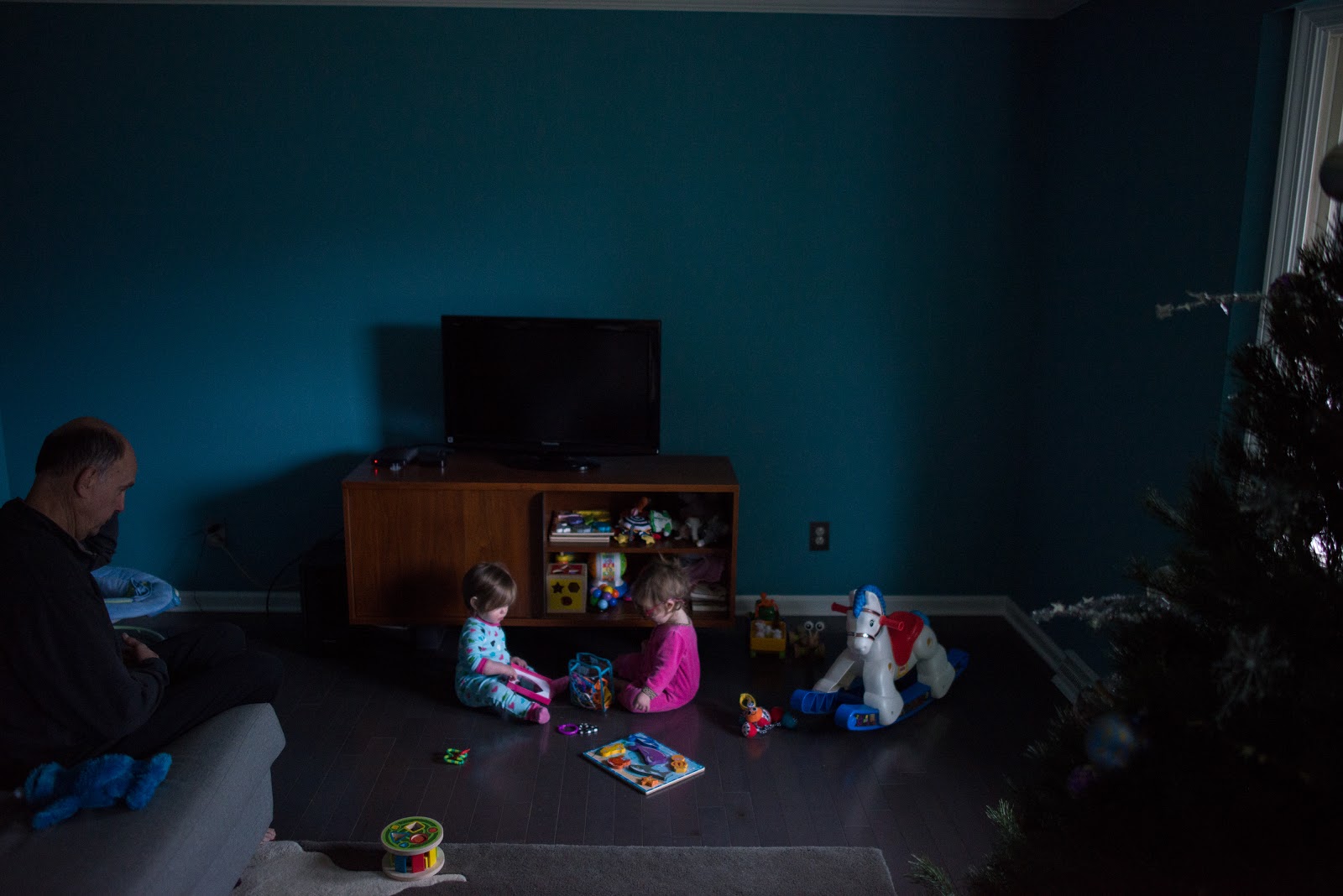 I had forgotten that Katrina's house is an hour ahead.

I think she means that she lives in the eastern time zone, but perhaps its just the house.

We didn't get in until 11:30. When Simone woke up she was happy to have a playmate. 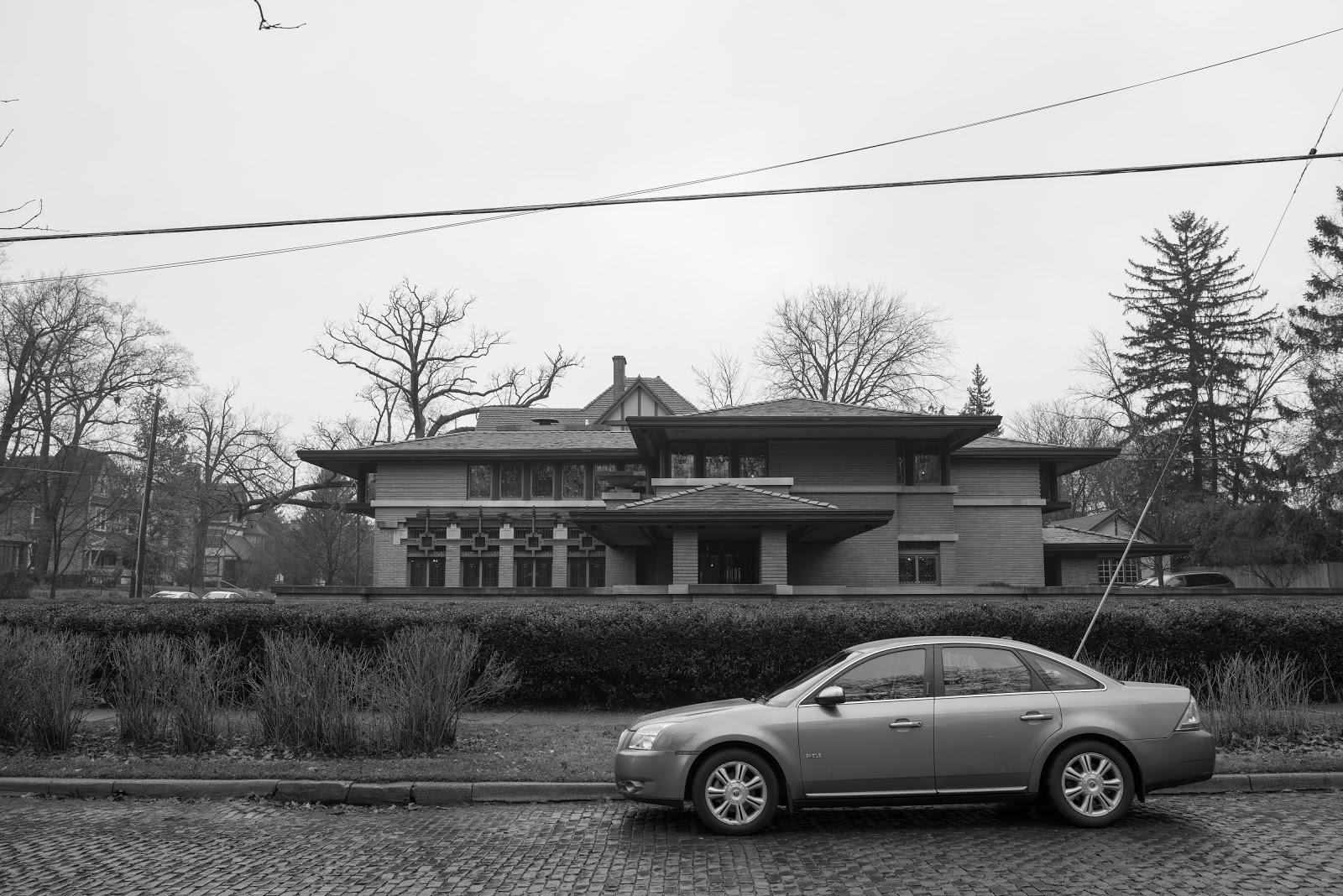 While looking at the Grand Rapids portion of our atlas I saw a marker for the Meyer May House. I was hoping it was a home we could tour. When I did a quick Google search I found it was a Frank Lloyd Wright home and it was free! While Simone had a doctors appointment we headed over to the Heritage Hill neighborhood.

Not a bad stopgap measure. 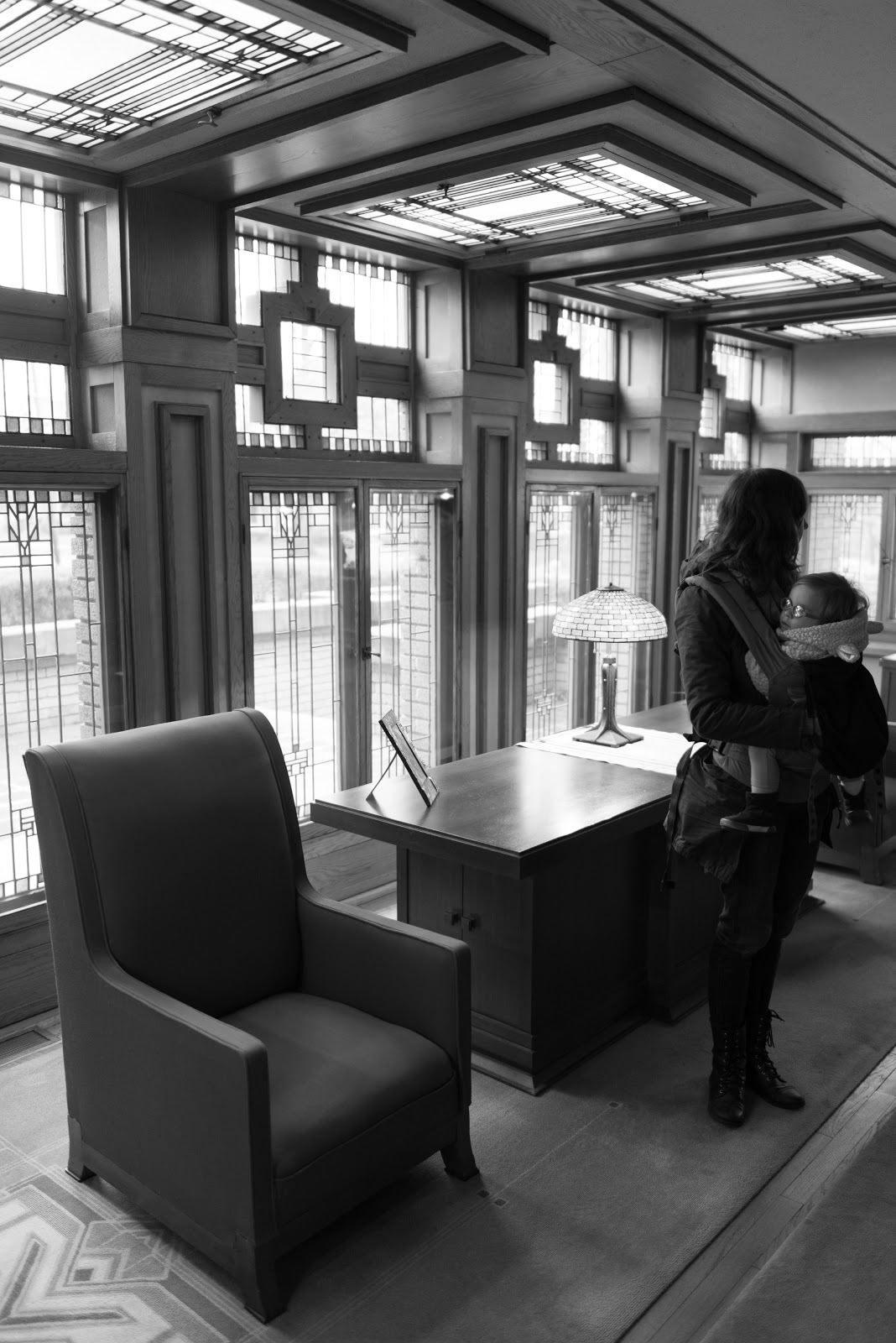 This home was to be demolished in the 80's because it had fallen into disrepair. A local furniture company, Steelcase, had purchased the home and completely restored the whole thing. Including knocking down an addition to the house that was added on in the 30's.

They reused all the bricks and wood in the restoration work. 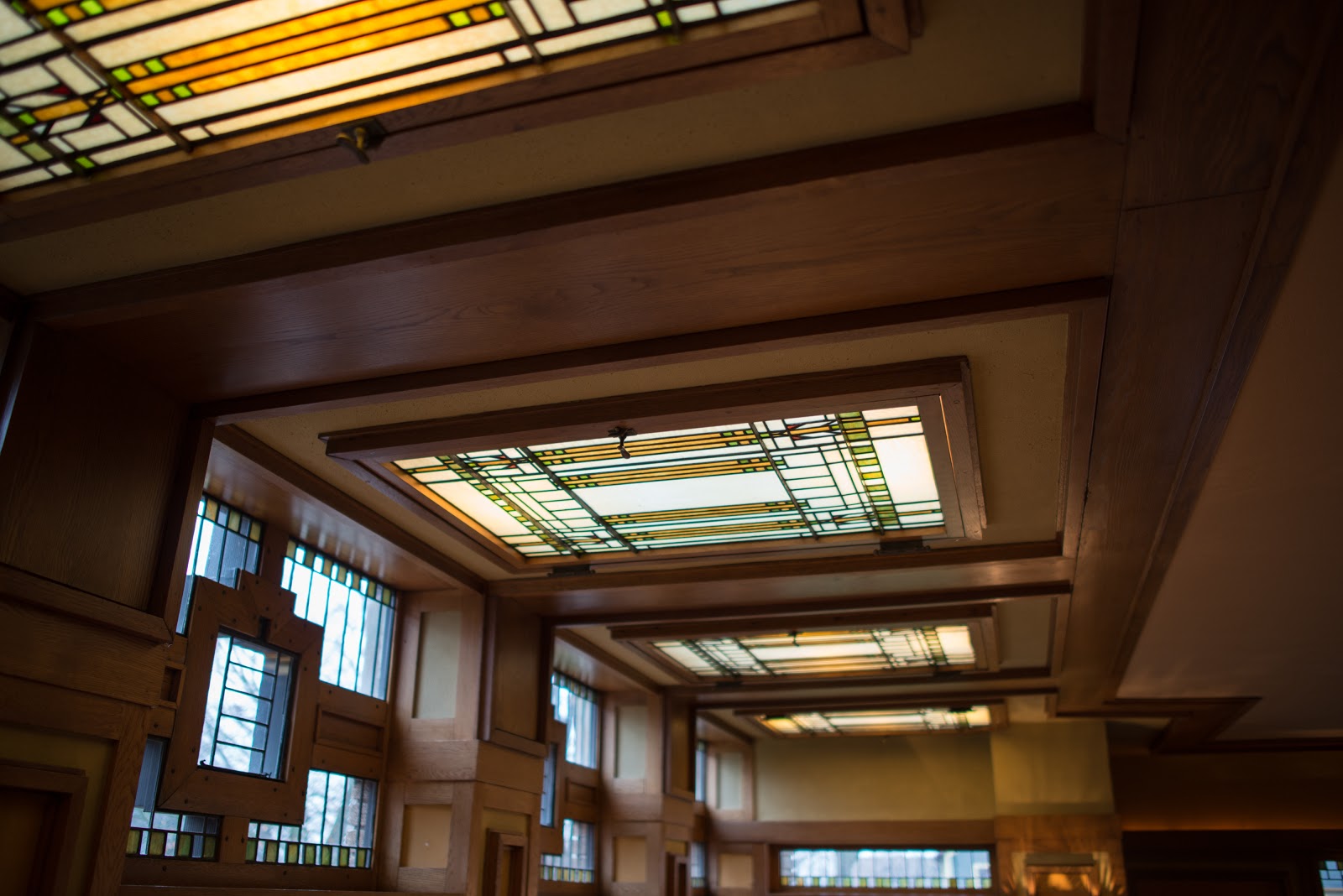 Meadow didn't make a peep during the video about the restoration, but once we got inside and stayed in the same area for too long she started getting antsy. She kept pulling my hair and laughing. I was worried we were annoying the others. Later people kept saying how happy Meadow was during the tour. So I guess we weren't too annoying. 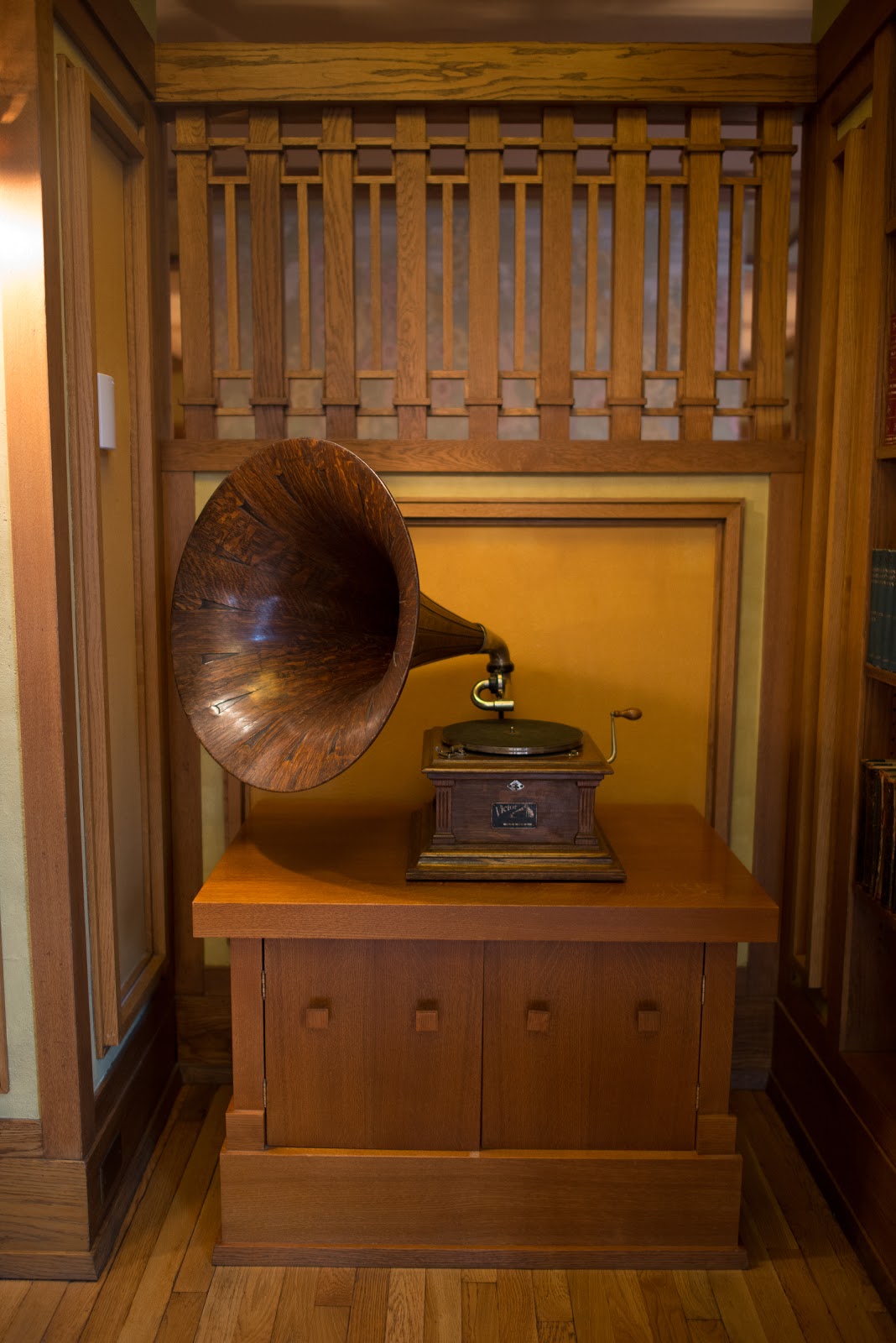 The original owners asked Wright to design a table for their Victrola to sit on.

That Victrola is amazing. 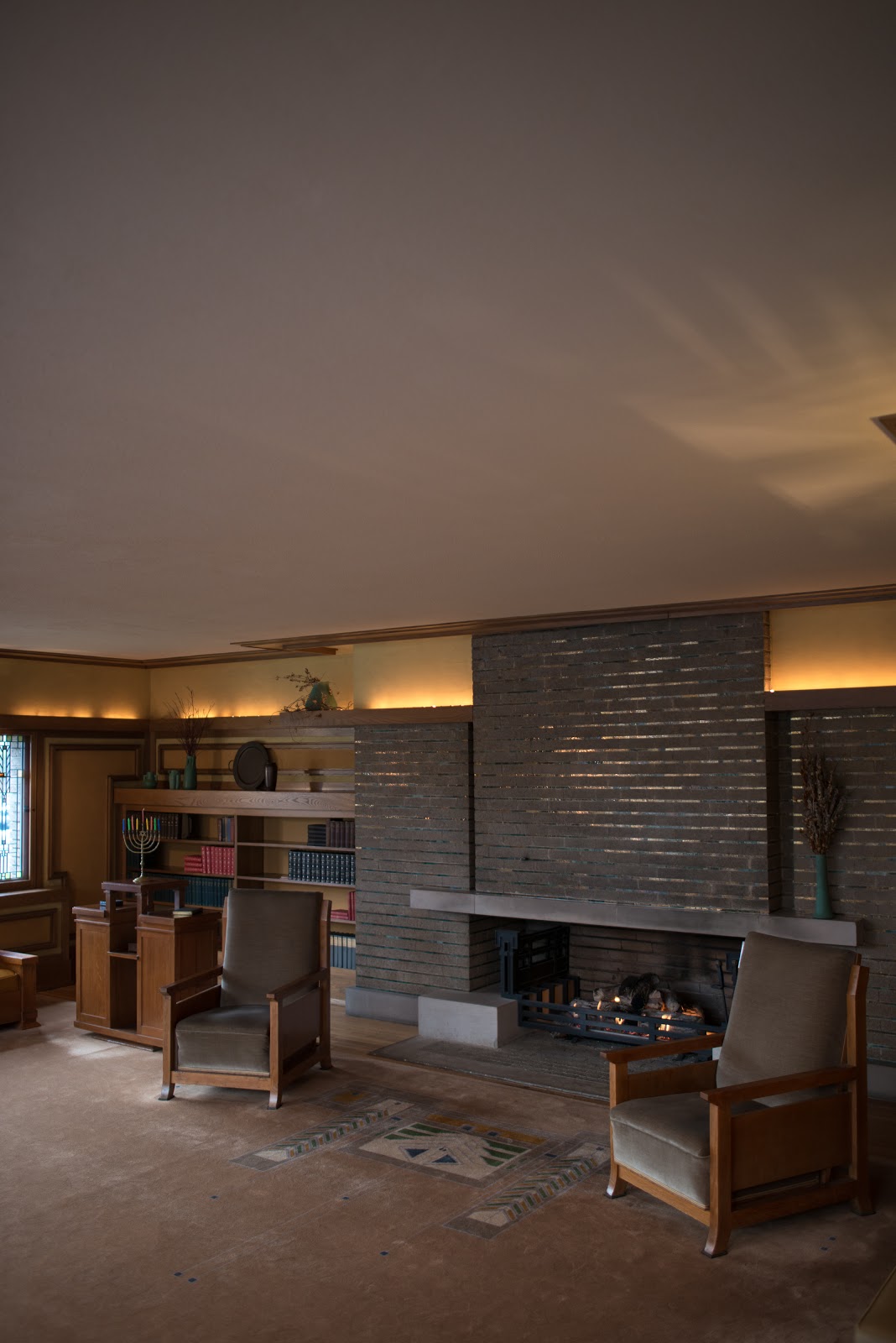 The whole restoration was done with careful detail. Even the rugs were done by hand one line at a time. 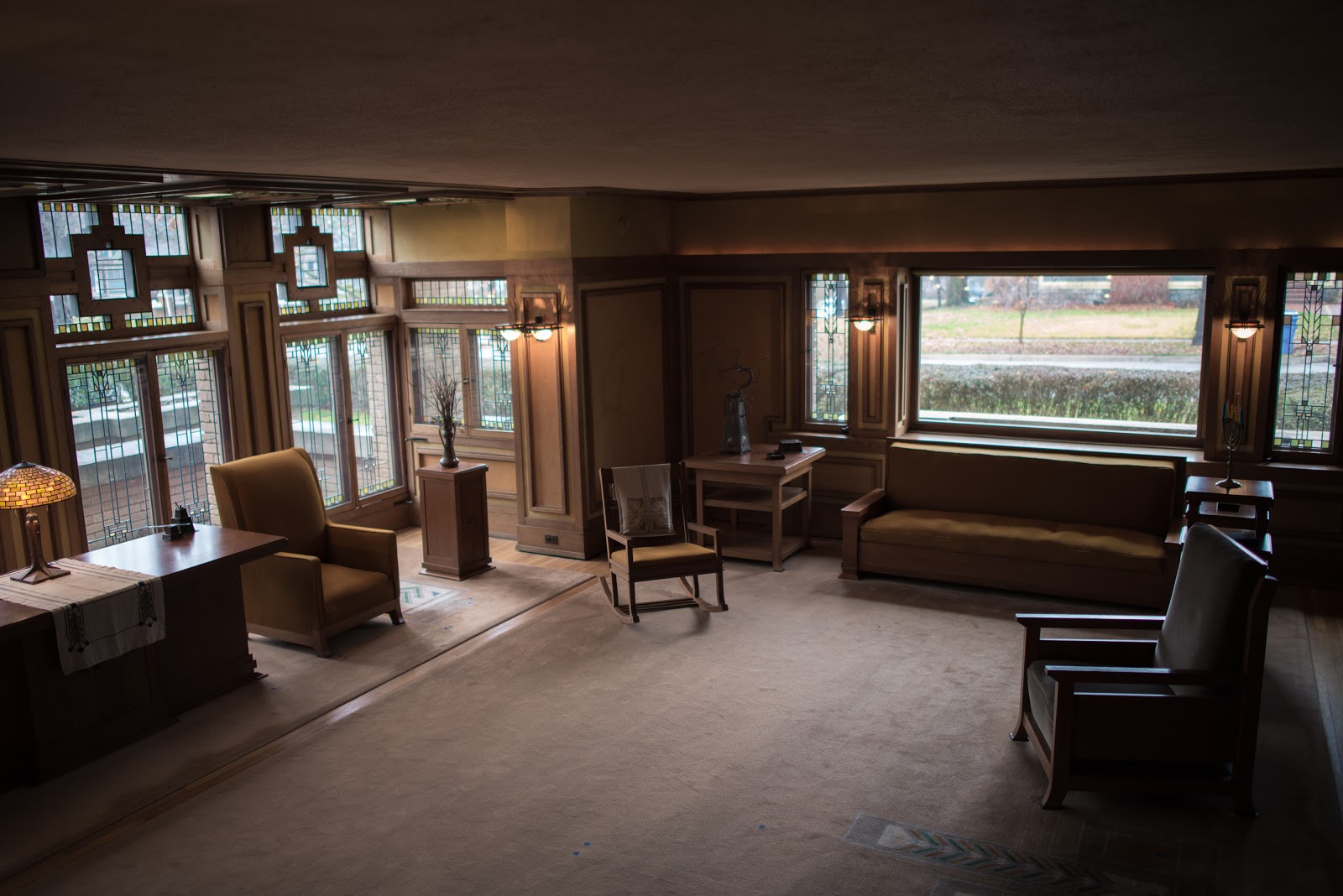 They talked about how it was designed for the very short Meyer May. It was actually one of the taller Wright building ceilings I've seen. 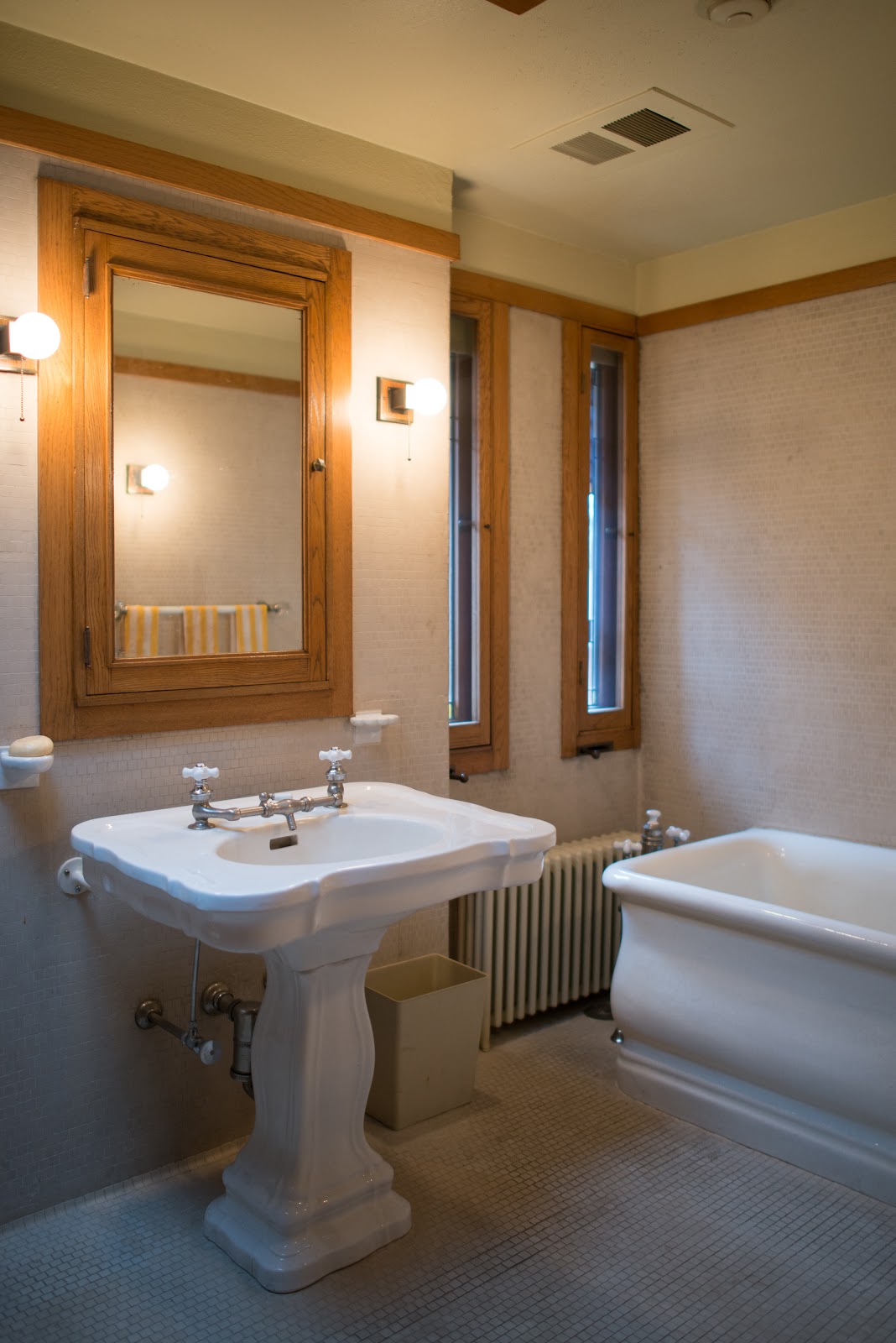 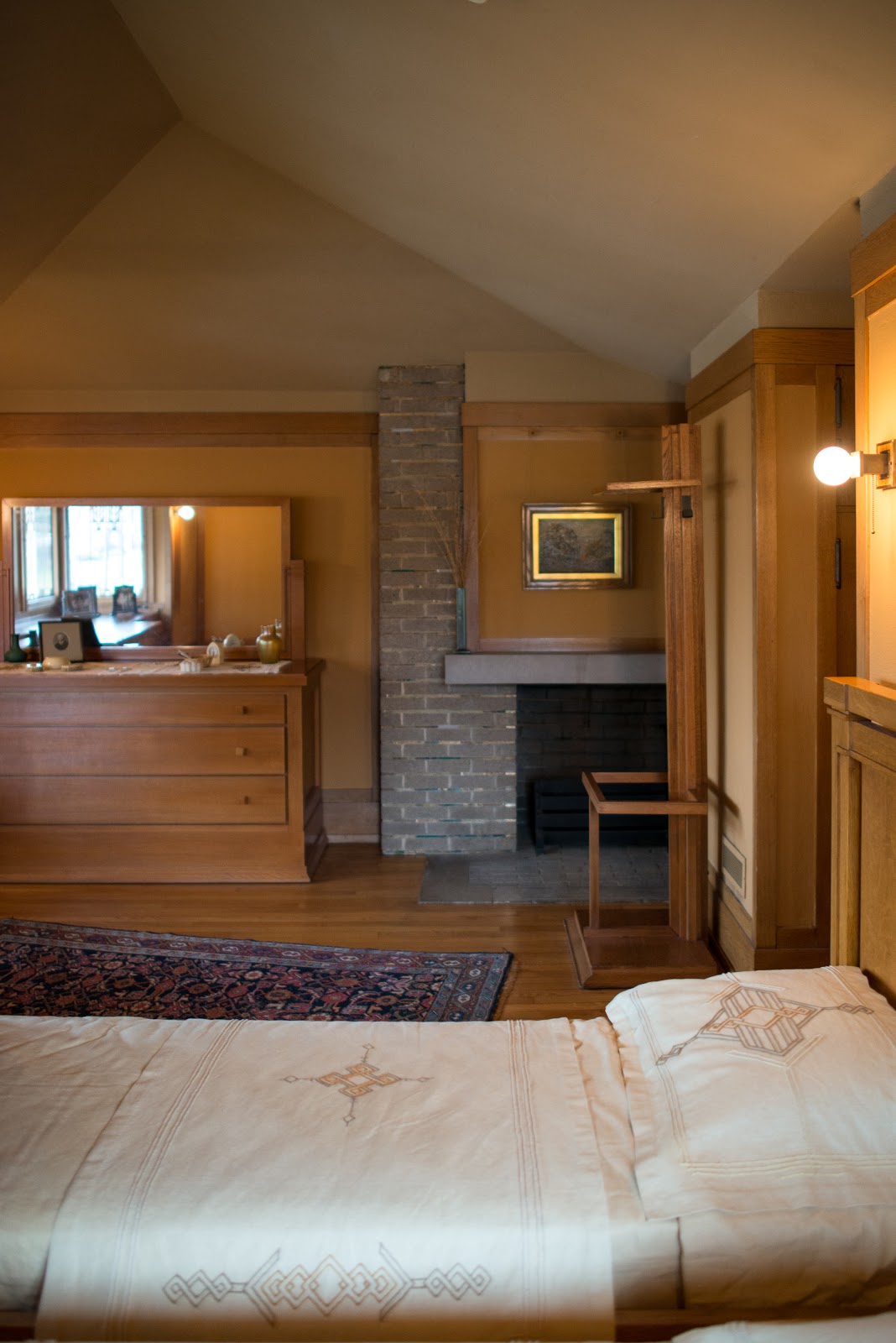 For being 3,000 square feet the home seemed like a modest size to live in. 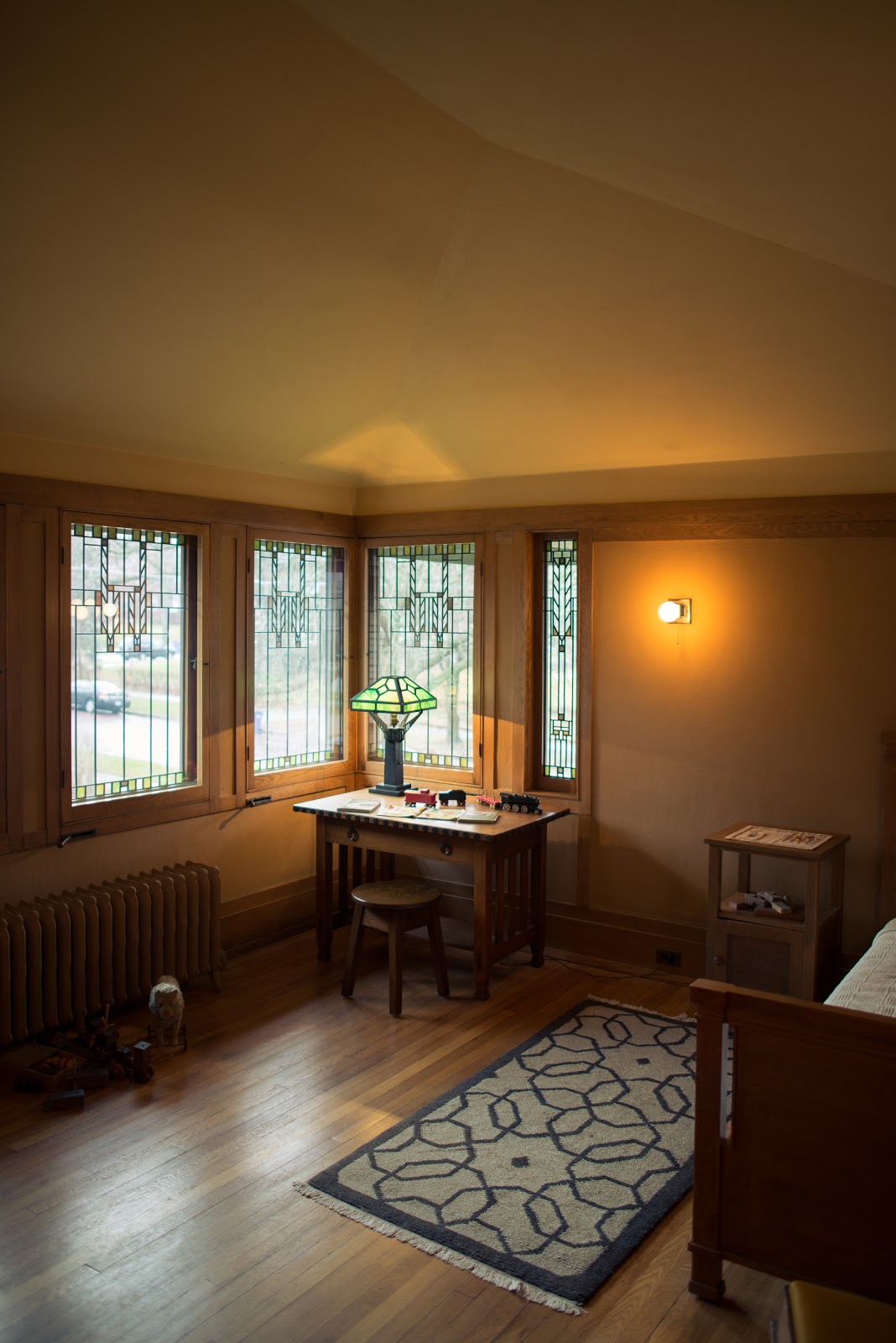 The rooms were quaint and homey. 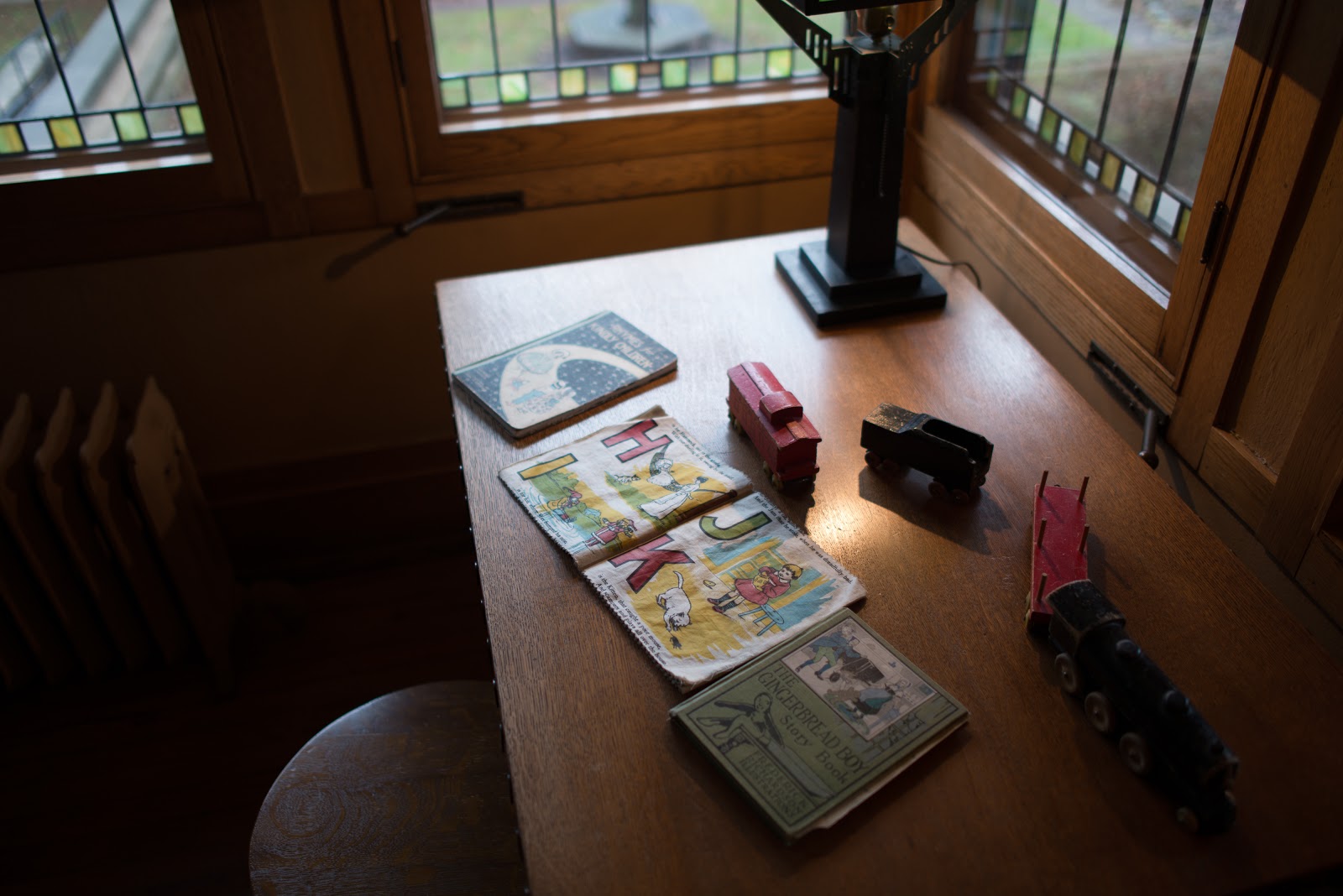 Meadow wanted to play with the kids toys. 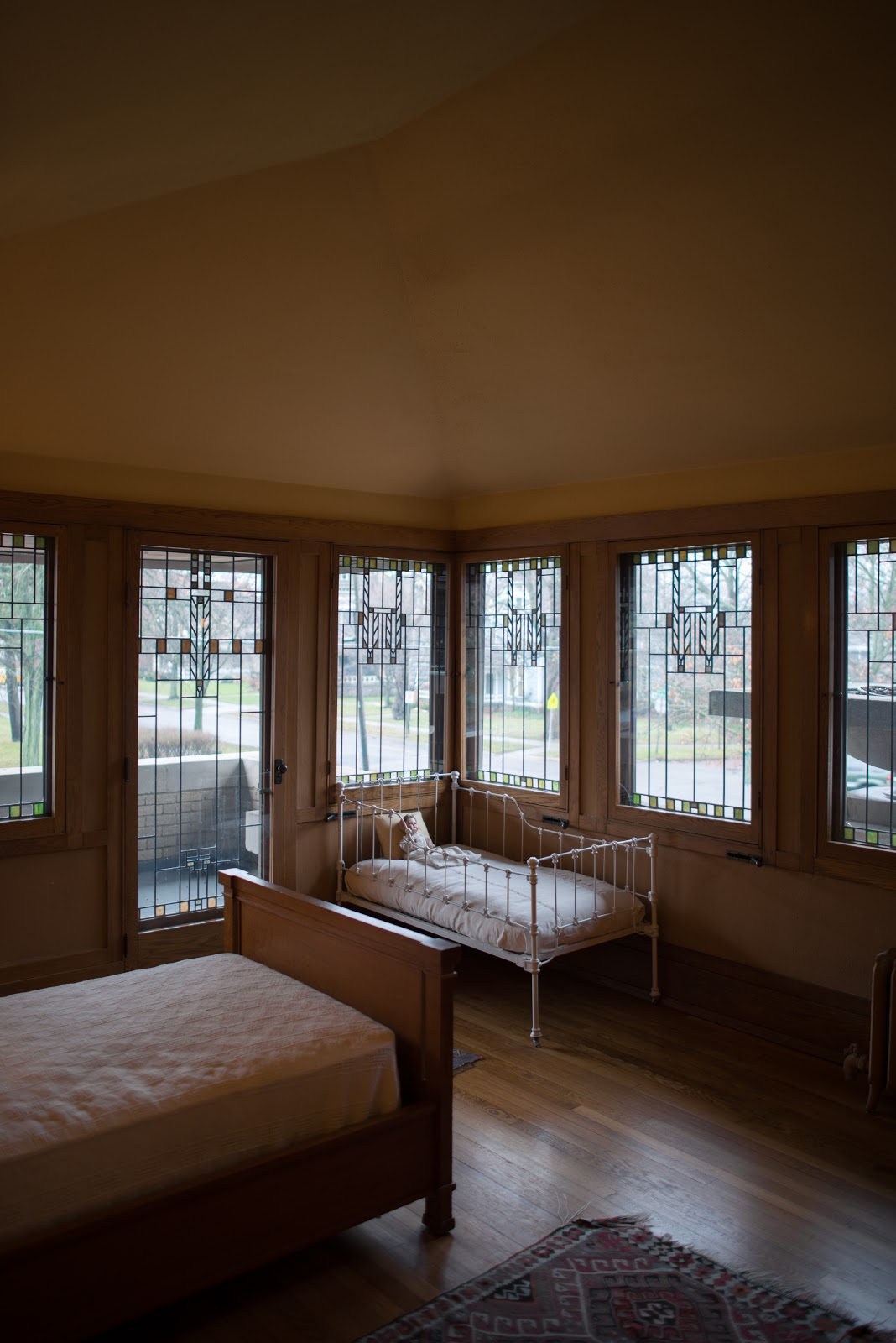 I will take this room, thanks. 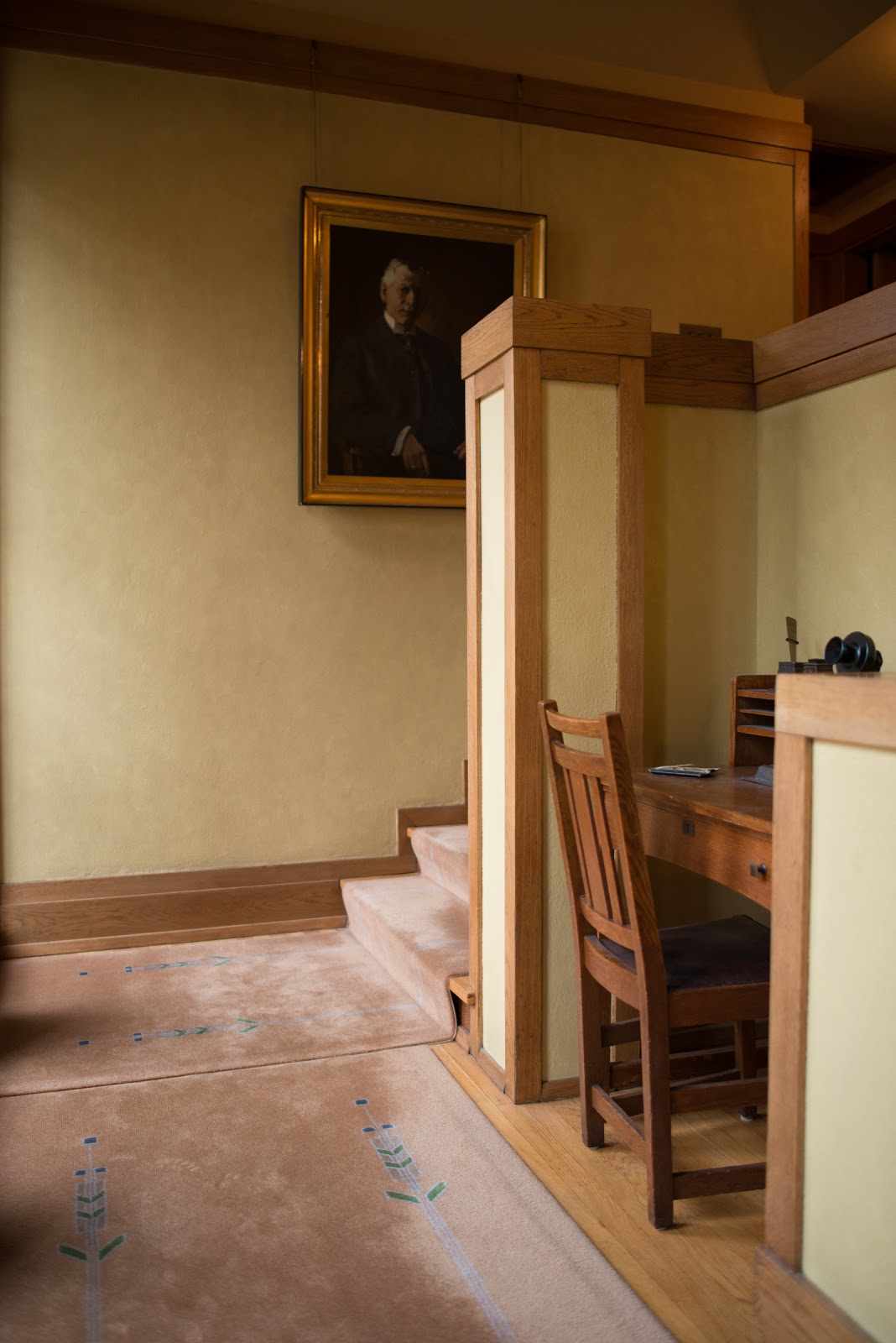 This space for an office along the staircase was my favorite touch. 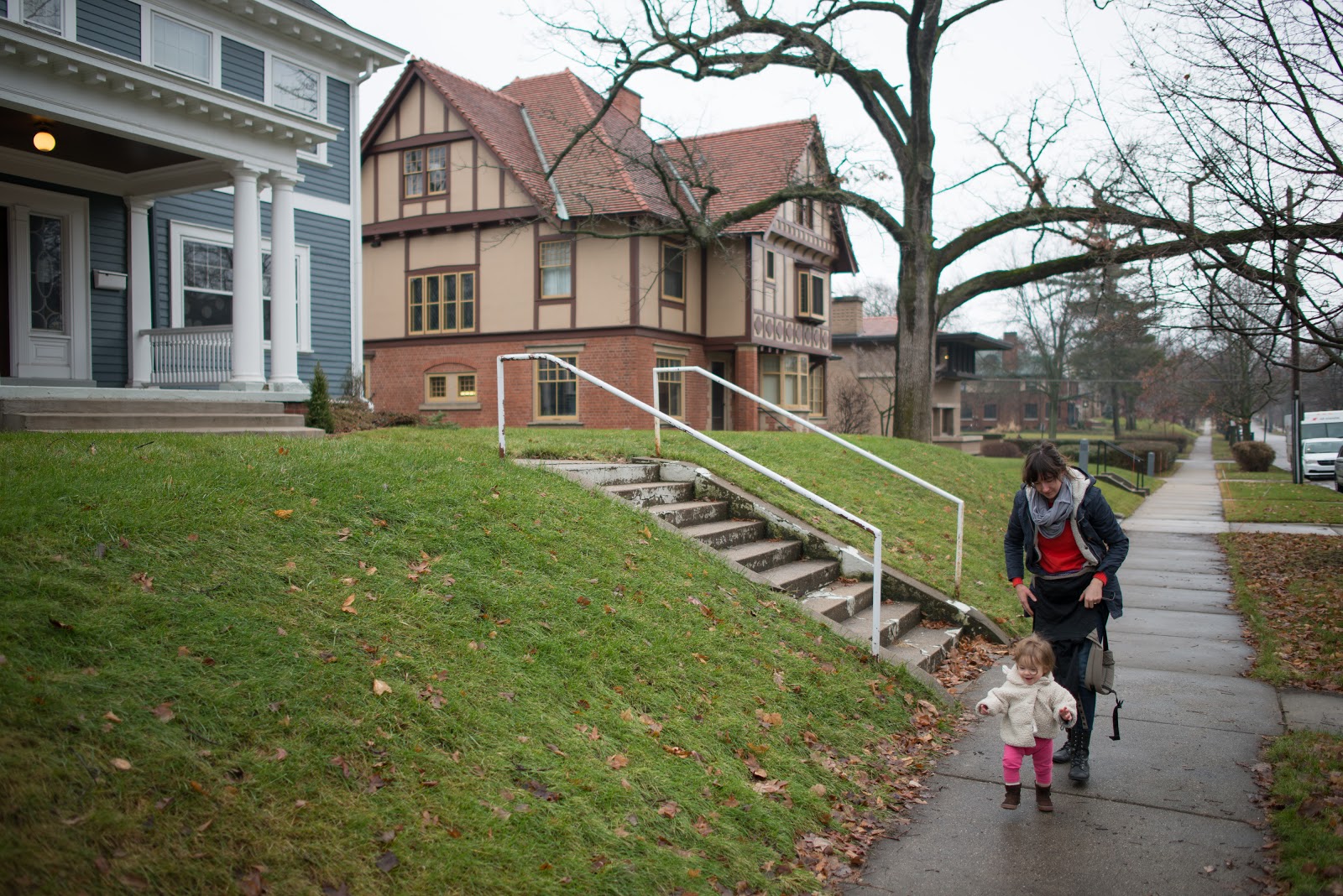 The weather was so mild we let Meadow walk around the block before we headed back. 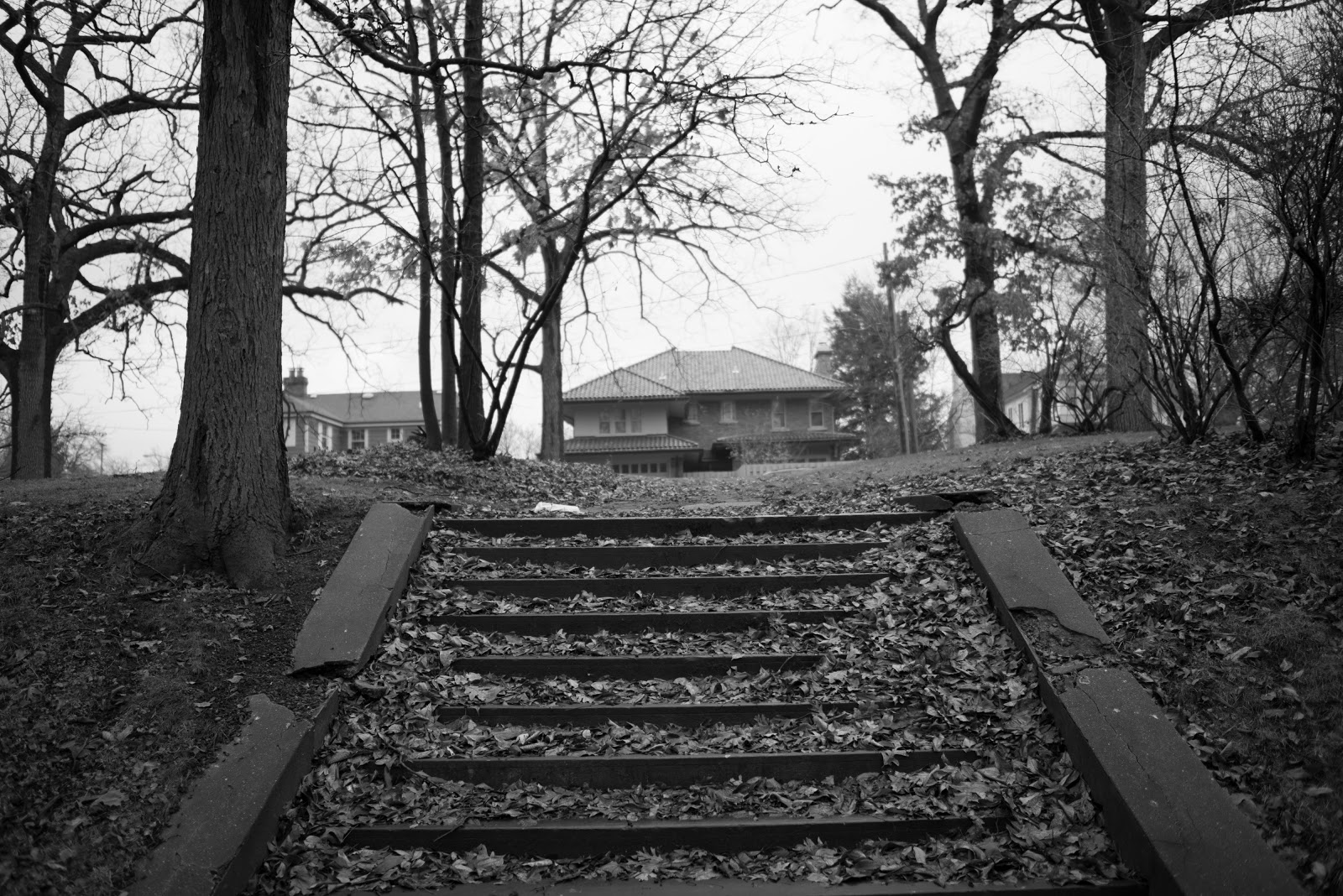 Just down the block were stairs to home that was demolished. It must have missed Heritage Hill's renaissance. 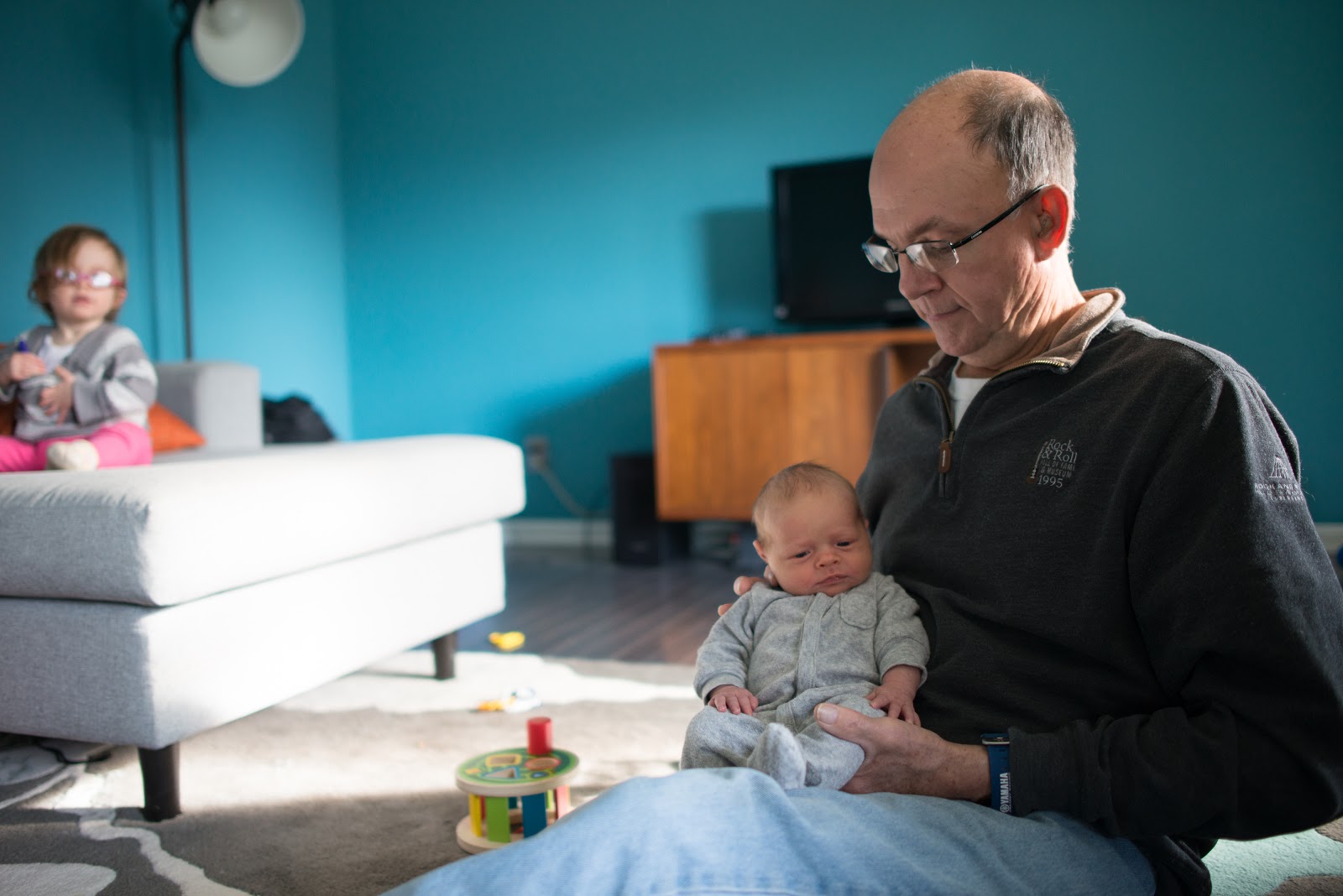 The reason we came to Michigan again this year was because we have a new nephew. Mr Cameron.

Notice Meadow in the background stuffing toys down her shirt. It's her new hobby. 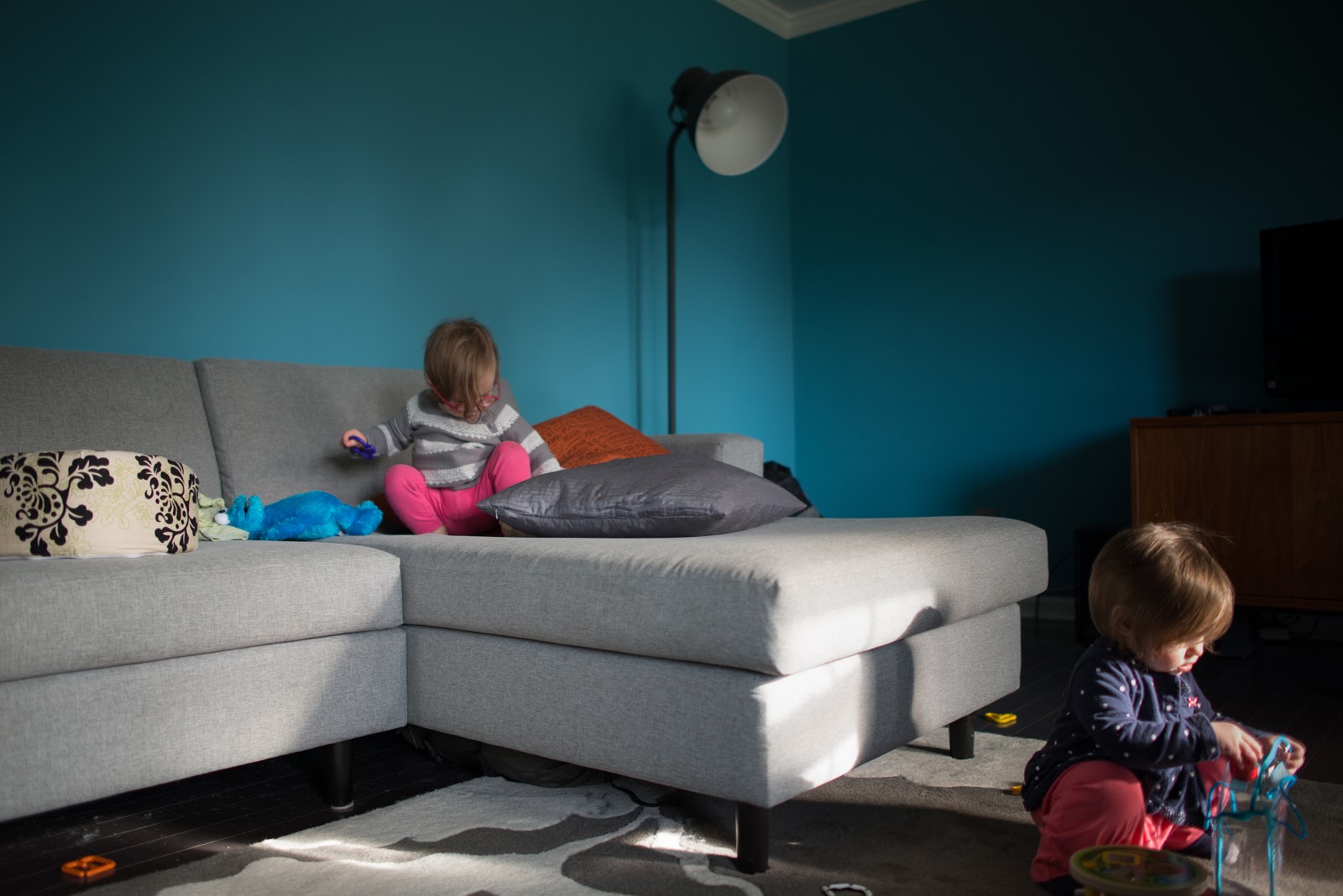 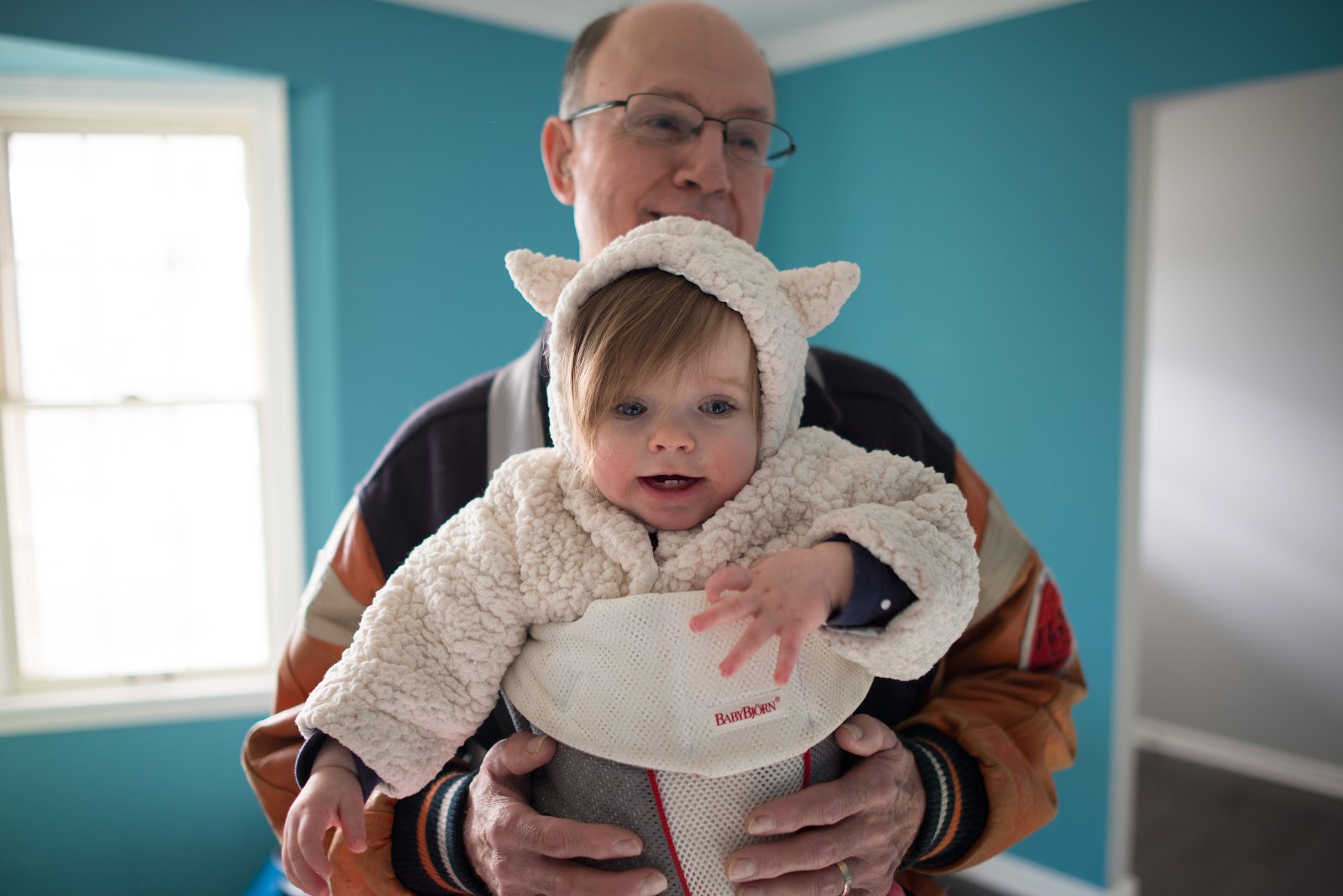 My recently retired pops and mother have spent the last week helping out my sister. My dad, Simone and I decided to go for a walk. We tried to get him to take Simone in the Baby Bjorn, but he opted for a stroller. 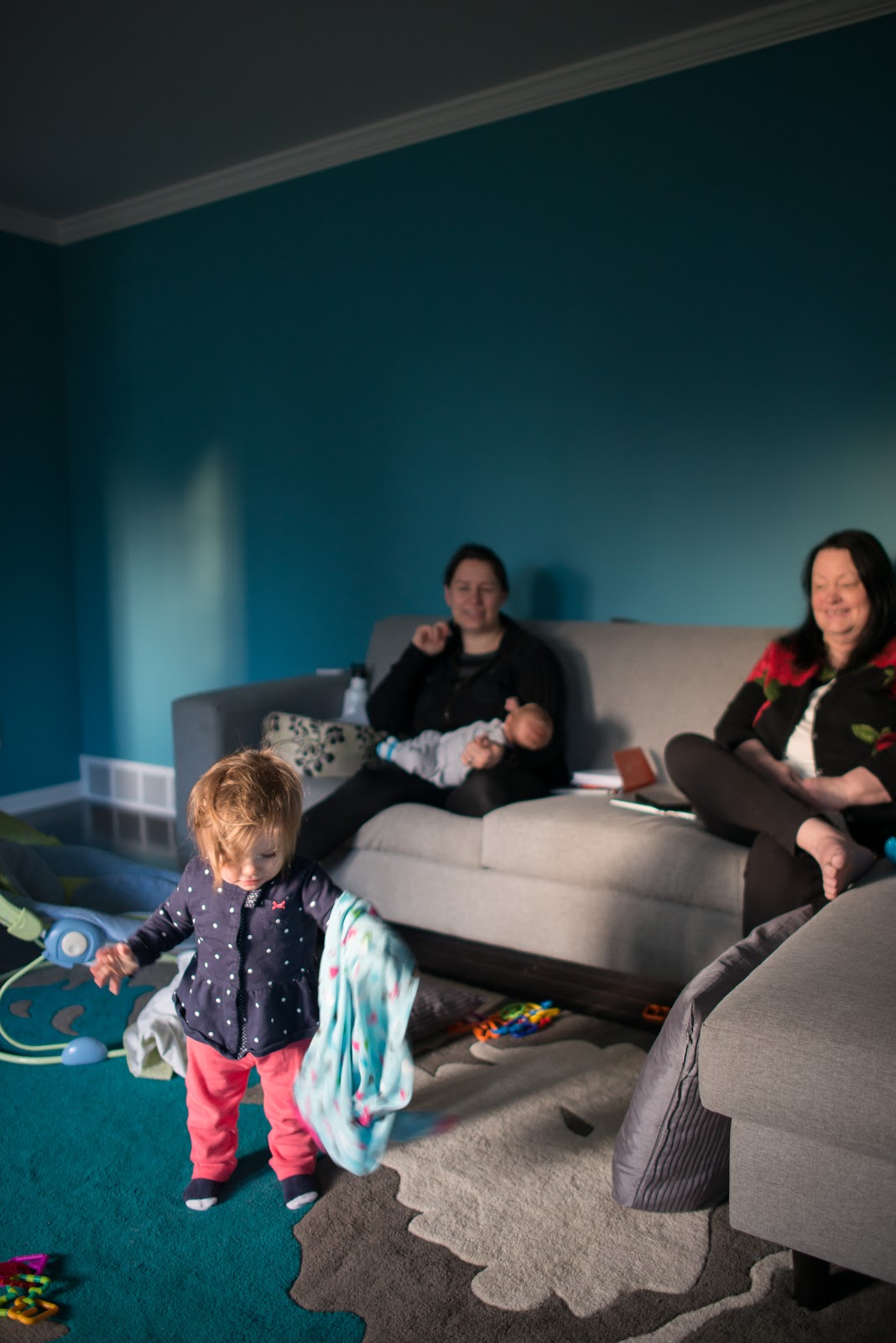 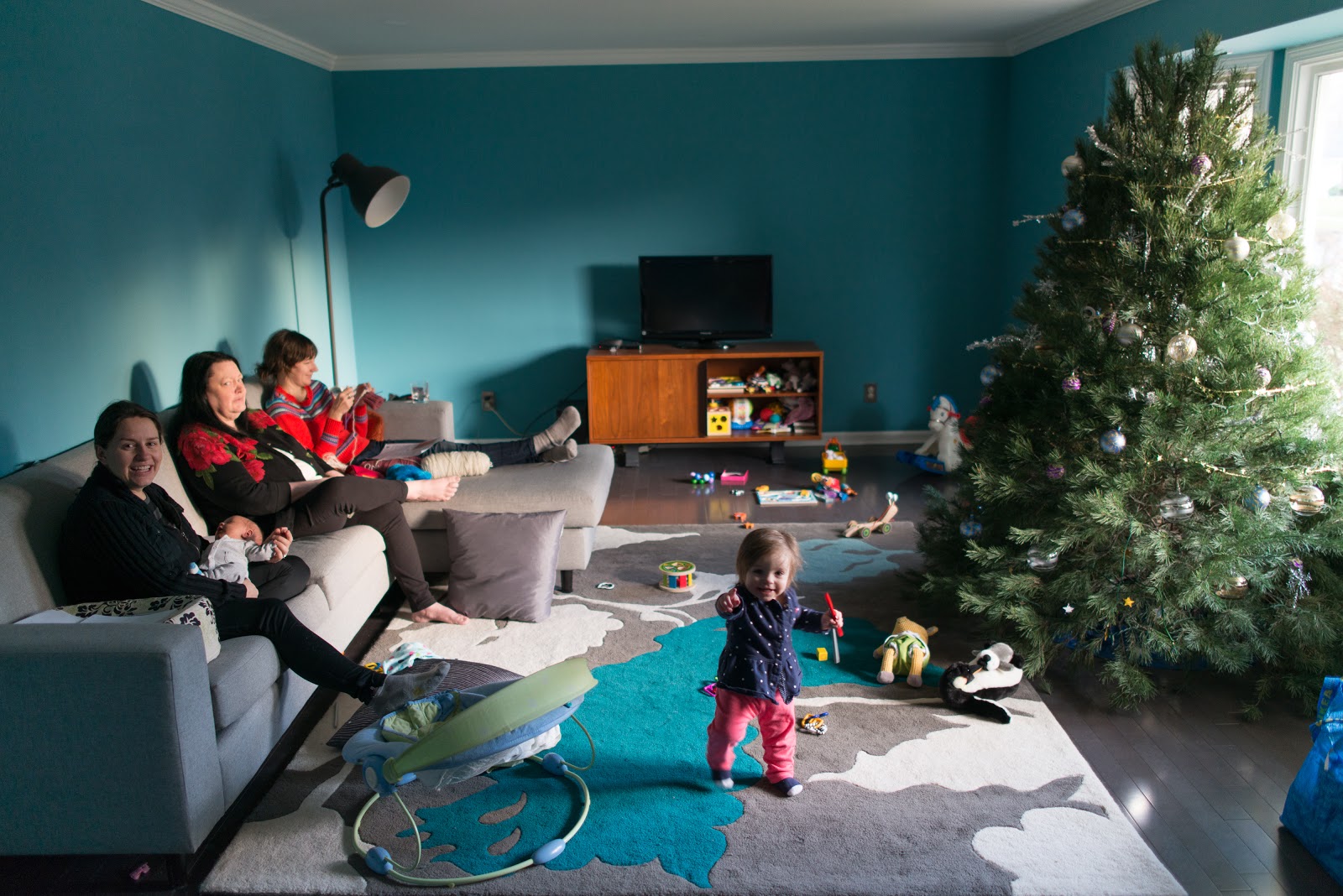 While they were out on a walk we relaxed on the couch. I also love how clean and simple this room is. 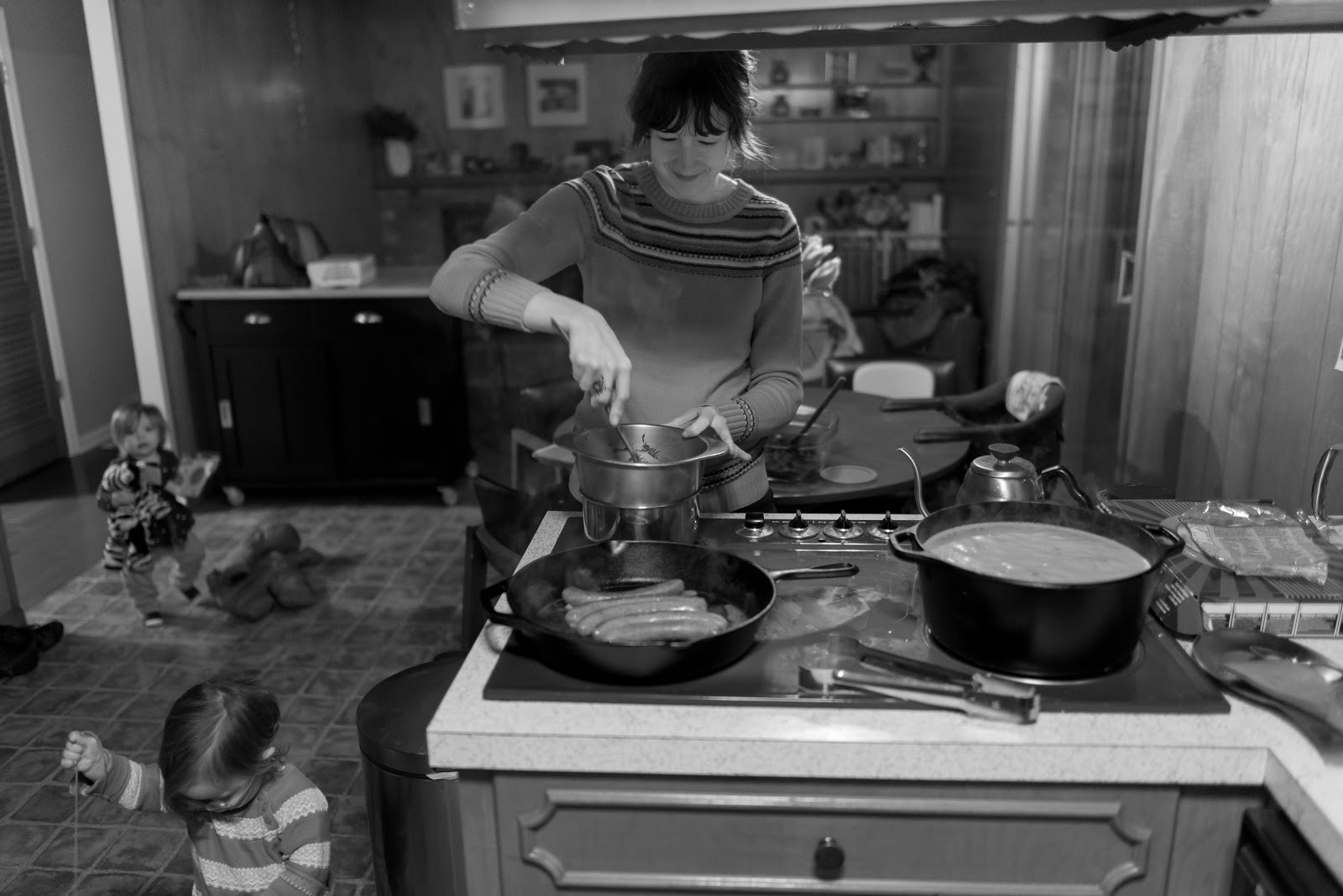 While the girls made a mess Scott and I did some cooking.

I made dinkel soup for the whole family. 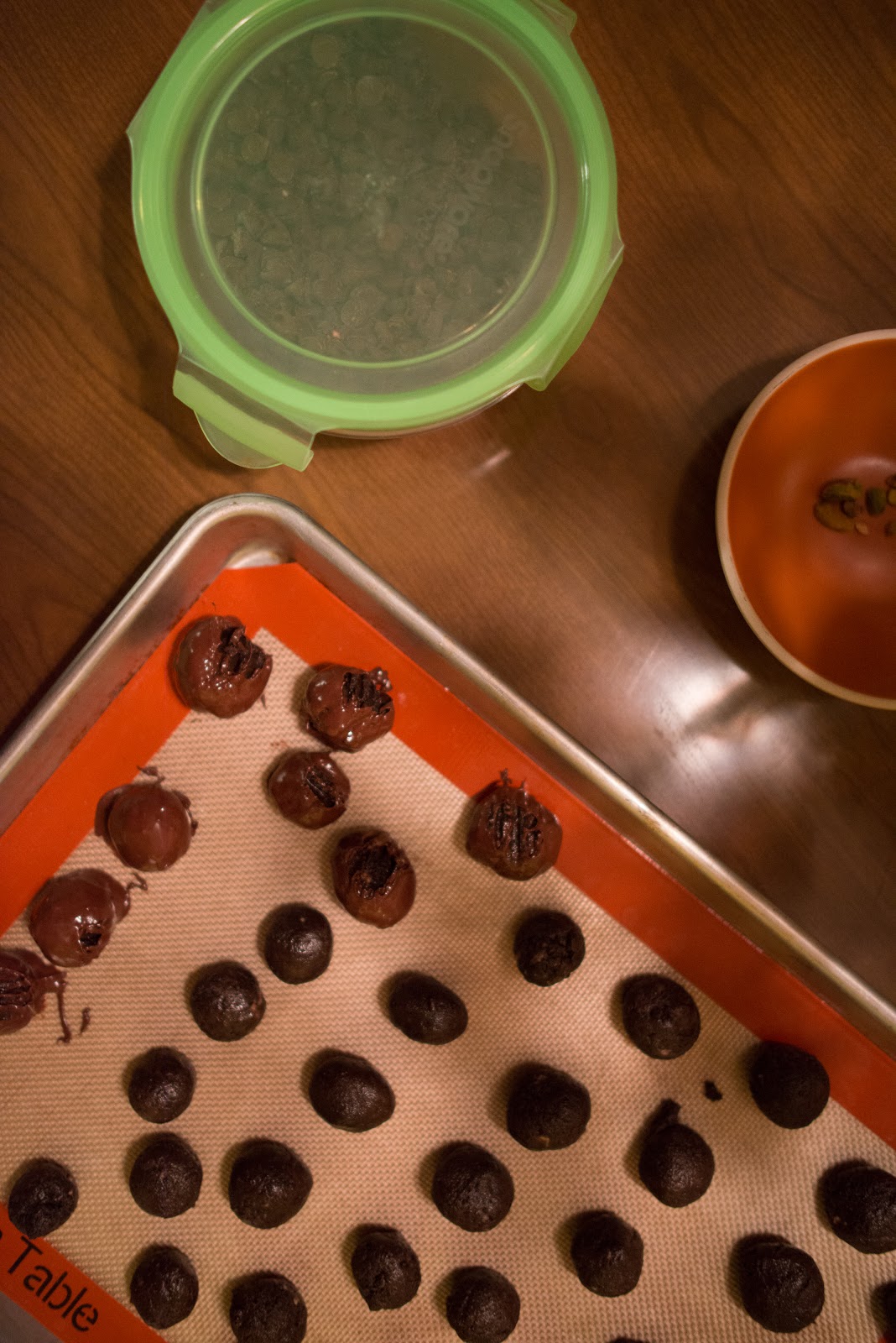 I made my annual Oreo truffles. 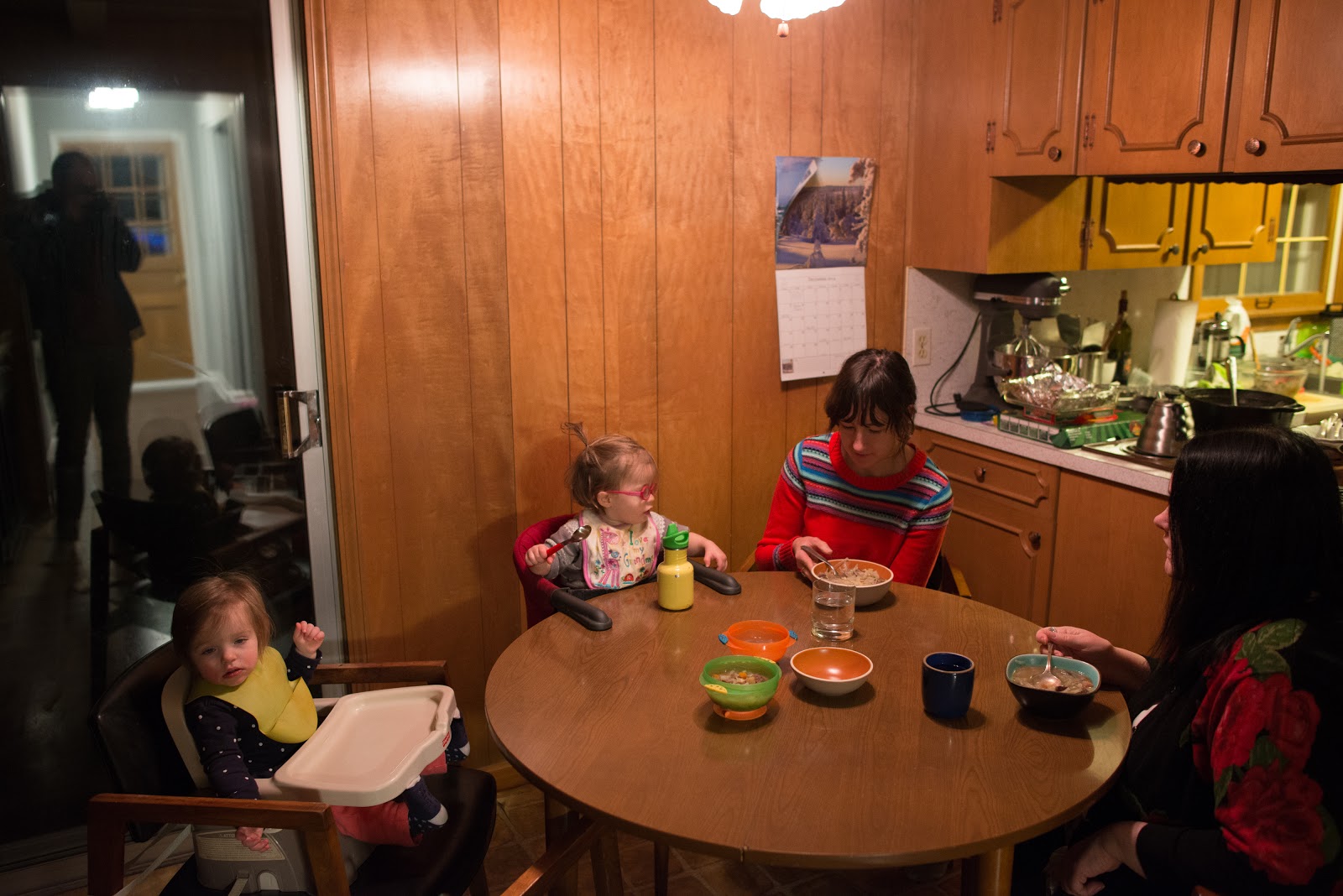 The german soup with Nureinburger Sausage was a big hit. 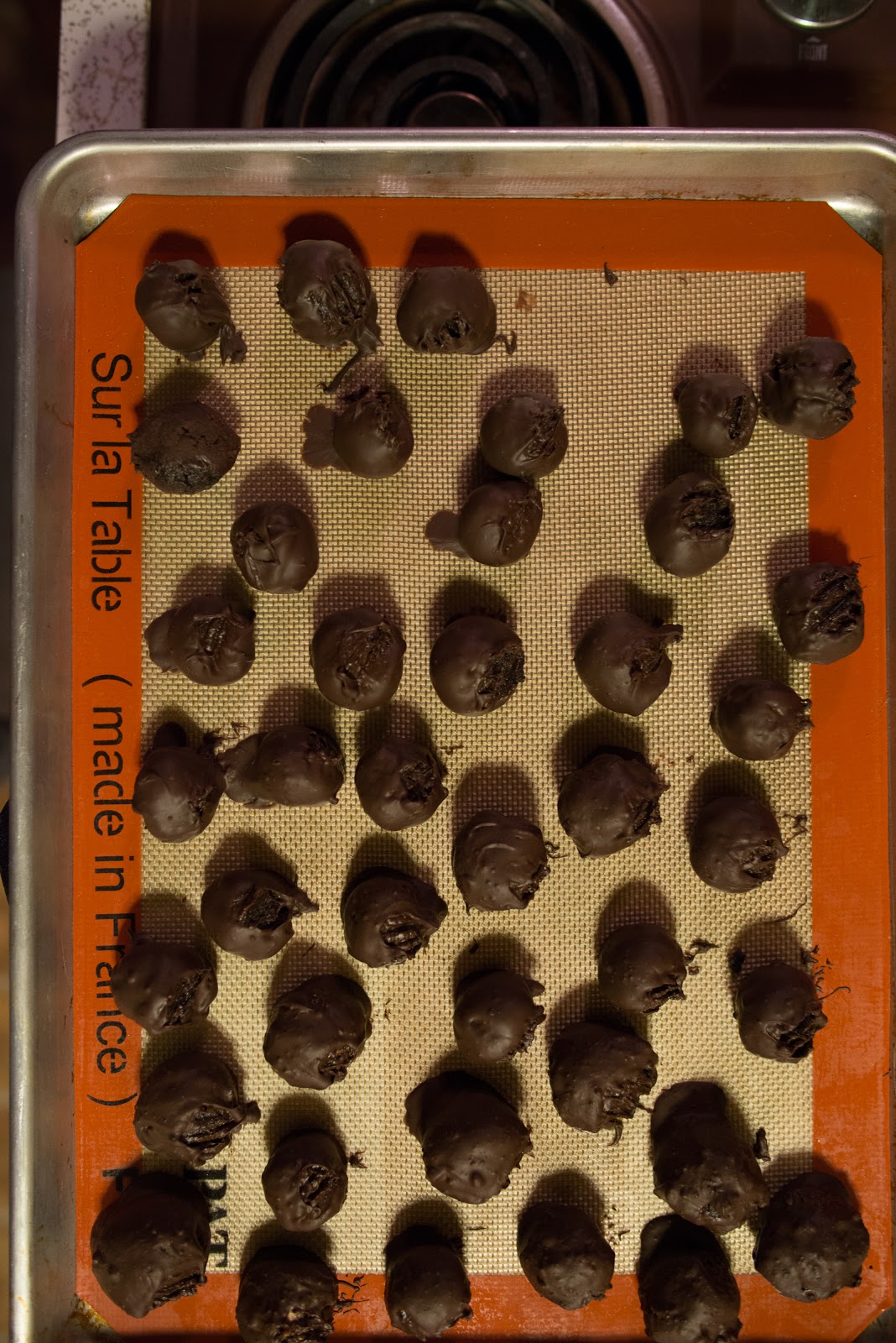 Of course these were popular too. 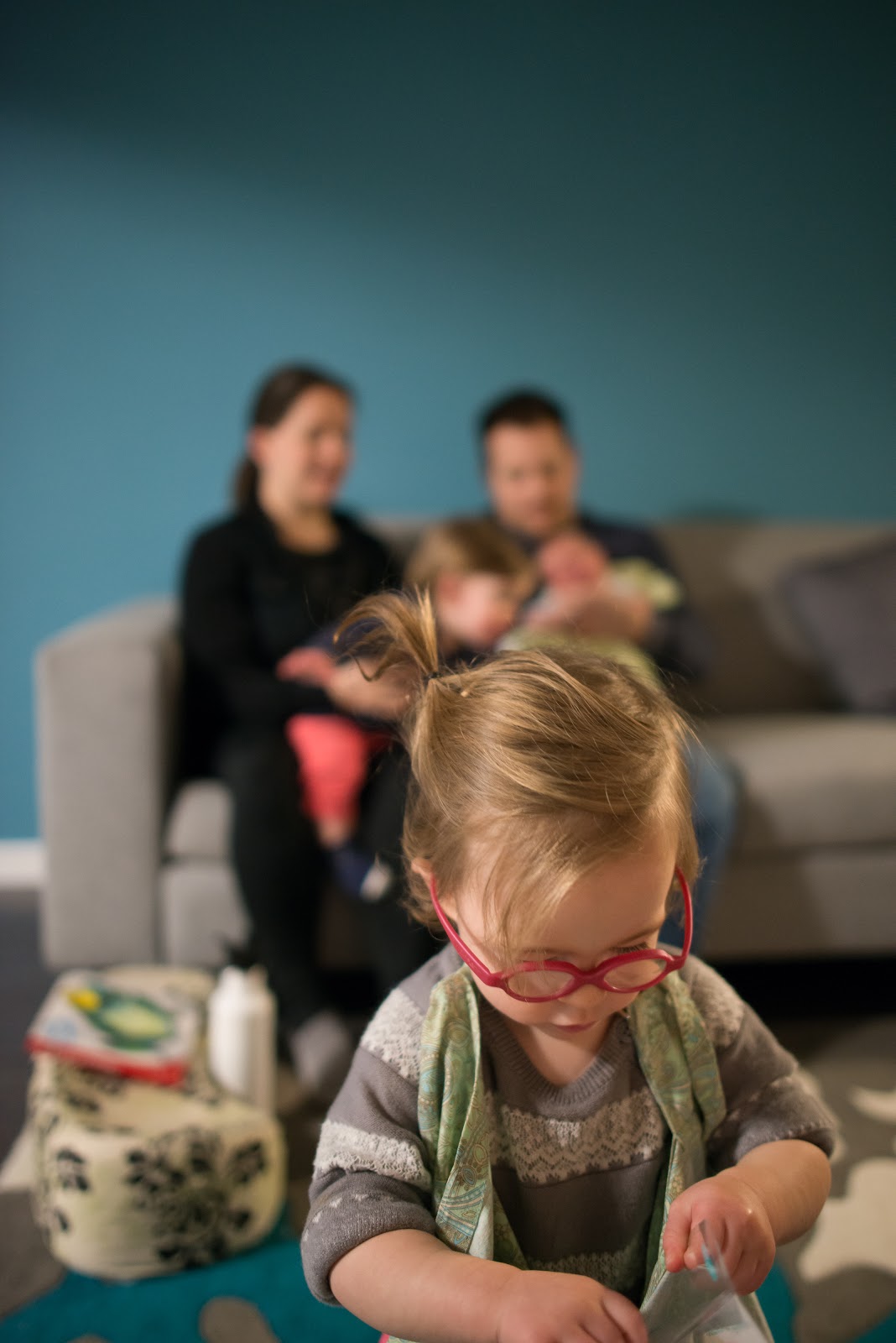 My sister asked me to take a picture of their little family. Meadow wouldn't get out of the way. 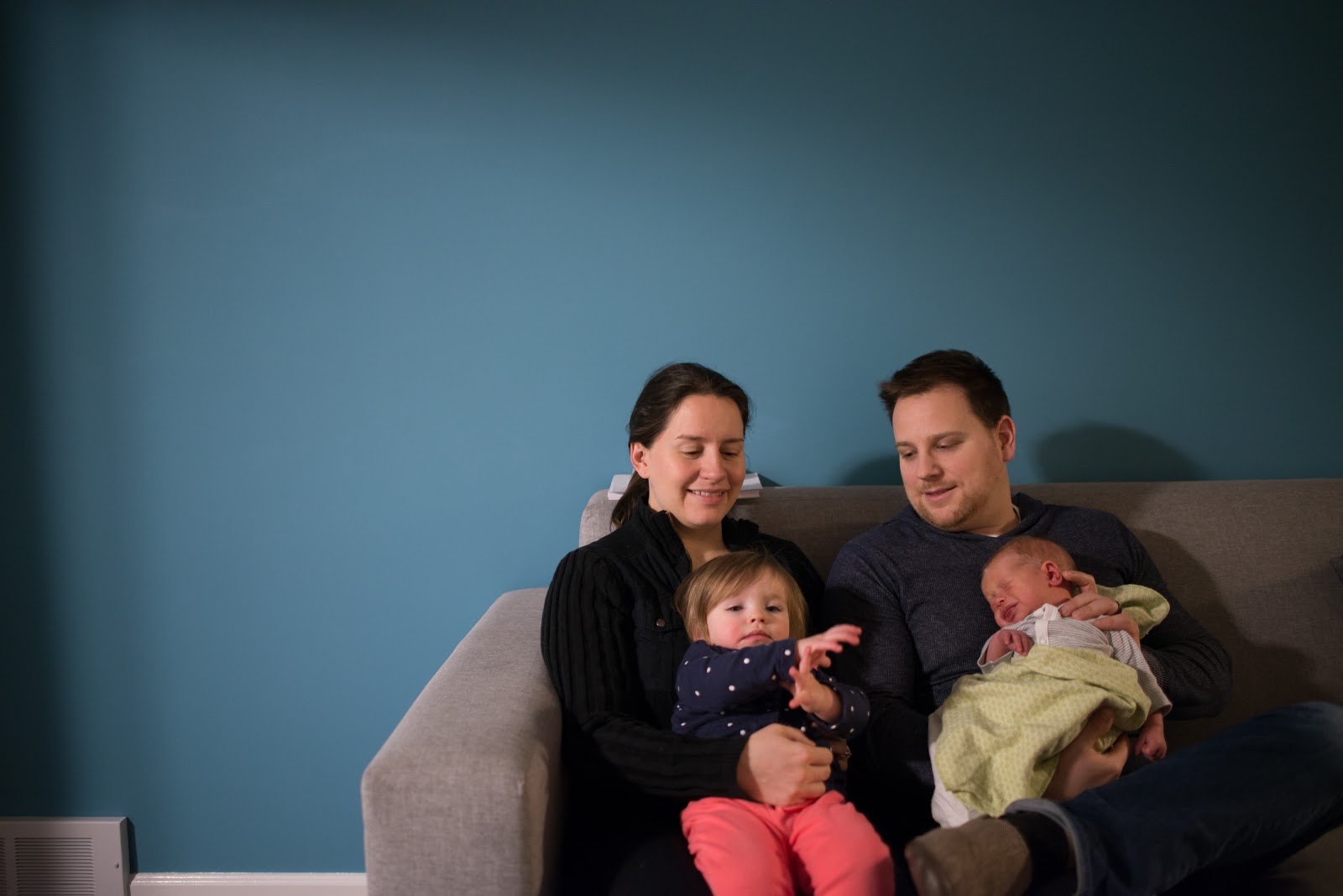 This one turned out okay. 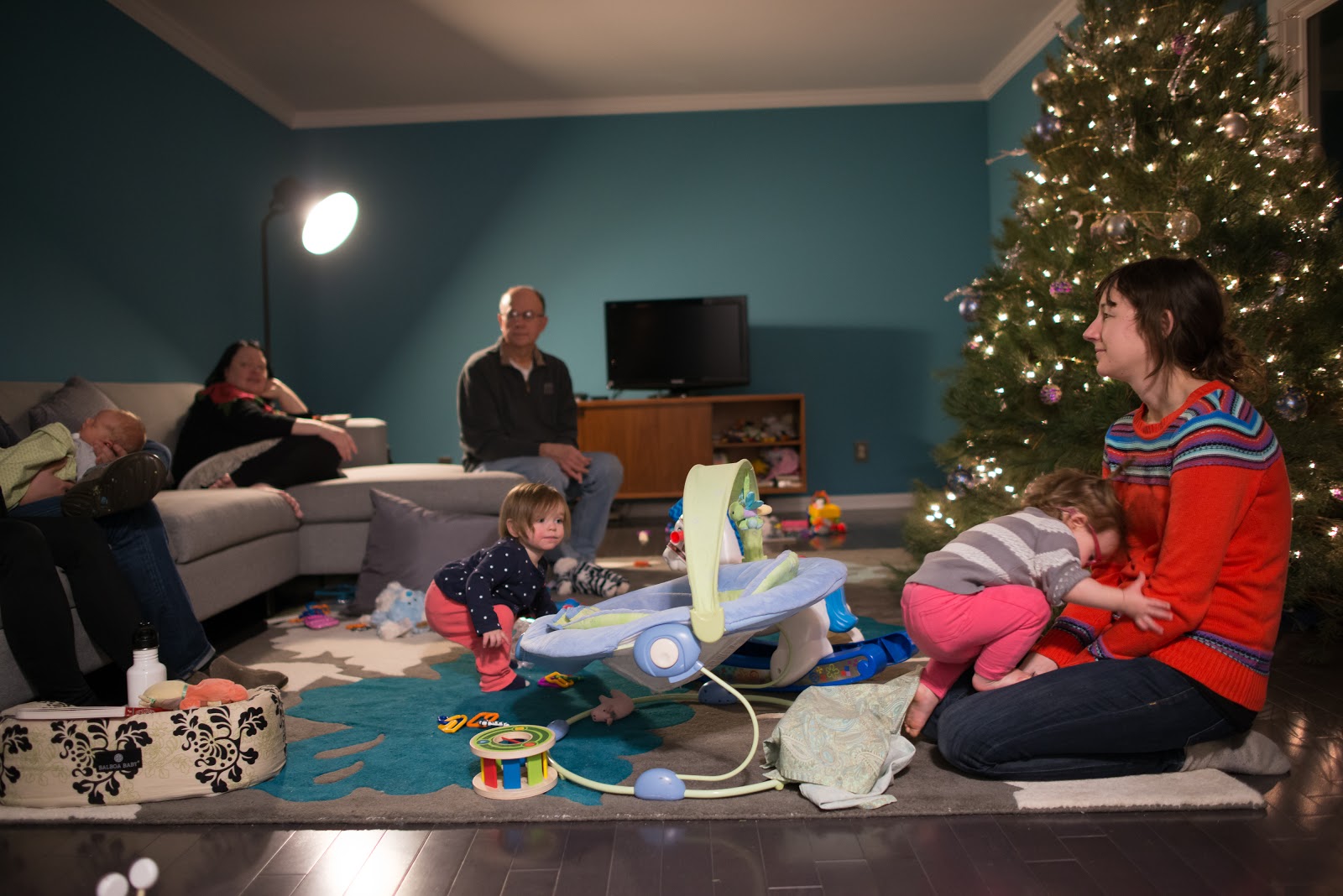 We hung around and chatted until bedtime. 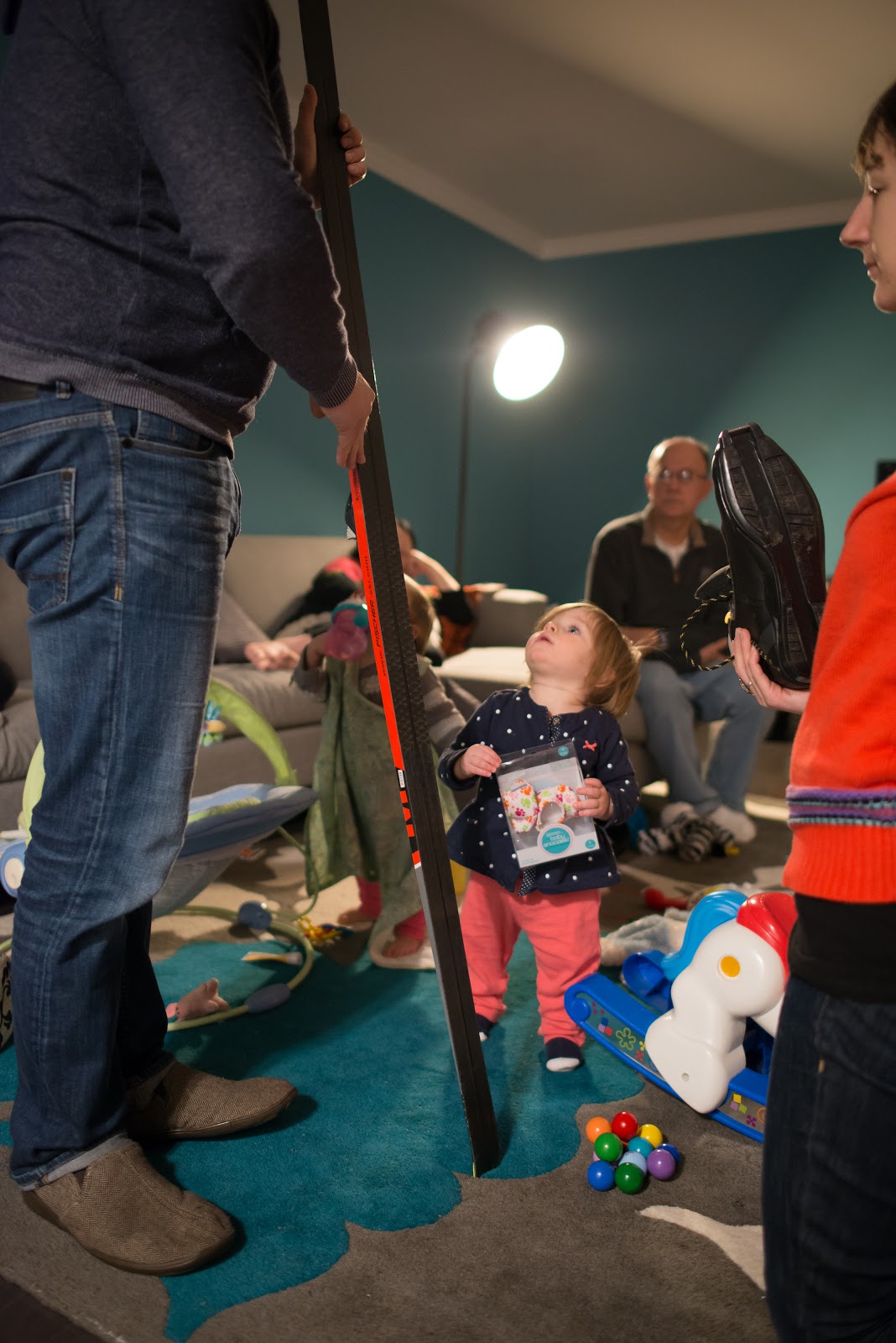 Dennis gave me the 411 on how to buy cross-country skis. Ah some day.