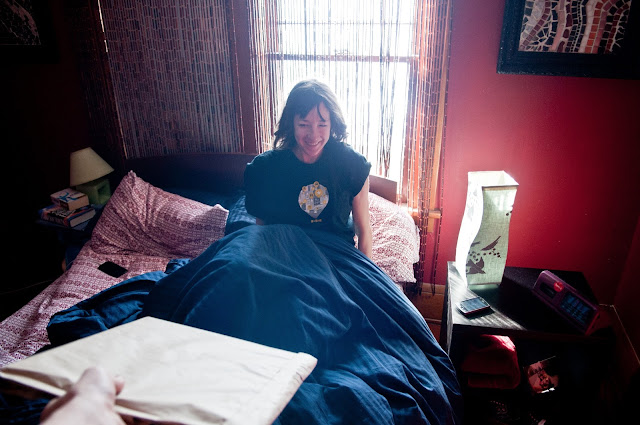 I waited in bed hoping Scott would make me breakfast. We didn't really have anything to make so he brought me my presents instead. 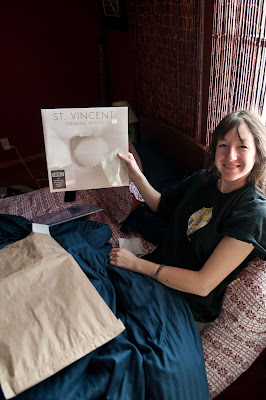 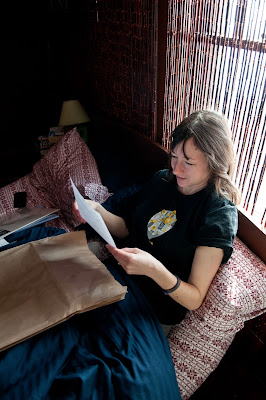 He got me St. Vincent and Cat Power records and tickets for my all time favorite artist Hayden.

I was going to get her the new Hayden record, but thought this combo would be just as good. 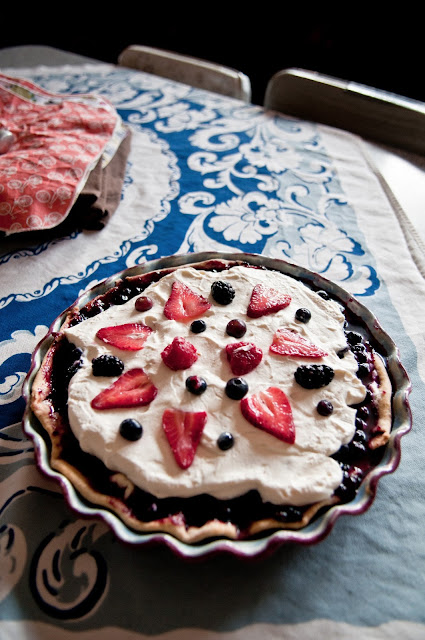 For my birthday dessert this year I asked for blueberry cheesecake pie. We still had blueberries in our freezer from when we went berry picking. Scott complained the whole time he made this since it was his first pie. I think it turned out really well.

This is not really a cheesecake since it's never cooked and doesn't have any eggs. I was a bit disappointed in that, but it did look pretty. 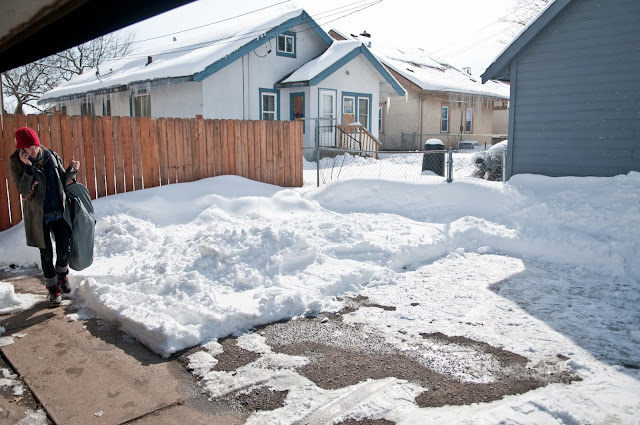 I had off and Scott decided to put off work so we could spend the day together.

As you can see snow is going well into March this year. 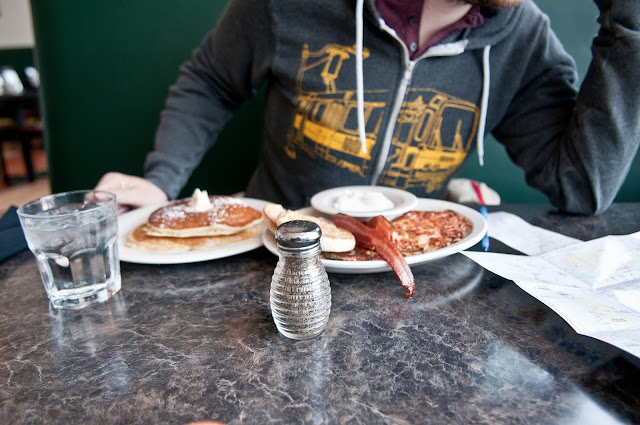 First we had breakfast at the Lowry Cafe. I got my favorite: corned beef hash.

I spent most of the breakfast talking to the county health department. It seems we finally have everything lined up for Brooke's pregnancy. 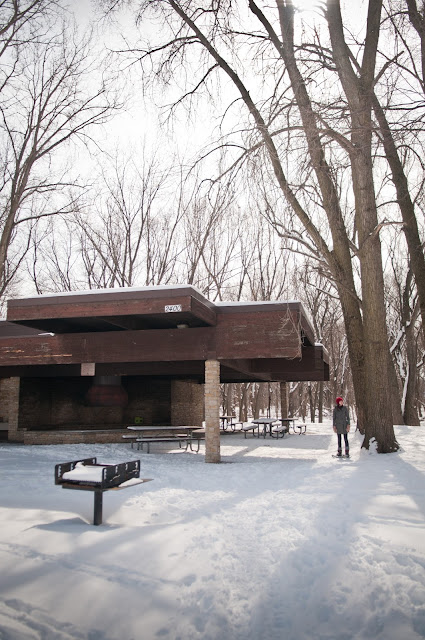 We had just had a snowstorm so with fresh snow we went snowshoeing at Crosby Farm Park in St. Paul. 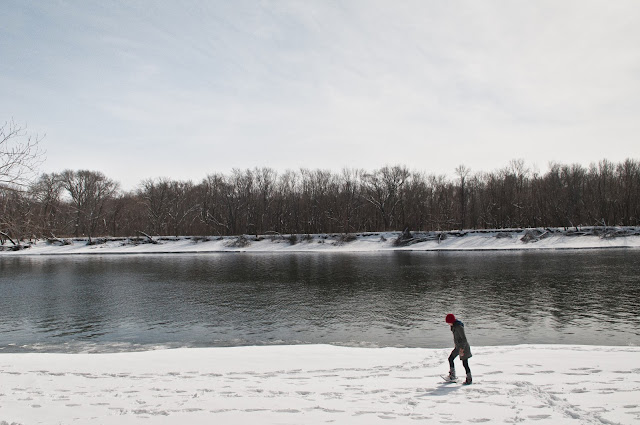 The weather and snow were perfect. 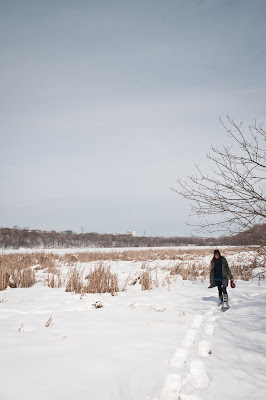 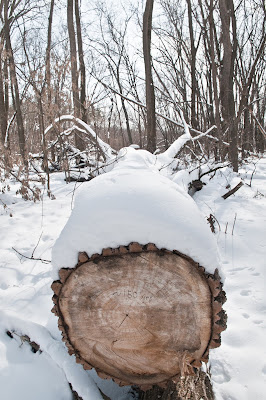 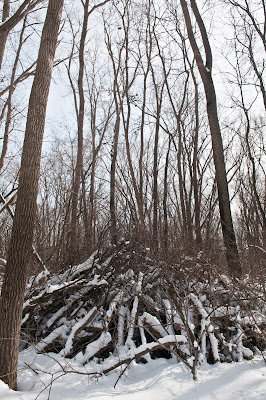 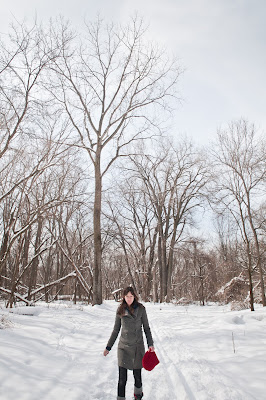 I was getting tired and trailing behind.

Apparently I always take pictures of her trailing behind. Whoops. 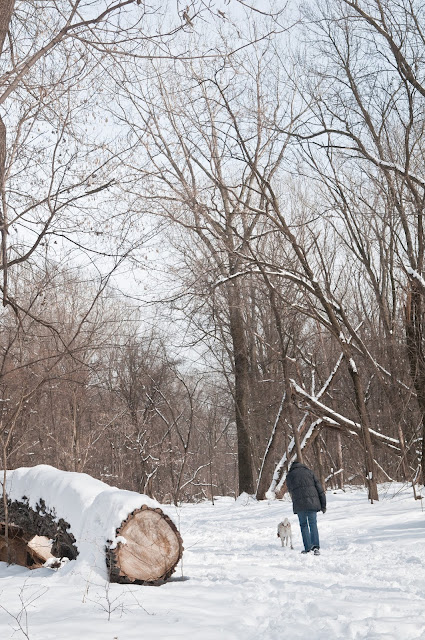 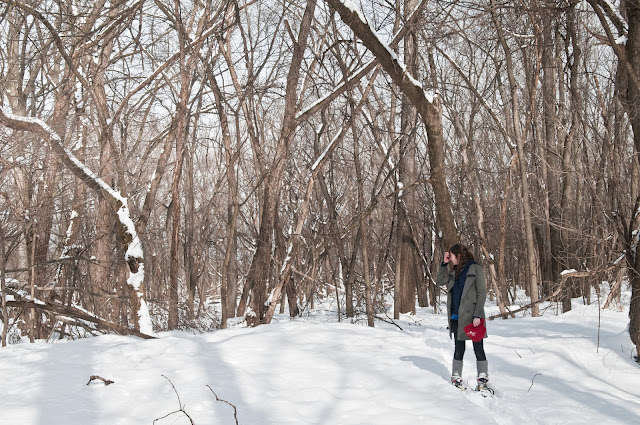 After blazing our own trail, we eventually made it  back to the main trail and the last lag of our hike. 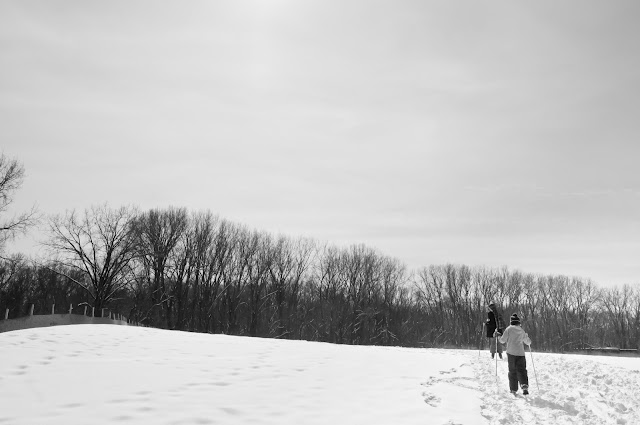 One last field and we were on our way. 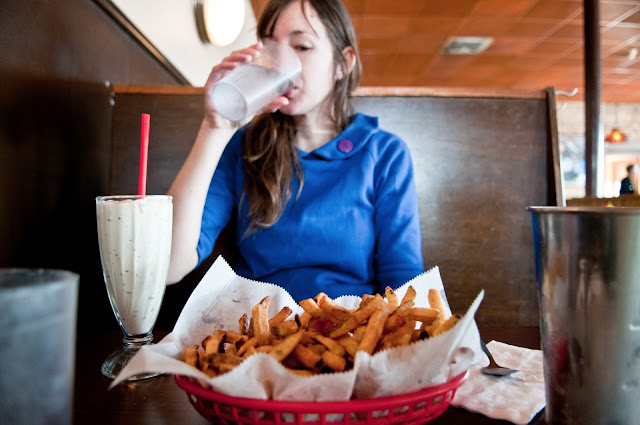 After snowshoeing we stopped at Annie's Parlour for a milkshake and fries.

It seemed to me that the baby wanted ice cream. 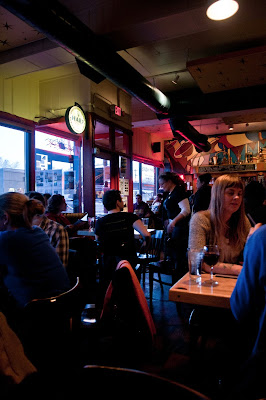 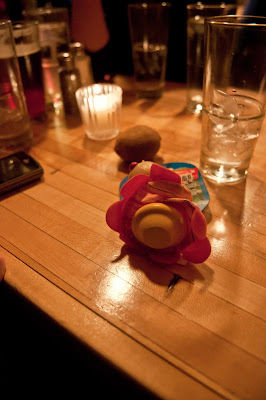 My plan was to go out for dinner and bowling. Our original bowling plans fell through because of league night.

We headed over to Bryant Lake Bowl and of course there was a private event going on, so we didn't get to bowl there either.

In the end it was fine we had dinner (I had always wanted to come here anyway) with Tyler, Emma and Olive. Emma got me, or more so for baby bo-dot, a kiwi, teething rings and a caterpillar rattle.

All of Brooke's presents are starting to become early baby gifts. 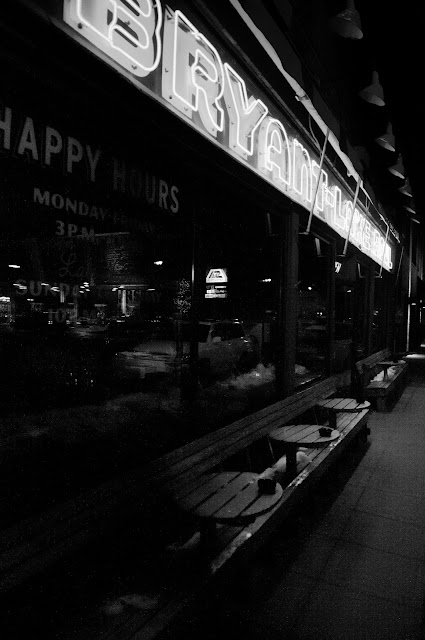 I was a little sad our night had to end early, but I had a good day anyhow. 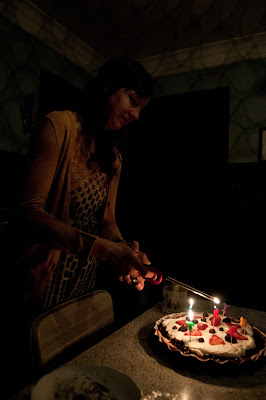 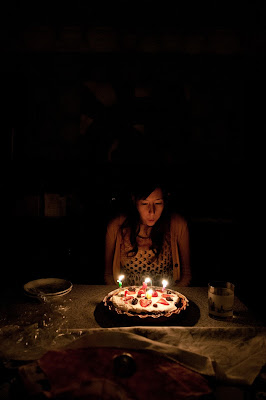 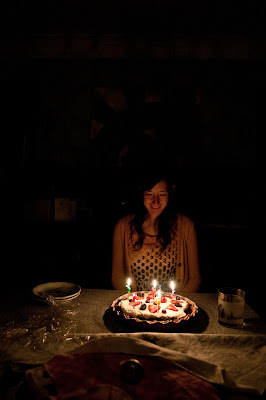 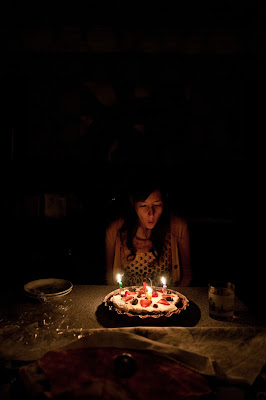 Back at home we had some pie and watched Game of Thrones.

Not a bad way to end a fun-filled birthday; the last one we'll ever spend with just the two of us.